Really got myself a good boat in Abandon Ship, and it's doing some fierce pummelin' with all those cannons. 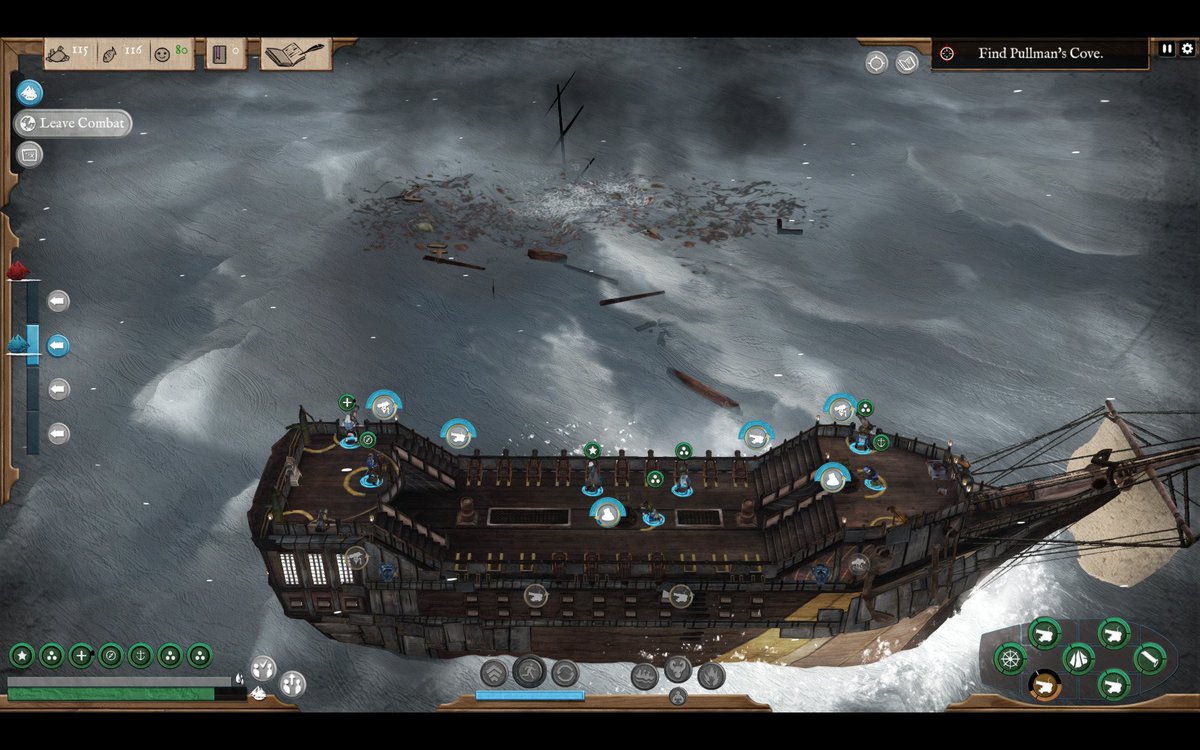 For anyone who was watching my stream the other night, I have some terrible news. I dismissed Earl. The poor guy had a very tough time, having gone overboard twice in one battle. I like to think he's drinking it up in the port tavern where I cut him loose. Farewell, Earl.

I let go of Earl to make room for a new gunner, BLOOD BUCKET!