@RAICES needs Spanish speaking lawyers, or lawyers with translators. My husband is a native Spanish speaker, so we go as a team. 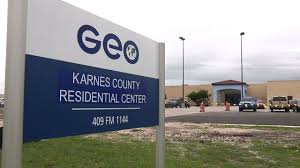 1/ The law: If asylum seekers arrive without documents, they can:

2/ They’re then entitled to hearings to determine if they’re eligible for asylum.
Lawyers help them navigate the process.

For the next week, I’ll offer my thoughts & experiences at Karnes.

3/ Sunday: I reviewed the training materials and I’m ready to start work tomorrow.

Most refugees are from El Salvador, Guatemala & Honduras—where endemic levels of violence pose the greatest danger to women, young adults, and children.

Categories of people in danger include:

4/ 💠women who don’t want to be property;
💠men who won’t join a gang (often the gang will threaten to kill their entire family)
💠men who identify as homosexual.
💠people who refuse to pay extortion money
💠people who witnessed a violent crime and cooperated with authorities

5/ Last time I was here, I worked with a mother and preteen daughter, who fled because the daughter had very dark skin, and dark-skinned girls were in constant danger of being raped and killed (treated as subhuman). Dark-skinned girls had to be guarded at all times.

6/ Another young mother fled after a gang killed her husband, and her husband’s killer (according to gang custom) claimed her as his prize and property.

I am not allowed to bring metal water bottles or eating utensils. Plastic only. I'm forbidden to give food or water to the families inside. I'm not permitted to take pictures of the interior.

Make no mistake: This is a prison. 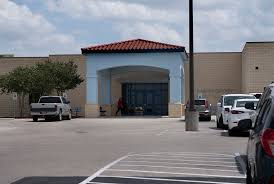 8/ Tuesday: Last time I was here the detention center was mostly filled with young women with children fleeing gang violence (don’t even get me started with how women are treated in those gangs).

This time it seems most are fleeing political oppression.

9/ I guess they come in waves.

I listened to descriptions of totalitarianism in Cuba: If they don’t vote in national elections as required, the government finds out within a few days and they risk being killed.

They can’t hide in the country: The government will find them.

10/ The asylum seekers have said or done something so that they've been essentially marked: Either they conform or they risk “disappearing.”

I wish everyone could take a turn in the chair I sat in yesterday.

You see what gumption looks like. Each of these women . . .

11/. . . have more gumption than most people you’ll meet in a lifetime.

After these stories, the “we are already living in an autocracy” doomsaying sounds silly.

We’re tipping dangerously toward oligarchy, we’re not there yet.

I urge everyone to find a way to volunteer . . .

💠You’ll help save our democracy [the only way to save democracy is through democratic means], and

💠You lift yourself out of daily news cycle, which helps conquer the Outrage Dilemma. What do I mean? See⤵️

Someone asked me to tell some of their stories. I can't because of client confidentiality. . .

14/ . . . but I can speak generally about the nature of the stories, because when you sit in the chair long enough, patterns emerge. People are running from places were the police do the bidding of the local boss. There is nothing even resembling due process.

15/ People live in constant terror. I asked one woman what would happen if she stood up in public in her country and said, "A woman should be allowed to say no," and she said, "I would be killed."

I may have given a wrong impression earlier, which I'd like to correct:

16/ When I talked about women victims of gang violence, I didn't mean women who were part of the gangs. I never had a client who was a gang member. They were women who resisted, who didn't want to become gang property & were kidnapped or worse by gangs.

17/ Thursday: The work is satisfying; I know I am helping someone.

I haven’t worked with a client who could return safely to her home country. Stories from Congo & Guatemala are among the most horrifying.  https://www.nytimes.com/2018/06/11/us/politics/sessions-domestic-violence-asylum.html …
Sessions chilling idea that domestic violence. . .

18/ . . . is not grounds for asylum falls on women who are forced to marry abusers.

One difference from last time I was here: There aren't enough volunteers, so many don’t get legal assistance. For many, returning home is certain death. (For others, a high probability)

As the saying goes: Whoever saves a life save the whole world.

20/ One change since last time I was here: Raices now has enough voluntary lawyer so that each asylum seeker can have a lawyer present during her first hearing.

Here was something odd: Some asylum seekers had been told (& they believed) they were better off WITHOUT a lawyer.

21/ Don't worry. I explained. (They evidently trusted me.)

Remember, they’re coming from places where all government and all officials (including police) are in the hands of the local gang, or a totalitarian regime without an independent judiciary, so . . .

This is my last day in Texas. I'll be heading back to California later.

An exhausting week, but rewarding:
I not only helped a lot of people — I pushed back against barbarity.

I can try to answer questions.

If you wonder why there are not enough volunteers in the detention center, but enough for the hearings, it's because the lawyer appear at the hearing by telephone. It's less time consuming and can be done remotely.

Saturday: I am home after a stop this afternoon at the Santa Barbara Indivisible March.

Instead of returning home with horror stories of what I saw in detention facilities, I came home with something else:

After hearing the horror stories of what life is like in totalitarian societies, or where there is no functioning government (the government is in the hands of bandits and outlaws), I appreciate what we have here . . .

Is it perfect? Of course not. Do we have problems here? Certainly.

But we have a working democracy, an independent judiciary, a free press, and meaningful elections.

Let's hold on to it. That means we must all get busy👇  https://terikanefield-blog.com/things-to-do/
(I'll be updating my list soon)

All my threads are also blog posts. You can view this one here:  https://terikanefield-blog.com/new-detention-center-journal/ …