Today’s Yearling of the Day, who was born at @OtterRunKennel, doesn’t have any brothers or sisters on our team. But that doesn’t mean he’s not related to the other yearlings. 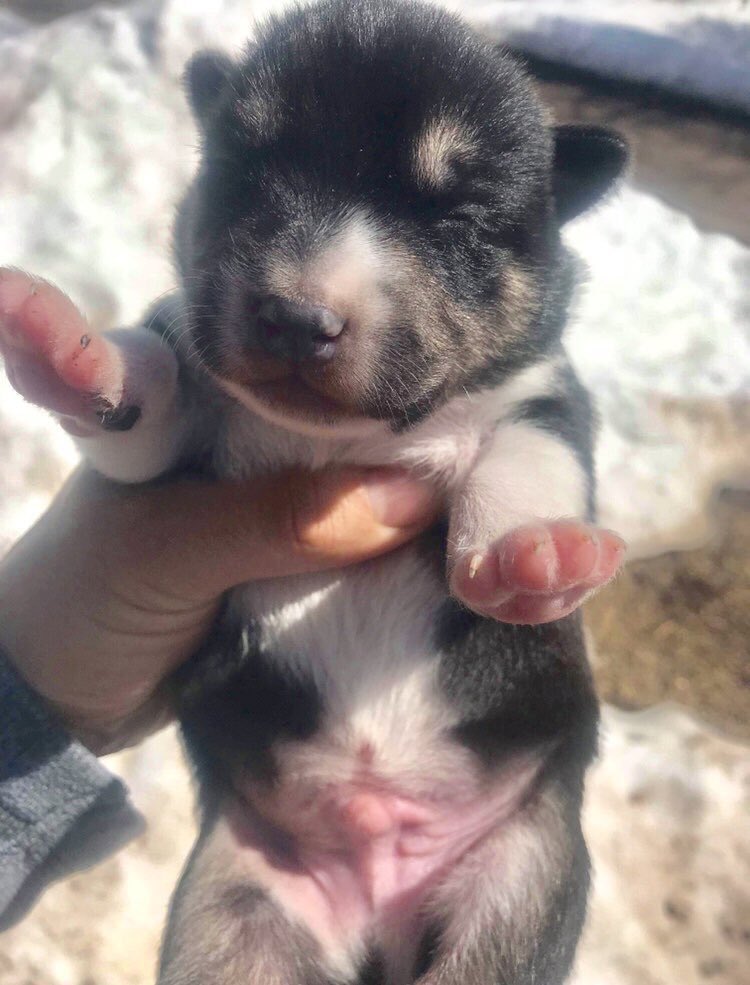 You know who else’s mom she is?

That means that even though Biggie is only 2 weeks older than our other yearlings, he is actually their great uncle. 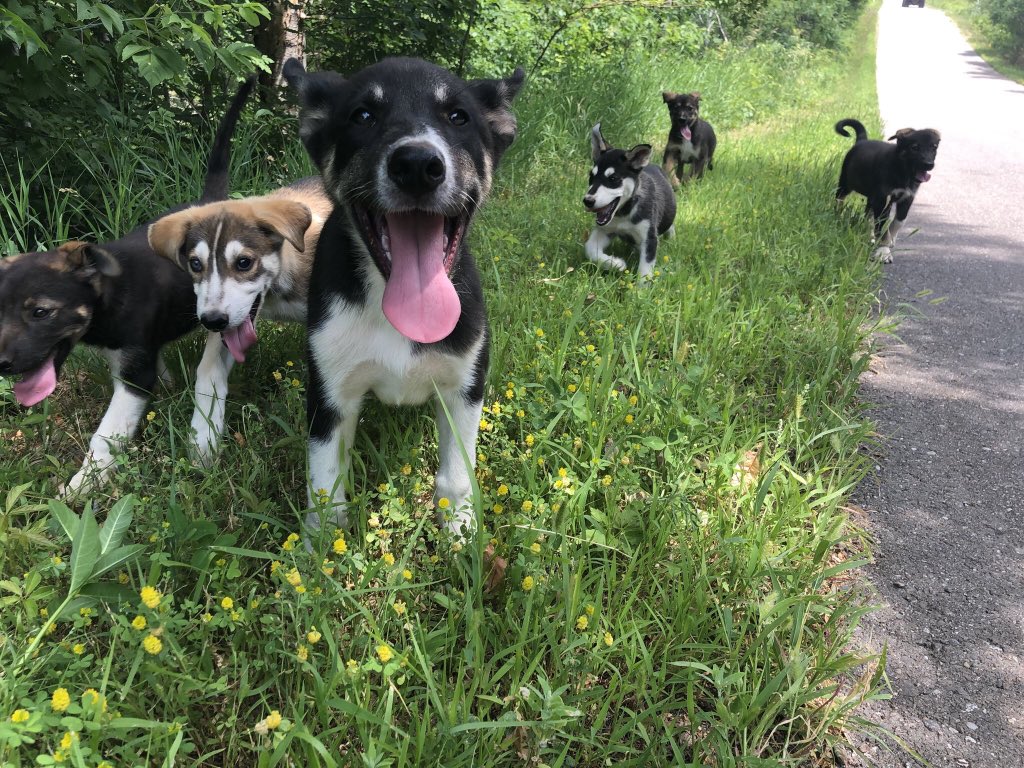 Biggie spent much of his childhood romping with Willow’s pups. He was bigger than them, sure, but none of the puppies cared. 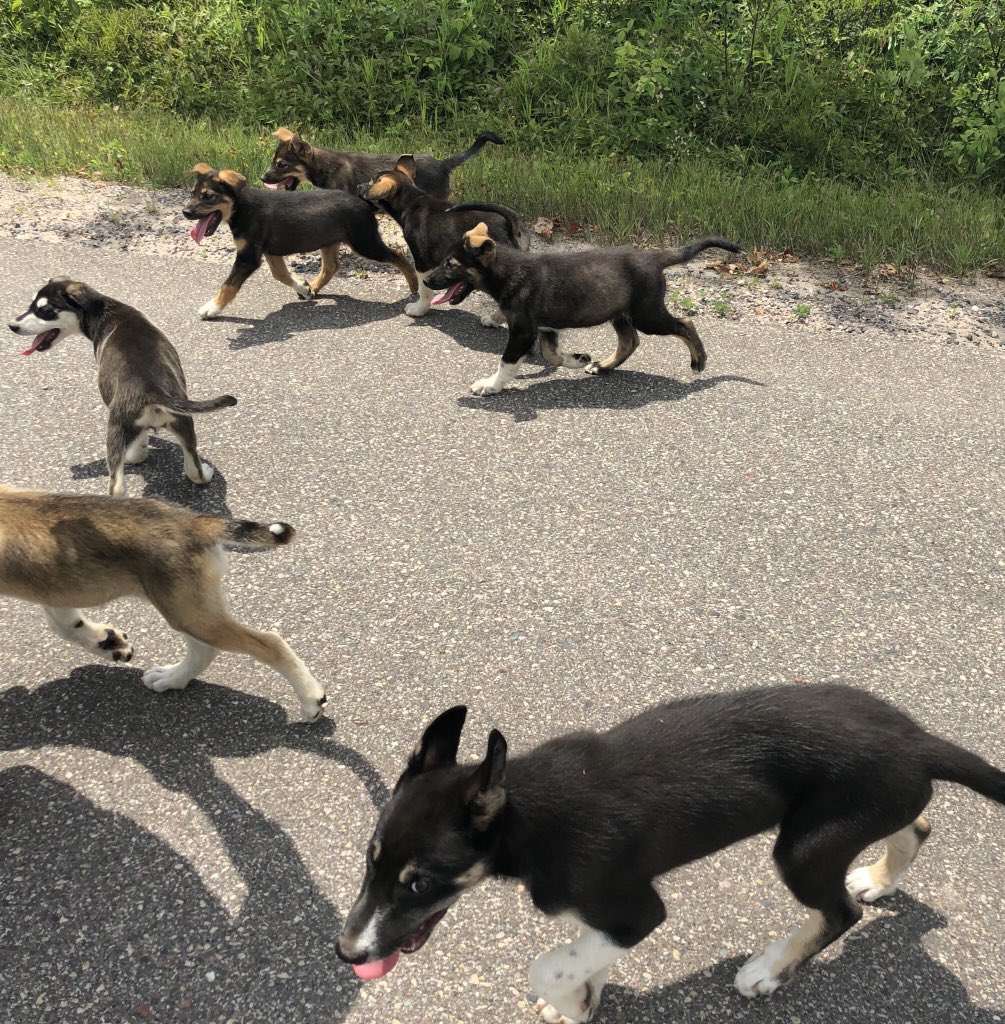 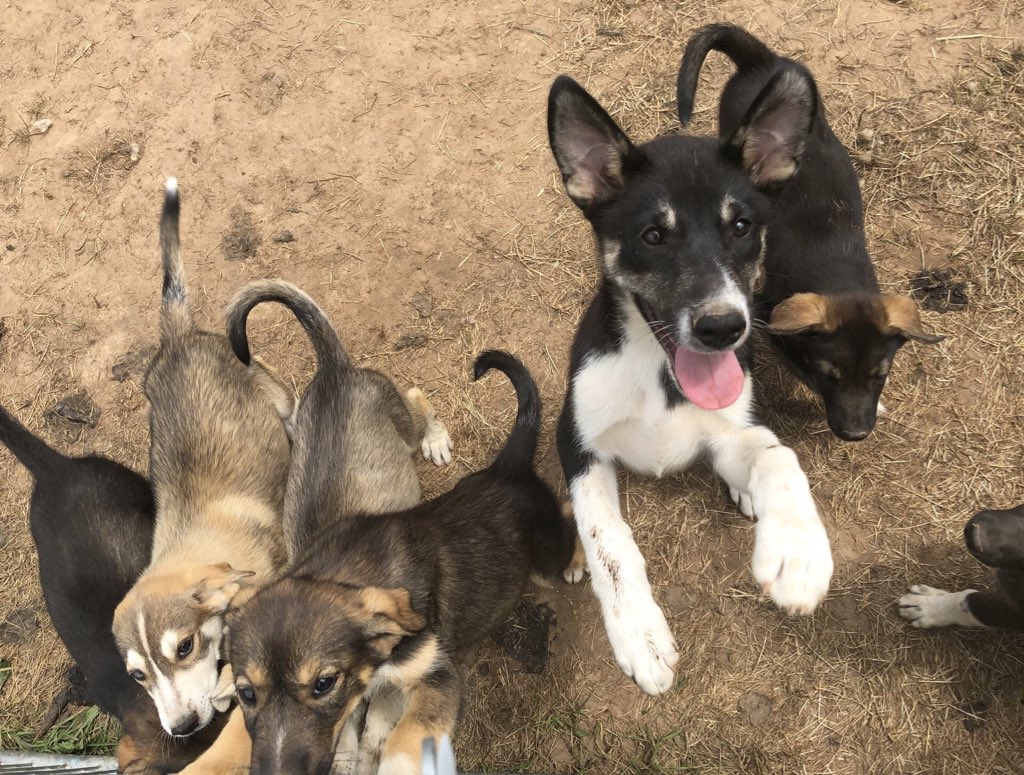 He’s always been a cuddler. 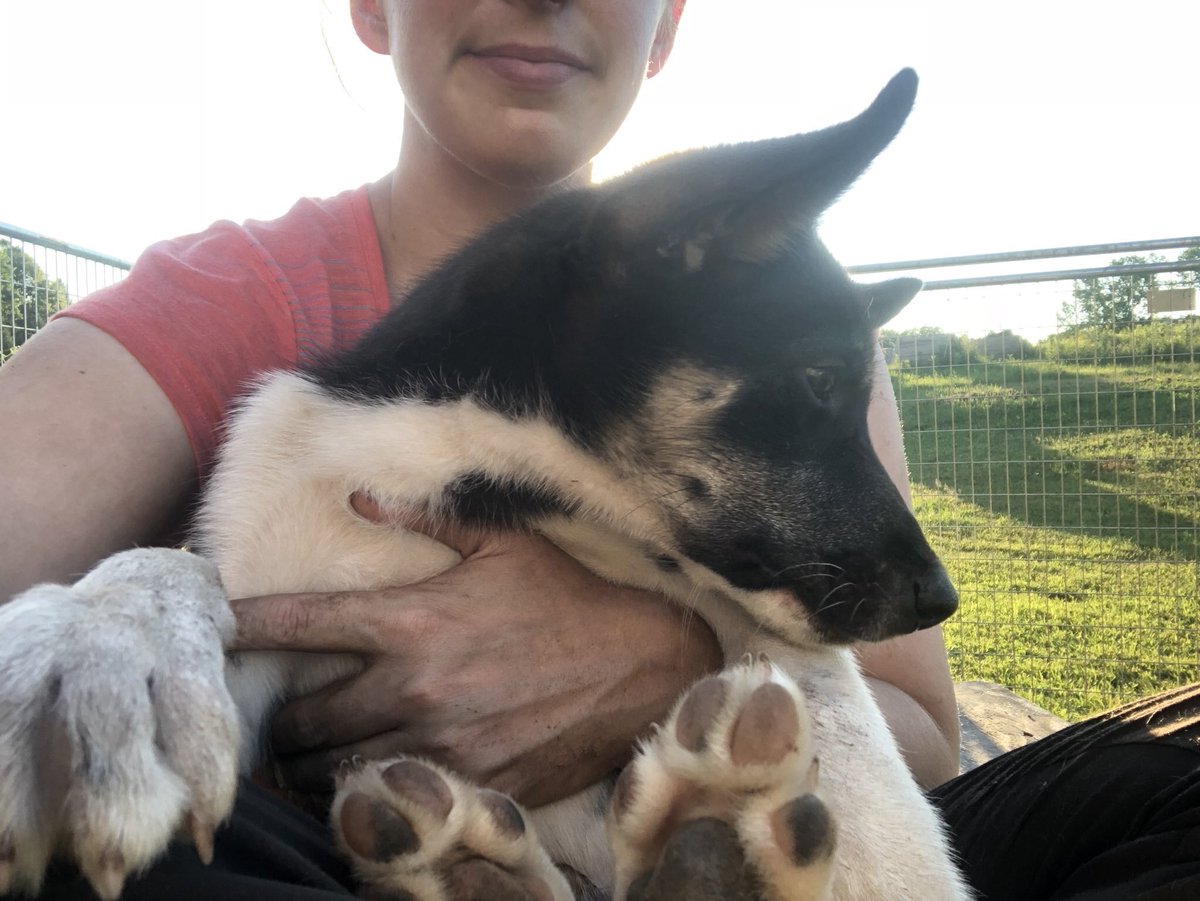 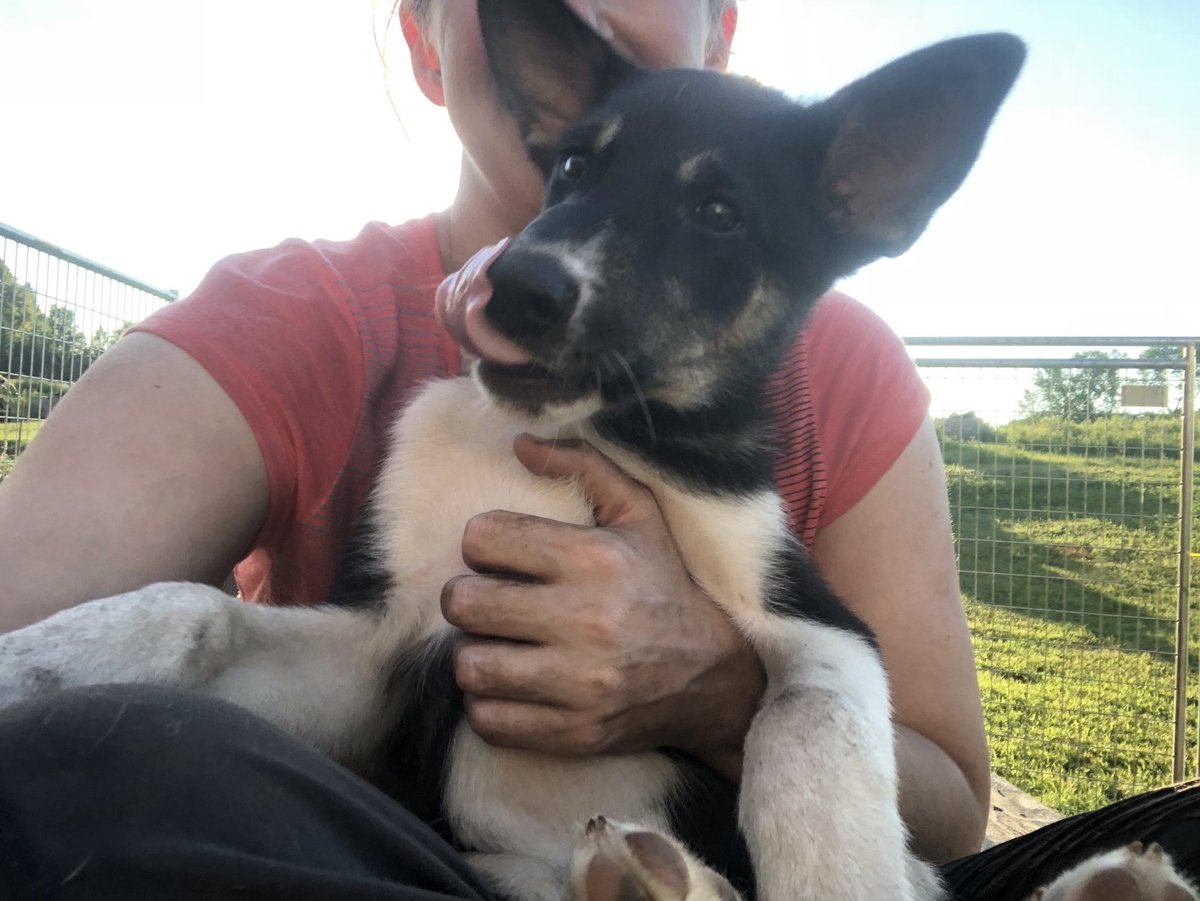 He was a very confident puppy because he could always do new things a week or two before his friends.

He got to go on special trips sometimes with @QuinceMountain. 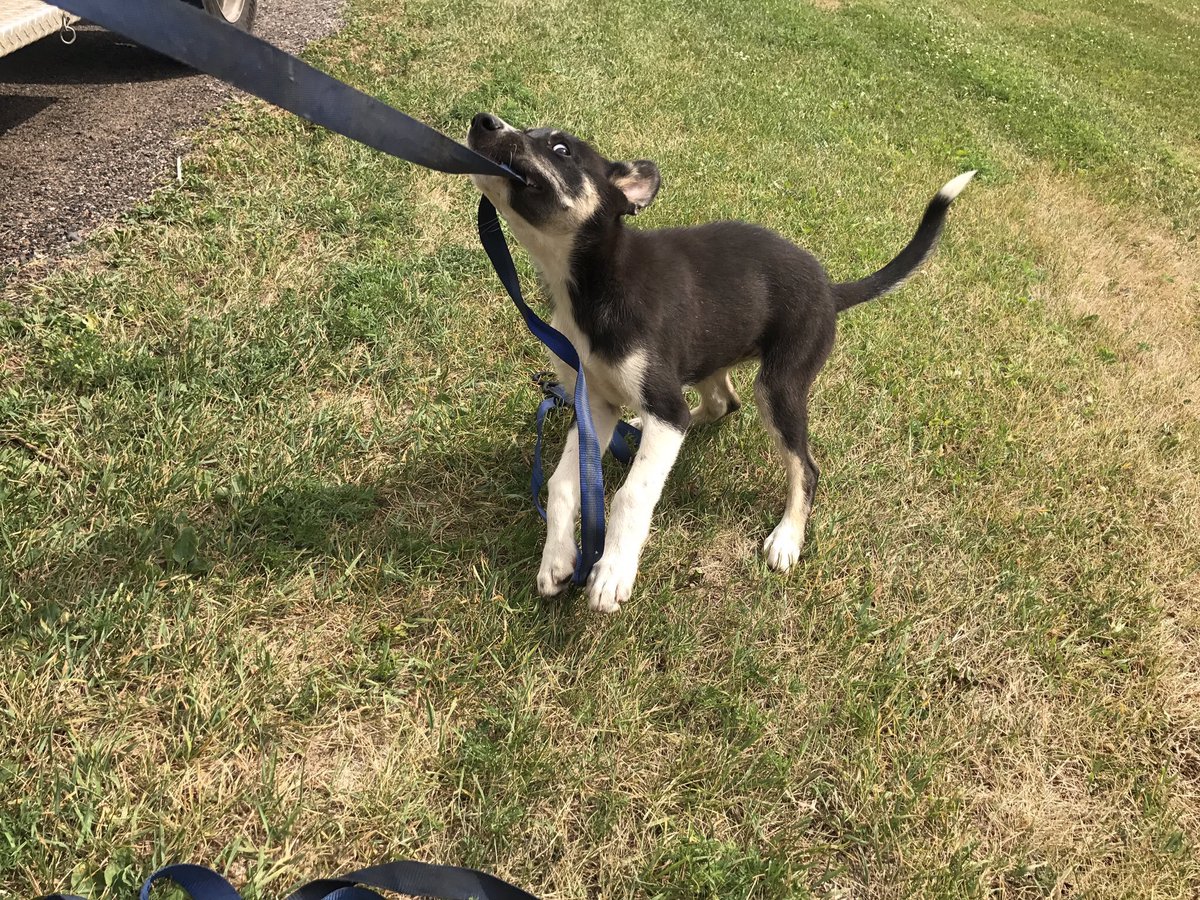 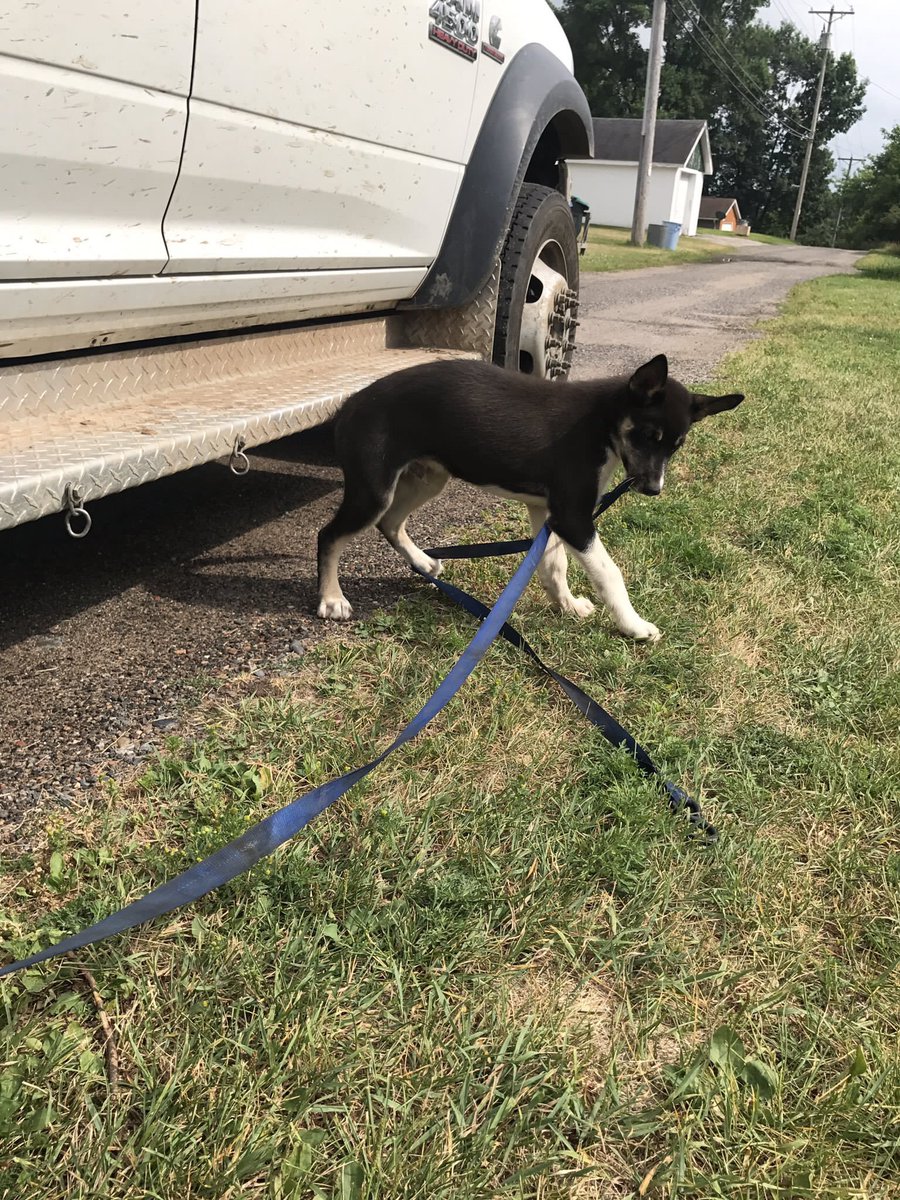 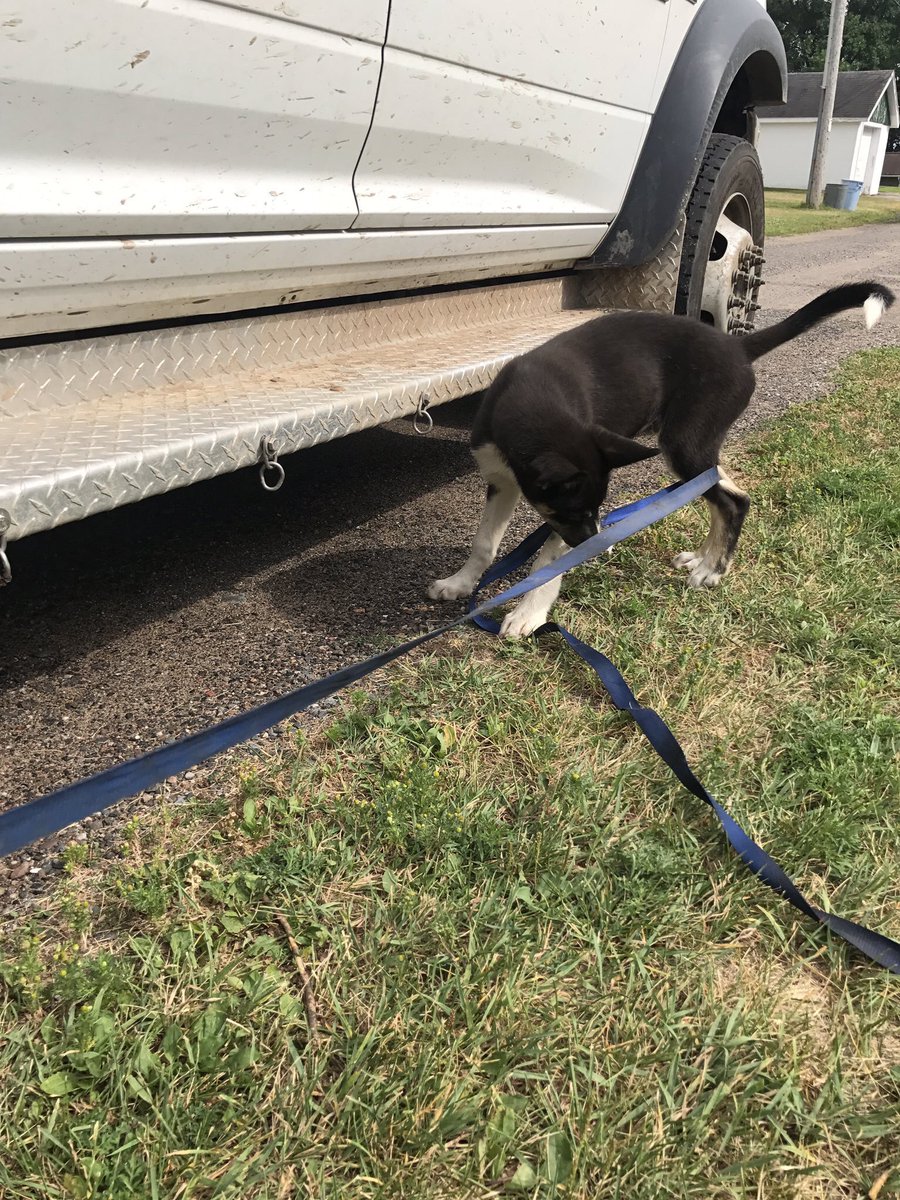 We got to know his personality better during the winter. For instance, he is an enthusiastic barkbox passenger.

He is afraid of guitars, but we’re working on changing that. 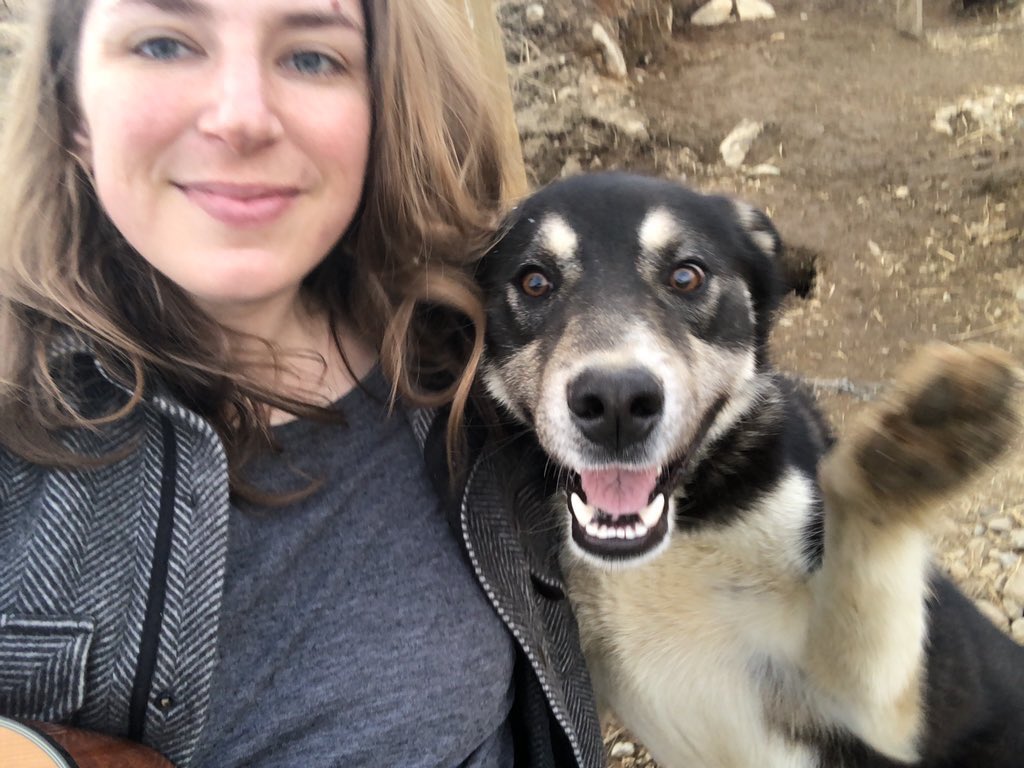 He loves food very much. 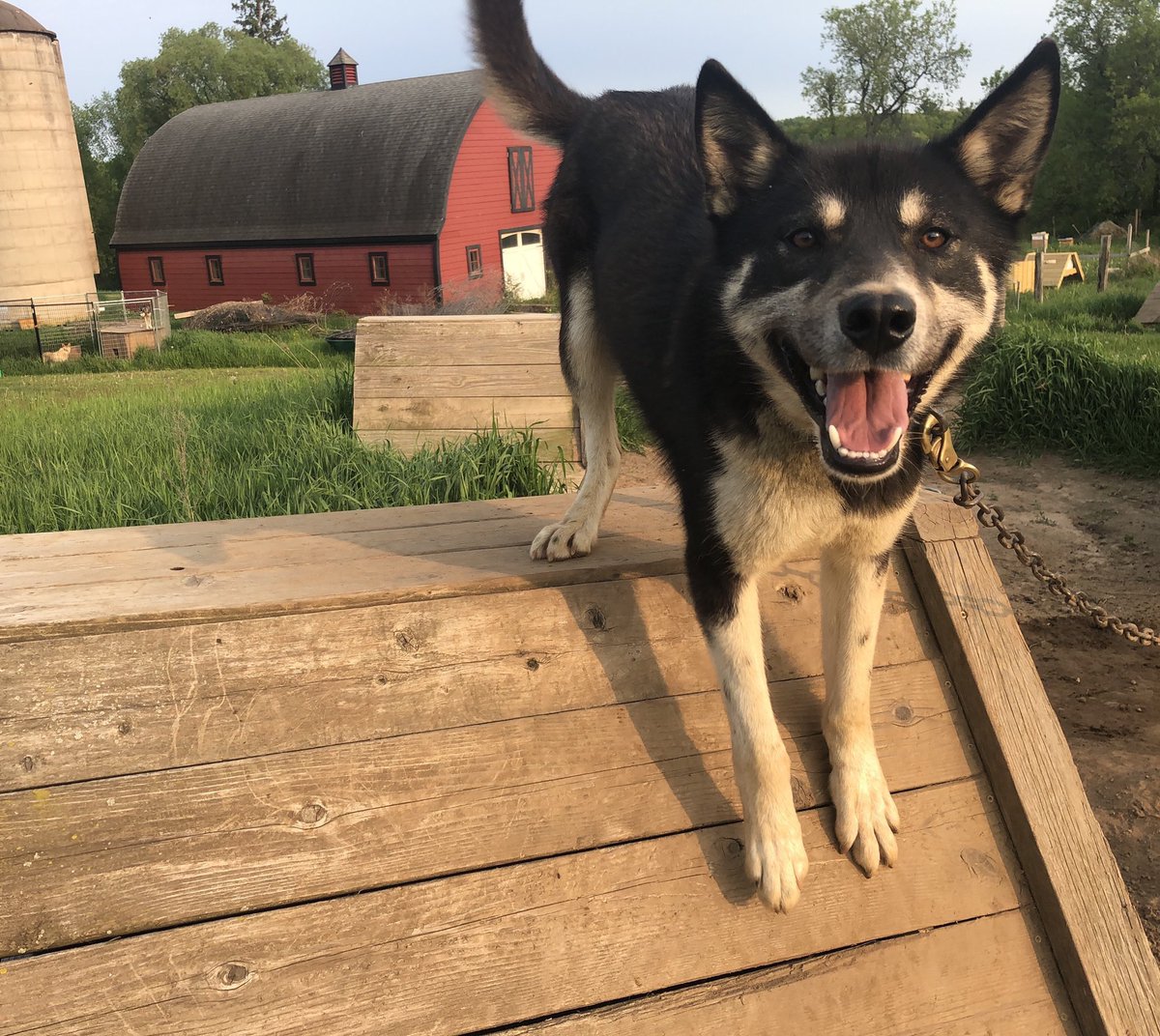 His biggest challenge is that he doesn’t get along with the other yearling boys. So he doesn’t get to go to the bog with them, or go on other special adventures that involve a group of dogs running loose (if there will be other boys there). 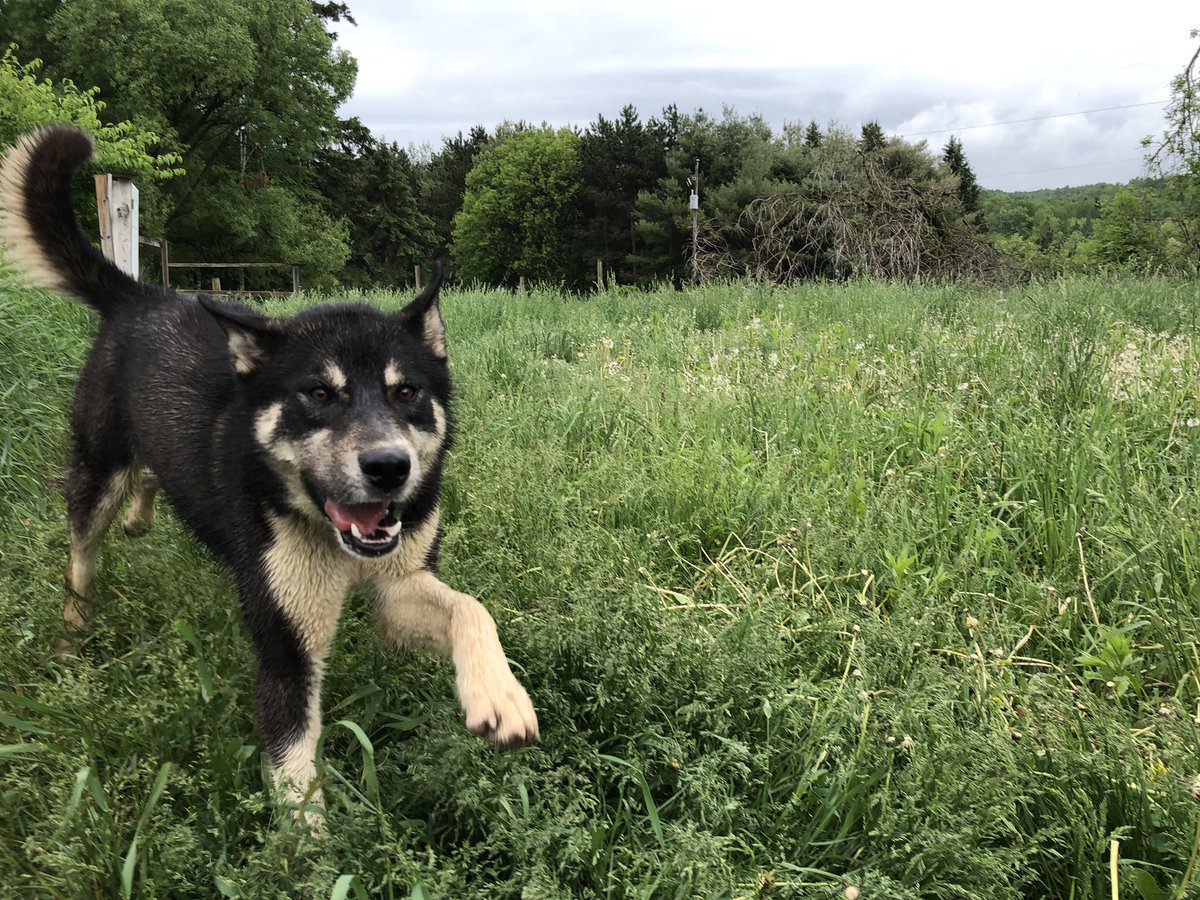 BUT he’s getting neutered this summer, and we think he’ll get along with the other boys better after that. His nephew Spike didn’t get along with other boys when he was a yearling, and now Spike loves everyone. Puberty is hard. Hang in there, Biggie! 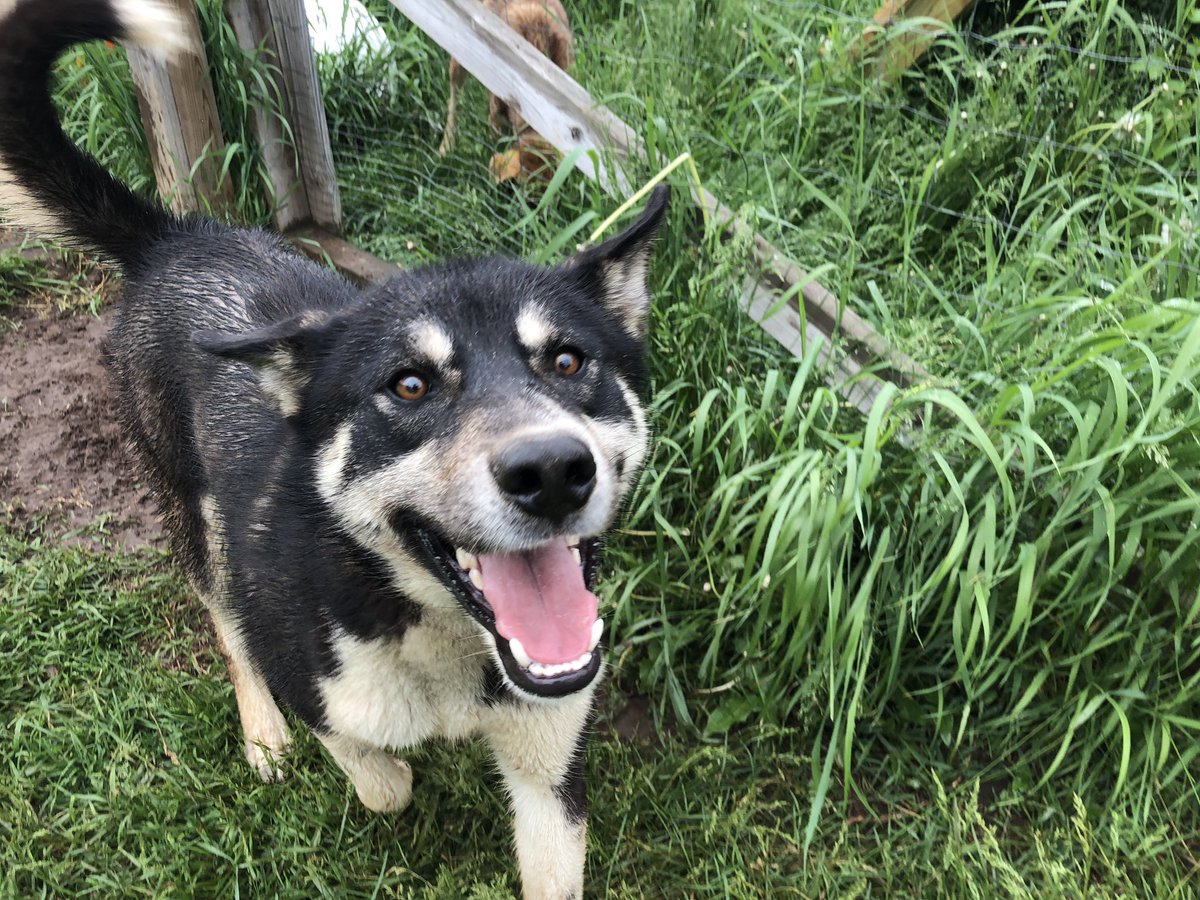 For his latest training session, Biggie joined Hari and Refried in the garden on a rainy afternoon. 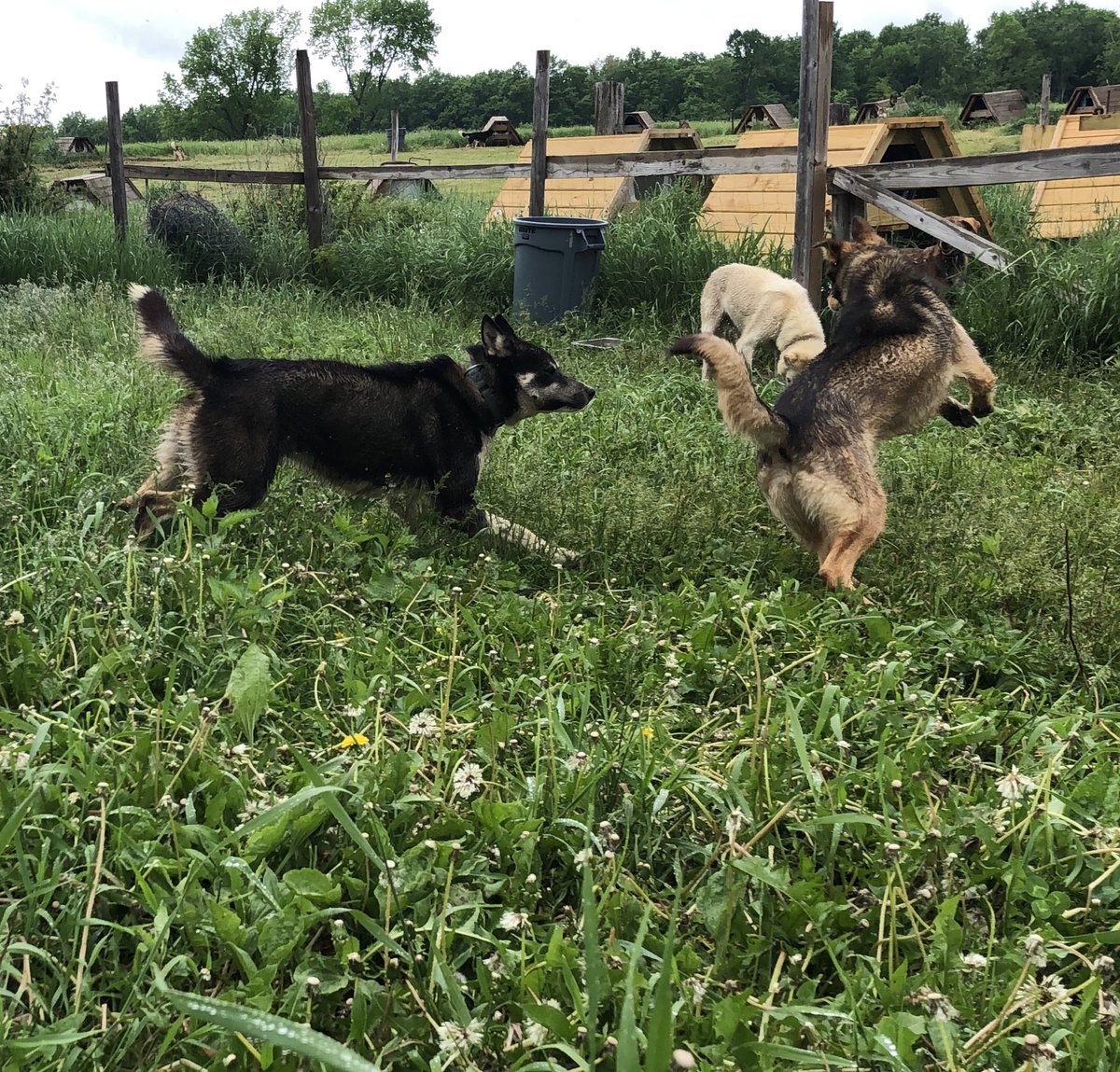 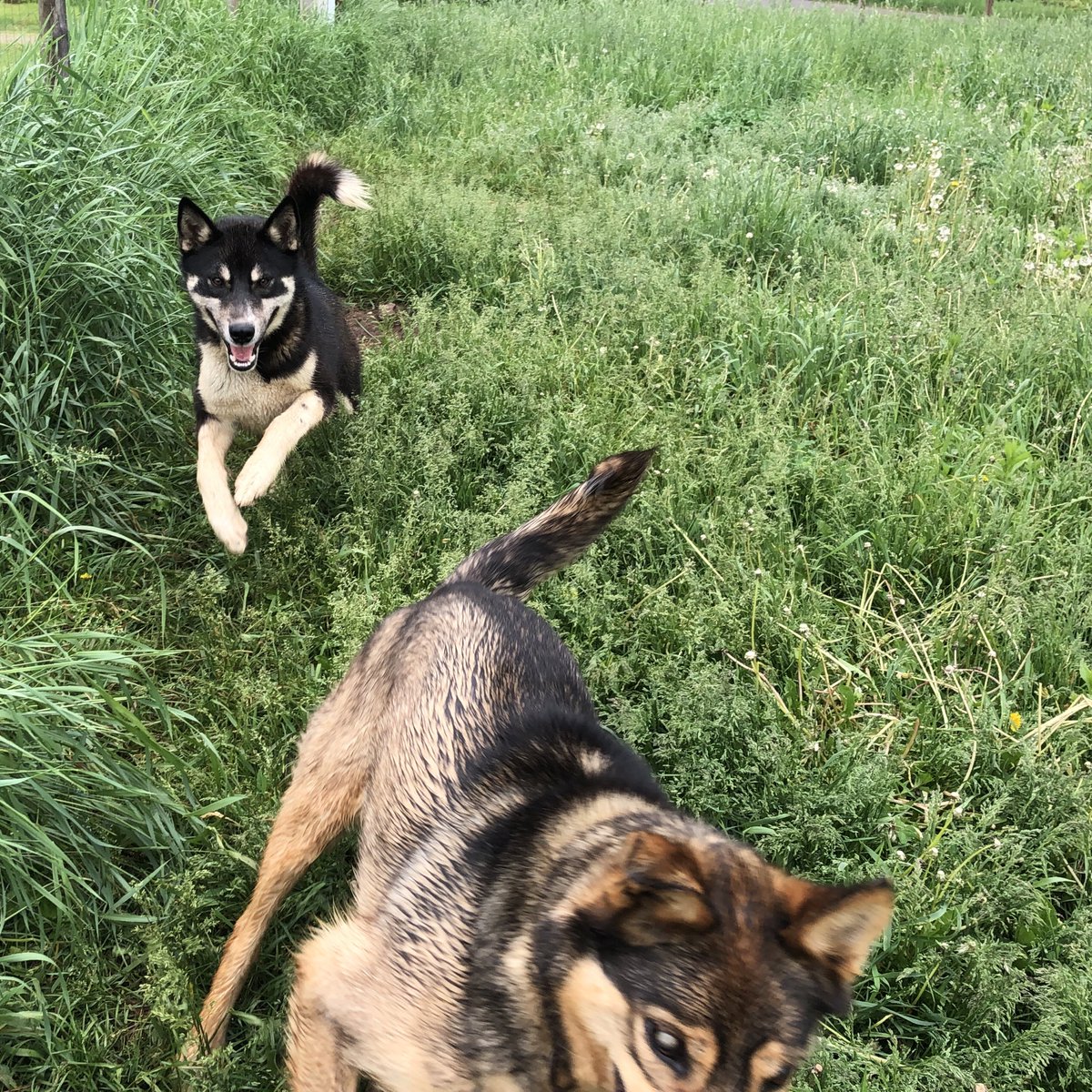 Our friend built some extra dog houses for us, but right now they’re all sitting empty near the garden. Flame and Jenga thought that the extra houses made great bleachers for watching the fun. 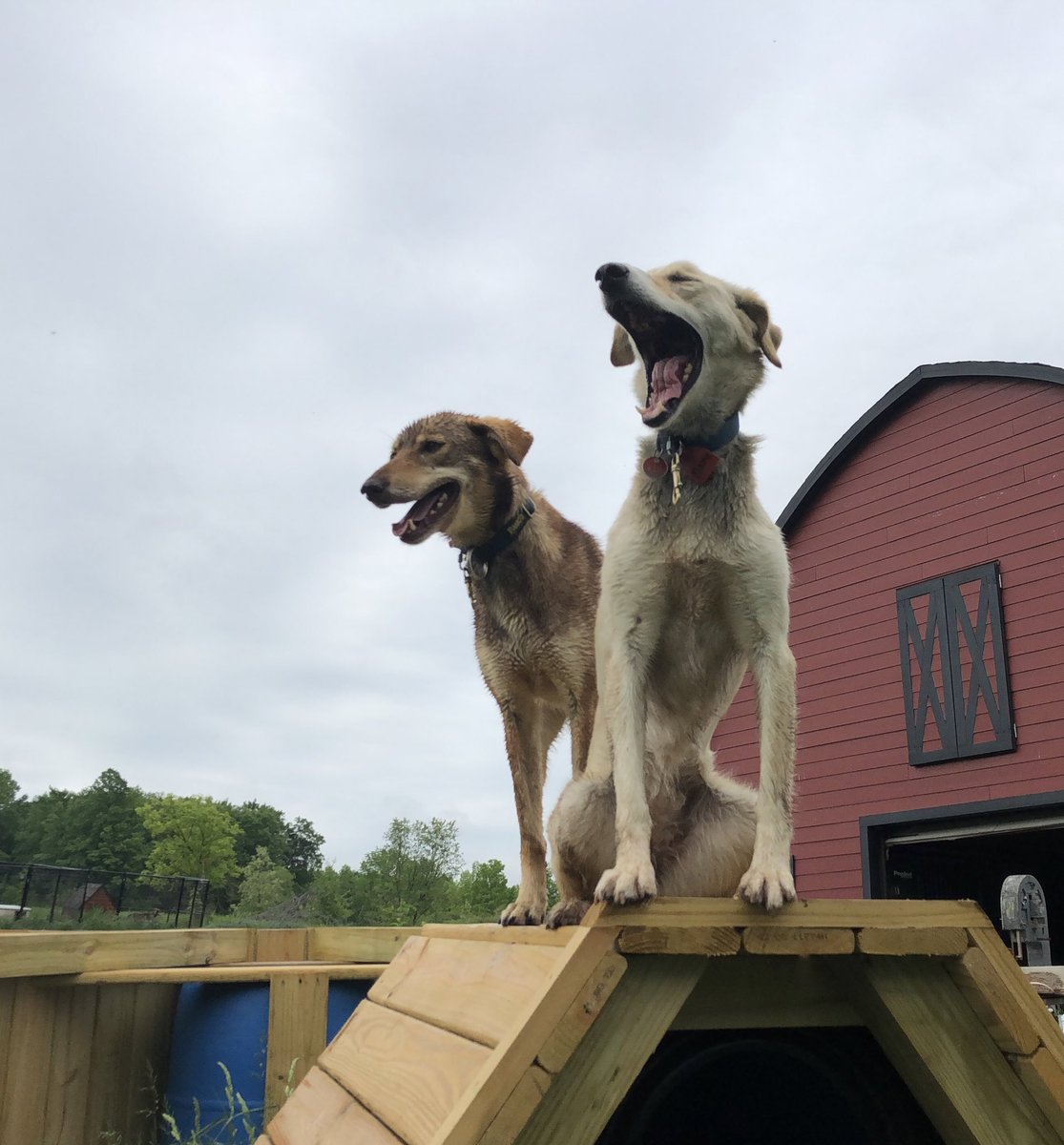 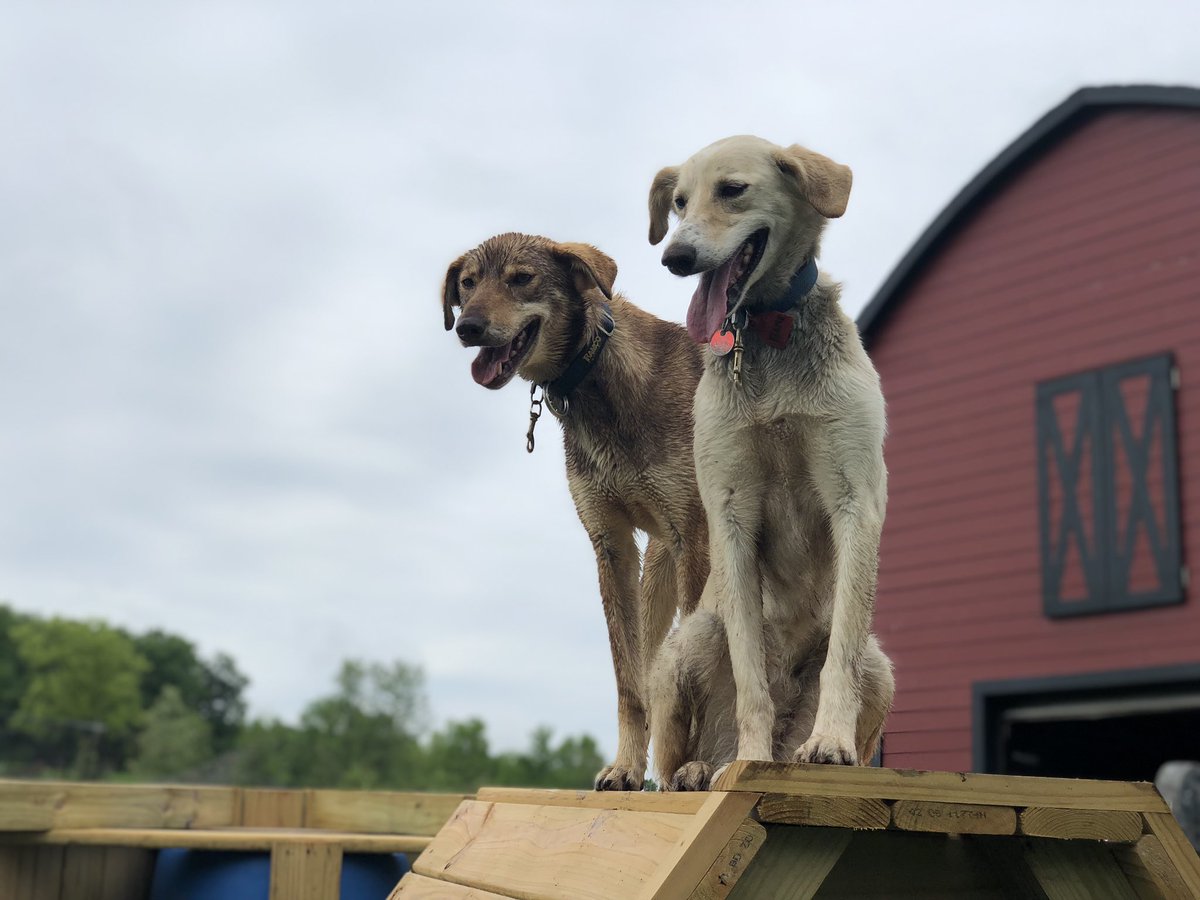 Here is Hari explaining some life lessons to Biggie. 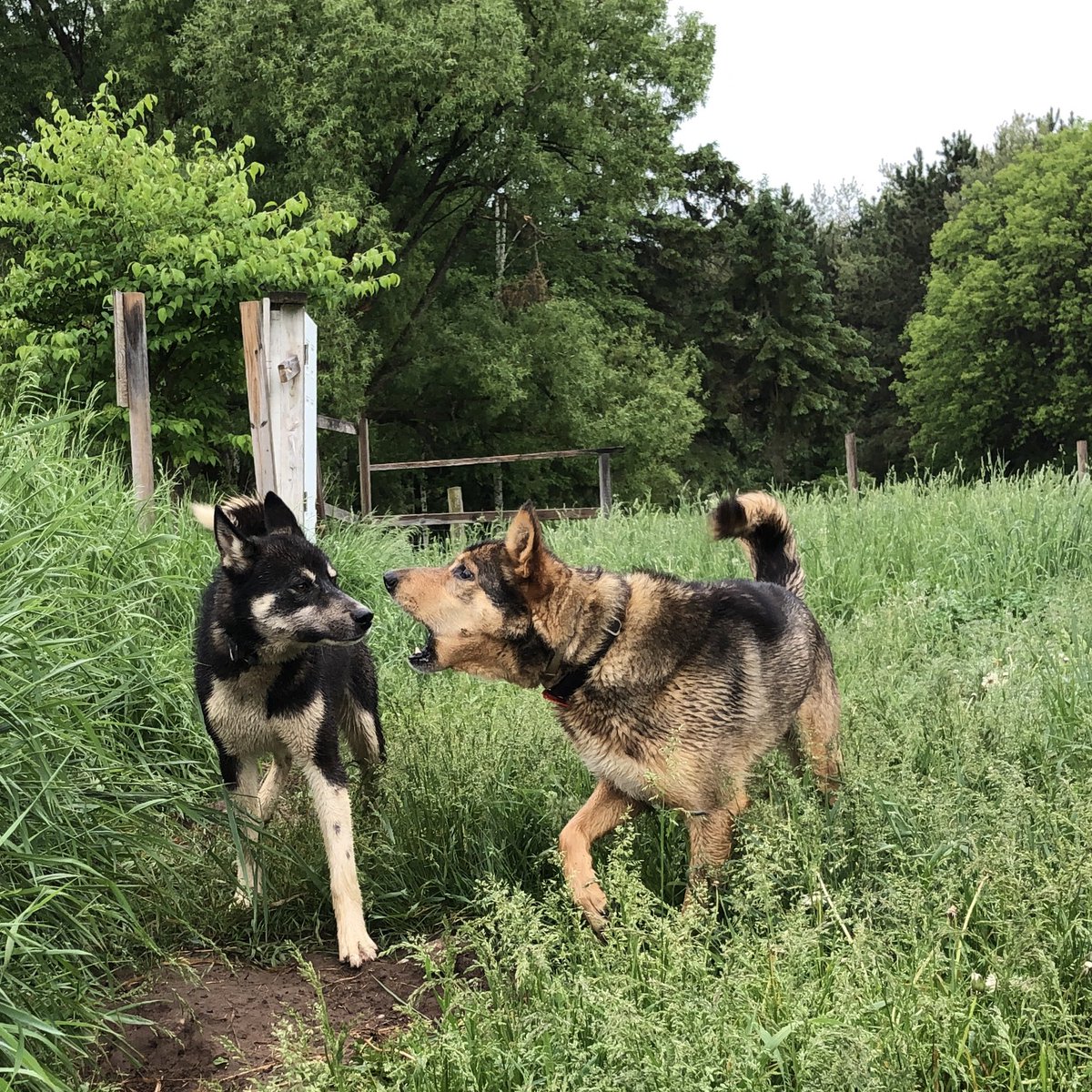 Working with Biggie on recall is a delight. He’s eager for tender moments and gentle attention, so he comes barreling over and presses his head into my legs, smiling his huge smile the whole time. 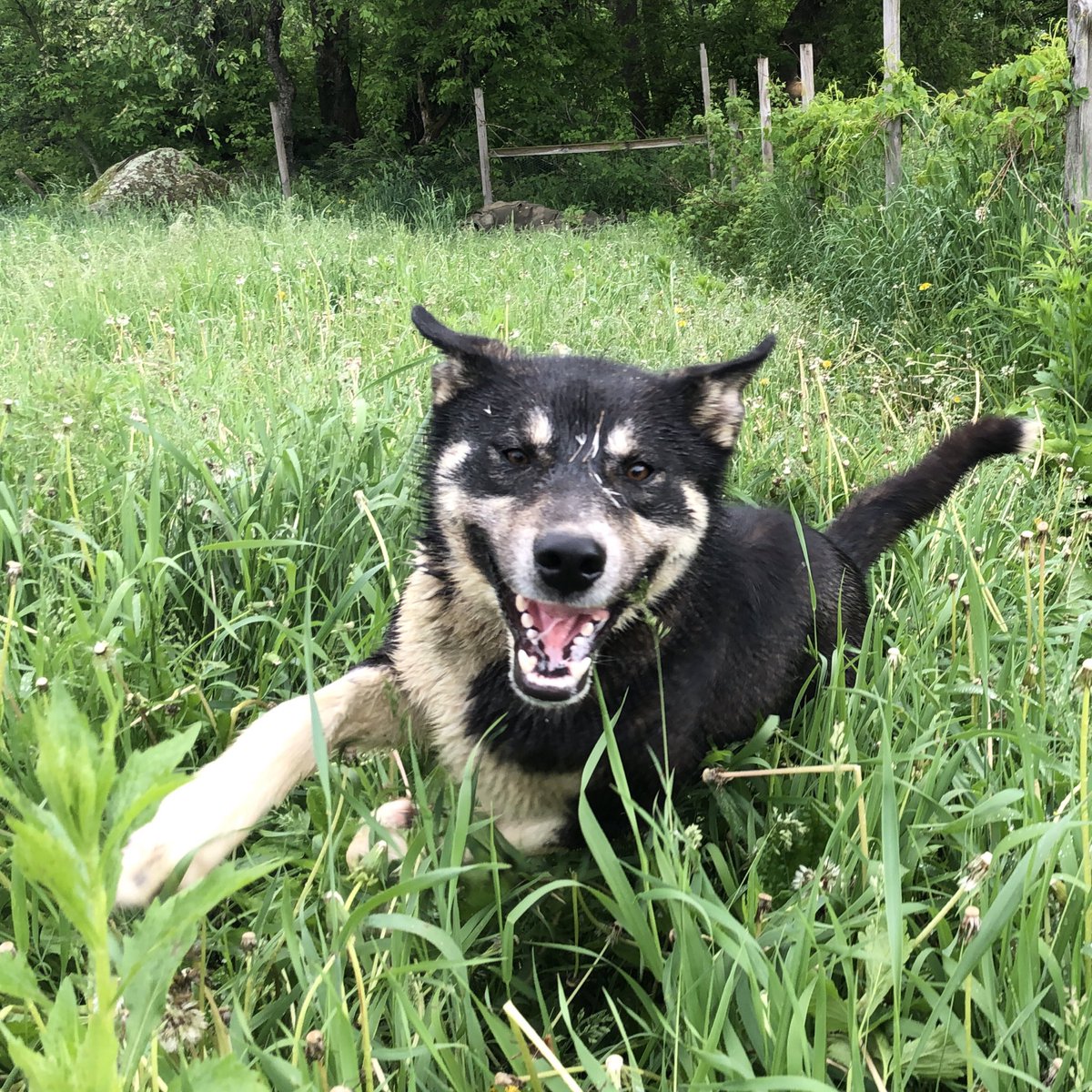 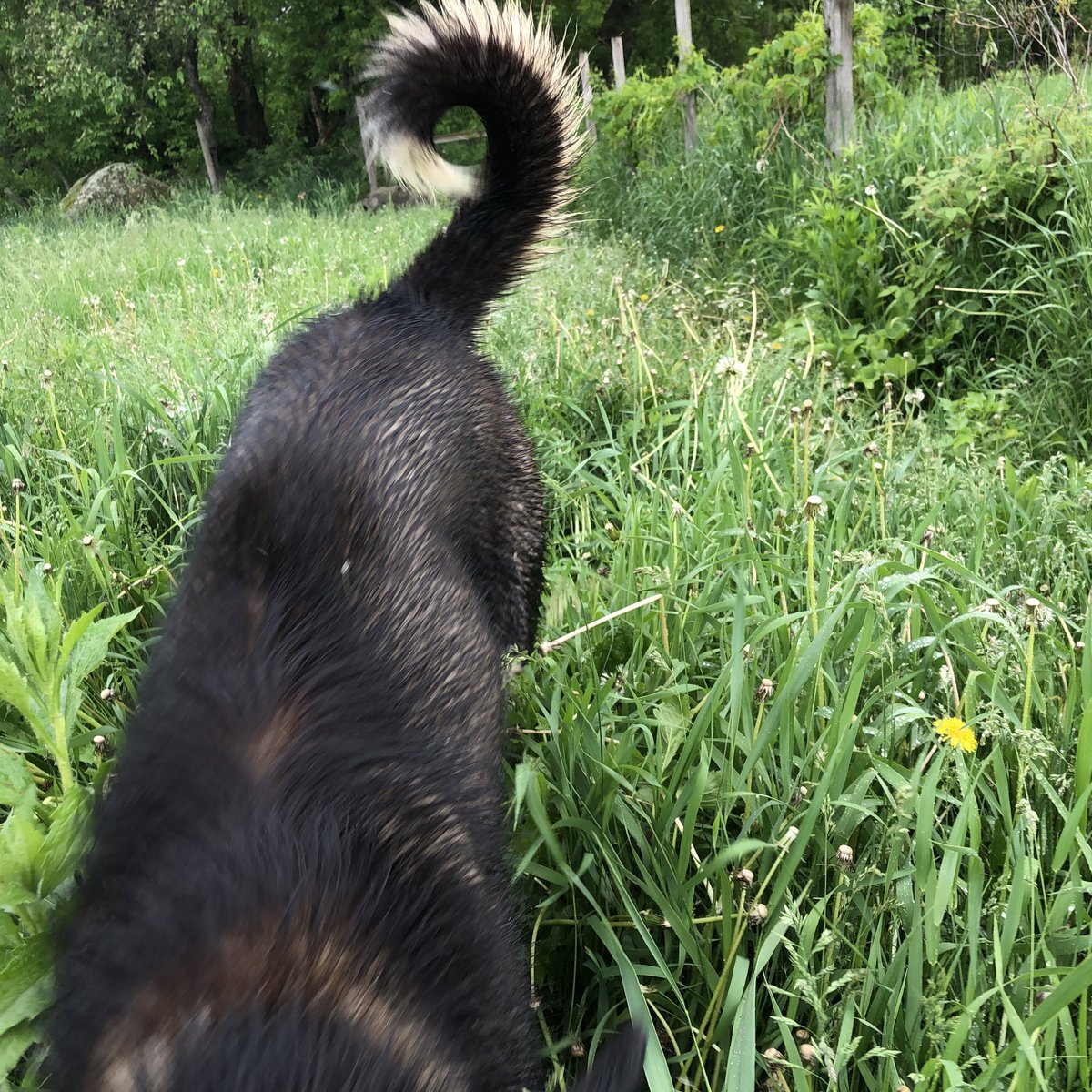 He has thick, plush fur, and scores a solid 10 on the SDSI.

My predictions for this boy? He’s strong and a great eater, so he’ll bring a lot of power to the team. And he’s already a big lover, but he will only turn into a bigger lover as he grows up. I can’t wait to share my sleeping bag with him on campouts. CUDDLE CHAMP. The end. 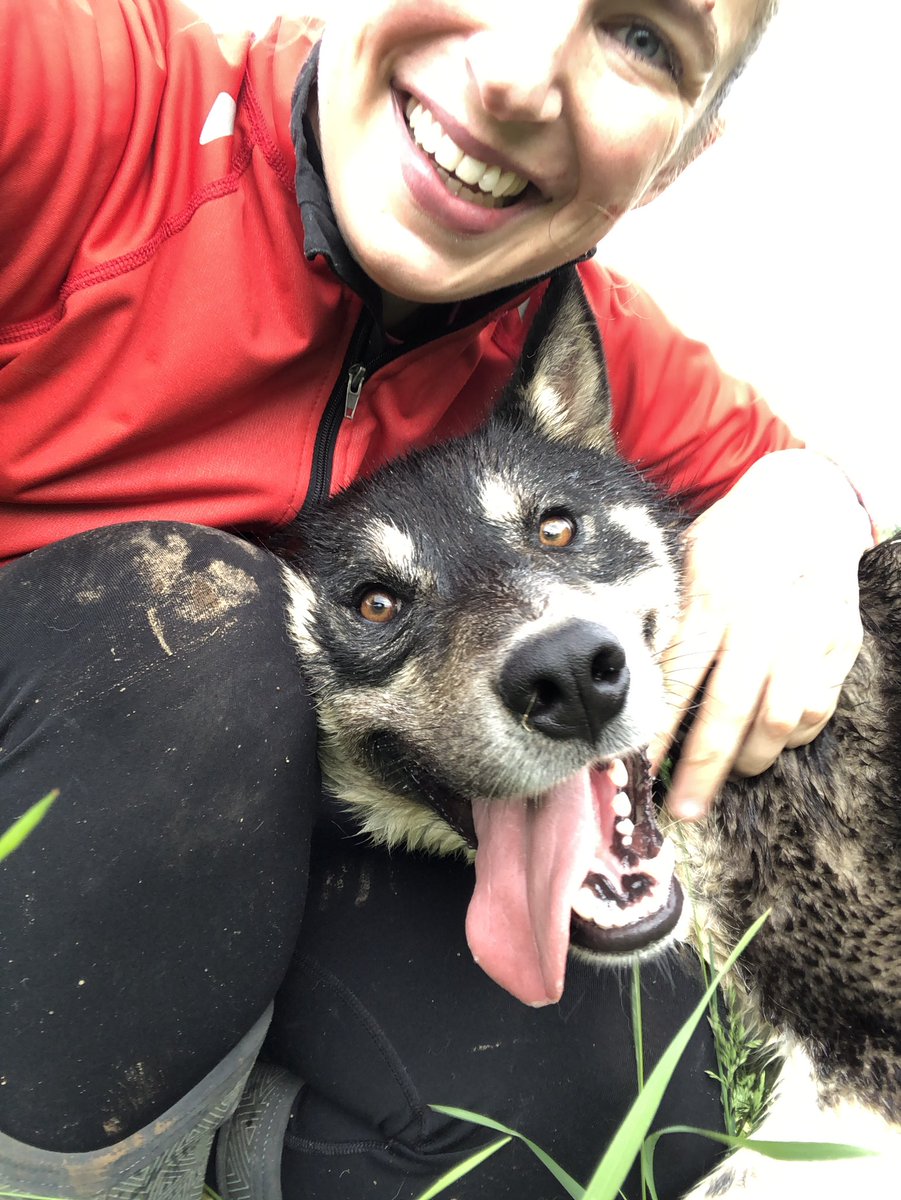 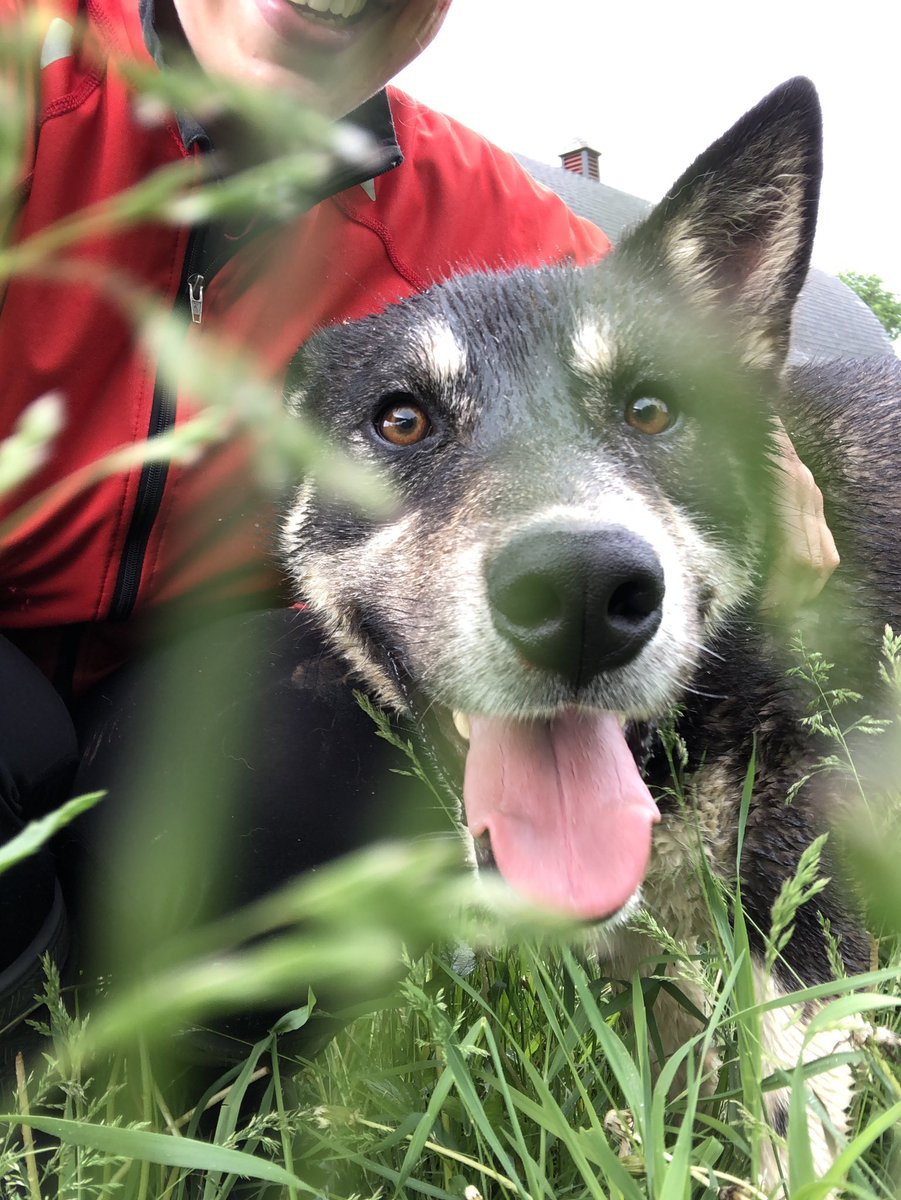