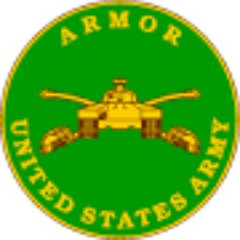 Before The Income Tax, Our Nation Was Supported By Tariffs  http://newswithviews.com/before-the-income-tax-our-nation-was-supported-by-tariffs/ …

Under free trade, the trader is the master and the producer the slave. Protection is but the law of nature, the law of self-preservation, of self-development, of securing the highest and best destiny of the race of man.

Free trade destroys the dignity and independence of American labor… It will take away from the people of this country who work for a living— and the majority of them live by the sweat of their faces— it will take from them heart and home and hope. It will be self-destruction. —

Tariffs are what kept America’s manufacturing alive, our people with decent jobs, our ability to purchase quality goods produced by American owned companies, and because those tariffs once supported the entire cost of running our country.

For 126 years, until 1913, there was no federal income tax and we kept all of the monies we earned. Today’s communist progressive taxation is a far cry from what our founders envisioned for America’s citizens.

Post WW II, America began switching from a policy of protection, to a policy of “free trade,” which used international trade deals as a means of diplomacy and alliance-building, slowly eroding and ultimately destroying America’s status as the world’s dominant manufacturing power.

The idea that our economic tradition has been economic liberty, laissez faire, wide-open cowboy capitalism, including free trade… is simply not real history. The reality is all four presidents on Mt Rushmore were protectionists. Protectionism was, in fact, the real American way.

Gary Cohn resigned when the President called for broad import tariffs on steel and aluminum, anathema to establishment free-trade Democrats and Republicans. McMaster was fired and replaced by former UN Ambassador, John Bolton.

Congress ran the fed government on tariffs alone because fed responsibilities did not include welfare programs, agricultural subsidies, Social Security or Medicare/Medicaid.

Before the Northern War of Aggression, the need for tariff revenue to finance the federal government generally kept the tariffs at reasonable levels.

During wartime throughout early American history, the Founding Fathers were able to raise additional revenue employing a different method of direct taxation authorized by the U.S. Constitution prior to the 16th Amendment

President Andrew Jackson boasted in his veto of the Maysville Road Bill in 1830 that God had blessed the nation with no taxes (except tariffs on imports) and no national debt.

“Old Hickory” presided over a nation where Congress had abolished all federal internal taxes, and no citizen saw a tax collector of the United States unless that citizen was in the business of importing foreign goods.

While American consumers were occasionally manipulated by outrageously high protective tariffs, inside the United States a massive free market emerged over which the U.S. government had almost no influence.

By way of contrast, the advent of the income tax prompted some congressmen to note that this tax was designed not principally for revenue, the U.S. government had always had plenty of money from tariffs, but to manipulate the American people and their choices in the market.

While the income tax has produced revenue that has made a massive transfer of wealth from the productive to the unproductive, the incentives, through deductions and tax credits have manipulated the American people into choices they wouldn’t have otherwise made in a free market.

These manipulations, whether in favor of “green energy” research, “cash for clunker” automobile purchases, or tobacco crop subsidies, have been chosen according to the prevailing virtue in Washington.

Prior to 1913, Americans were responsible for themselves and independent enough to know that their future depended not on the government, but solely on themselves.

In 1992, ads in local newspapers encouraged businesses to transfer their manufacturing to Honduras, El Salvador, the Caribbean Basin International Development Zone, of the Dominican Republic and Haiti. These were International Free Trade Zones and Port Industrial Free Zones.

Instead of paying living wages in the US corporations were urged to move to countries where wages were $.33 to $.56 per hour. In 1991 a US gov't agency actually directed apparel firms in the Southeast to be approached and sold on the idea of going offshore where labor was cheaper

There is a Puerto Rican and Asian connection as well. Hundreds of companies moved their plants out of our country, and this was 27 years ago.

I remember a friend of mine who worked for Levi Strauss jeans at a terrific middle-class salary being told to train the Mexican workers how to do their jobs knowing the company was moving manufacturing to Mexico.

The Mexicans were given free living accommodations in our country, they were free from our income taxes, and they took over the jobs our American citizens had for a lot less money and manufacturing was ultimately moved to Mexico.

Check out the 1992 article from the Pennsylvania Crier. It will shock you. Then go to the original Pennsylvania Crier home page and click on “Downloads.” The information there documents history with far more than anything you’ll find in today’s school books. It is invaluable!