my cat is terrific at avoiding exercise and needs to slim down. so i got her one of those food-dispensing balls.
the problem is she is not, um, quick to catch on to things. 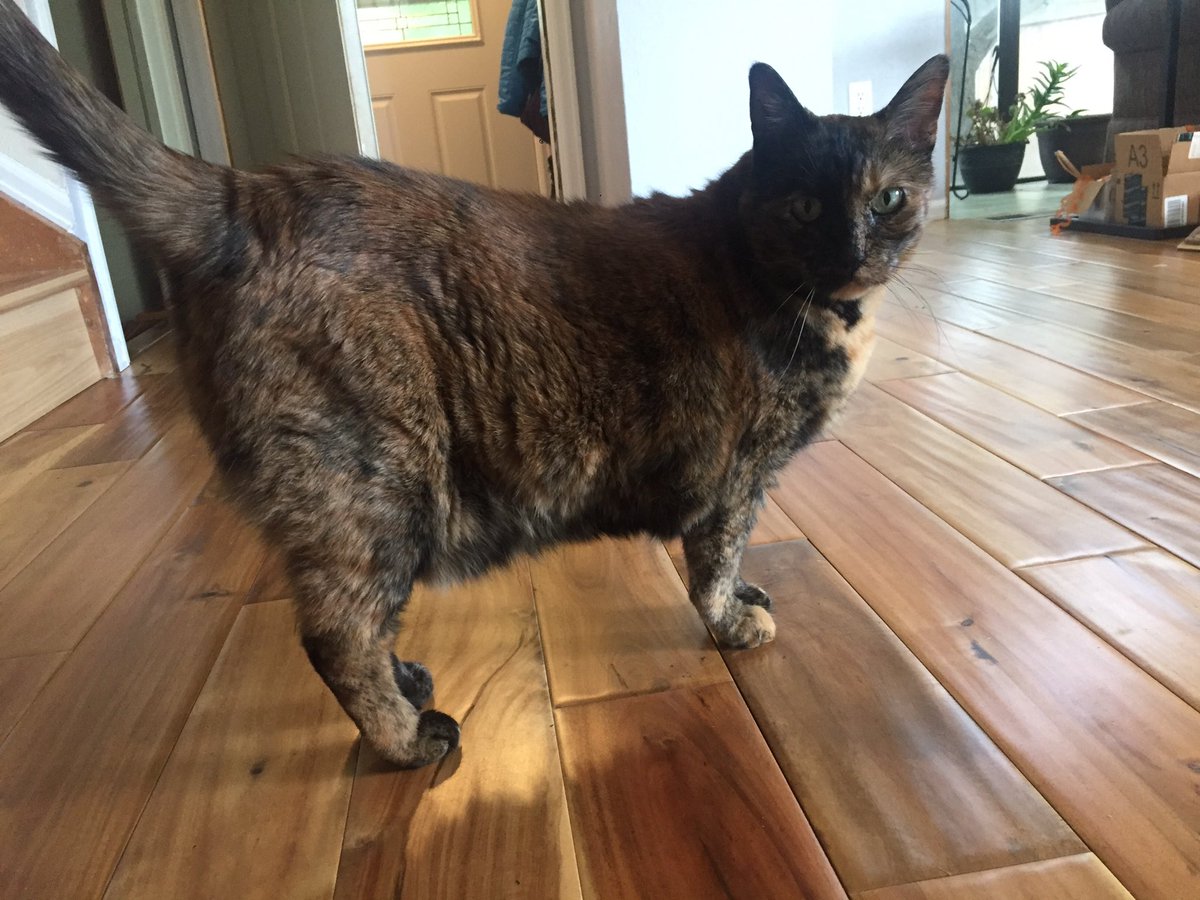 The ball. If you push it, food will come out of the holes. She does not know this. 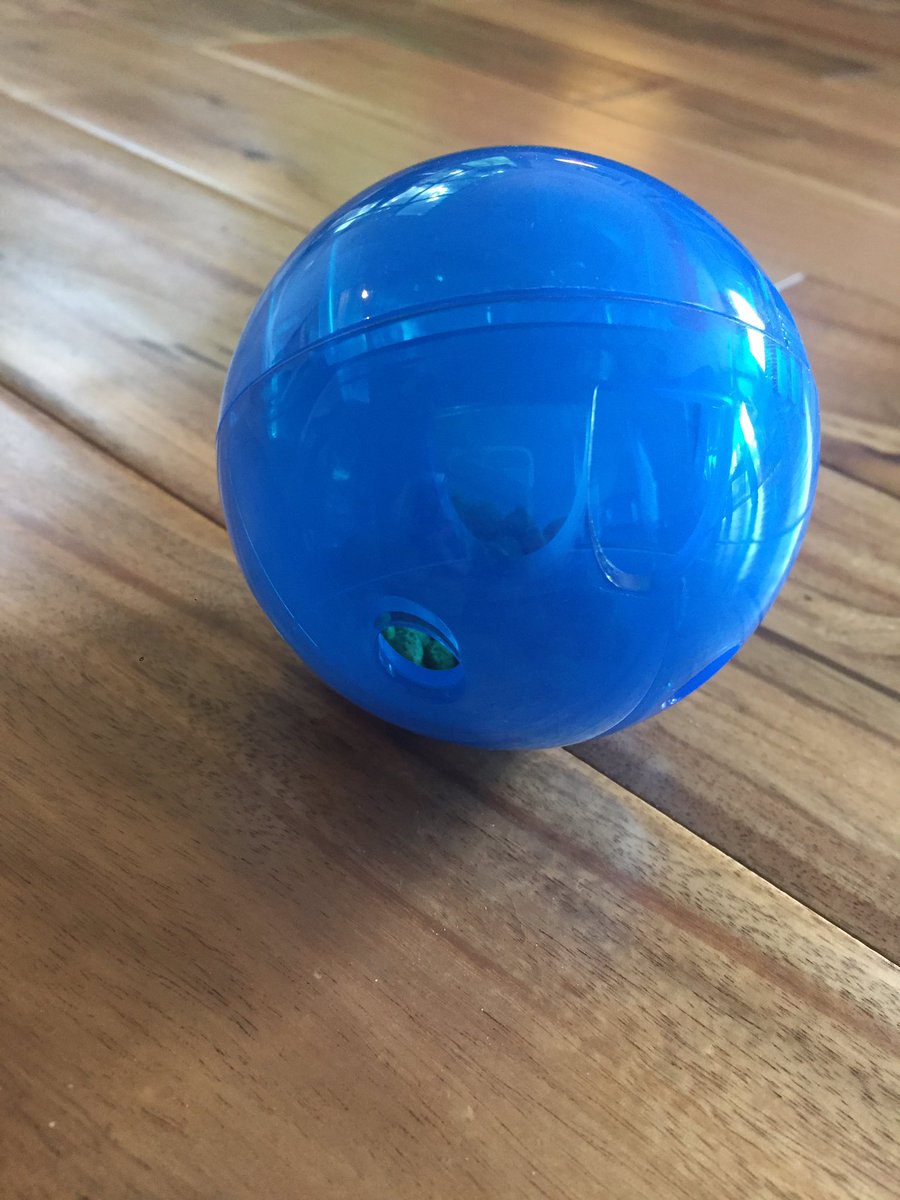 I pushed it for her. Two treats fell out. She sniffed them and then walked away.
Okay so the problem is compounded by the fact that she is apparently not hungry.

Three minutes later she came back and ate the kibbles, thereby neatly severing any link between ball movement and food eating.

Also she is more interested in pets than in this boring ball. This could take a while. 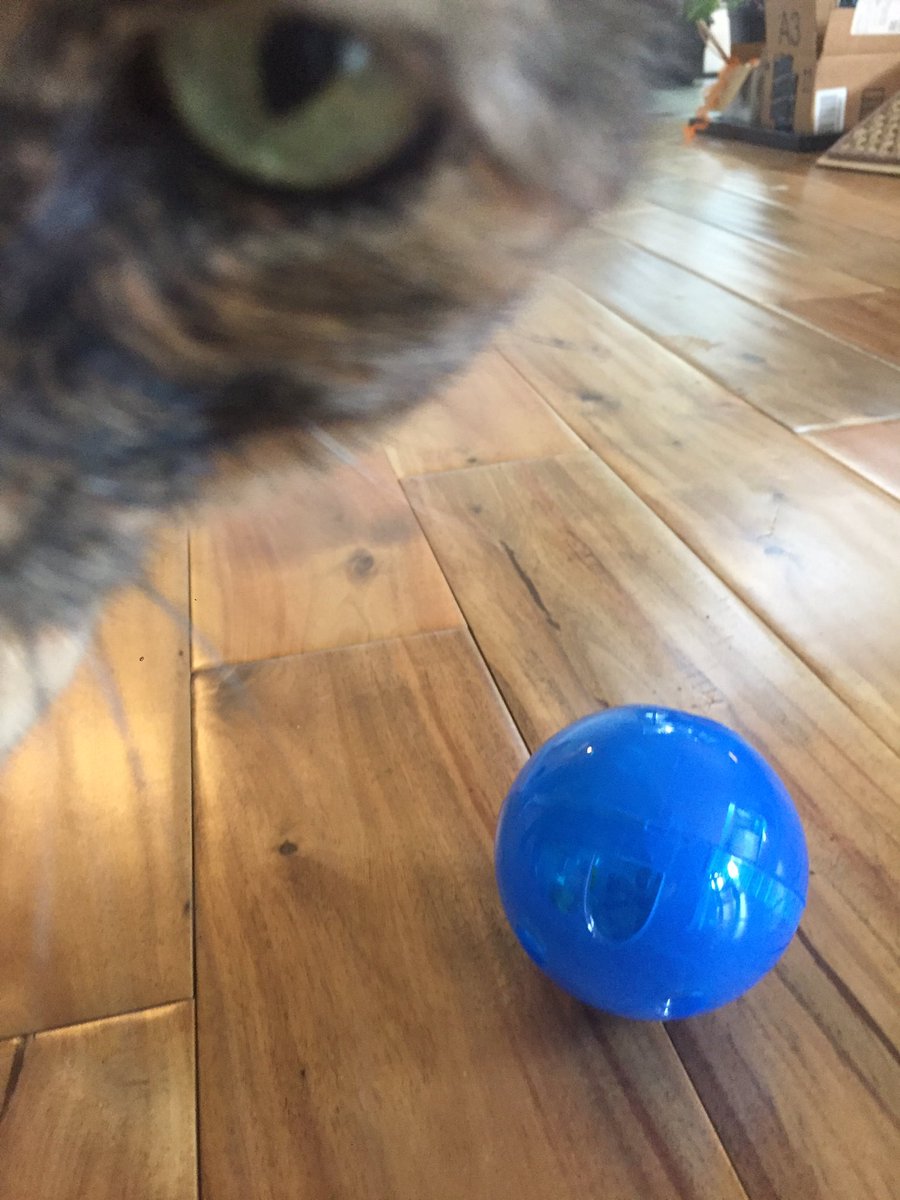 Demonstrated push ball = kibble.
She batted one kibble and then walked away. 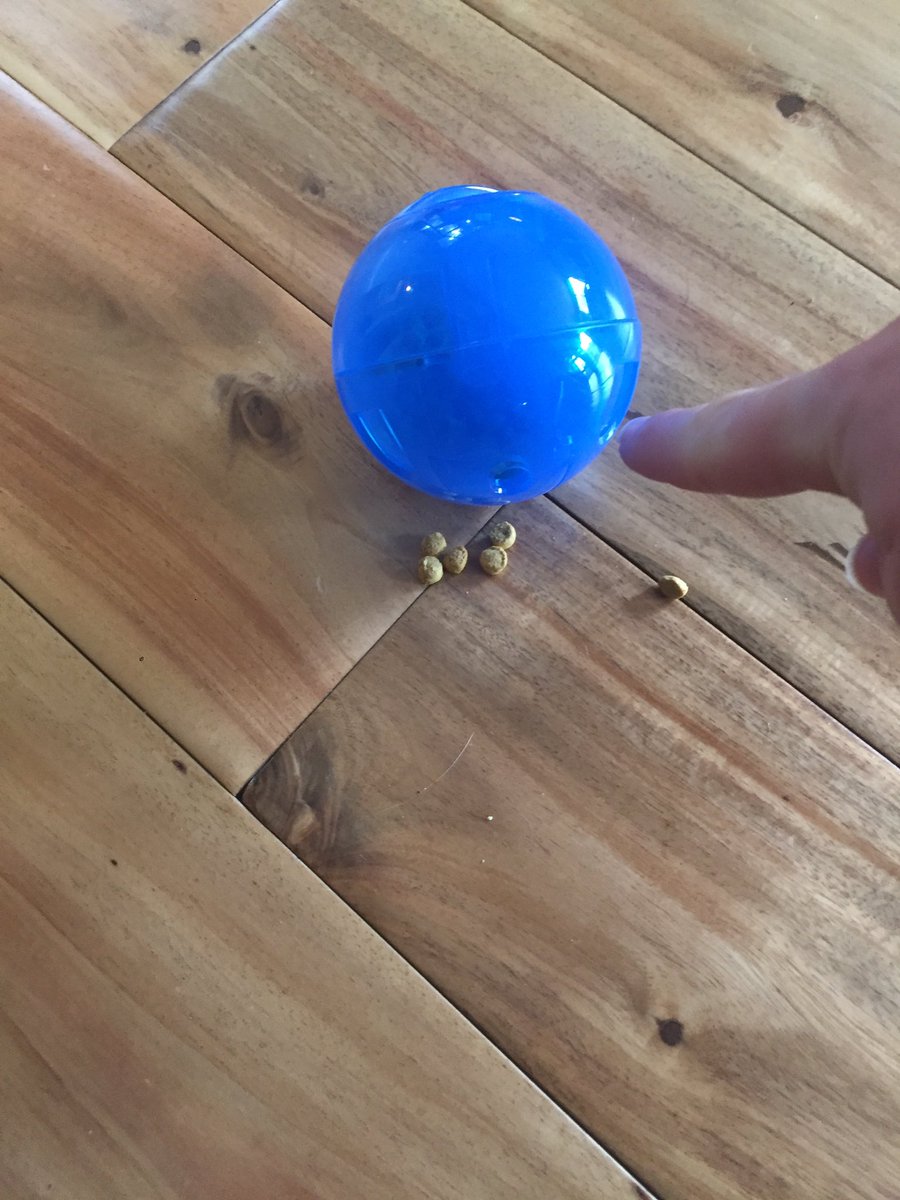 The problem could be that she still has kibble in her food dish. She is currently upstairs commenting on something. Will try again later.

Aha she has finished the kibble in her bowl and is demanding more! Time for the Blue Ball Of Wonder

She ate the kibble that fell from the ball, sniffed around it for 5 seconds, and went back to pestering me. I think she thinks I have magical ball-activating powers.

As some commenters have pointed out, I'm in danger of teaching her that the way the ball works is you pester the human until she makes food come out.

She left the last bit of kibble lying by the ball, so I guess she's not that hungry yet. Maybe she'll accidentally push the ball with her face when retrieving the kibble later.

Progress! Overnight some of the kibbles disappeared from the ball, and I witnessed her pushing the ball gently with a paw to get at more of them. Whether she realizes the ball is the source of the kibble, or whether she was merely pushing it out of the way, remains to be seen.

Oh. She doesn’t get it. She’s using her paw to delicately retrieve kibble from under the ball, being careful not to move it. 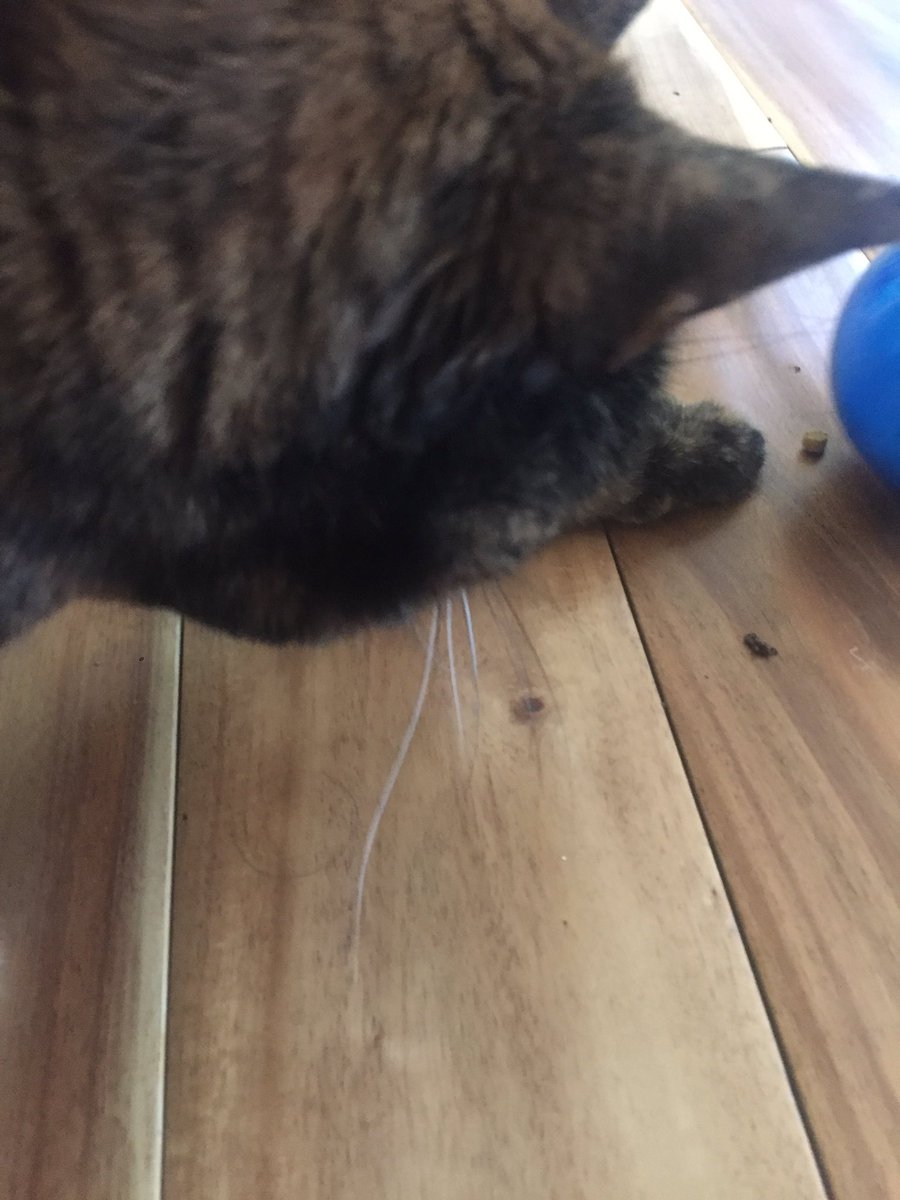 Her favorite treats sat in the ball for over 12 hours. Finally I caused one to fall out, and then showed her. She was very interested, ate the treat and !!! reached out her paw to push the ball 2 inches. There were no more treats underneath. She is now staring at me instead.

Made another one fall out for her and she was intrigued enough to push the ball hard enough to roll in a big circle. A treat fell out, but because it wasn’t under the ball at the beginning or end, she is completely oblivious to what she’s done. She still hasn’t seen the treat. 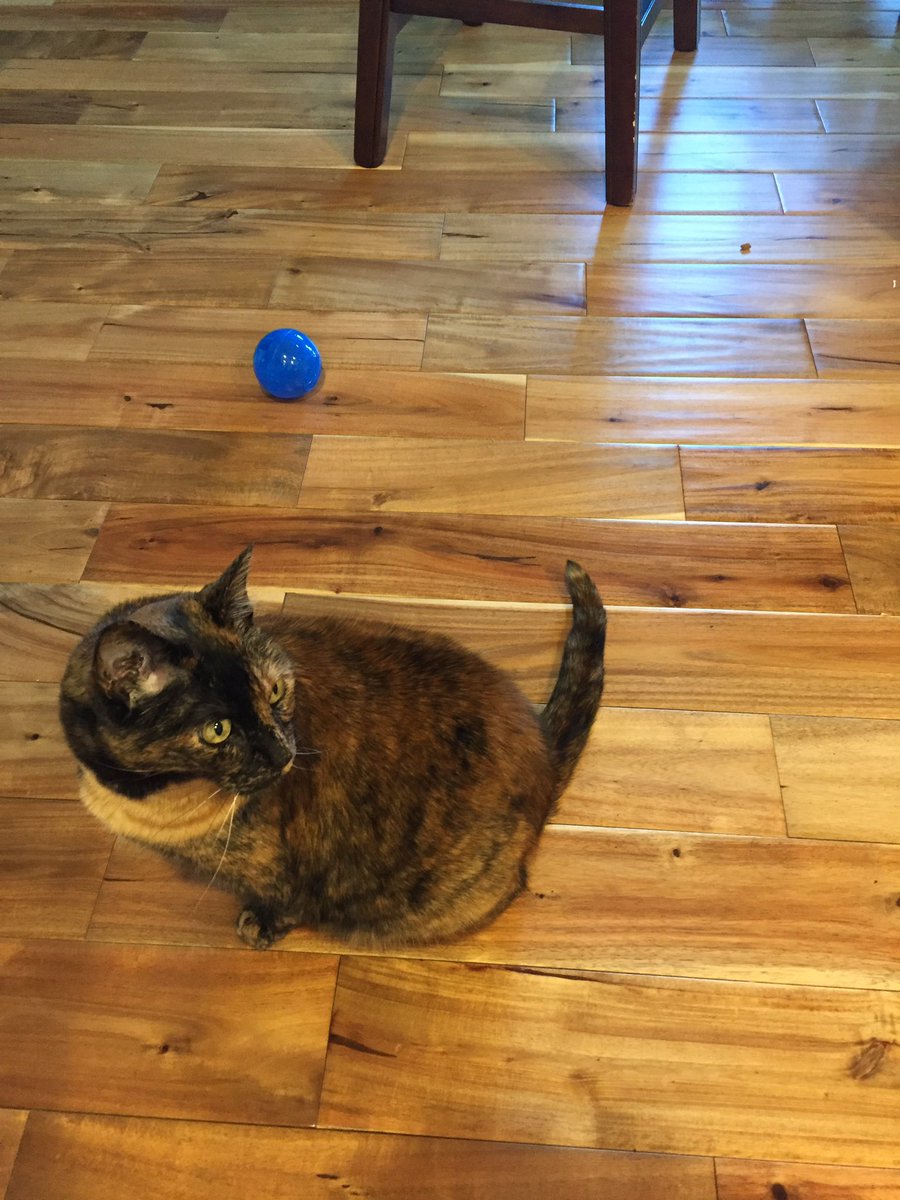 Decided she needed easier reward but she can’t have too many of those high-cal treats. Switched to kibble. Placed a treat under the ball, and she pushed it to get at the treat, making kibble fall out. She sniffed at the kibble and went to eat kibble from her bowl instead. 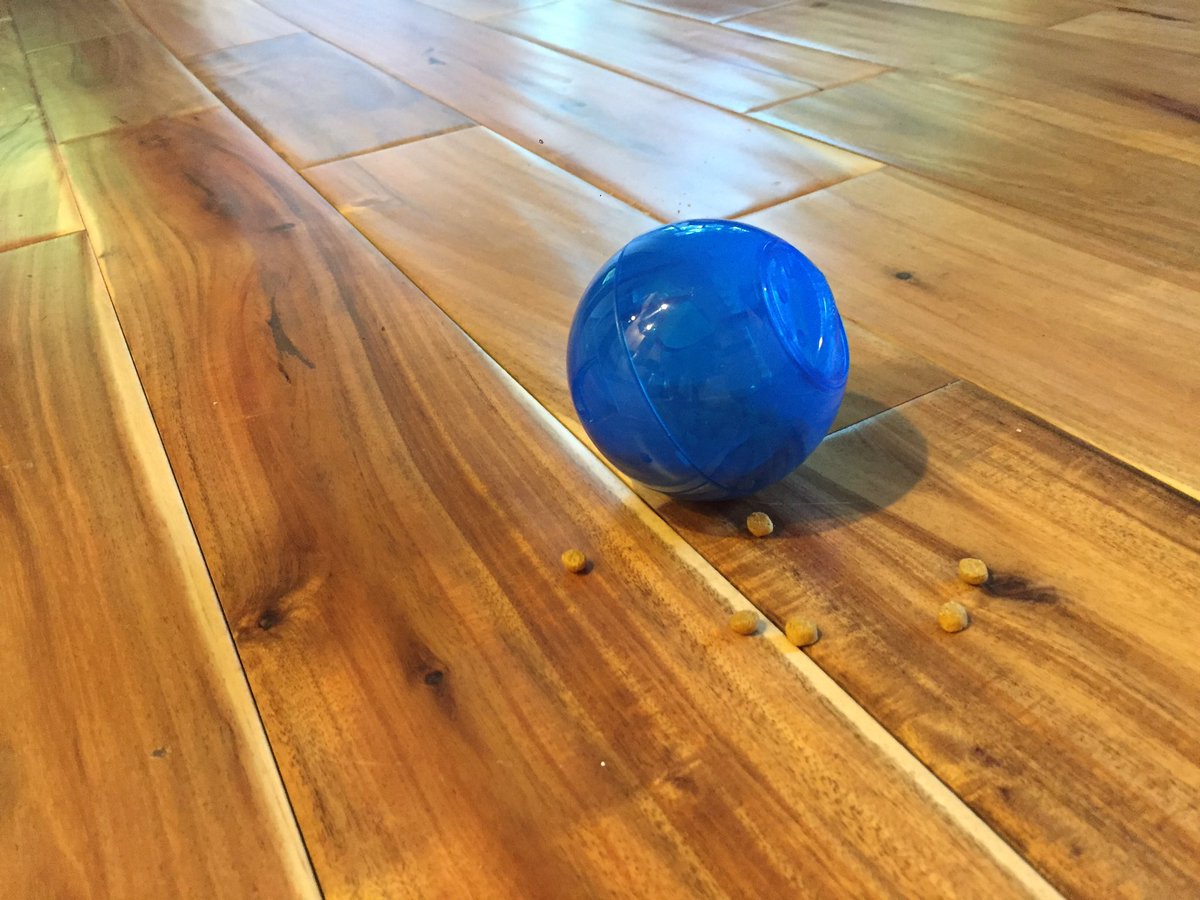 And then she walks straight to the ball, pushes it with her paw, and EATS THE TREATS THAT FALL OUT

folks, I do believe I’ve been outsmarted 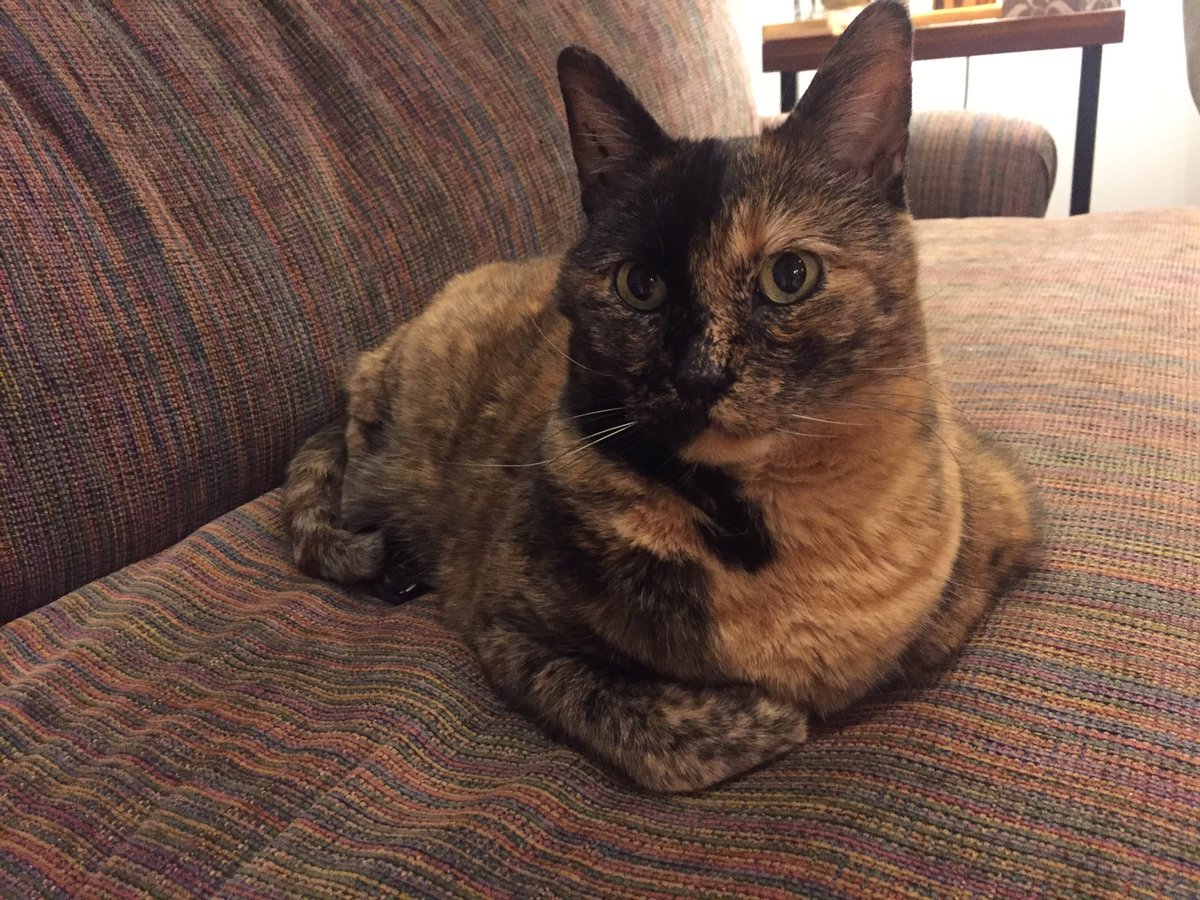