It’s time for Yearling of the Day. 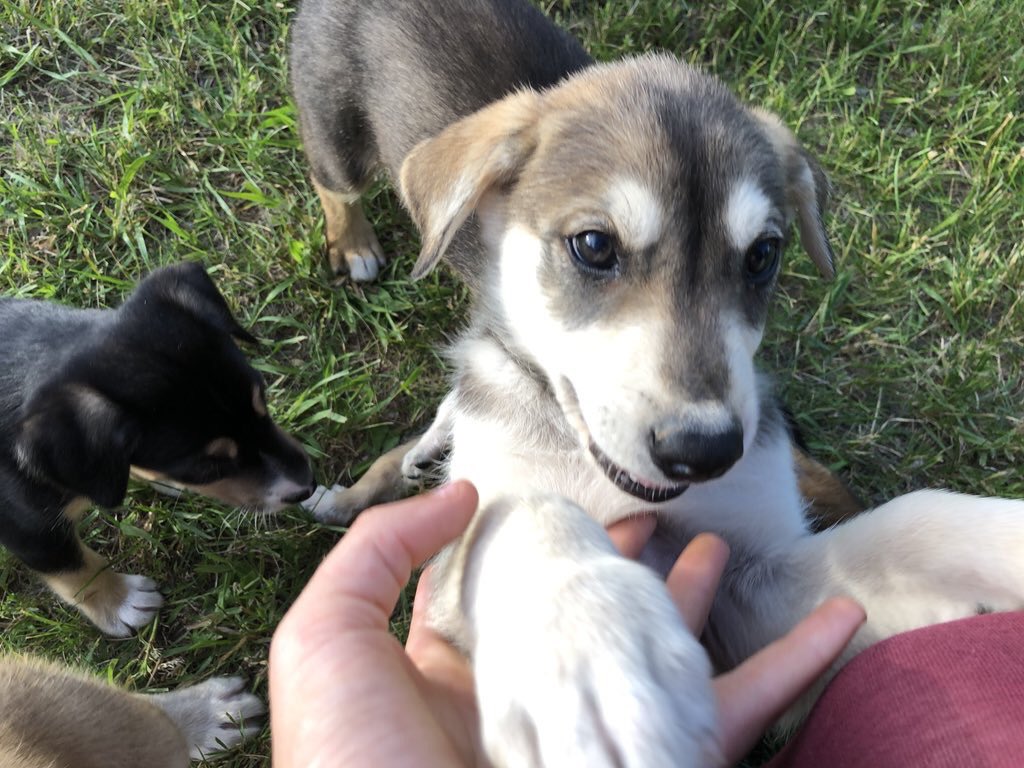 This boy used to have a special nickname.

For a long time, he was known solely as Soaking Wet and Full of Cheese. 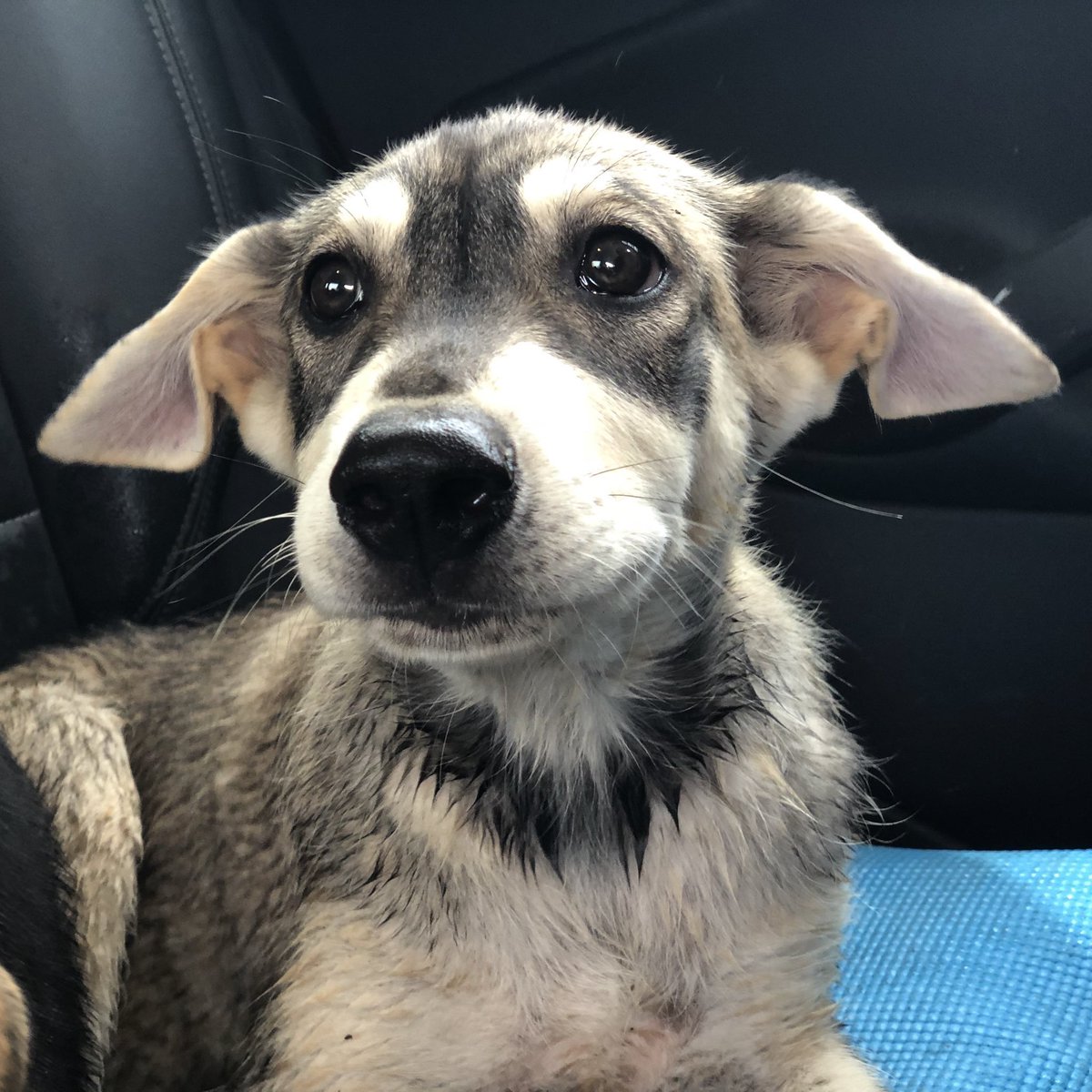 He got his nickname from the story in this thread. Hint: it involves getting wet and eating cheese.

His other name is Jules, after author Jules Verne. 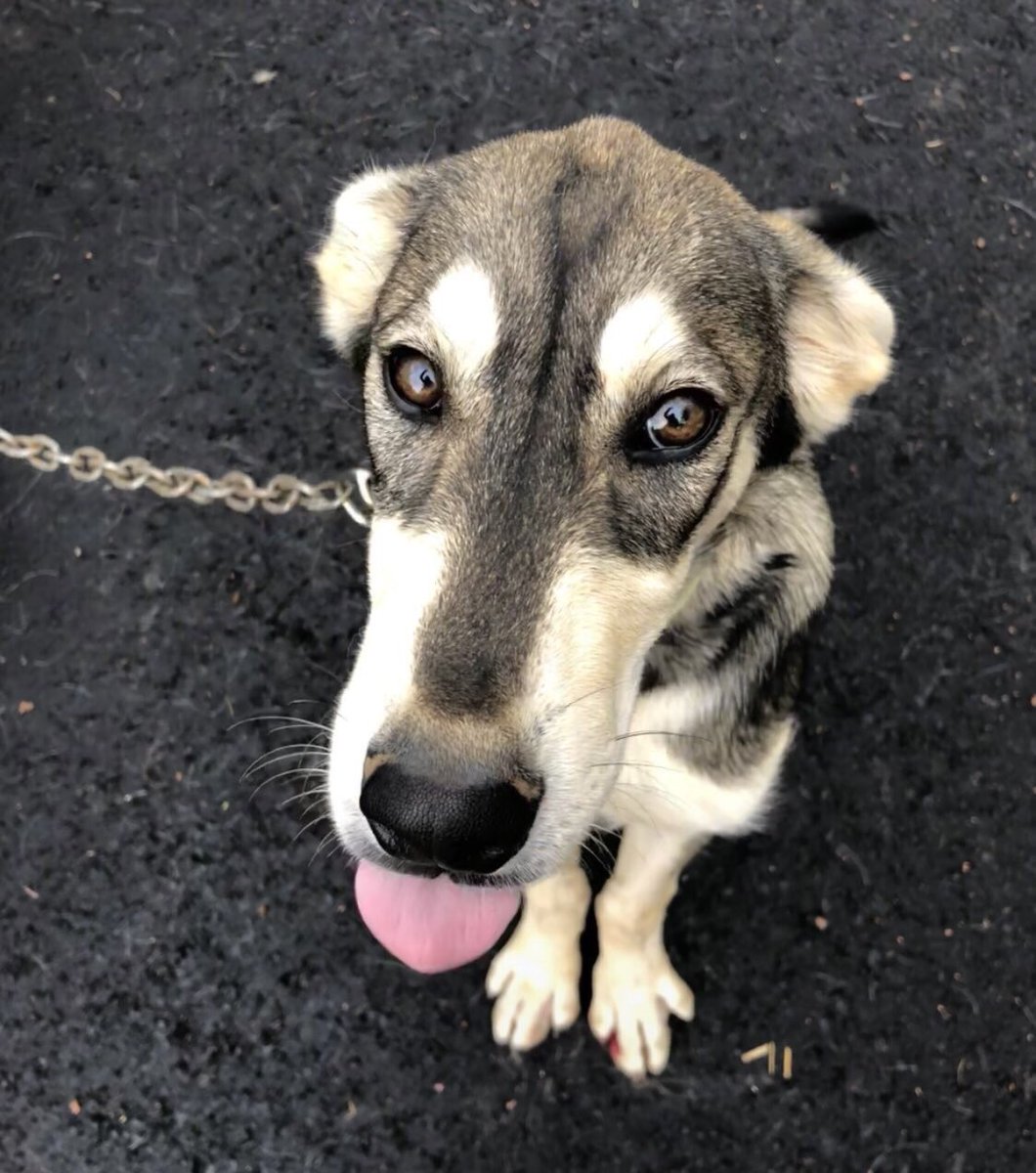 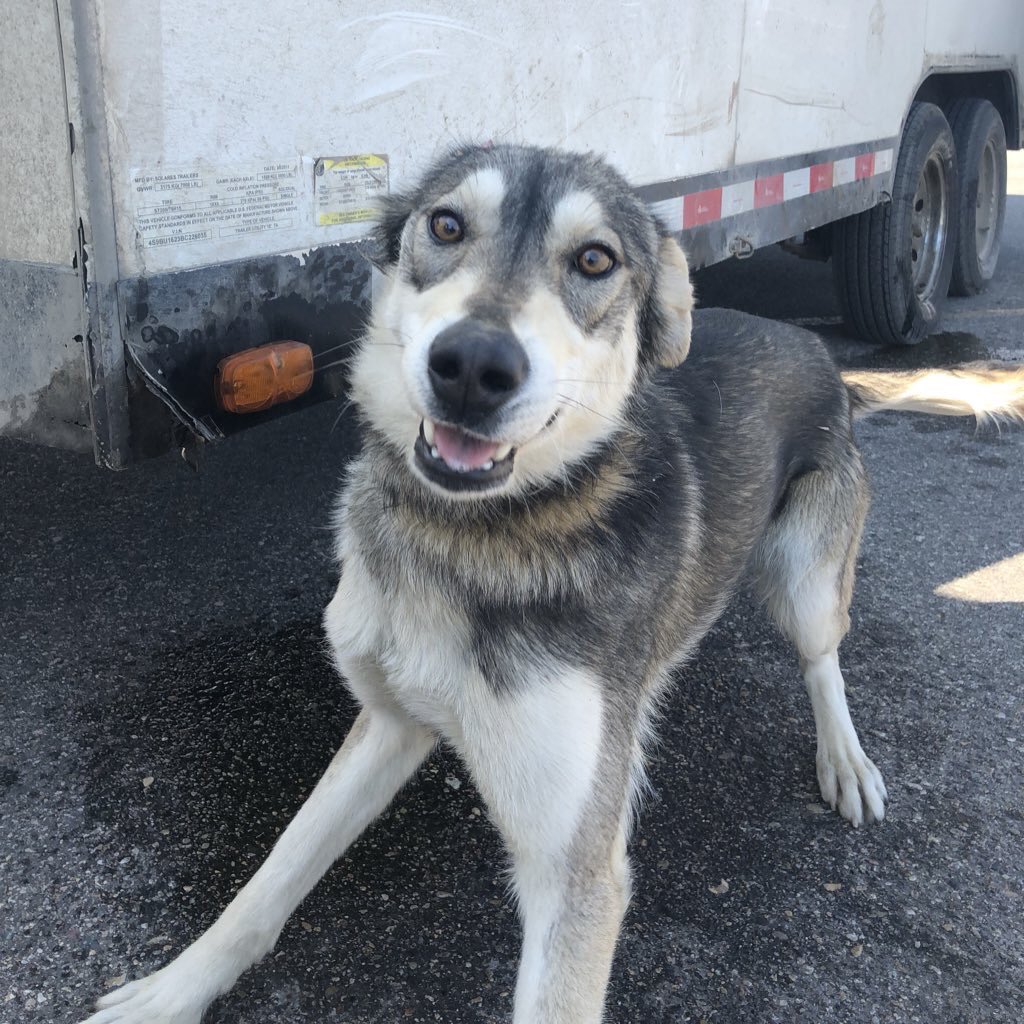 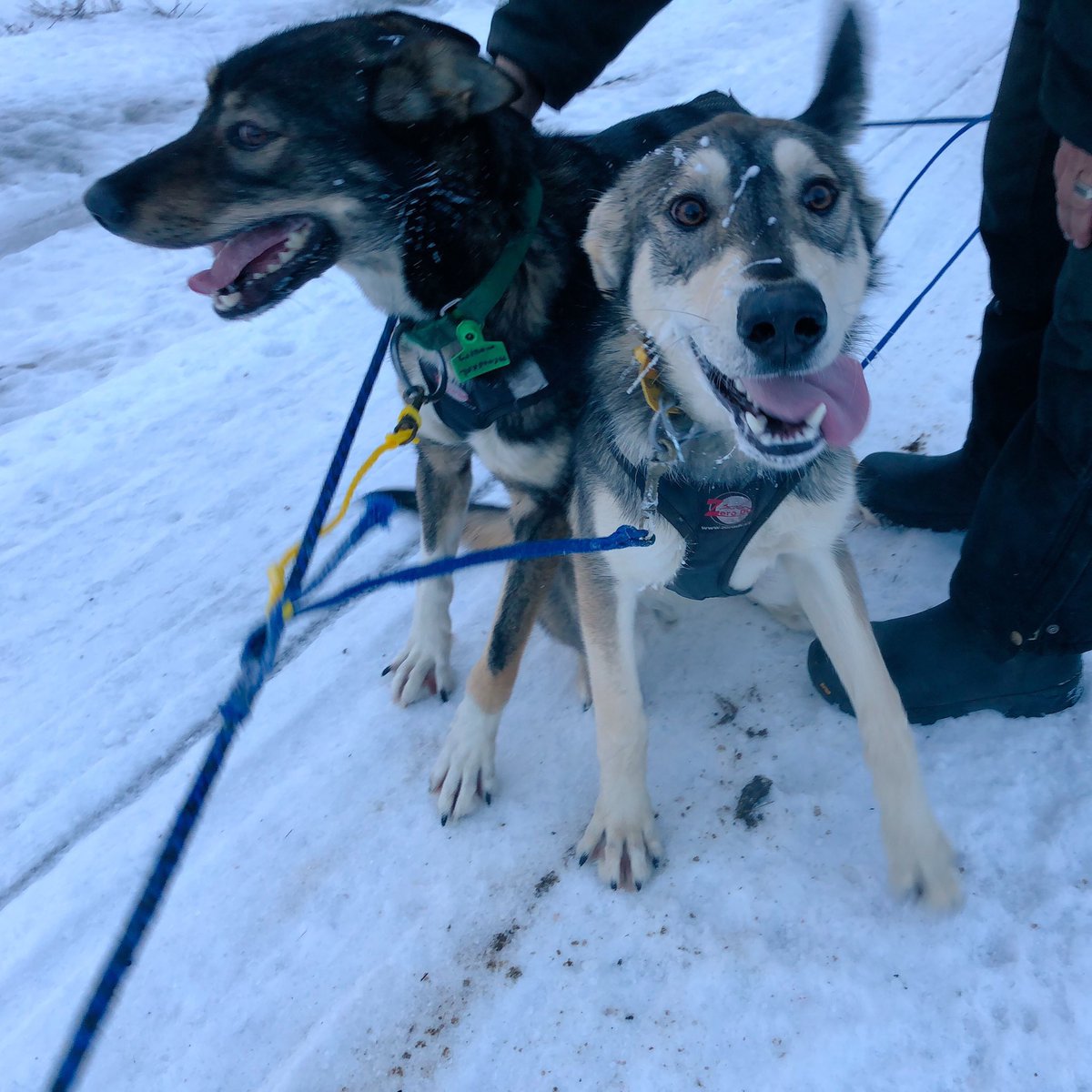 And when I’m around him, my primary mood is also excitement. 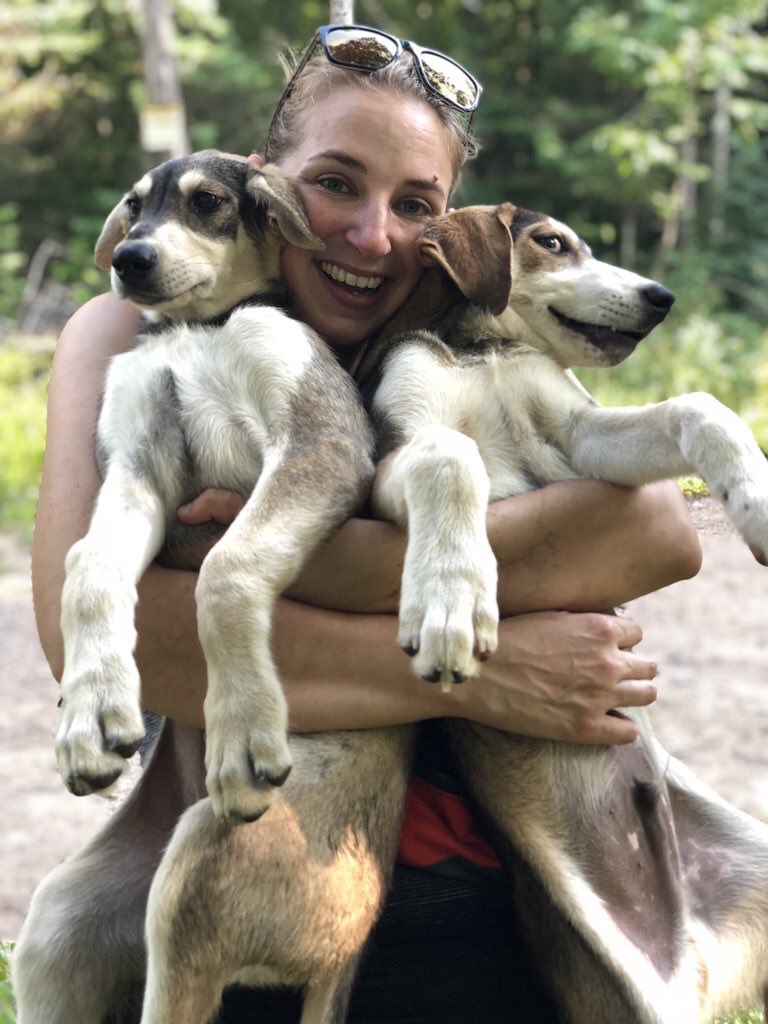 You should know two things about Jules.

1. Unlike every single one of his siblings, who are living vacuum cleaners, Jules is not particularly interested in food.

When I scoop poop near him, he gets so excited about the poop bucket that he knocks it over so I have to scoop it all again.

Of course, when I brought him into Hari and Refried’s garden, his reaction was EXCITEMENT. 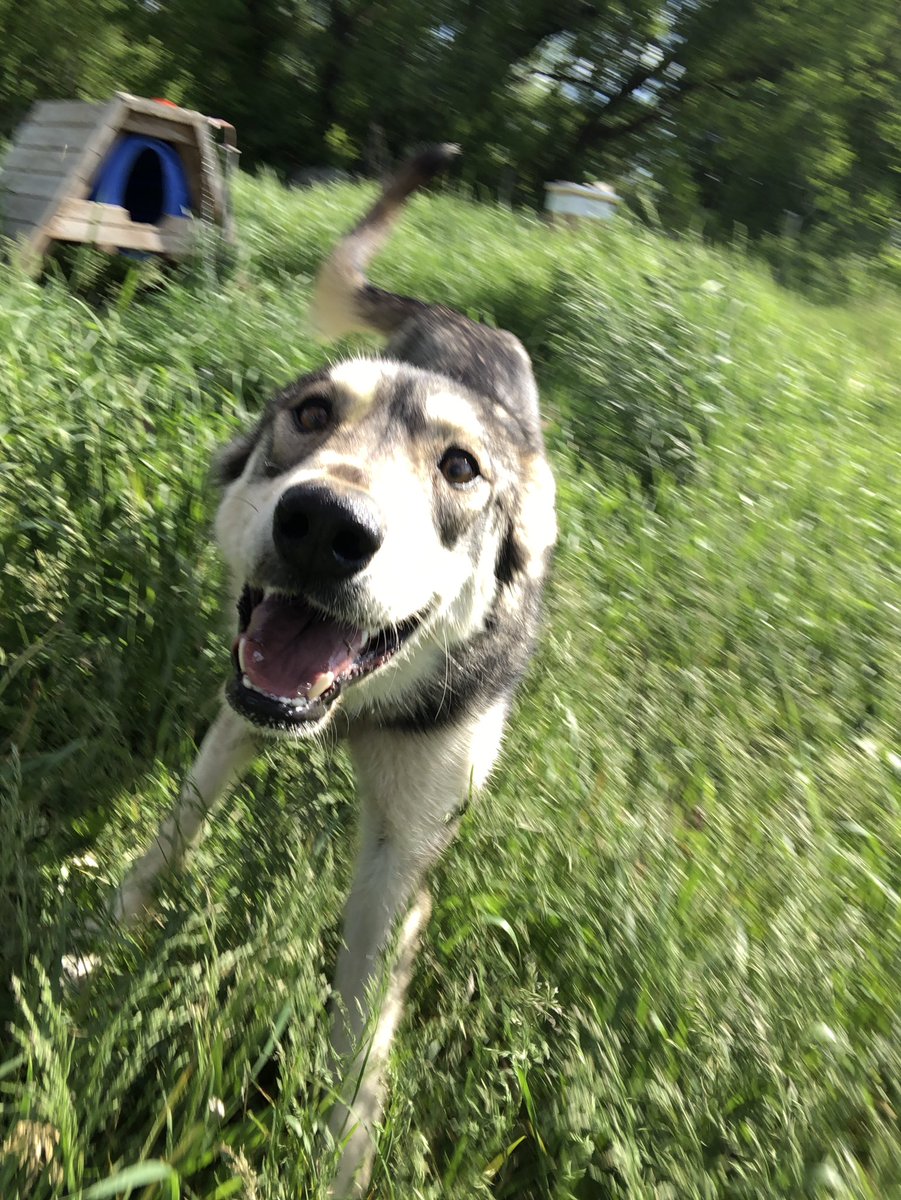 But it got better.

We have plastic bins around the dog yard, located every few dog houses, that we fill with water. That way, we can walk around with a bucket and fill all the dogs’ water bowls without having to lug a hose around.

One of those bins is in the garden.

Friends. It is a container. 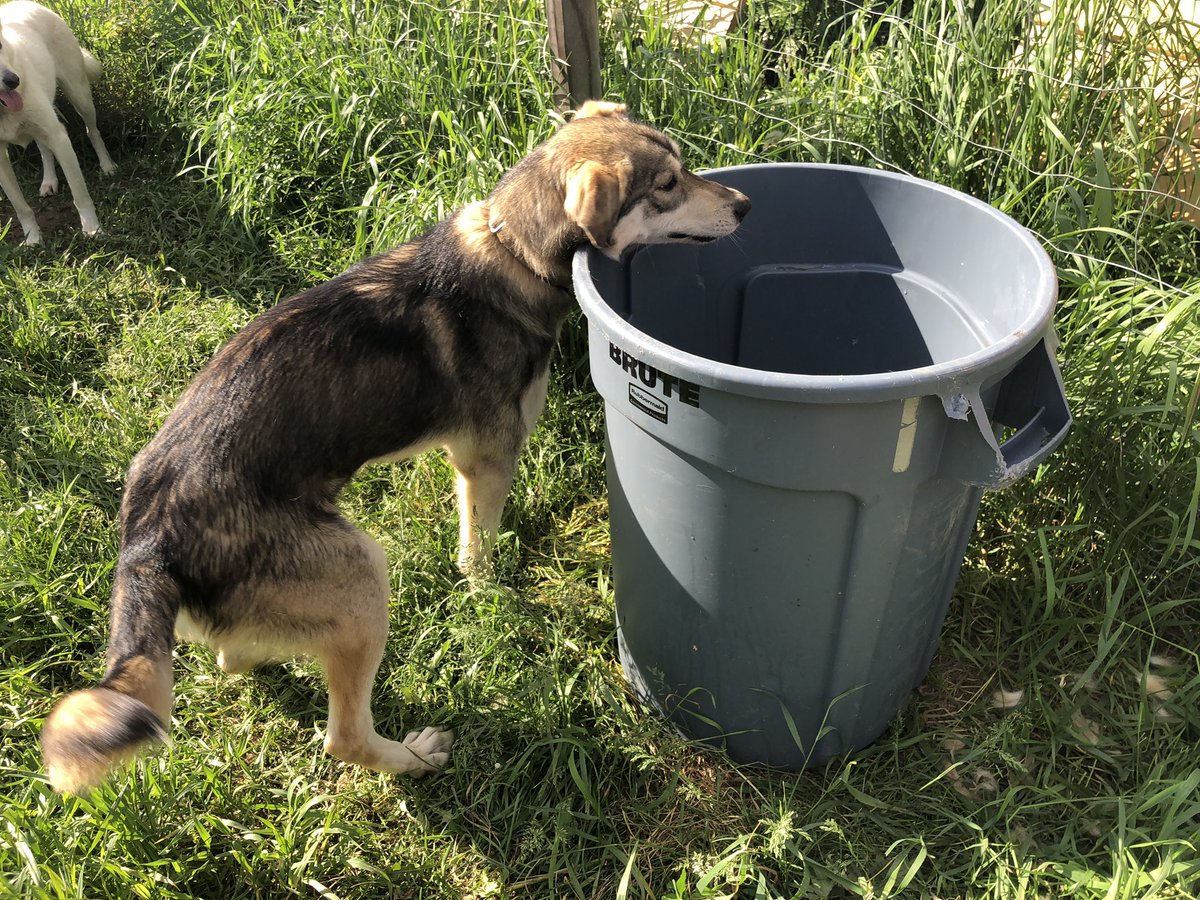 There wasn’t enough water in the bin to make him soaking wet, but I’ll be darned if he didn’t try. 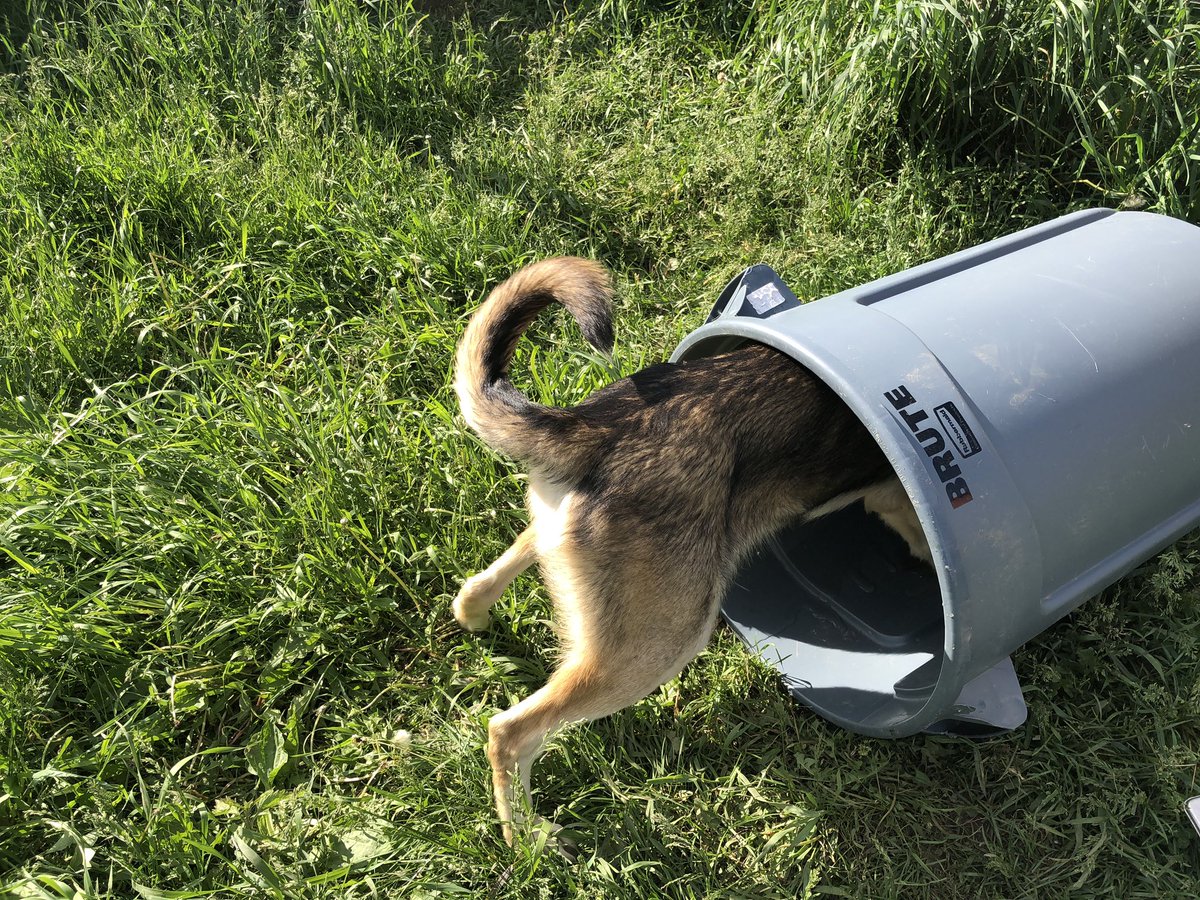 He made the container seem so interesting that pretty soon Hari came over to investigate. 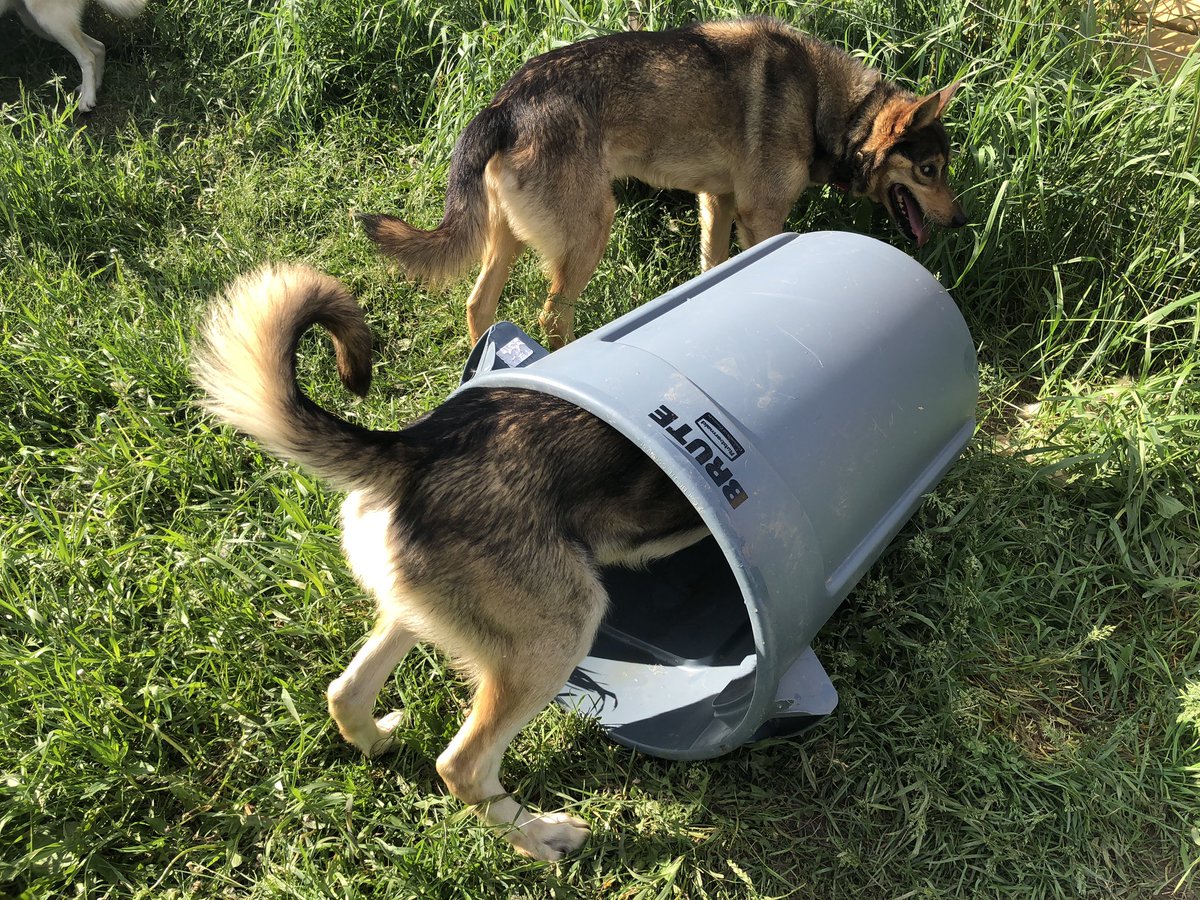 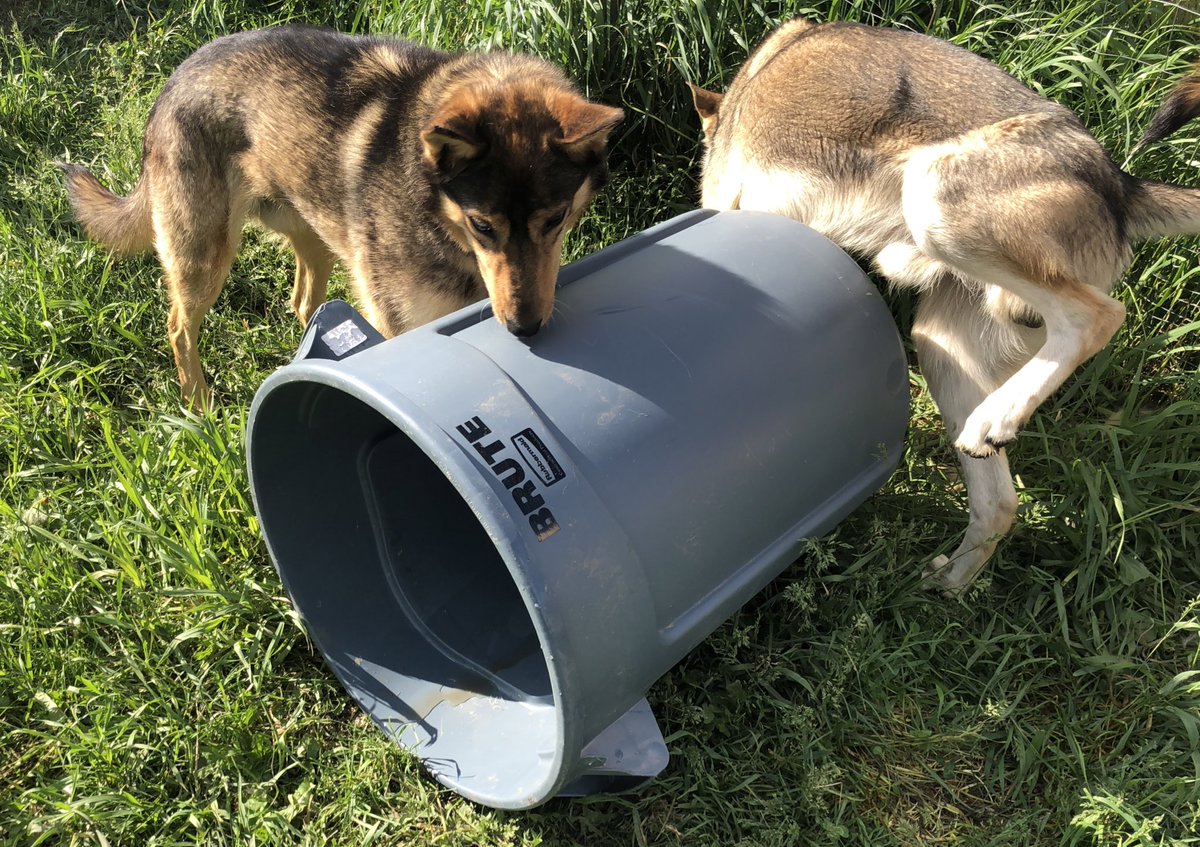 Then Jules decided the garden was boring and—in the second it took for me to snap this picture—he leapt the fence to joyrun around the farm. 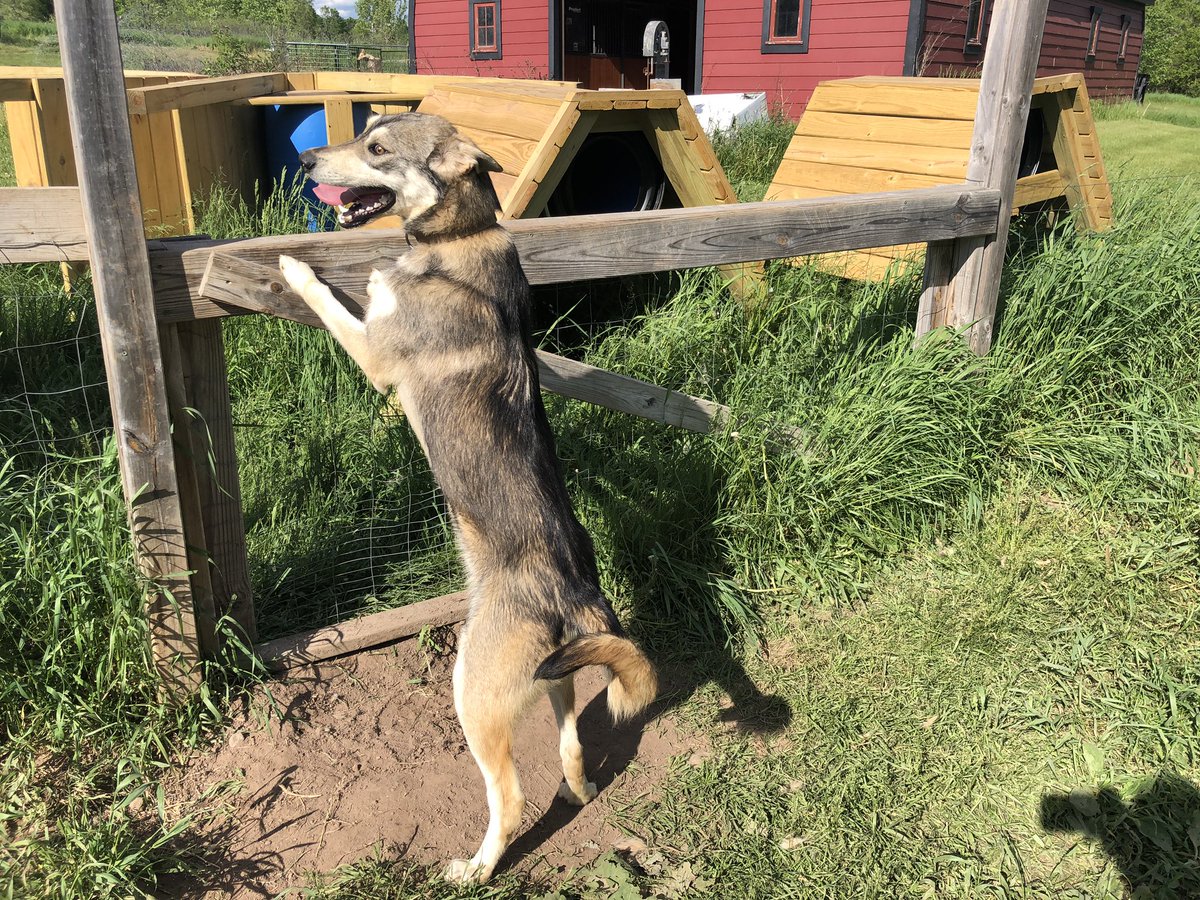 After he did a zoomie, I kid you not, he found another bin to climb into. 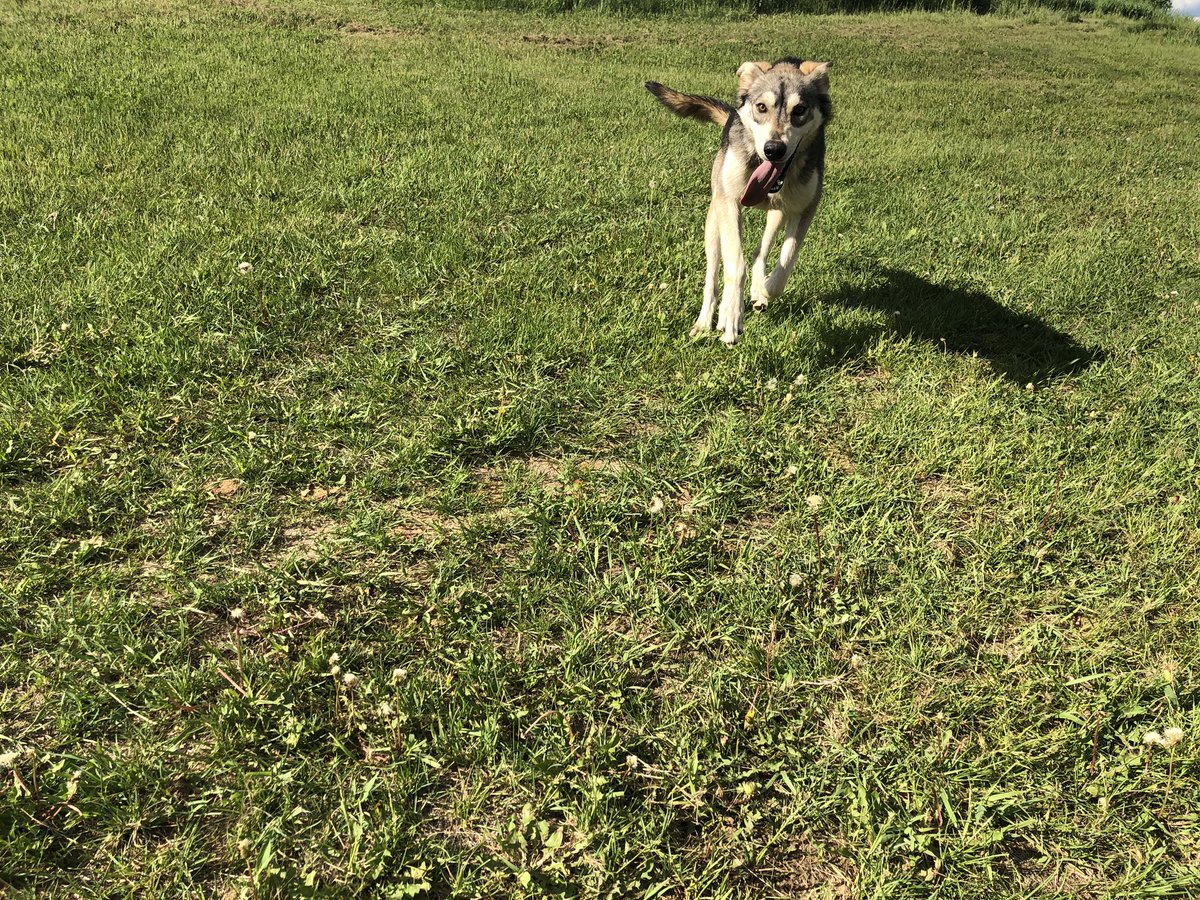 Clearly it was time for a new activity.

That activity was cheese. 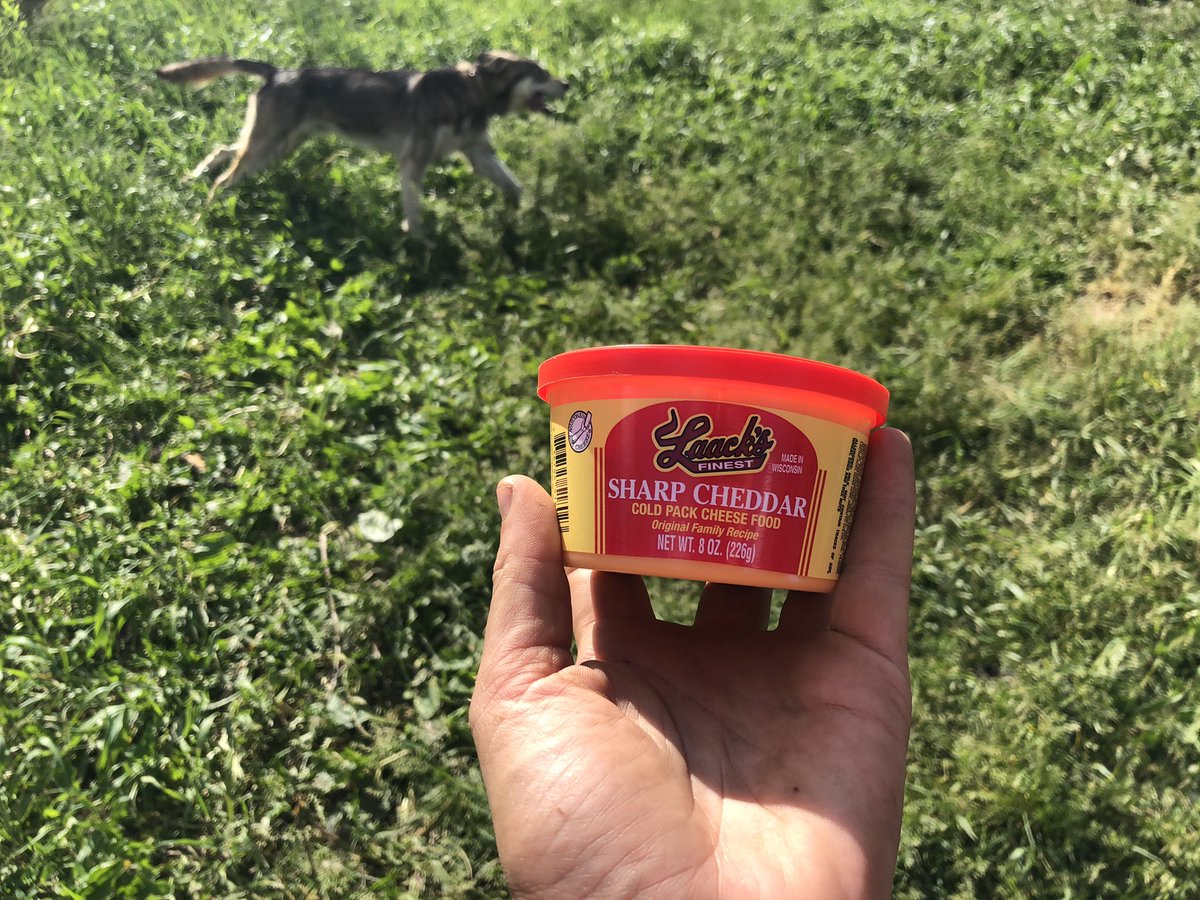 No cheese for Jules. 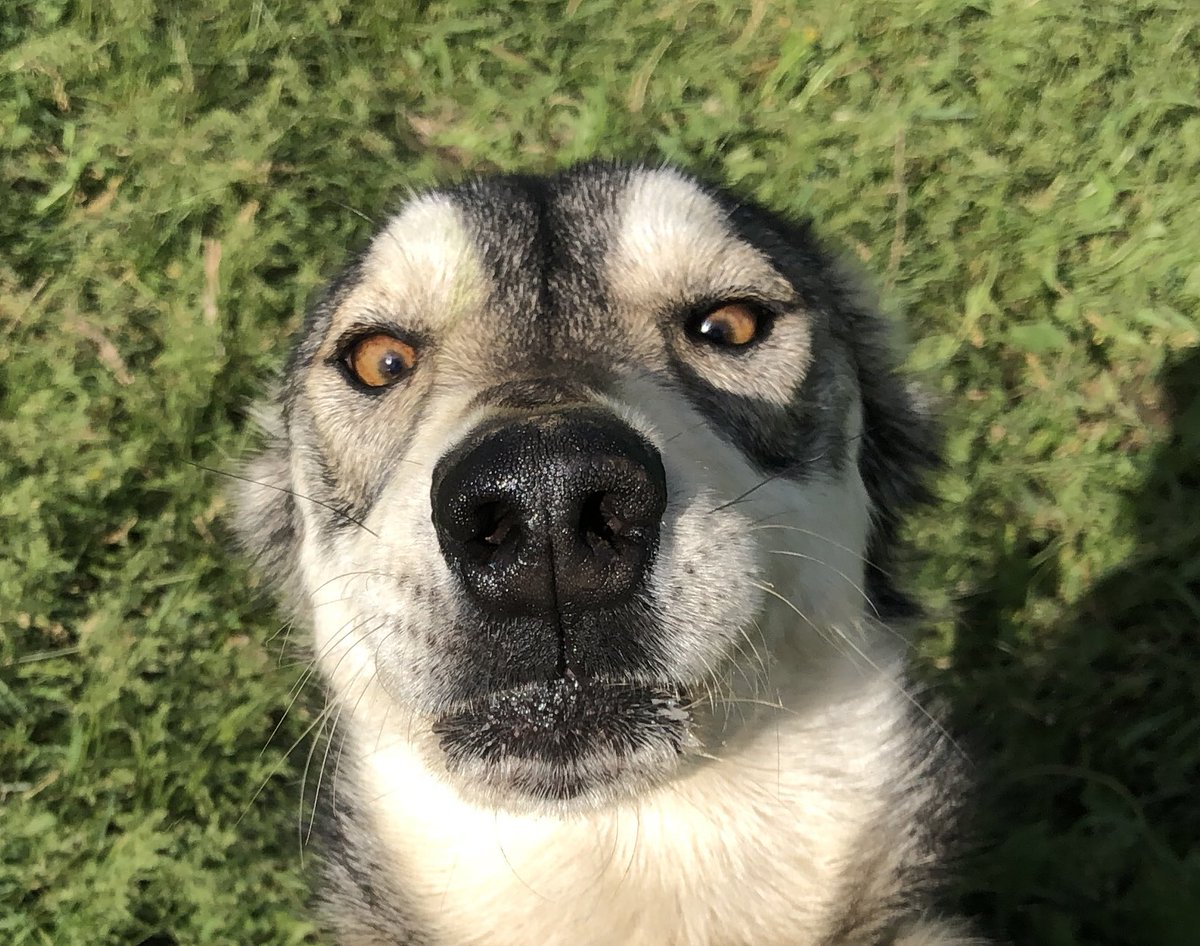 He only wanted the container. 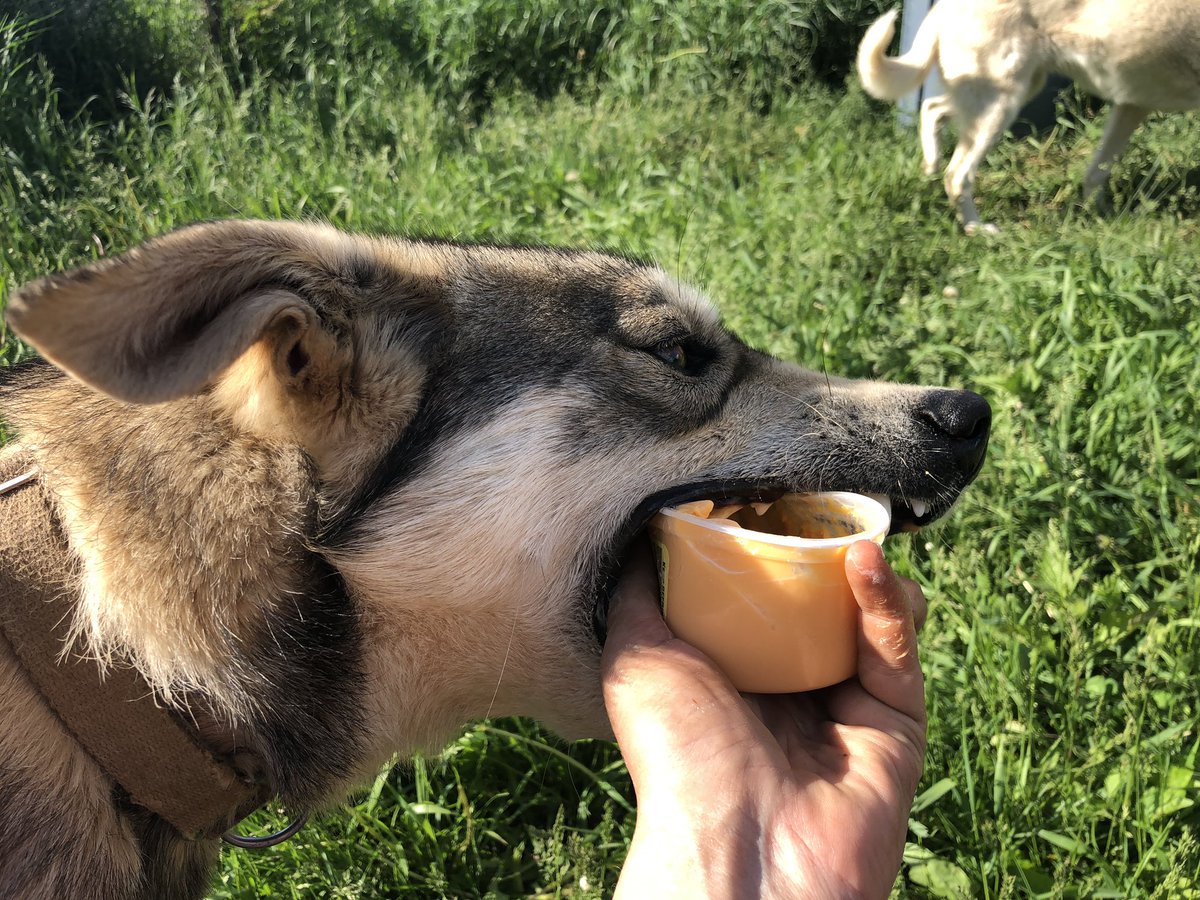 I did not allow him to have the container... 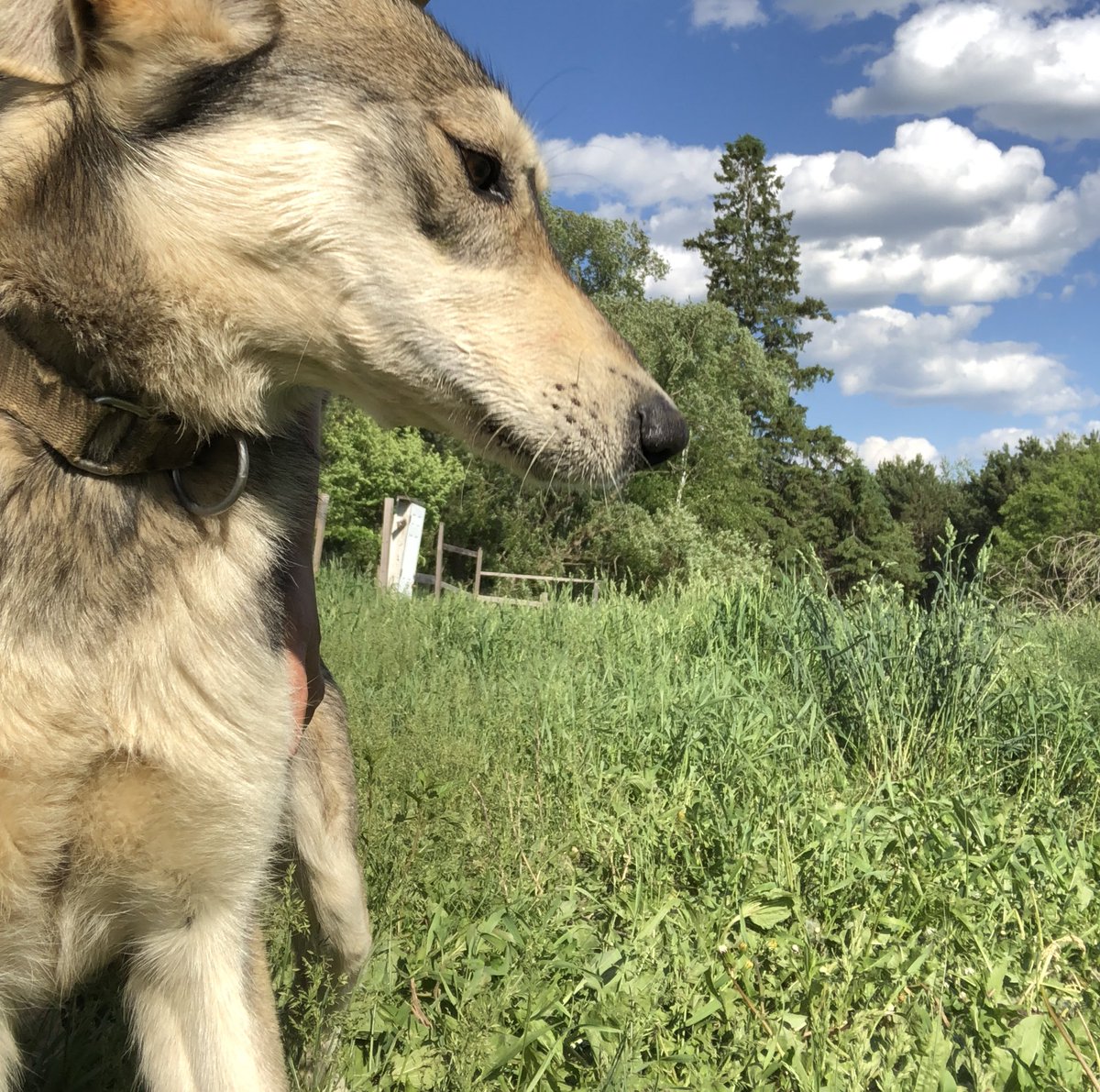 ...because his elders, who have been exceedingly patient mentors all week, wanted cheese. 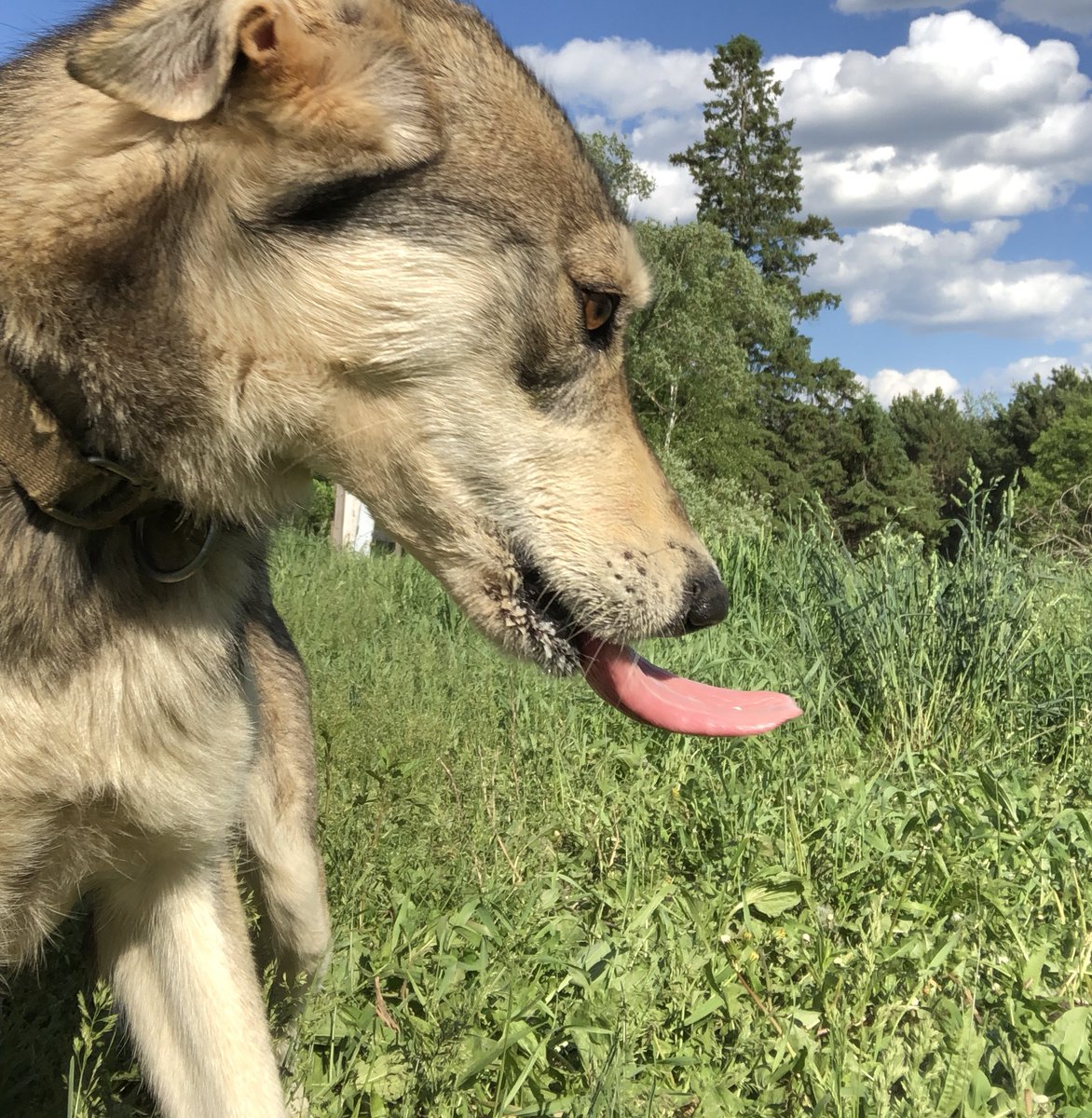 Instead, Jules got a belly rub. He thought that was pretty good. 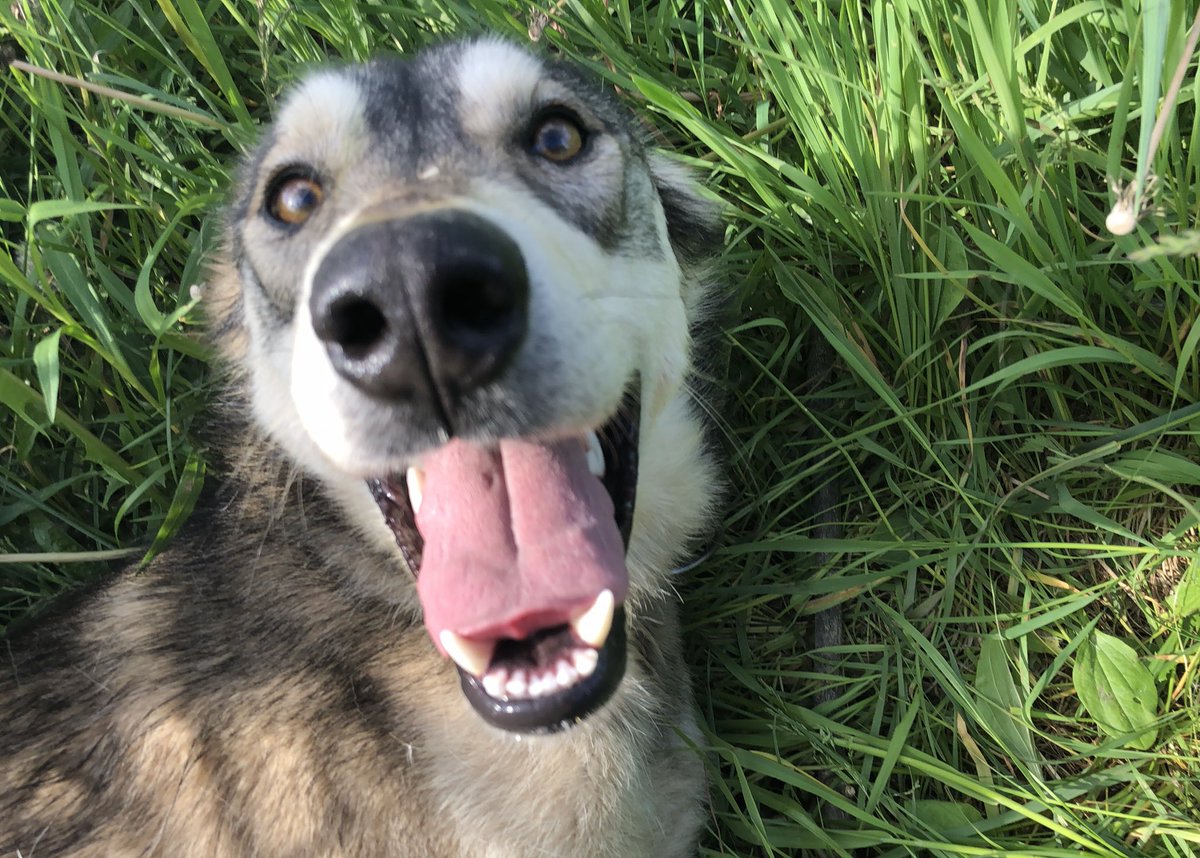 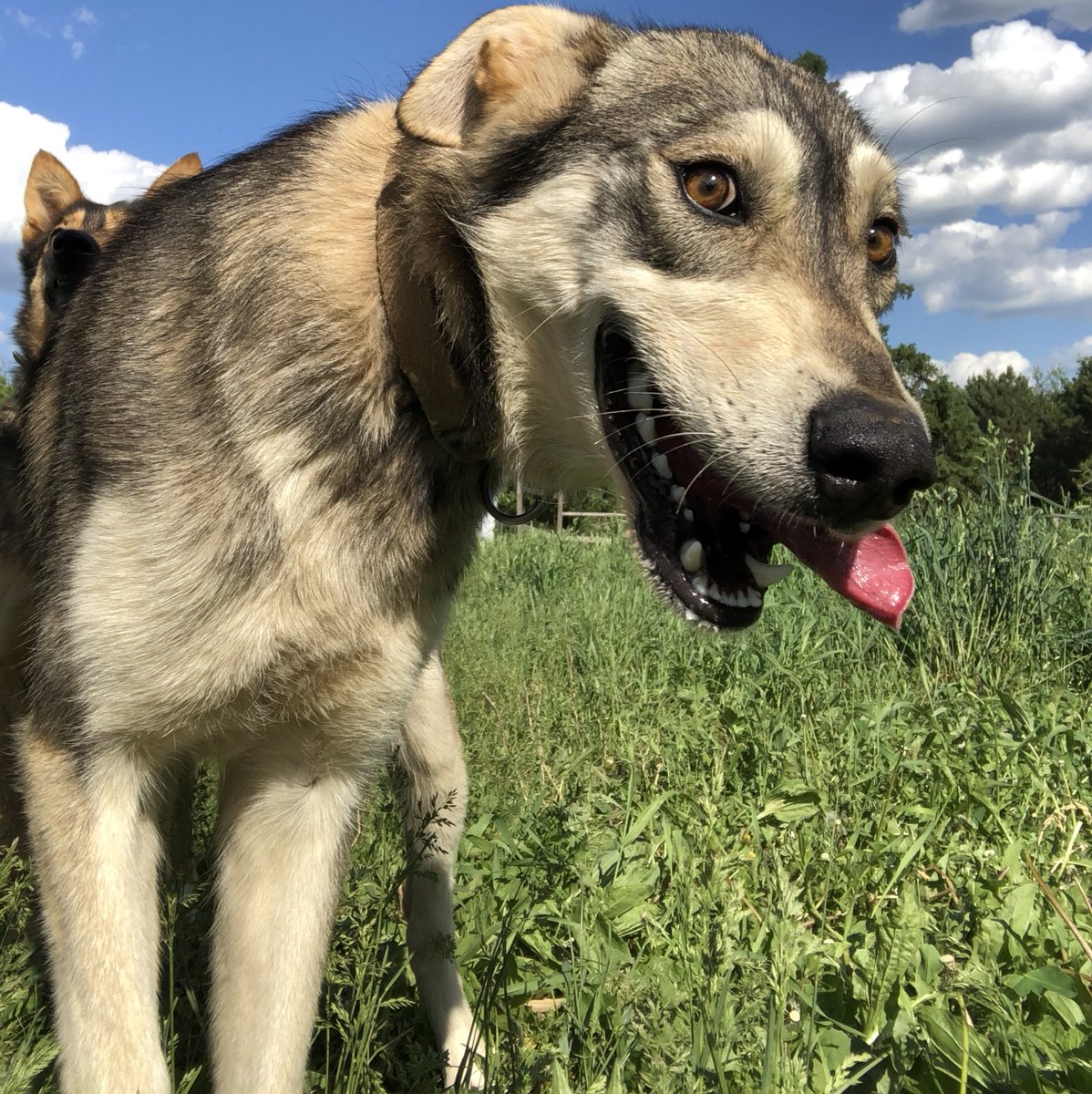 Also I forgot to add that he is a little bit shyer than his brothers. He doesn’t like loud noises.

But that shyness makes him alert and attentive. I predict that he’ll really enjoy new trails and types of terrain, and he’ll set an example for his siblings when it comes to exploring new places. 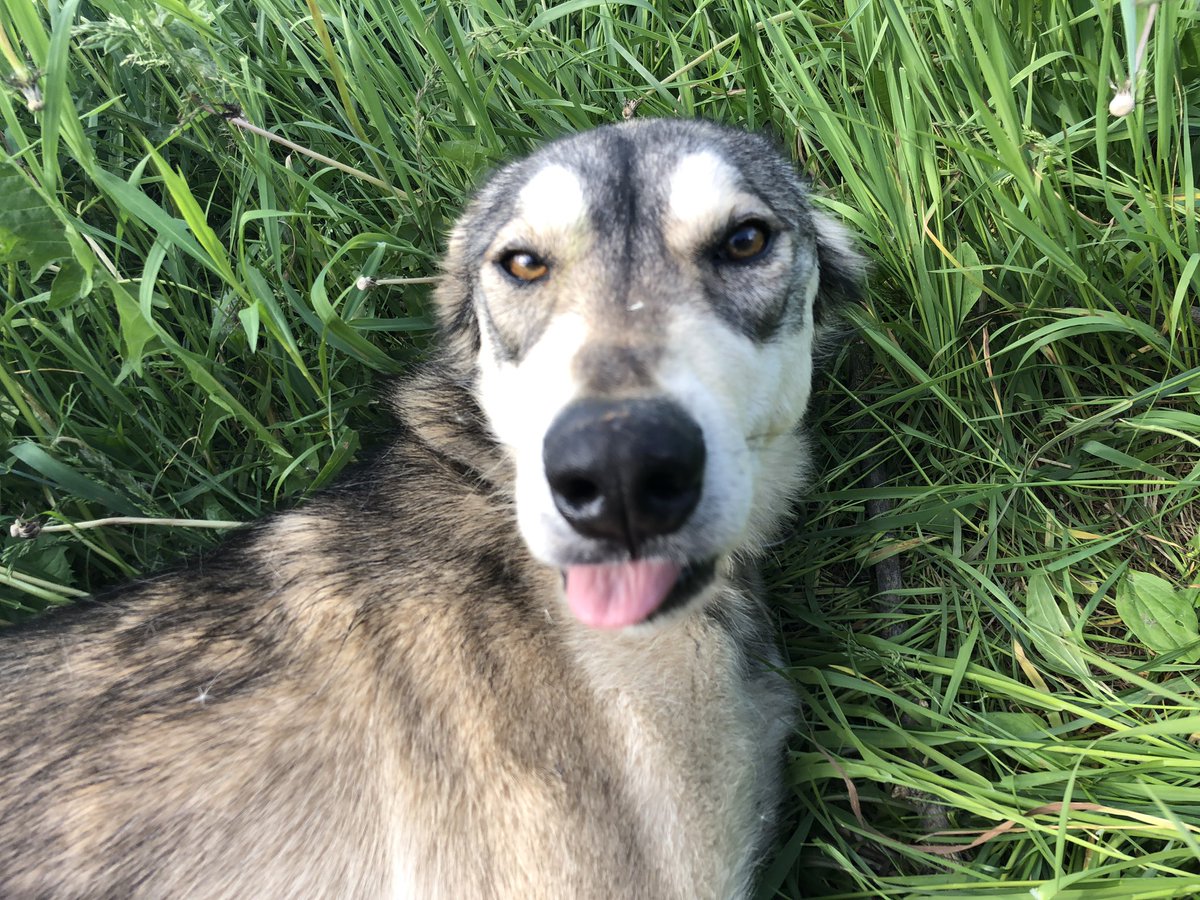 In case you were wondering, Hari finished the cheese. 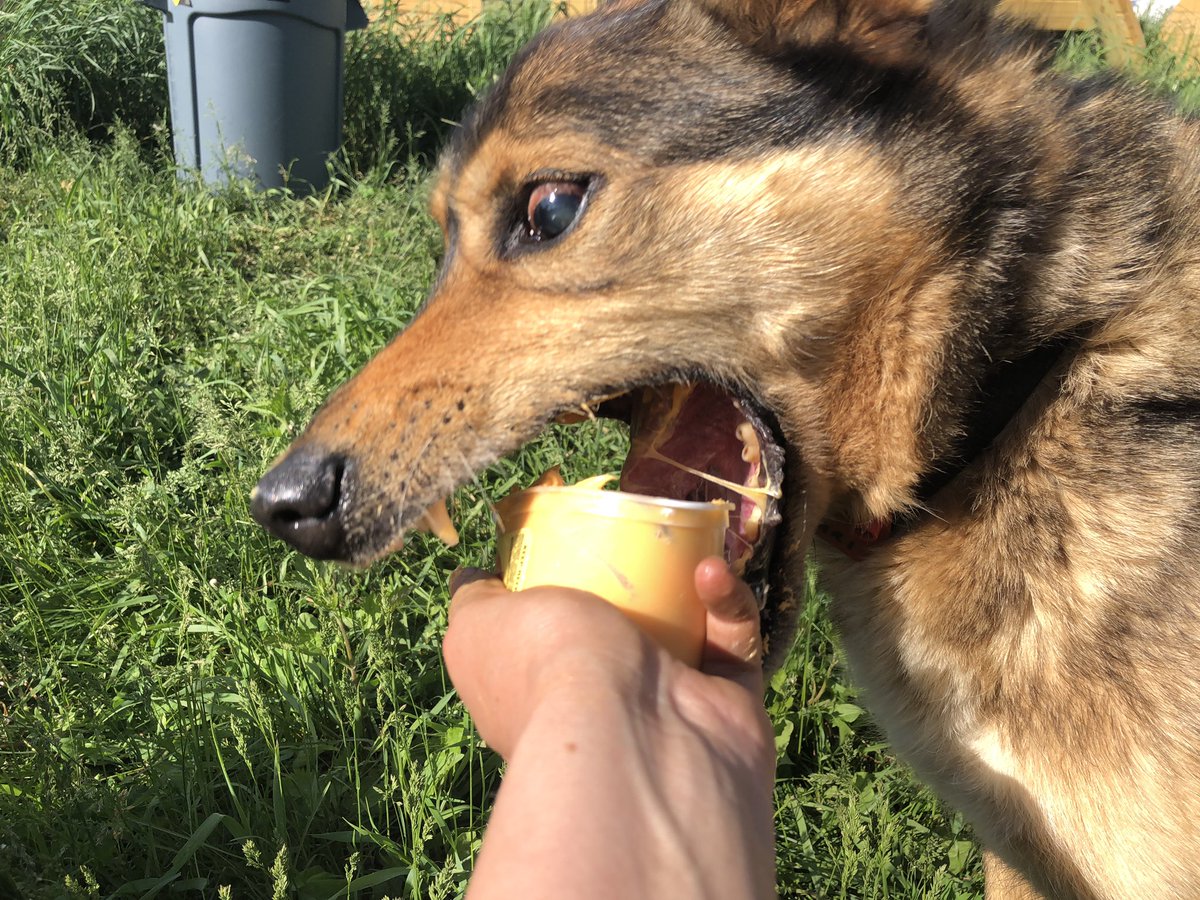 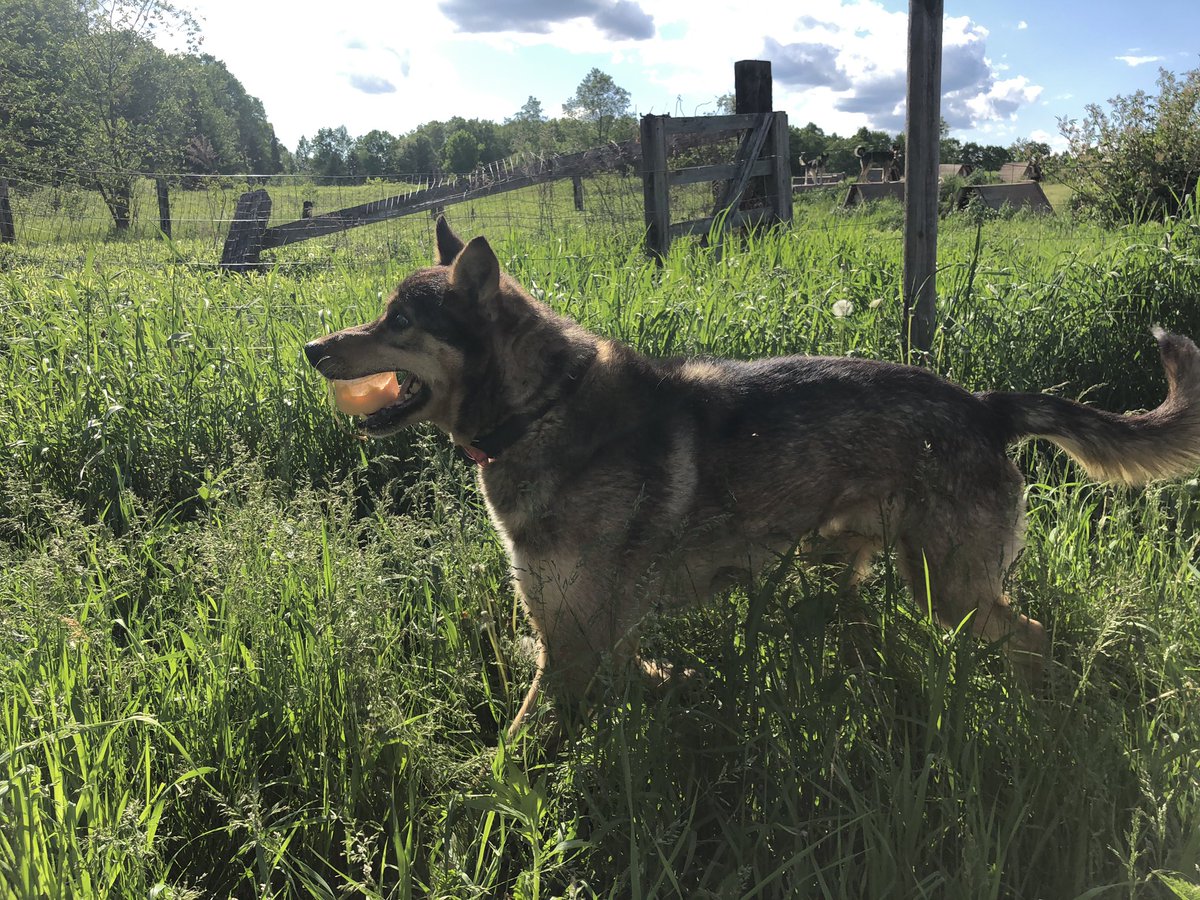 But when he was done, Jules got the container. 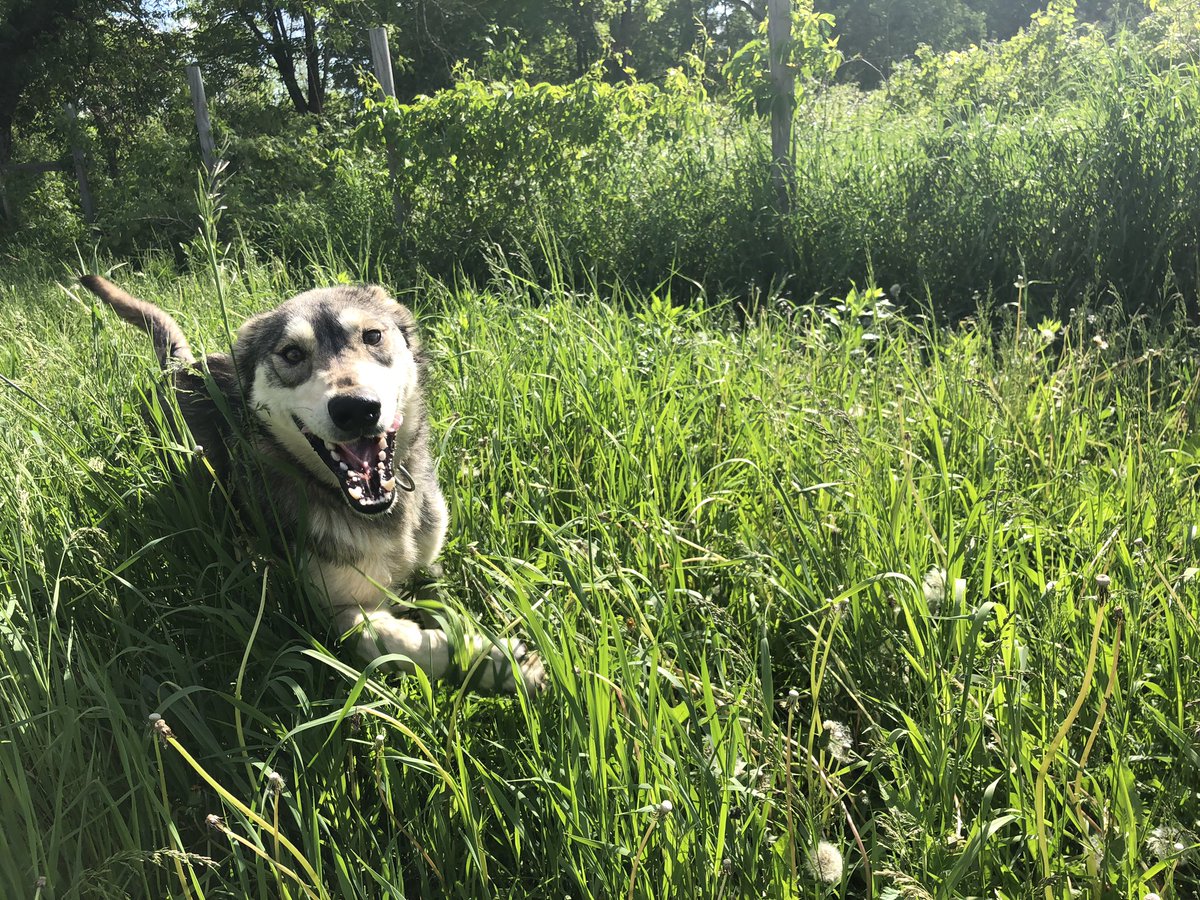