you’ll have seen news coverage of clashes in Hong Kong on Wednesday between demonstrators and police which left 94 people injured, including 22 officers, amid protests against an extradition bill which would allow suspected criminals to be sent to mainland China for trial....

Police were criticised for heavy-handed tactics after they used rubber bullets, water cannons, tear gas and batons to try to disperse the crowds in the former British colony, which achieved independence in 1997. 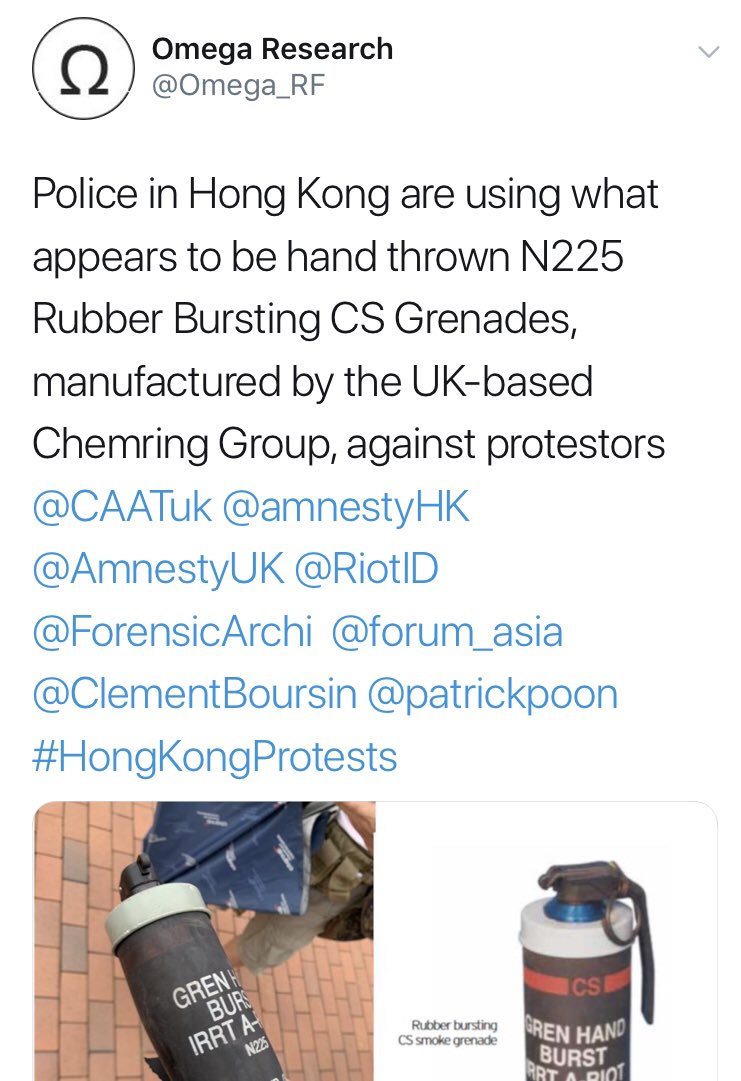 Gov says defence exports to HK are kept under “continual review” and could be revoked if no longer consistent with human rights.

But @EmilyThornberry says the claims show the need for a “root and branch” reform of
arms export regime.