The COASTAL ACE — the tug that first responded to the mayday call from the KOKUKA COURAGEOUS — noticed a conspicuous object on the hull, the company tells us. “Whatever it was, it was the reason for the crew of the tanker to evacuate the whole ship.”  https://www.nytimes.com/2019/06/13/world/middleeast/oil-tanker-attack-gulf-oman.html …

Worth mentioning that a @USNavy P-8 surveillance plane spotted an unexploded limpet mine attached to the hull of the KOKUKA COURAGEOUS, according to a @DeptofDefense official. Footage has yet to be released.  https://www.nytimes.com/2019/06/13/us/politics/oil-tanker-attack-pompeo.html …

U.S. CENTCOM has released an image of the damage to “Kokuka Courageous” on June 13, 2019. It shows the reported damage on the rear end of the tanker, and the object which is said to be a “likely limpet mine”. 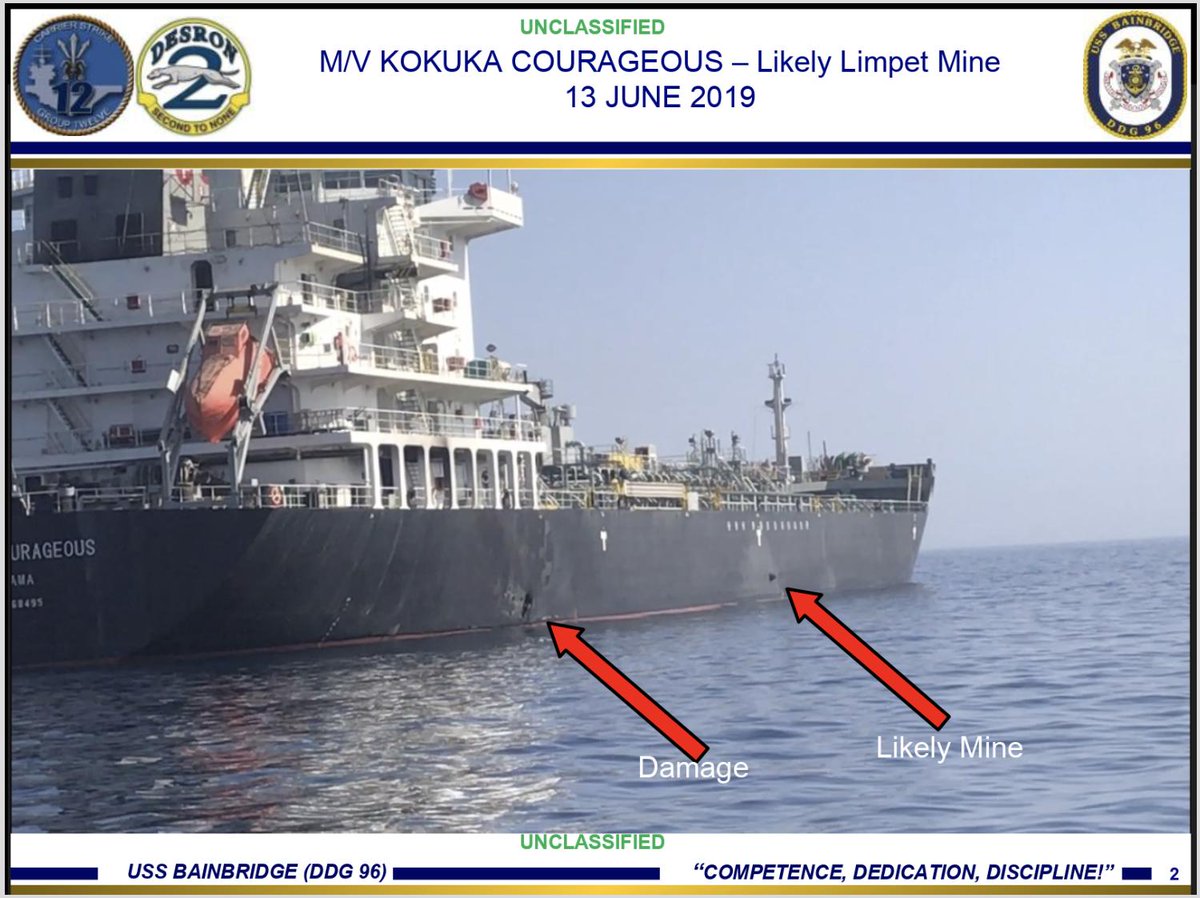 CENTCOM also released a video which they claim shows an IRGC Gashti class patrol boat approaching the “Kokuka Courageous” removing the object (“a likely unexploded limpet mine”) seen in the image above, around 4:10 p.m., before leaving the scene again.

How anyone (!) with an internet connection can try to verify aspects of the Gulf of Oman tanker incident. But open source investigation only can do so much. There's still many questions unanswered. Really good piece here by @EliotHiggins.  https://www.nytimes.com/2019/06/14/opinion/iran-tanker-attacks.html#commentsContainer …

And related, you may also be wondering.. “What the hell are limpet mines”? Well, former U.S. Navy explosive ordnance disposal officer @johnismay explains that for you. How do they work? Who uses them? And why are they in the news right now?  https://www.nytimes.com/2019/06/14/world/middleeast/limpet-mine-tanker-attack.html …

Our latest visual investigation takes a closer look at the P-8 surveillance footage offered by the U.S. to support their claim that #Iran's IRGC is responsible for the tanker attacks in the Gulf of Oman.  https://www.nytimes.com/video/world/middleeast/100000006558872/iran-tanker-video.html … 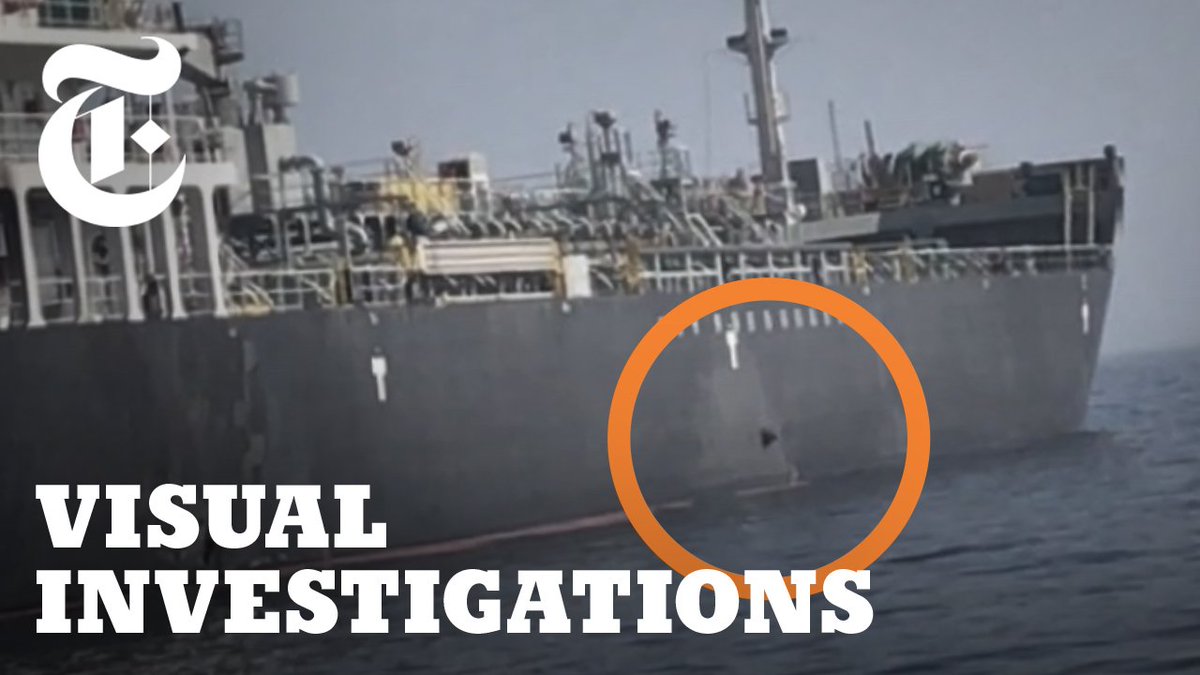 The footage has significant gaps, cuts out at key moments, and zooms in and out — it does not depict a single sequence of events. But here’s a thread (and video) with what it does show us.

We can confirm that this is one of the stricken ships — the Kokuka Courageous — by matching distinctive features with reference photos of the vessel, as @ntabrizy explains. @MarineTraffic AIS data also confirms it was 20 miles off the coast of #Iran.

..which matches boats used by the Islamic Revolutionary Guards Corps Navy, as visuals of a 2016 ceremony in Bandar Abbas show, as @Michael1Sheldon found. Notice the chevron pattern, center console, the hull's front part, and the AA gun. 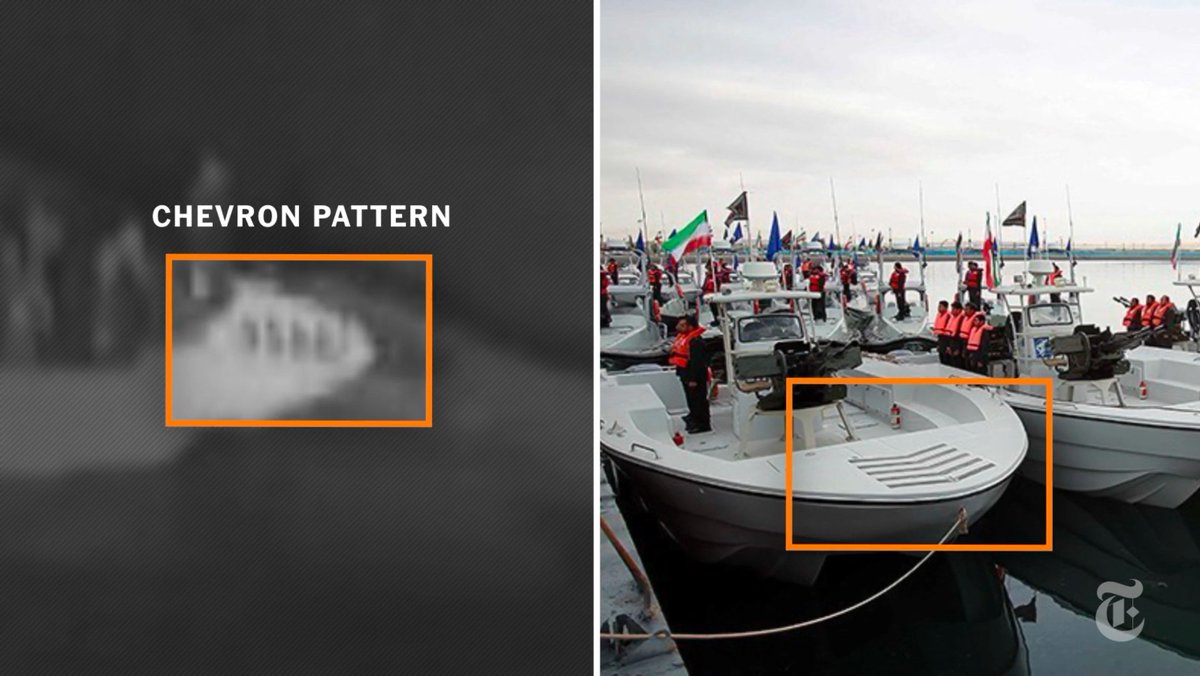 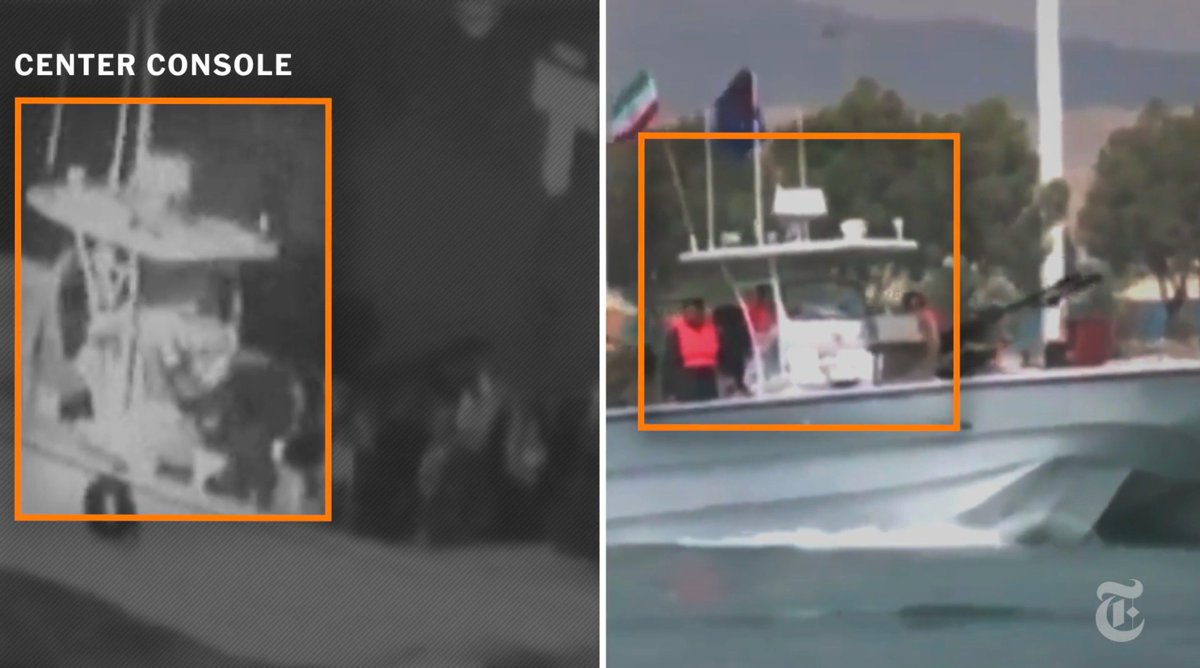 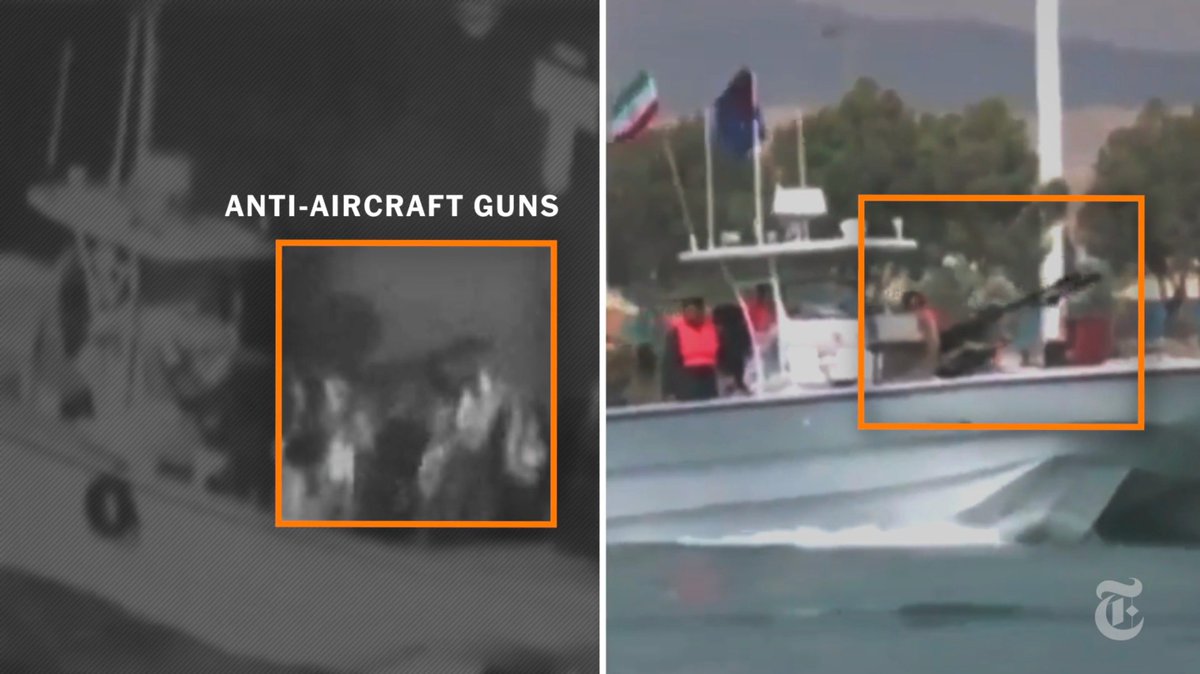 New, high quality stills of apparent ICRG patrol boat removing the alleged limpet mine from the Kokuka Courageous. That surely looks like the boat mentioned above, by the way. Timestamps probably in UTC; can be corroborated with earlier CENTCOM statements.

Looks like the HD footage published via @CarlaBabbVOA today is the exact same as the low resolution B/W footage released on Friday, which came from a U.S. Navy Boeing P-8 Poseidon. 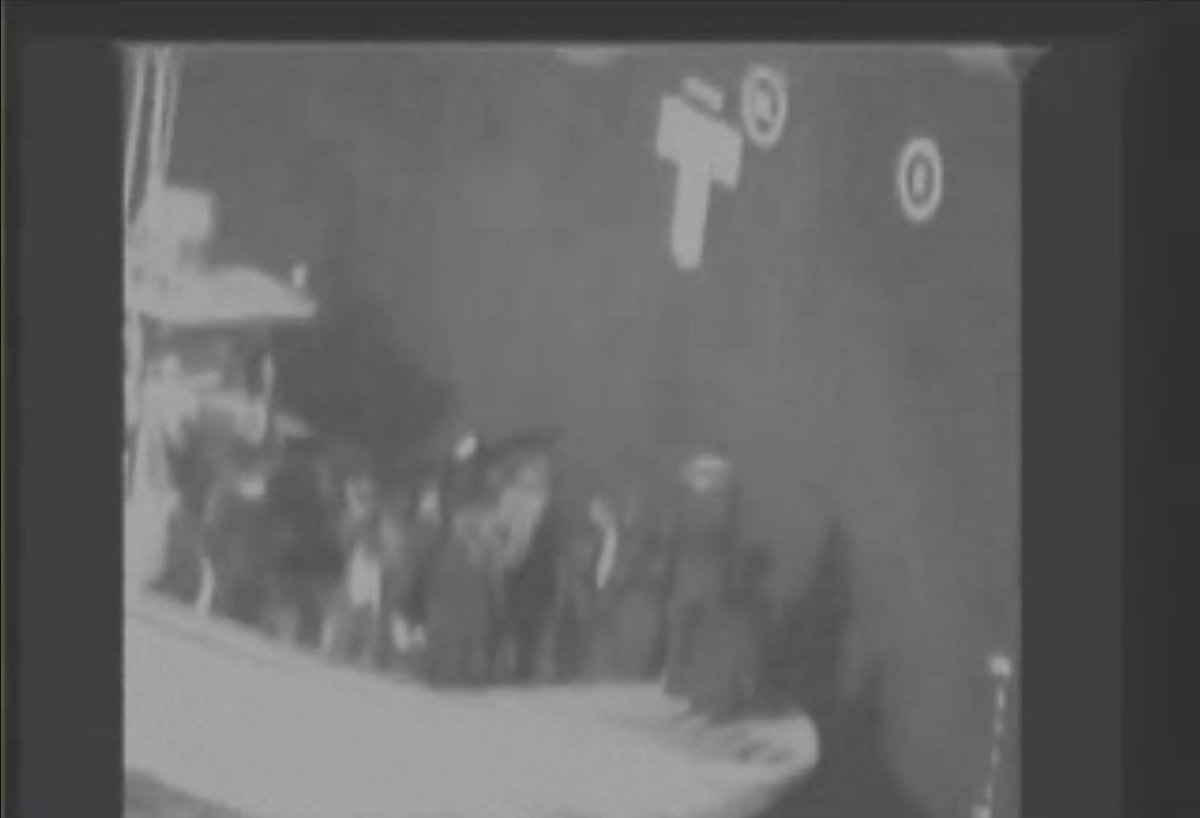 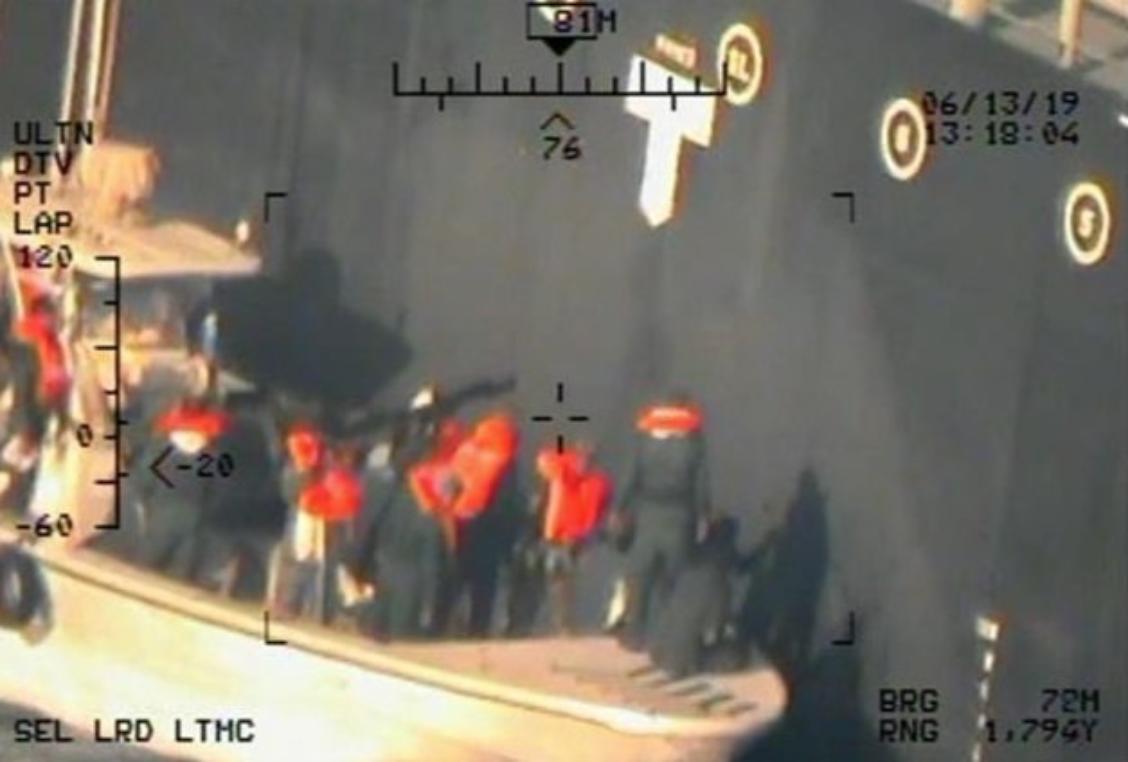 For future reference (in case anyone is comparing aircraft feeds): It's worth mentioning that @CarlaBabbVOA is hearing that both the B/W and color footage may not have been from a P-8 (as a @DeptofDefense official mentioned), but from a U.S. Navy MH-60.