The Chair of the Federal Election Commission has issued a statement in response to Trump's ABC News interview.

"It is illegal for any person to solicit, accept, or receive anything of value from a foreign national in connection with a US election. This is not a novel concept."

2. FEC Chair @EllenLWeintraub was appointed by George W. Bush in 2002.

She goes onto say in her statement:

"Any political campaign the receives an offer of a prohibited donation from a foreign source should report that offer to the Federal Bureau of Investigation." 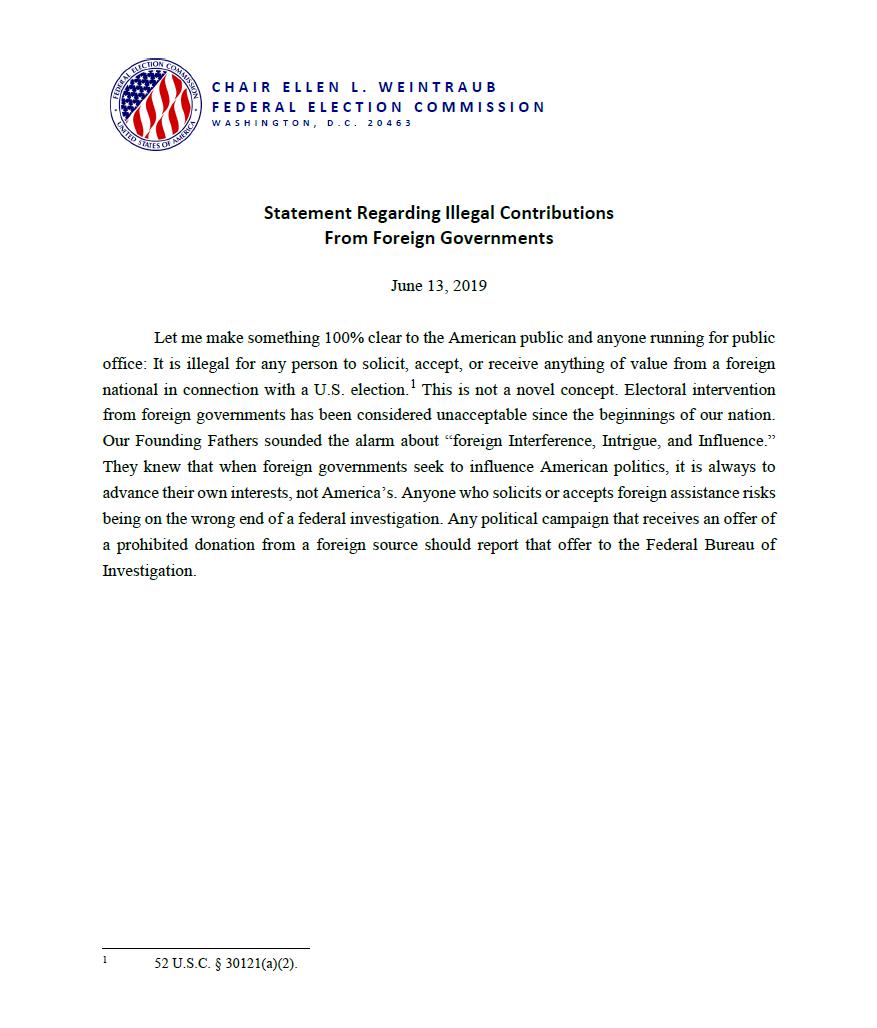 3. Question for @markknoller @BeschlossDC @LarryNoble_DC, do you know if an FEC Chair has ever issued a statement like this in response to an interview with a US President?

I doubt it, but just want to be sure.

4. Stunning that the Chair of the Federal Election Comm had to issue a strongly worded warning directed at a sitting US President telling him he shouldn't accept anything of value from a foreign national & should his campaign be approached w/ such an offer, they should call FBI

5. For those asking if the President can fire Chair Weintraub. That's not even necessary, she's actually exceeded her term by many years.

The president could nominate a replacement right away.