You might think Brock's jelly donuts are the worst example of localisation, but in the pre-90's days they'd do some horrific things to anime, like chop up a Miyazaki movie so badly we go this... Mess. 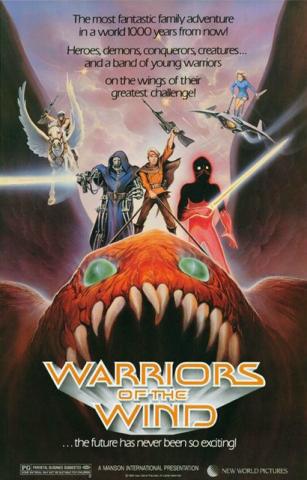 Sometimes they'd get the rights to stuff, cut different properties together, and make up their own plot. Can't remember what the hell if was, but I saw some movie as a kid that I later found out was some mish-mash of different mecha anime spliced together.

It's rather fascinating experiencing first hand the rather massive shifts in how anime reached western audiences back in the day. First it was recut and edited into something else, the origins of the media were essentially hidden, and it was aimed solely at children...

Then we got video releases that overtly marketed as Japanese, and specifically for more mature audiences. I'm sure plenty of folks remember this classic trailer. ;)

It was an interesting time, because rental stores often had no clue what to do with these titles and they'd absolutely rent them to kids, so me and a friend used to watch any we could get out hands on. Vampire Hunter D, Wicked City, you name it.

But often times only the hyperviolent content would get distributed this side, we'd get crap like Violence Jack (oh god did I hate that), but loads of other anime just didn't see any sort of release because it didn't fit into that violent niche.

The second shift I saw was when Spirited Away won an Oscar, and was probably the most profound, because we suddenly saw a whole load of DVD releases for movies that hadn't made it over before, and it was genuinely phenomenal.