THEY DID IT! A year ago, Nevada had a Governor who vetoed background checks, an AG we were suing to implement them, and a US Senator beholden to the @NRA. Yesterday, Nevada’s new Governor signed sweeping gun reform bills passed by the first woman majority legislature in the US.💪

Before signing the trio of bills yesterday, Gov. @SteveSisolak paused from emotion. Assemblywoman @sandra4nv - standing next to him - is a Las Vegas concert shooting survivor. Nevadans are so fortunate to now have these lawmakers fighting for them and their safety. 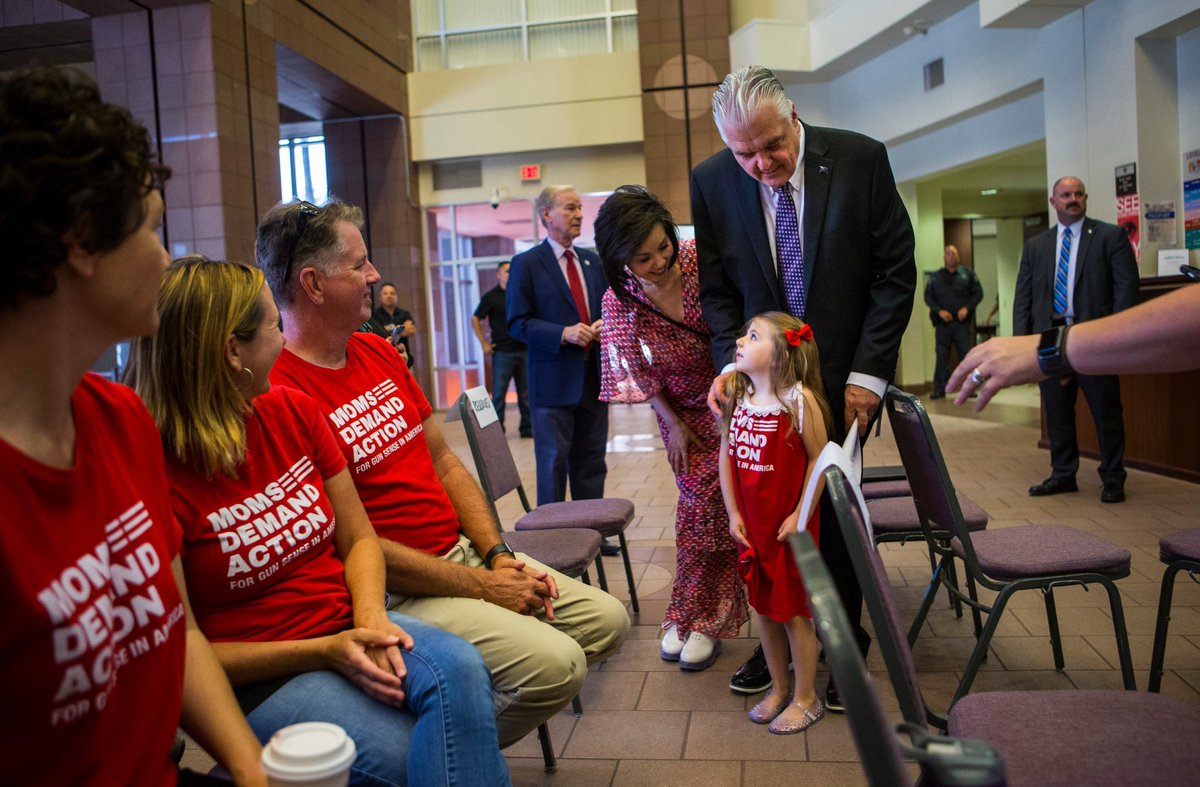 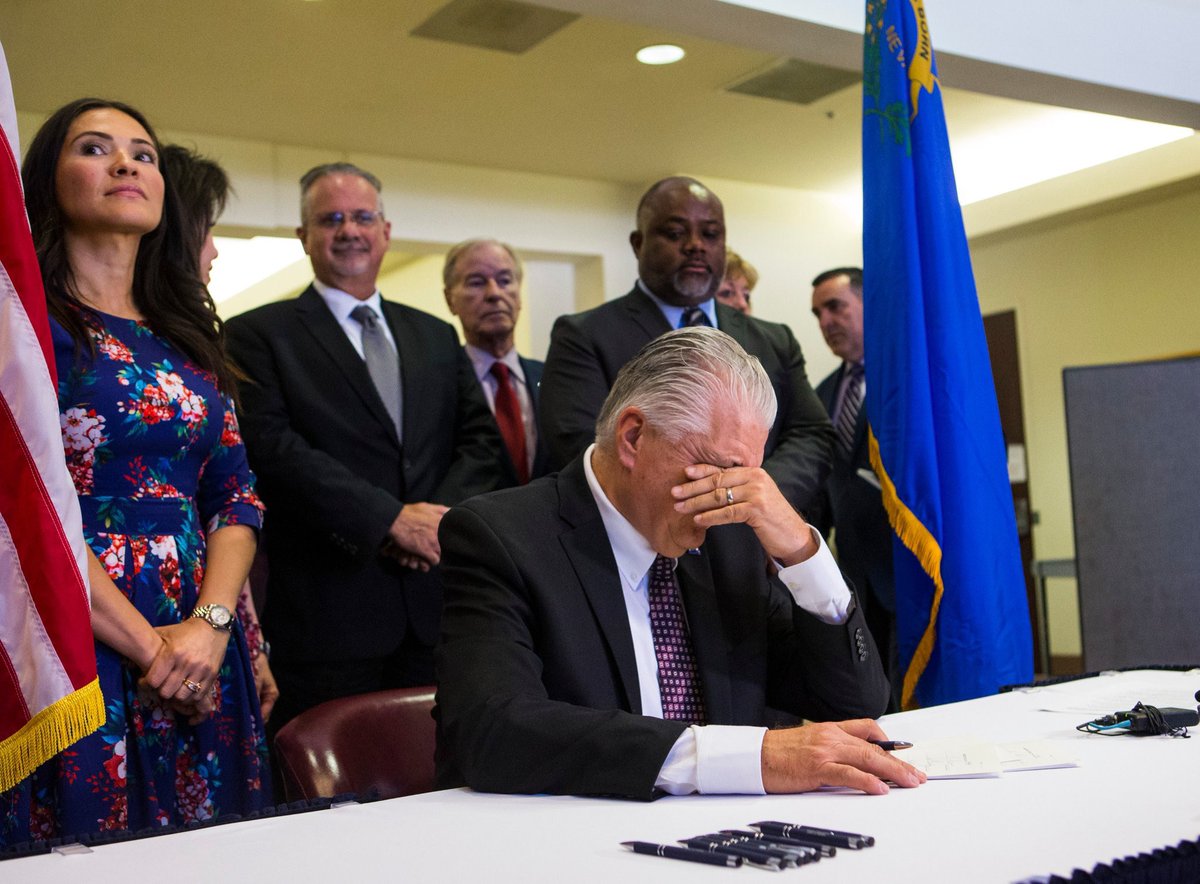 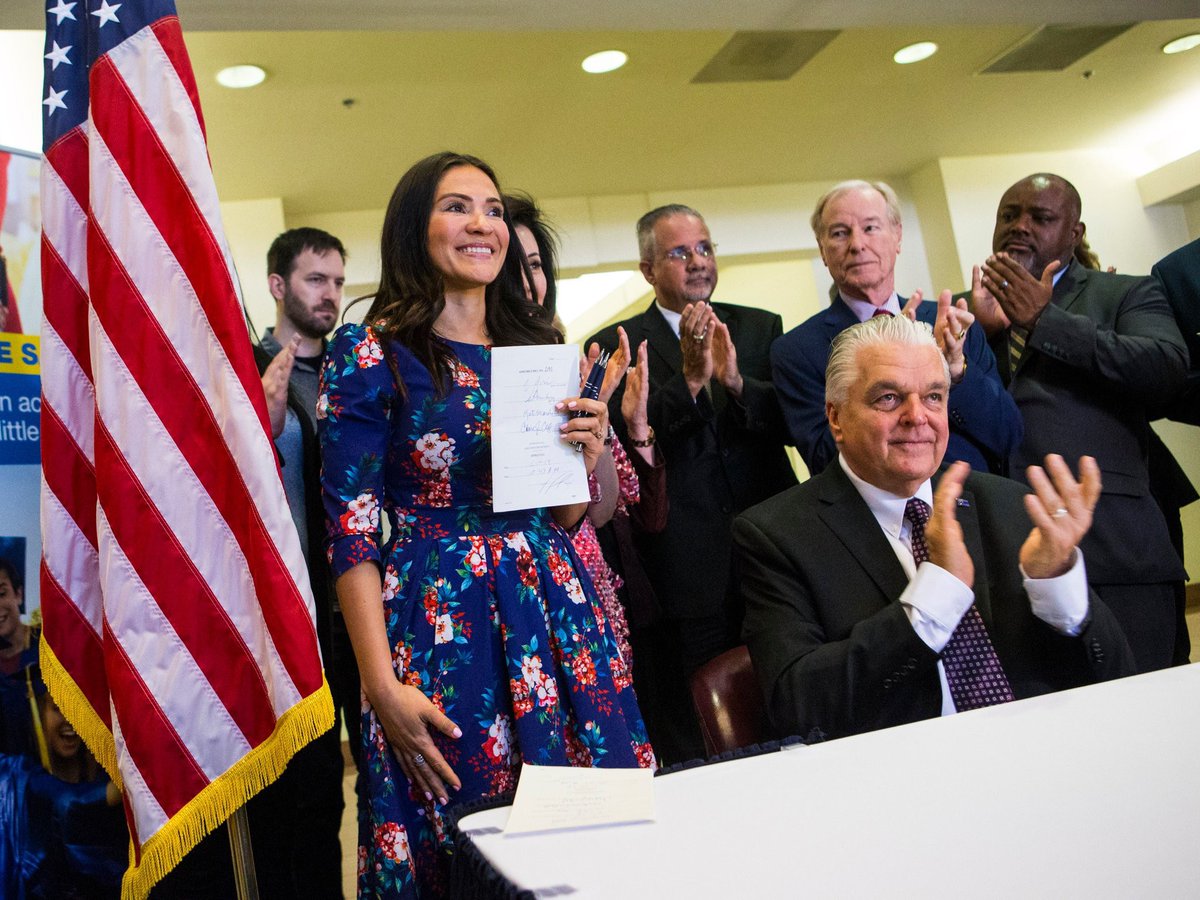