(THREAD) This thread discusses the difference(s) between the OPPOSITION RESEARCH conducted by the Democrats in 2016 and the CRIMES committed by the GOP candidate for president during the 2016 campaign. I hope you'll share this thread with anyone who you think might be interested. 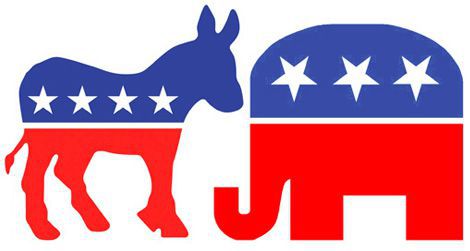 1/ From the moment he decided to run for POTUS in 2016—November 2012, per his own advisors—Trump told about as many lies about his foreign entanglements as he'd continue to do as president: that is, thousands. Each potentially hid the fact he'd been compromised by foreign powers.

2/ For this reason, and because Trump was widely known to have lived a life of white-collar crime and personal infelicities that could open him up to blackmail, REPUBLICANS decided to conduct aggressive opposition research on him during the GOP primaries.  https://www.washingtonexaminer.com/washington-free-beacon-funded-original-fusion-gps-anti-trump-opposition-effort …

3/ The right-wing entity that did the opposition research that'd eventually come to the country's notice—involving a company called Fusion GPS—was the WASHINGTON FREE BEACON, which engaged Fusion GPS to conduct such research with funding from a right-wing anti-Trump billionaire.

4/ While REPUBLICANS were paying Fusion GPS to do opposition research—a *lengthy* period from fall 2015 into spring 2016—Fusion GPS turned up evidence involving possible "golden showers" occurring in Russia in 2013, as the right-wing DAILY CALLER reported.

5/ That's right: REPUBLICANS paid Fusion GPS to find dirt on Trump, and almost immediately a Fusion GPS contractor from the United Kingdom (allowed by law because he's a contractor) found intel in Russia about the Kremlin possibly having kompromat (blackmail material) on Trump.

6/ No one in the Republican Party believed the WASHINGTON FREE BEACON and powerful billionaire funders of the GOP were engaged in any untoward behavior over the *nine months* they were paying an American firm, Fusion GPS, to conduct opposition research on Donald Trump. *No one*.

7/ The said behavior became objectionable the *second* it was a Democratic client paying Fusion GPS rather than a Republican one. So here's what happened with Hillary Clinton and Fusion GPS, beginning in the spring of 2016— when Chris Steele had already done much of his research.

9/ Because of the work a British Fusion GPS contractor (the former Russia desk chief for MI6, an ALLIED INTELLIGENCE AGENCY) had done for REPUBLICANS, the contractor, Chris Steele, knew that at least some of his research had to be in Russia—because Trump had done business there.

10/ Any opposition research firm will conduct research everywhere a given person has done—or, in Trump's case, better to say "tried to do"—business. Because most politicians aren't businesspeople, that usually doesn't extend to overseas. But Trump is an international businessman.

11/ Consequently, Chris Steele did research in Russia—a country he knew well from having worked there as part of an ALLIED INTELLIGENCE AGENCY. Steele was also, as his AMERICAN employers at Fusion GPS knew, someone who had done work alongside AMERICAN LAW ENFORCEMENT in the past.

12/ Steele found tons of info on Trump—some of which came from American sources, some from Russian sources. Steele thereafter compiled a doc he freely admitted was simply *raw intelligence*. None of the research was willingly supplied by someone REPRESENTING A FOREIGN GOVERNMENT.

15/ *Another* reason the Clinton campaign did nothing with it was because some of it came from overseas—a fact *no one on the campaign knew was going to be the case beforehand, nor did they ask it to be*—and the use of any overseas material was not something they wanted to touch.

16/ Meanwhile, the BRITISH contractor was so concerned about the information he'd uncovered—info that surprised even him, as he had *not*, in advance, known he was going to find it either when he was working for Republicans or, thereafter, for Democrats—that he *went to the FBI*.

17/ You'll notice I keep mentioning that Steele was BRITISH and had worked with an ALLIED INTELLIGENCE AGENCY. I do that because Fusion GPS *had* to contract with *some* non-Americans to do *overseas research*—but chose allied-intel researchers for a reason that'd become obvious.

18/ The reason Fusion GPS, which had to contract with *some* non-Americans, chose to contract with a BRITISH man who'd worked for an ALLIED INTELLIGENCE AGENCY—and who had worked alongside the FBI—is that they could trust his intentions. Unlike, say, if he worked for the Kremlin.

19/ And Fusion GPS turned out to be right, as when Steele took his info to the FBI—a federal agency he was known to, respected by, and had previously worked with—he did so, he told Fusion GPS, because he cared for AMERICA and was worried about a U.S. politician being compromised.

20/ And Steele also turned out to be right, as when U.S. LAW ENFORCEMENT saw what he had—*coupled* (as Republicans repeatedly forget to note) with similarly troubling intel from SEVEN ALLIED INTEL AGENCIES that arrived between December 2015 and July 2016—they were concerned, too.

21/ What Steele didn't expect was that US LAW ENFORCEMENT—while routinely talking and leaking to media about the less-serious Clinton email probe—would *take to its damn grave* the *wildly more serious* Trump case, at least pre-election. It even lied to the NYT to protect Trump.

22/ Concerned that the FBI had been compromised by politics—which a subsequent IG investigation would show it *had been*, with the entire New York field office of the FBI in the tank for Trump pre-election, and committing Hatch Act violations to aid him—Steele spoke to the media.

23/ Fortunately for Trump, virtually no one in the media would touch Steele's dossier either, even though—yes, even post-Mueller report—there's substantial evidence confirming Steele's own analysis at the time, which is that about 75% of his raw intelligence on Trump is accurate.

24/ Now let's compare that sequence of events with the CRIMES committed by Donald J. Trump, his family, and his campaign.

(As with everything else in this thread, everything I've reviewing here comes directly from *major media reports*. None of this is guesswork or speculation.)

25/ By spring 2016, Trump, his family, and his campaign *knew* that at *least* four nations (one hostile) wanted to see him become president: RUSSIA, SAUDI ARABIA, ISRAEL and the UNITED ARAB EMIRATES. How did he know? Because agents of these governments had told his campaign so.

26/ A campaign isn't just *one person*, of course. There were *many* people on the Trump campaign who had *worked campaigns before* and knew election laws in the United States, and undoubtedly would have communicated those laws to the neophytes on the Trump presidential campaign.

27/ So by spring 2016, one thing the Trump campaign knew FOR ABSOLUTE CERTAIN was that under NO CIRCUMSTANCES would it be legal for them to directly receive opposition research from an agent of a foreign government. LET ALONE a hostile government and LET ALONE *stolen documents*.

28/ Instead, the Trump campaign let it be known it was OPEN FOR BUSINESS to ANY government that had ANY information on Clinton acquired by ANY means and transmitted to the Trump campaign in ANY setting and for ANY purpose. This was the ethos of the entire campaign, top to bottom.

29/ We know that Trump, his family, and his campaign knew this policy violated the law because EVERY TIME THEY EXECUTED IT—in the process VIOLATING U.S. LAW—they did their utmost to *cover their tracks* and *lie about every aspect of their actions and any meeting they had taken*.

31/ And Trump Jr. was so sure he'd broken the law he lied to *everyone* about what he'd done: Trump campaign staff, his father (allegedly), Congress, U.S. voters, media, *everyone*. He was absolutely, stone-cold sober about breaking U.S. election law and hiding it from everybody.

32/ But the best part is this: the Trump campaign DIRECTLY received ILLEGAL AID from FOREIGN GOVERNMENTS and HID WHAT THEY'D DONE over and over and over and over. For instance, Kushner was being advised—and getting aid from—the Israeli and Emirati ambassadors from March 2016 on.

33/ Trump Jr. was DIRECTLY offered ILLEGAL AID in the form of MONEY and a SOCIAL DISINFORMATION CAMPAIGN—to be directed at U.S. voters—by an emissary from Saudi Arabia and the UAE, who was accompanied by an Israeli spy introduced to the campaign by an Israeli government agent.

34/ Trump Jr. lied to media and lied to Congress about this meeting, which occurred on August 3, 2016. The evidence from major-media reporting confirms that the Israeli social disinformation campaign *did* occur and *was* paid for, on Trump's behalf, by Saudi Arabia and the UAE.

35/ But that's just the tip of the iceberg: the Trump campaign mounted at least FIVE CONCURRENT MONTHSLONG EFFORTS to contact Russian hackers and get Clinton's alleged "missing" emails, including efforts led by Smith, Ledeen, Flynn, Schmitz, and Stone—plus a possible one by Page.

37/ I could go on in this vein *all day*—for instance, the Mueller Report detailed (did you know?) that Kushner received, in September 2016, from a *"friend" of Vladimir Putin*, Russian intelligence relating to former president Bill Clinton—but the point is already made, I think.

(1) Opposition research, contracted for by Americans, with Americans, using (at most) contractors who've worked with U.S. law enforcement, looking at legal materials relating to things a candidate said, then not using any of them and reporting them to the FBI

(2) A campaign of grinning gremlins running all over the world and the Dark Web hunting for hostile foreign governments peddling stolen materials in an open attempt to influence an American election, even as the gremlins are all being secretly advised by foreign governments

40/ What Clinton's campaign did wasn't just legal—it showed amazing restraint in *not* using what it had and going to the FBI with what it had, while not publishing it. Meanwhile, the Trump campaign broke *so many laws* and with such treacherous intent it *boggles the mind*. /end

PS/ I don't mean to imply (#40) Clinton's campaign went to the FBI; as I mentioned, it was Steele who did, and to my knowledge he had no contact with the campaign. I just meant that in the us-vs-them totality the GOP has created, among the things one "side" did was go to the FBI.