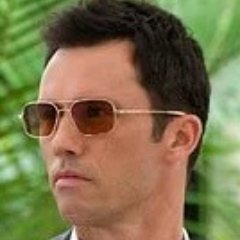 THREAD: A new Sheriff in town.

1. We are awakening into an awareness that there is an ancient authority present which has controlled our money, governments and media.

We call them “The Deep State” or “Shadow Government”.

Is this authority even real?

2. Yes. It is real and it must be removed legally and respectfully.

We are a maturing consciousness moving out of a long period of captivity.

We don’t need to break furniture and punch walls as we leave. We move on our terms. We move into a new era of peace of love.

3. This corporate DS authority was given life by the Papal Bull ‘Unam Sanctam’ in 1302. This was the first Trust on earth. It noted that spiritual authority was “higher than the temporal”.

This Trust also declared that “every human creature is subject to the Roman pontiff.”

4. My thread on Unam Sanctam showed how everything was made subservient to the Pope.


5. The DS has cleverly wrapped a genuine ownership structure around us.

It matters not whether it is legitimate. They created it and we have played by their rules.

They publicly decreed their authority, cleverly hiding it in plain sight.

6. Let’s look at HOW this ancient authority gradually evolved into modern society and finance.

(H/T to Serial Brain 2 for several of these leads).

The Virginia Charter in 1606 was the first Royal Charter issued for the planting of a British colony in America.

7. Charters were issued to private trading companies or proprietary lords. This Charter of 1606 gave rights to the London-based Virginia Company.

These companies literally seized the world during the 1600’s and 1700’s, often hurting indigenous peoples.

8. In America, the colonies created conflict, eventually leading to the patriot uprising against the Crown.

The Revolutionary War started on April 19, 1775 with the battles of Lexington and Concord.

9. The British controlled the key cities within the colonies, with NY the major base during the war. The Crown had been brutally exerting their control.

The 1776 uprising was not just a US issue. This corporate authority was being exposed world-wide.👇

Notice their papal head-wear and the Pope’s Nazi symbolism, showing the connection to the Knights Templar and ancient Rome.

Globalism may look sophisticated but the authority behind it is evil. This dark authority almost seemed prepared, morphing...

12. ...quickly into something that appeared benign - finance.

This was a key purpose of The Treaty of Paris in 1783, where the King of England would continue profiting from the corporations in America.

It appeared to give freedom, but...

13. I recall that hilarious Trump interview where, several times, he said we must go back and find the “oranges”, or the origins, of the Russian collusion story that was brought against him. He said we need to go to "the beginnings".

The “oranges” of central banking started in 1694 when King William III of Orange created the privately owned Bank of England as the Government’s banker to fund its wars.

This bank would help place the world into debt.

15. The BoE was nationalised in 1946 and is now wholly owned by the “Treasury Solicitor”.

Don’t be fooled by the name. The new owner is a corporation masquerading as government. The Treasury Solicitor Act of 1876 established it as a “corporation sole”.

16. The Rothschilds fully entered the British/ US banking game following the battle of Waterloo in 1815.

Even their name was derived from the German “rothen schild”, meaning "red shield”. Coincidence?

Any connection to the Templars or the Hessian army?

17. History shows that Nathan Rothschild knew of the Waterloo result in advance, sold British Government Bonds, creating panic, and then bought them again for a fraction of the price.

This effectively put the Bank of England in debt to him.

18. Owning banks was not a new idea for the Rothschild family. They already controlled several in Europe.

Source for picture below:
https://archive.org/stream/SummaryOfRothschildPower/TheWorldOrder-AStudyInTheHegemonyOfParasitism_djvu.txt …

19. The Act of 1871 would establish the final structures for world debt enslavement.

It created a separate corporation known as The United States. It also created the corporation that is now known as Washington DC.

The DS established a legal authority over humanity in 1302, evolving into what we see today.

They believe they hold the authority to appoint the Presidents of all their corporations in the world. They have given us the illusion of...

22. ...democracy but they will appoint who they want, or let us choose from two.

The rules have always been in full view: They “appoint and qualify” the heads of their corporations.

It seems, after all, they are the major shareholders and hold the major voting rights!

23. This is why they “legally” rig elections.

This is why they cannot accept Trump - the “new Sheriff in Town”.

This is why the DS continually declare Trump to be “unqualified and unfit”.

He is not operating within their authority structures!

He's the fox in their hen house.

24. The DS are still calling out to their god. However, a higher authority is now present. Ancient decrees are being undone. This is removing the power of their oppressive regime.

What are we watching?

Has Trump already ended it? 👇

25. Unam Sanctam was publicly annulled by “we, the people”. 👇

Our authority to do this is twofold:

- we are conscious of our oneness with each other and with our Creator.
- we desire to live in love, not oppression.

This is the journey of our maturing consciousness.