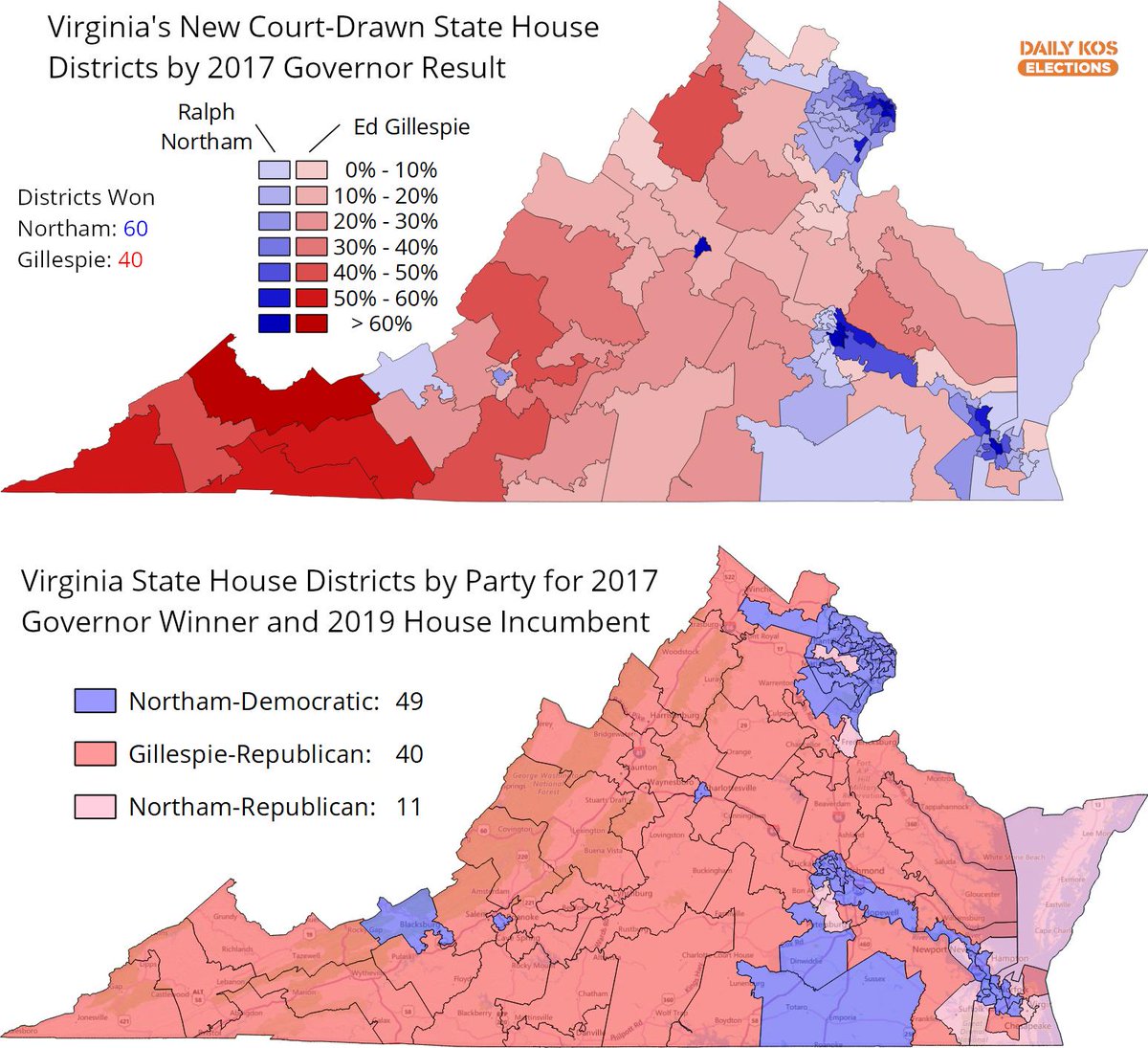 Clarification: The Supreme Court ruled that the GOP lacked the standing to appeal, so they didn't technically uphold the lower court's ruling on the merits, but it still effectively stands. Here's a link to the ruling  https://www.supremecourt.gov/opinions/18pdf/18-281_6j37.pdf …

.@mcpli argues this final part of the Virginia GOP's appeal is also likely to be rejected over the lack of the standing to appeal 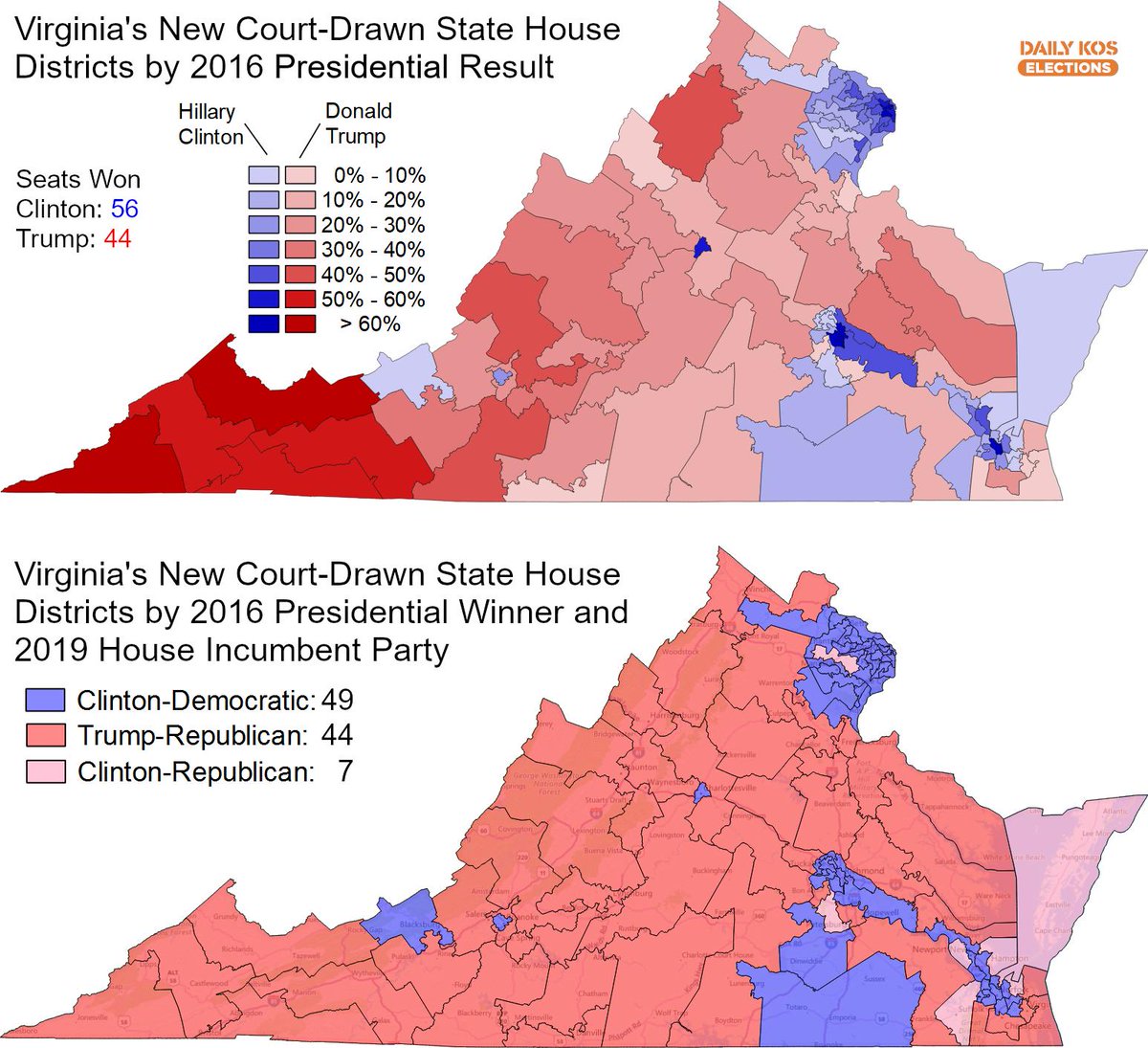 In 2011 redistricting, the Virginia GOP used an arbitrary threshold to set every black district at no less than 55% black, regardless of whether that high proportion was needed to elect black voters' preferences under the Voting Rights Act. Lower court ruled this unconstitutional

While the Supreme Court's new Virginia ruling wasn't settled on the merits, a similar 2015 Alabama case saw SCOTUS reject such arbitrary thresholds. For mapmakers using race, your best bet is to ensure it's justified based on analysis of what level is needed to satisfy the VRA

Virginia's state Senate is also up in November. Unlike the GOP-gerrymandered state House, Dems drew the Senate. But their gerrymander was so weak that the GOP won control all decade. That could change in 2019, since 6 GOP seats voted Dem for 2017 governor  https://www.dailykos.com/stories/2019/6/12/1864327/-Our-new-Virginia-data-shows-just-how-rough-a-ride-GOP-are-in-for-in-November-s-legislative-elections … 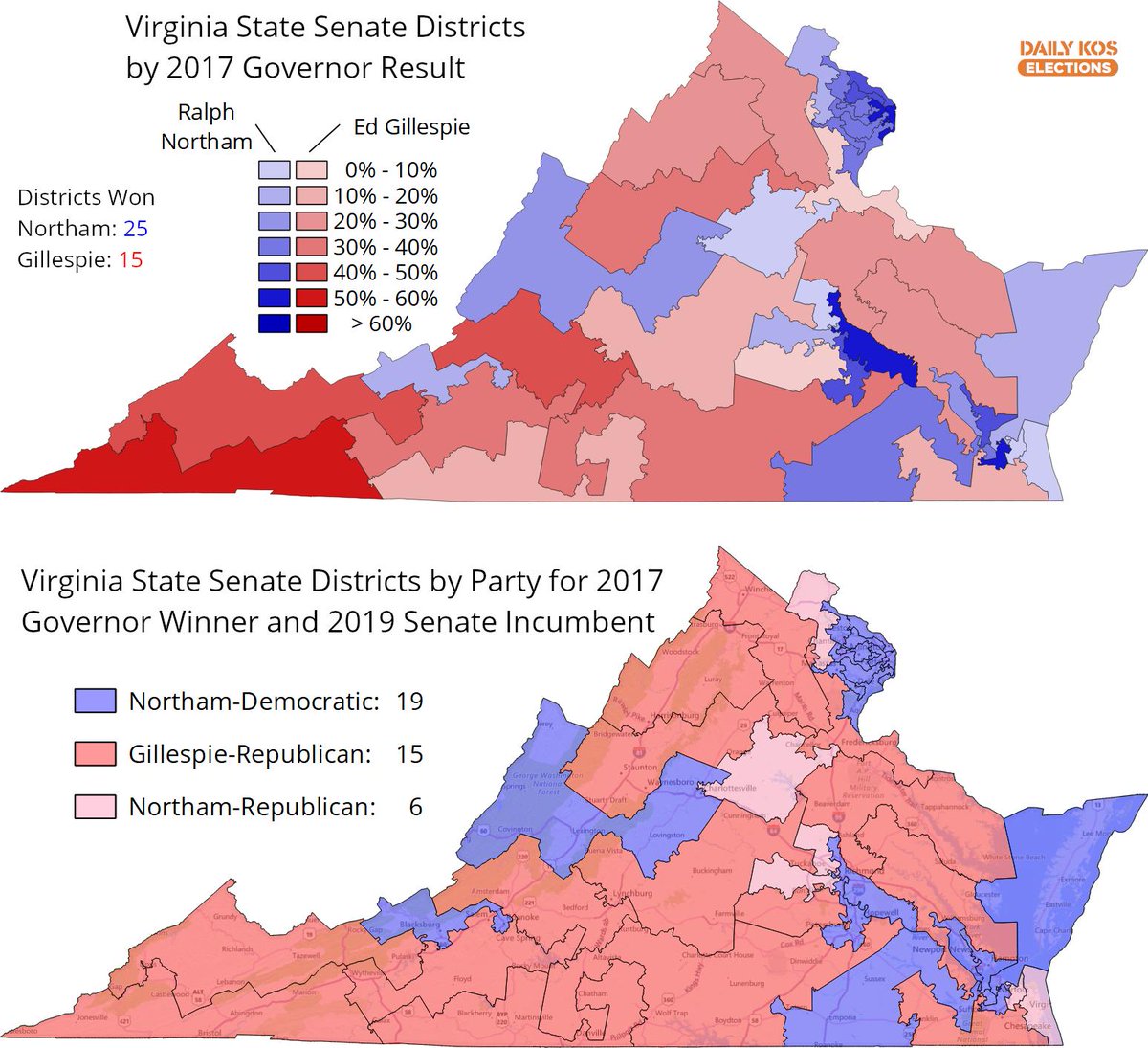 No, the Virginia case was over racial gerrymandering, & the Maryland & North Carolina cases concern partisan gerrymandering. The Supreme Court has a large body of jurisprudence regulating race in redistricting, unlike partisanship

And now this appeal has also been rejected (hat tip to @john_rimes)  https://www.supremecourt.gov/orders/courtorders/061719zr_5357.pdf …