So, about Alex Jones.

1) In the Sandy Hook lawsuit, he's asked to produce emails.
2) He does, but his counsel doesn't review any of them, they just dump them on the plaintiffs.
3) The plaintiffs' consultants see child pornography. They contact the FBI, as they should.

4) The FBI asks for the whole dump of emails, which plaintiffs give them.
5) The FBI reports back it found numerous child pornography images, apparently sent to InfoWars addresses.
6) As far as we can tell, nobody claims Alex Jones solicited or even knew about them.

7) Maybe the FBI thinks Jones did something wrong but, well, I suspect they'd have arrested him by now if they felt Jones solicited the images or knew he had them.
8) Jones throws a fit on his show and threatens the lawyers for the Sandy Hook victims. 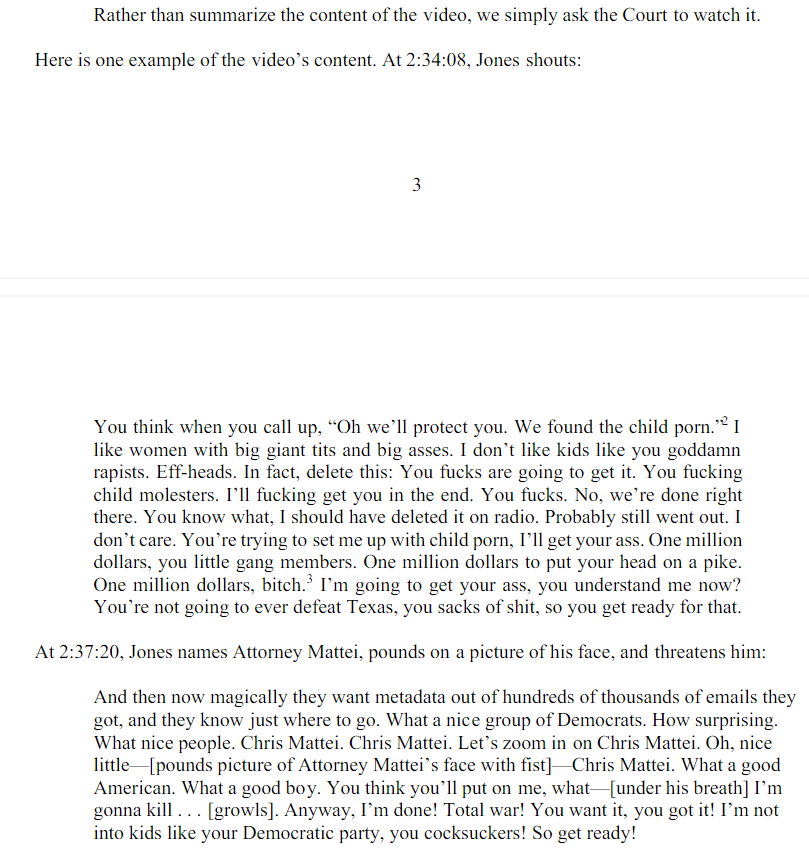 9) The plaintiffs have filed a motion. Thus far, they haven't sought specific relief, but presumably it's some sort of sanctions and or a gag order to preclude Jones from talking about them or the case.

You can read it here:  https://www.scribd.com/document/413672674/Lafferty-Motion-for-Review-of-Broadcast …

Alex Jones is horrible and I hope he gets sanctioned and loses the case.

But it does not appear he was knowingly involved in possessing child pornography. Rather, someone emailed it unsolicited to an InfoWars address.

That is the big "if," and I have to assume he didn't know. If he did know and had any semblance of self-preservation, he would've set his servers on fire or told his lawyer or done *anything* other than turn them over for production to the plaintiffs.

That's not to say "destruction of evidence is good!" It's bad!

But I find it unlikely Alex Jones's respect for non-spoliation of evidence outweighs his love for himself. If he knew there was child pornography, I assume he'd have done anything to avoid producing it.

Alex Jones's lawyer just filed a motion to halt the proceedings while he investigates if he now has a conflict of interest. The motion includes a ludicrously long passive voice sentence blaming plaintiffs(!) for the production. It's unclear to me what...  https://www.scribd.com/document/413682428/Lafferty-InfoWars-Mt-to-Stay … 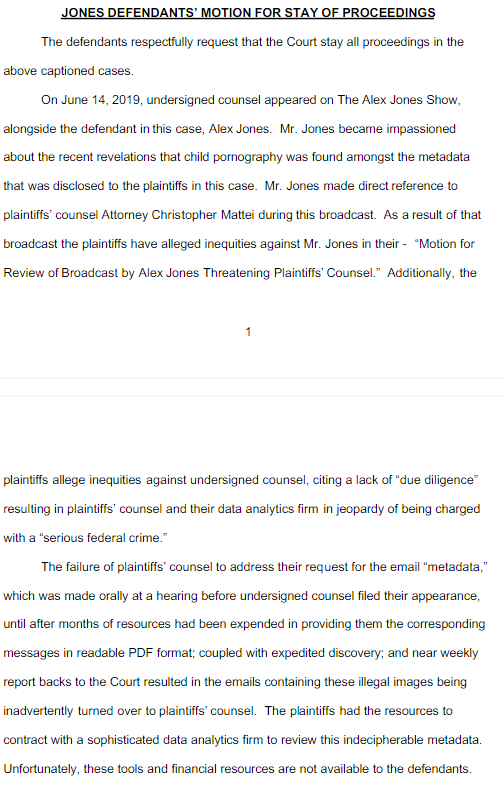 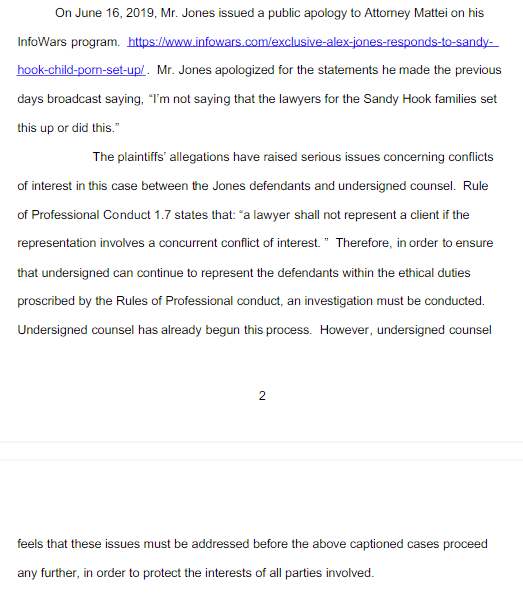 ...his apparent conflict is, other than a vague implication that, because he could be at fault for the email production and the threats on the show, there's some conflict. There can be circumstances where an attorney's error creates a conflict of interest, because defending...

... themselves means not defending the client or blaming them, but I don't really see that sort of conflict here, and it seems Jones's lawyer doesn't really see it either. He just wants to stop things for a bit to "investigate." Could be stalling, could be a real problem.

Alex Jones and his lawyer put up a response. I refuse to link to it, but I listened to it. Nothing useful, it's mostly wild accusations and kvetching about the media. I mention it because they seem on the same page, so I can't see what "conflict" Jones would have with his lawyer. 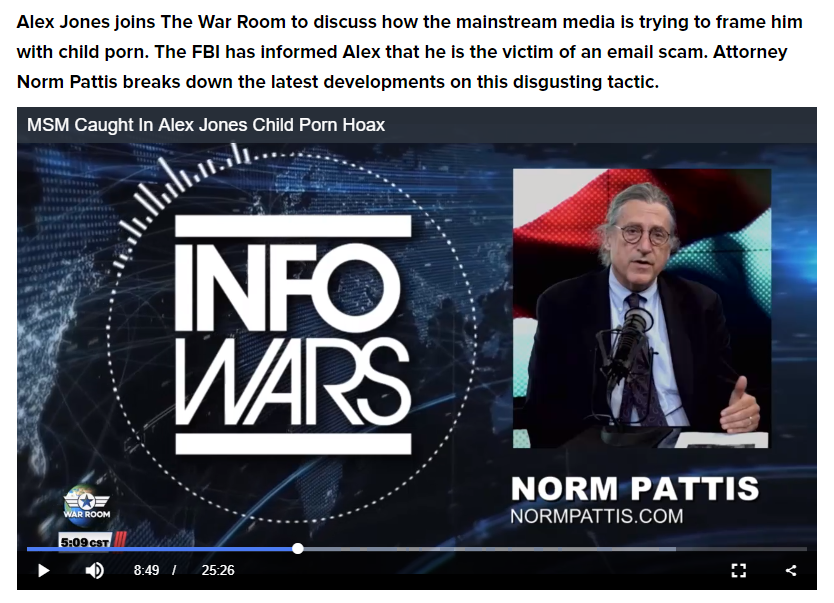