"[Yesterday he] posted a picture of a sword, saying that he was a 'gladius' about to 'defend the modern Republic.' [On 6/09], he warned 'the storm is coming.' The video ends w/ [him] saying he’s 'ready,' & holding up a long gun. [Incel references appear.]"  https://www.nbcnews.com/news/us-news/suspected-gunman-shot-after-opening-fire-outside-dallas-court-building-n1018251 …

It's always the same profile, with the same trail of radicalization in their wake. 👇

We hear a lot about large right wing personas, or about the 8chans and underworld Discord servers, but a lot of the content that appears again and again in their radicalization cases are public. Here's a thread on one of them.

ESL is still active on YouTube. The incel manifestos & thumbnails are still out there, and more content is being created in the light of 'remembrance' each month. I have been talking about this since 2017, & yet, this was uploaded 3 weeks ago, on the 5th anniversary of Isla Vista

1,139 views, 74 comments, and many of them in this coded incel language in search of retribution. These radicalization cases will not end until the platforms do better. After following this for nearly 3 years, I do not see that happening anyone soon. 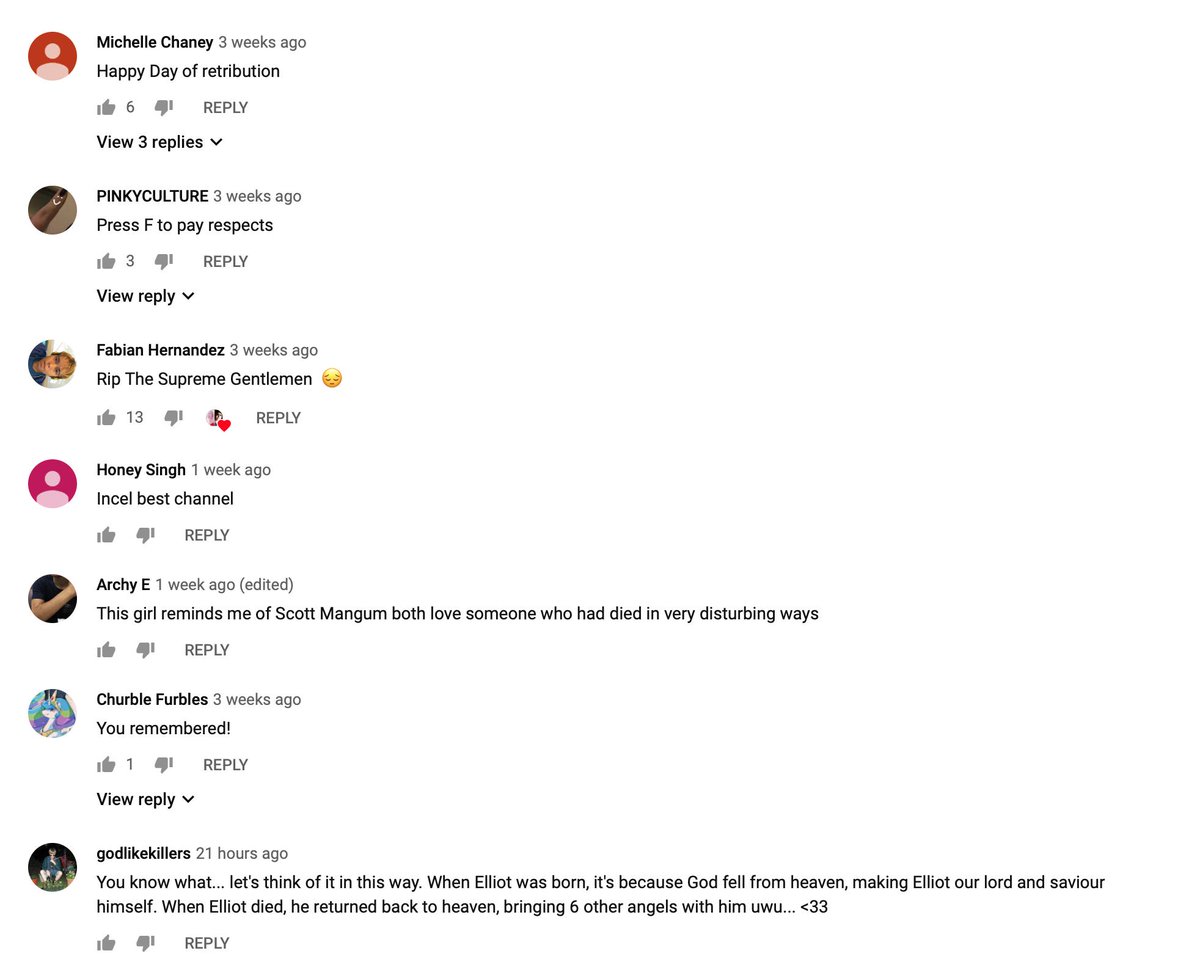 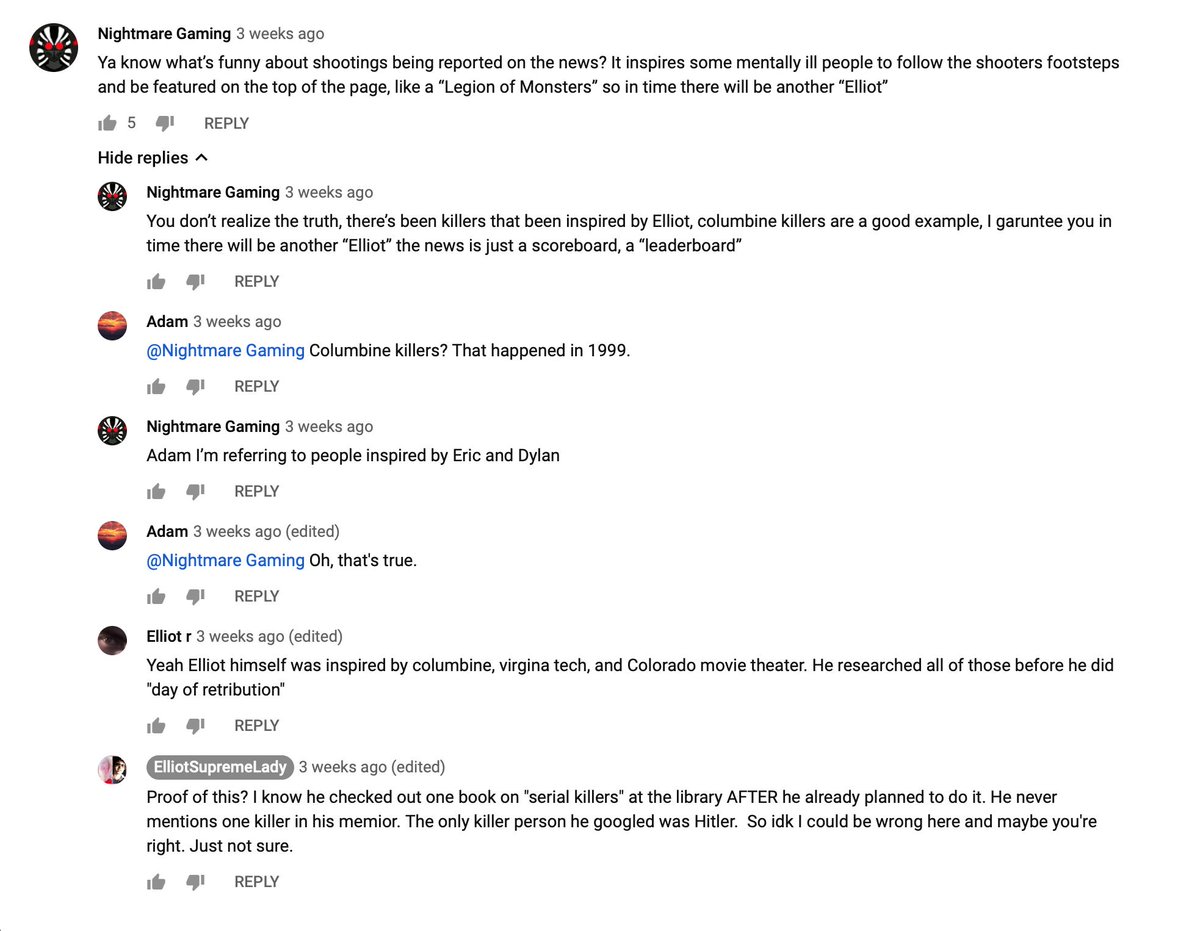