A new @berkeleyigs survey has revealed broad backing across party lines, demographic groups and all regions in California for restricting housing growth in wildfire zones.  http://ow.ly/YHOr30oXEkN

We just had the deadliest and most destructive wildfire season in California history. And officials are growing increasingly anxious over what many fear will be another one.
https://www.latimes.com/local/lanow/la-me-california-braces-for-new-wildfires-20190614-story.html …

Previously, @dillonliam found that Northern California’s wildfires burned homes at a greater pace than developers were building them, deepening a housing shortage that already has left millions struggling to find affordable places to live.
https://www.latimes.com/politics/la-pol-ca-housing-problems-wildfires-20181205-story.html …

But aside from agreeing that new homes should be limited in fire-prone areas, voters were evenly divided over whether California should require cities and counties to build more homes in their communities.
https://www.latimes.com/politics/la-pol-ca-california-housing-bill-failures-20190604-story.html …

The survey did find a split among age and demographic groups on whether California should take a larger role on expediting more housing.  https://lat.ms/2WQyuvk 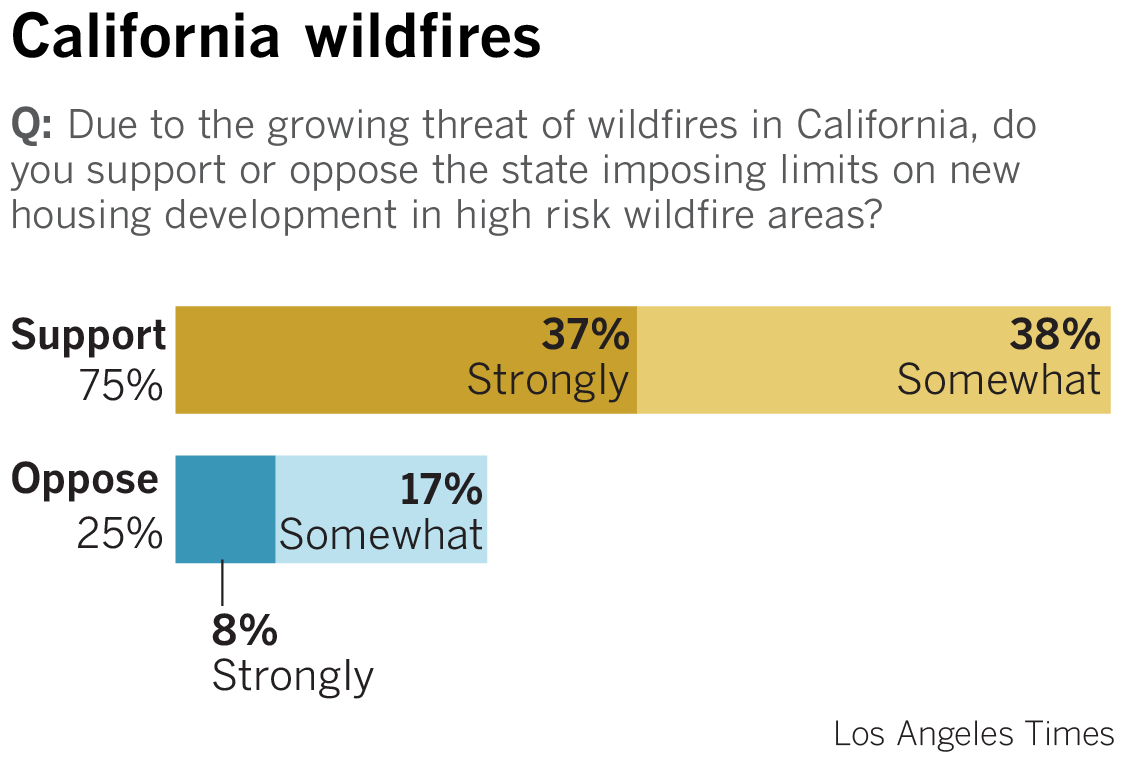