Two White House counsel and reps from @TheJusticeDept's OLC were there.

Acknowledging this is unusual, Nadler said in the transcript: "I note that the committee does not typically permit agency counsel to be present in a transcribed interview involving nonagency employees."

They weren't just passive observers either.

Michael Purpora, a deputy counsel to the president, objected after Nadler simply asked whether Lewandowski became an executive branch official.

"It's a matter of public record," Nadler noted. "Why would you object?" 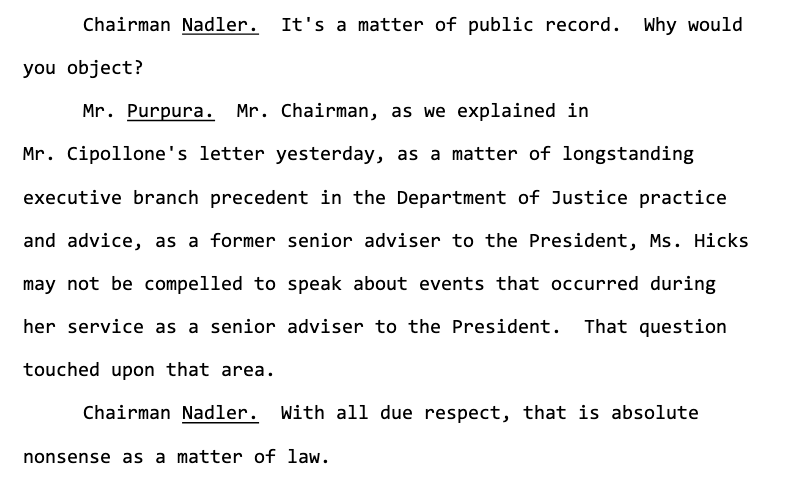 Hicks refused to answer *that* question.

Nadler says that the Trump admin blocked Hicks from answering questions 155 times, on the theory that she had absolute immunity from answering any questions about events from when she was a White House adviser.

A theory that Nadler called "absolute nonsense as a matter of law."

Asked by Rep @Mad4PA whether she was surprised by the more than 100 contacts between Trump campaign and Russia detailed in the Mueller report, Hicks said she was "very surprised." 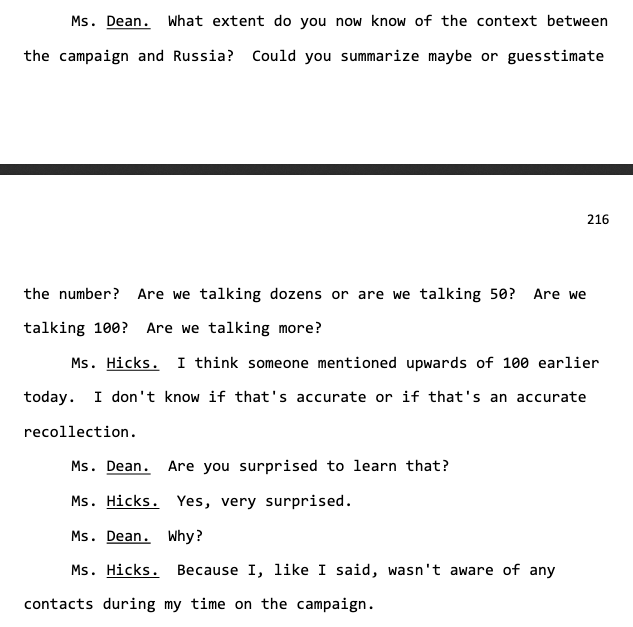