Mississippi's method of electing its governor is a Jim Crow gerrymander. Candidates have to win both a majority of popular votes & a majority of state House districts, which Republicans gerrymandered to ensure Dems can't win a majority without an unlikely double-digit landslide

We first noticed this remnant of Jim Crow last year, & our data shows just how high of a hurdle it imposes on the party black voters support. A Democrat would have to win the statewide popular vote by somewhere near 15% to win a majority of districts  https://www.dailykos.com/stories/2019/2/4/1832206/-A-Jim-Crow-law-stacks-the-deck-against-Mississippi-Democrats-Our-new-data-set-shows-just-how-badly …

If no candidate for Mississippi wins a majority of both the popular vote & the state House districts, the House itself would choose the winner. There would be nothing preventing the Republican majority from choosing the GOP candidate regardless of if the Democrat got more votes

Of course, it shouldn't be so shocking that a state with this state flag in the year 2019 still has literal Jim Crow elements remaining in its state constitution #Mississippi 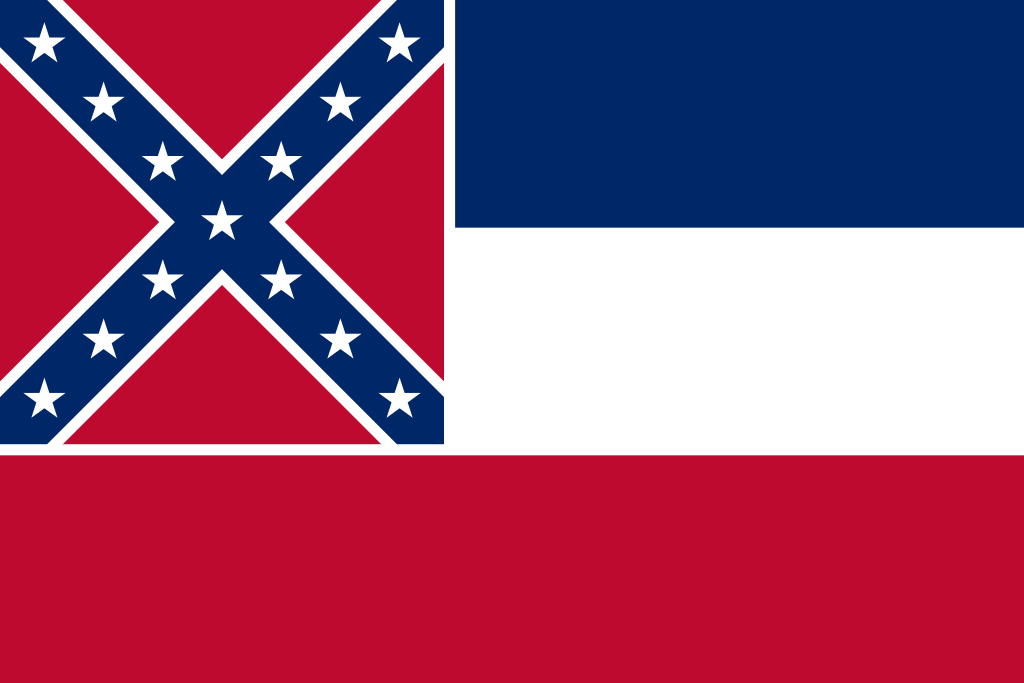 Mississippi also bans anyone convicted of a certain felonies from ever voting again, even post-sentence, unless state lawmakers pass a law individually restoring their voting rights. 1 in 10 adults are banned from voting, including 1 in 6 black adults  https://www.sentencingproject.org/wp-content/uploads/2016/10/6-Million-Lost-Voters.pdf …

Mississippi's November election for governor is critical for the future of fair elections in the state: Democrats have their best chance to win in 20 years with longtime state Attorney General Jim Hood running, & he could veto future legislative gerrymanders after 2020 #MSgov