1. POTUS is referring to an email @nytmike sent to an official in the FBI Office of Public Affairs (press relations). In that email, Mike was flagging a story the NYT was working on about the FBI investigating Jared Kushner

This wasn't feeding, Mike was doing his job

2. The president is accusing @nytmike of "feeding" a story to the FBI about an investigation the FBI was conducting?

Think about that. He's saying that Mike emailed the FBI to tell them about something he was saying they were already doing

3. This Washington Examiner story by @danielchaitin7 is disgraceful and helps to spread misleading framing about how the press works. Shameful.

4. The Washington Examiner has issued a correction on this story. Frankly, they would have been better off scrapping it altogether but this is an improvement. 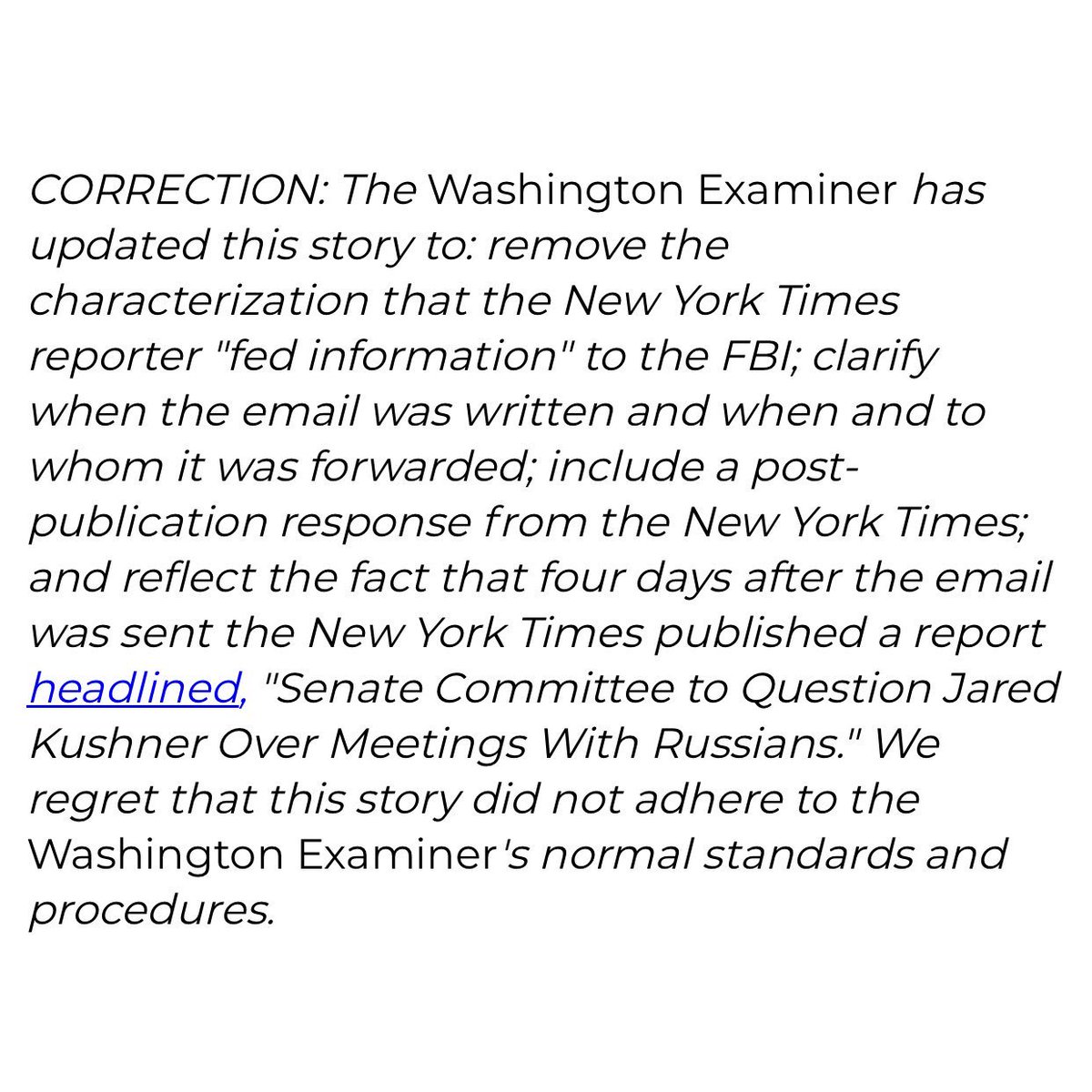