Yes, this is real. Was just unsealed by a judge.  https://www.documentcloud.org/documents/6165129-Texts-Messages-Between-Paul-Manafort-Sean-Hannity.html …

2. Hannity is no different in these texts to Manafort than he is on his show. Same person. Deep state, HRC, etc.

A lot of "did you see my show last night?"

3. In a text to Manafort, Hannity calls Fox News' @GreggJarrett the "Greatest legal researcher ever."

4. In a text to Hannity, Manafort says "in a fair world, you would get a Pulitzer for your incredible reporting."

5. Text exchange between Hannity and Manafort.

Hannity just spoke to Manafort's attorney and tells Manafort that he wants his attorney to feed him stuff (information) every day.

Not attaching any nefarious intent to this part, just a noteworthy exchange. 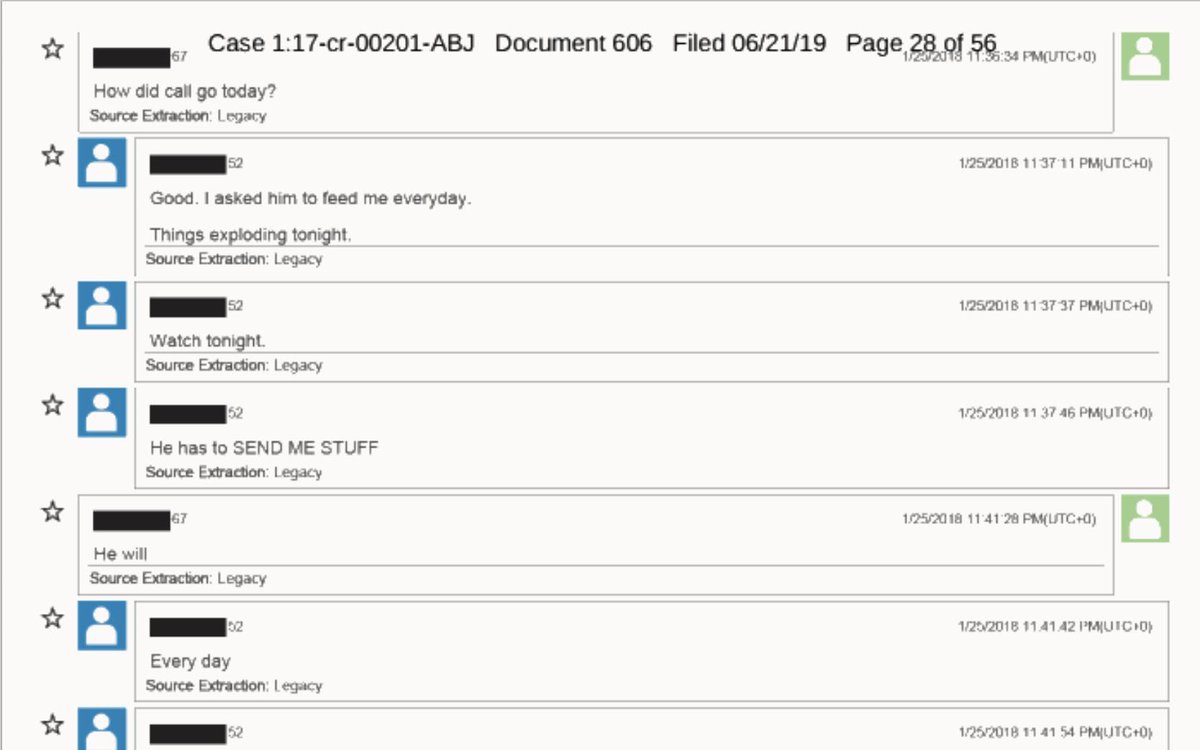 Assuming this is an FBI agent that Sean is friends with. 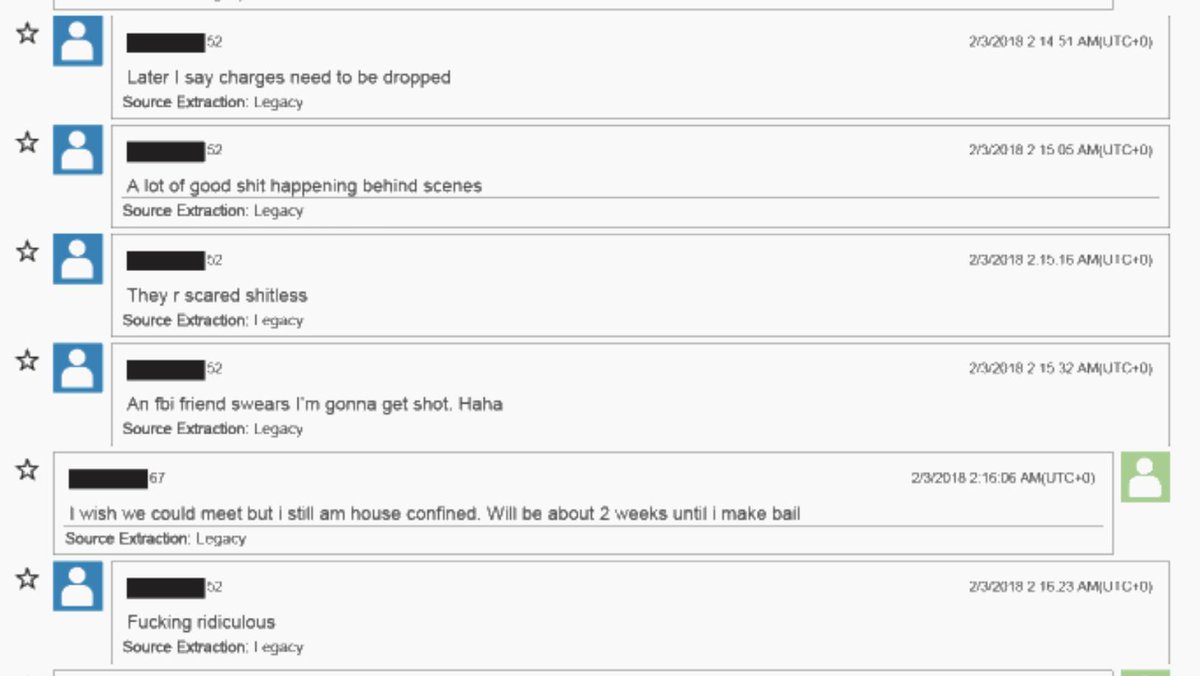 7. Hannity texts Manafort: "Got a message from GMF: 'Don't Stop'"

(thank you for clearing that up, folks)

8. Hannity asks Manafort why he doesn't have a sweetheart deal like Rick Gates.

Manafort indicates that prosecutors would want him to give up info on POTUS and his family, especially Jared Kushner.

Hannity says POTUS didn't do anything, but then asks "What did [Jared] do?" 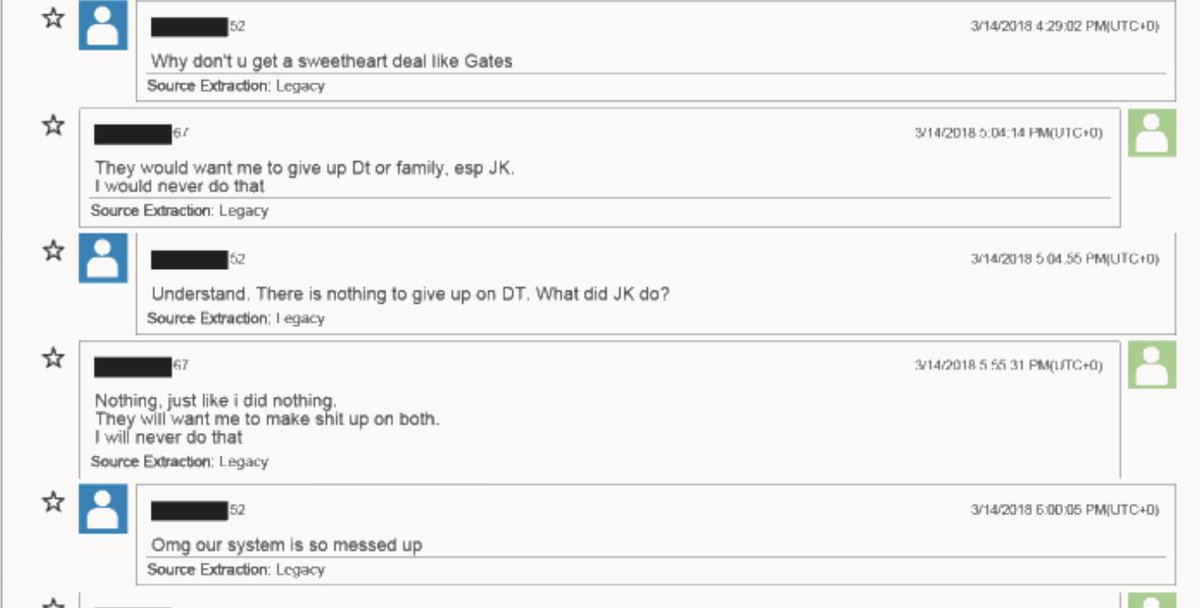 Hannity: "Paul, it may be problematic with Fox. I need to get the OK. Hope u understand" 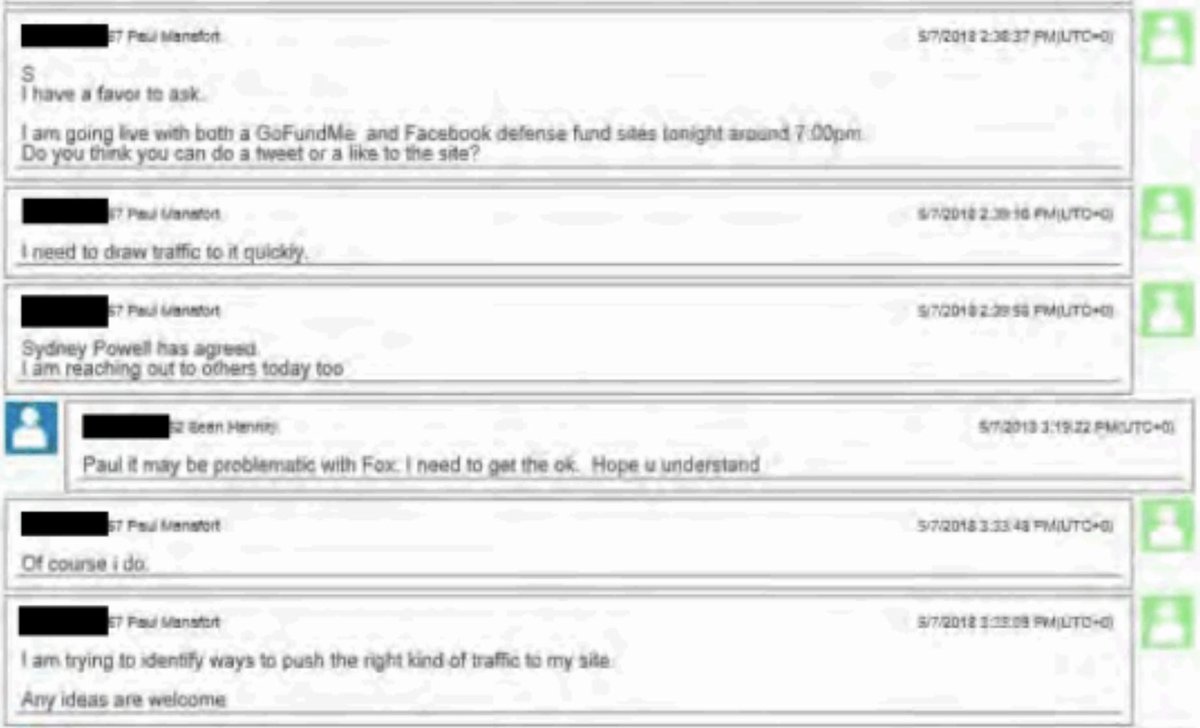 10. Hannity to Manafort: "Flynn agreed to lying because they said they would go after his son. What the fuck is that."

Manafort: "They are self righteous criminals. Using our money to try to fuck us." 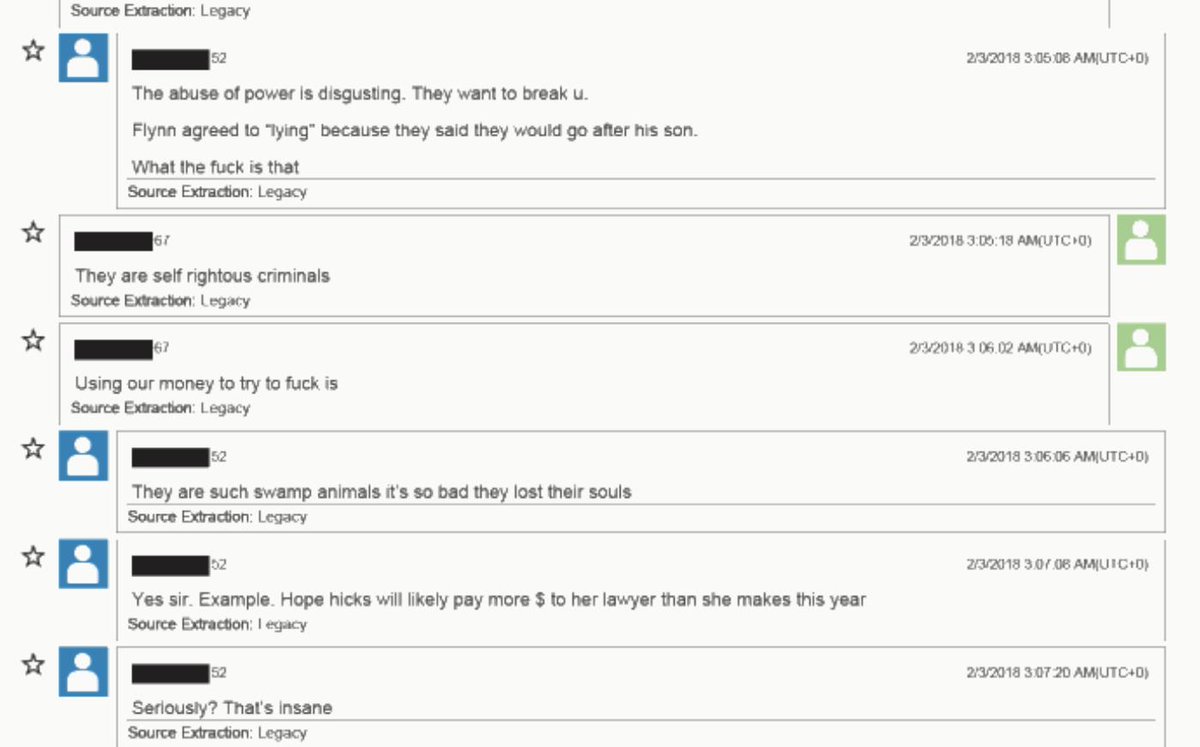 11. Here is Hannity's statement in response to the release of these text messages.

12. I will never get over this 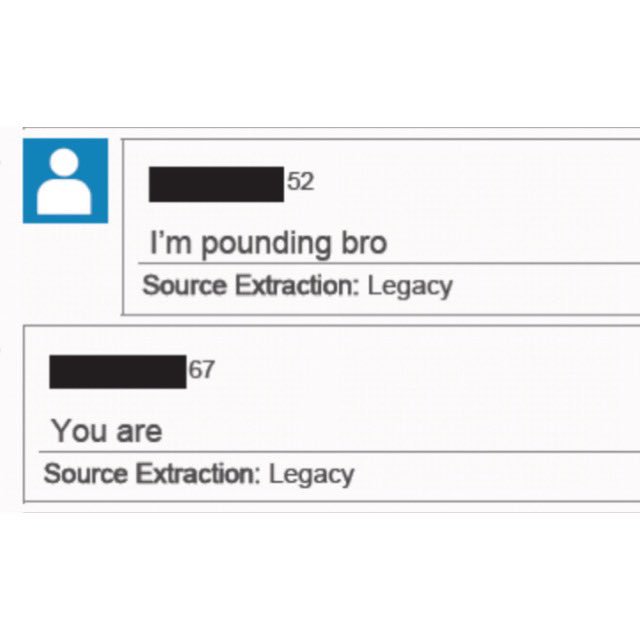