With precinct results now available, I've calculated the 2018 statewide races for my main nonpartisan Michigan congressional map. This map splits no cities or townships save Detroit, which must be split anyway. About half the seats are bluer & half are redder than Michigan itself 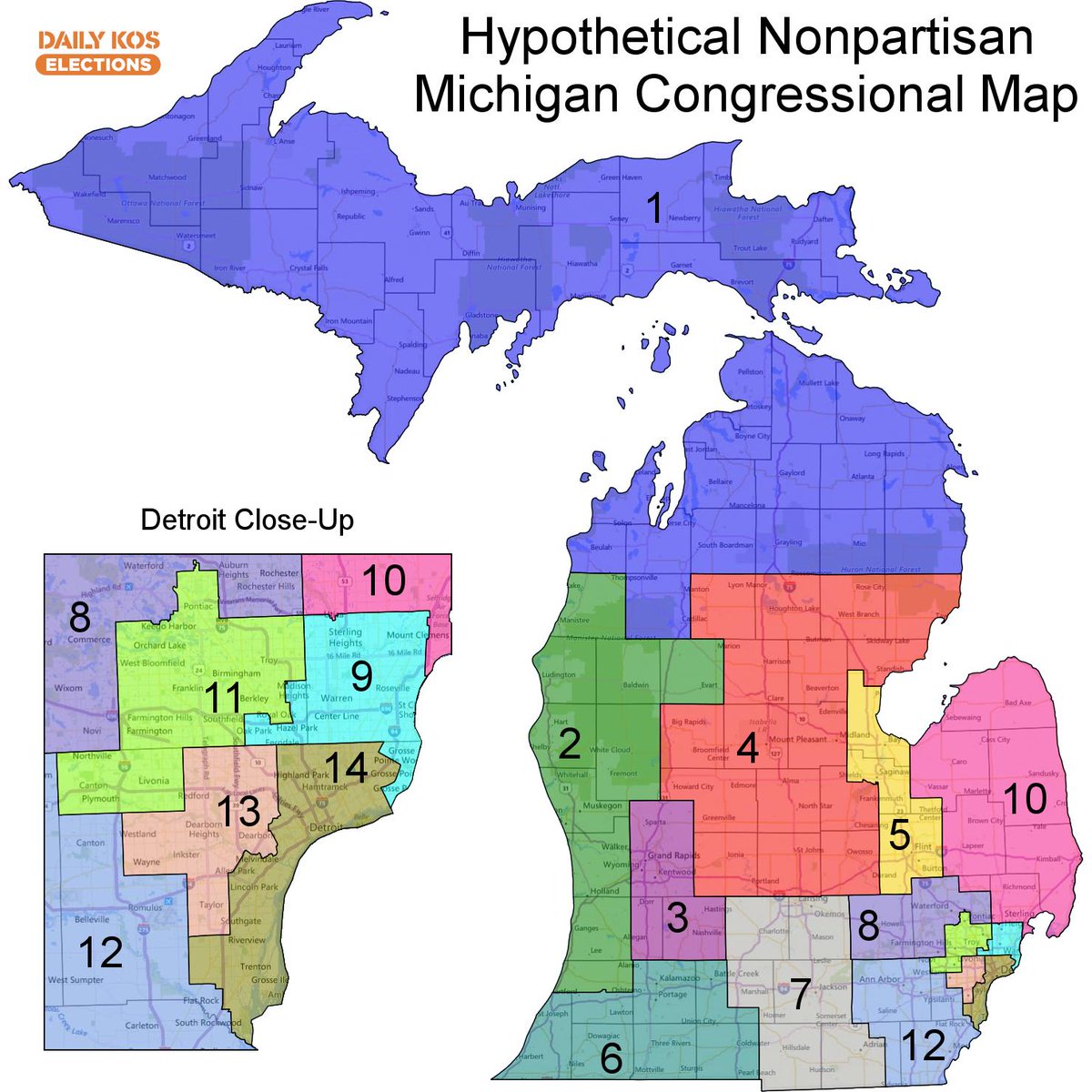 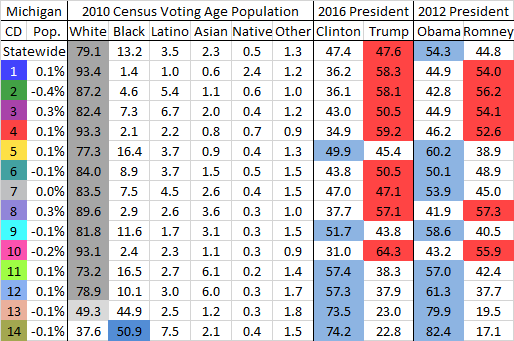 Michigan's GOP gerrymanders were struck down in federal court in April, & if that decision is upheld, the state could have a fairer congressional map like this. It wouldn't automatically mean Dems gain seats, but the two Trump seats they flipped in 2018 could become more secure

Under the map in my previous tweet, new Dem Rep. Elissa Slotkin's #MI08 becomes unwinnably red, but she already represents a majority of the Clinton voters in the hypothetical Lansing-based #MI07, which is a bluer district than her existing one. She could likely run there instead