2/ Trump's defense to the Carroll allegation—“She wasn’t my type”—is not only an insult, it implies that only attractive women can be raped, and that rape springs from male sexual urges.

Indeed much of history, rape was a property crime. For more, see 👇

3/ The idea was that men couldn’t control their sexual urges, so women were responsible for guarding their chastity.

Brownmiller sent shockwaves in 1975 when she argued in👇that rape was not a natural result of human nature.
It was a means of exerting patriarchal power. 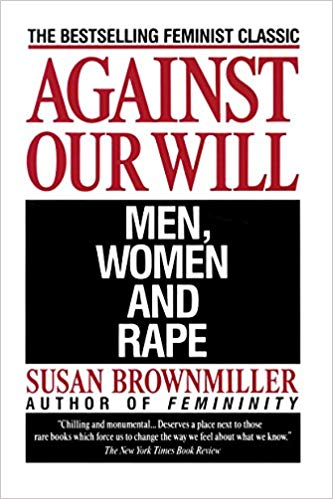 4/ Trump’s pre-1975 views of rape further demonstrates that when he accuses Bill and Mexicans of rape, he knows his accusations are motivated by politics—and hate.  https://www.bbc.com/news/av/world-us-canada-37230916/drug-dealers-criminals-rapists-what-trump-thinks-of-mexicans …

5/ We had glimpses that GOP leadership knew they were exploiting made-up scandals for political purposes when GOP Congressman McCarthy admitted that the Benghazi investigations were intended to hurt Hillary Clinton's approval ratings (and succeeded).
https://www.nbcnews.com/politics/2016-election/mccarthy-links-benghazi-panel-clintons-sinking-poll-numbers-n436151 …

6/ Michael Cohen, during his House Oversight Committee hearings, outlined numerous instances in which Trump committed crimes, including fraud, which he backed up with documentary proof.

7/ Gibbs accusation was ironic after decades of Whitewater, Benghazi, and “her emails.”

When Alan Dershowitz accused Trump critics of using Stalin-era “show me the man and I’ll show you the crime” tactics, he was also saying that it's all political.

8/ During the years Obama was in office, right wing media bombarded their viewers with stories about how Obama broke the law and trampled the constitution.

(Screenshot so I don’t send people to the website👇)

More reputable publications also got in on the act. . . 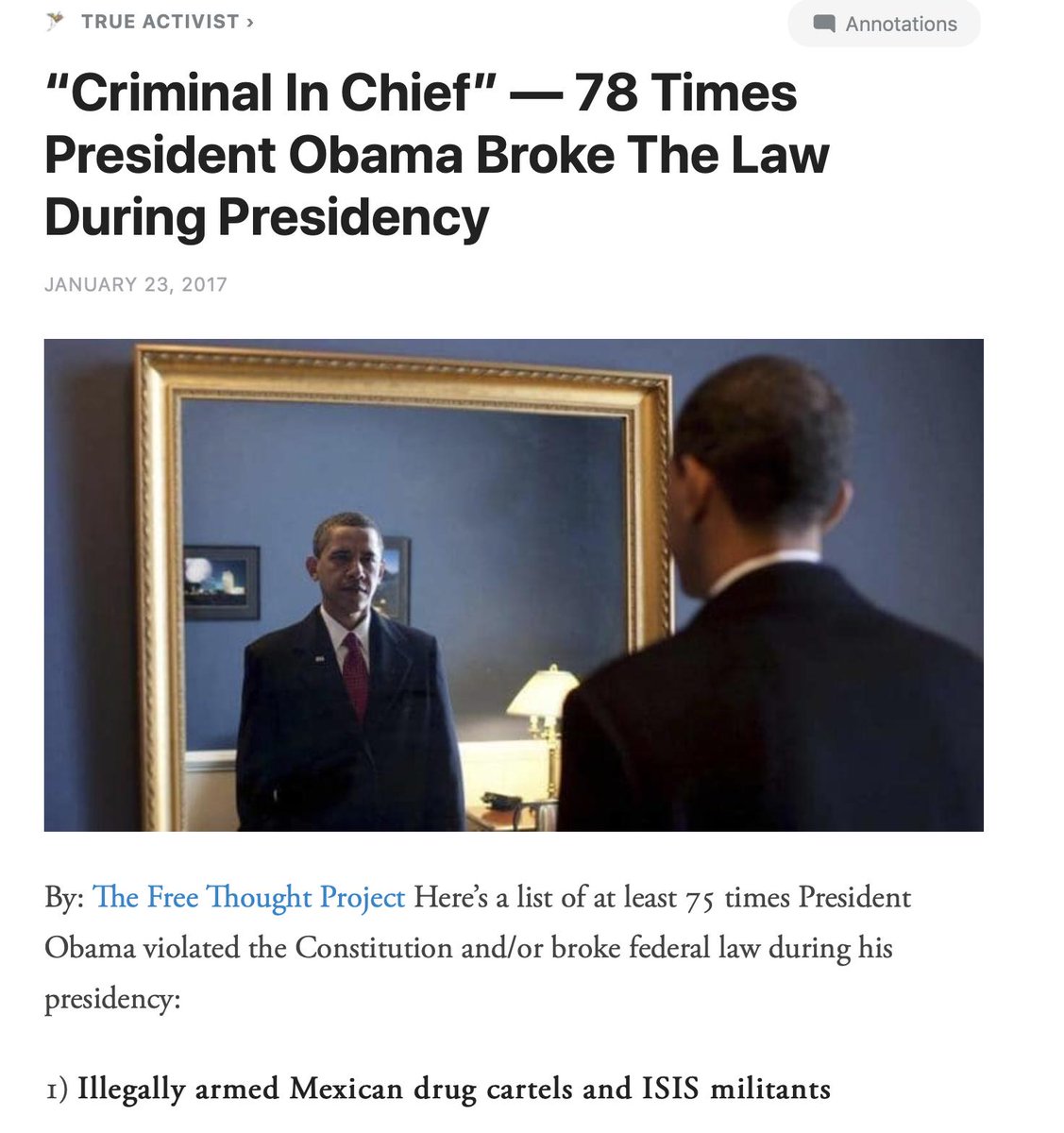 9/ See these two National Review articles:
https://www.nationalreview.com/magazine/2012/09/10/obama-vs-constitution/ …
https://www.nationalreview.com/2015/12/obama-violate-constitution-top-ten-2015/ …
This is partly why right wing media viewers are immune to accusations against Trump. They think "all politicians are corrupt."
(This is also whataboutism)

10/ No, this isn’t projection. Projection is subconscious.  https://www.everydayhealth.com/emotional-health/psychological-projection-dealing-with-undesirable-emotions/ …
What is going on is a deliberate tactic that arises from the cynical idea that all politicians lie and cheat.
This in turn comes from the fascist idea that nature favors a hierarchy . . .

Those with fascist leanings think: When politicians from the other team advance, they must be cheating and lying because that’s what everyone does to keep their place in the hierarchy. 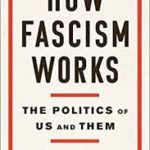 12/ Masha Gessen 👇talked about how shocked Putin was when his interference techniques worked in the 2016 election (Putin takes credit for Trump’s win).
https://www.youtube.com/watch?v=3J98qByki7o …
Putin was shocked because he doesn’t believe any elections are actually open and fair.

13/ Putin believed HRC’s win was preordained because he believes all elections are somehow fixed.

If you think all elections are fixed, then you see no problem with fixing them in your favor.

If you think all men rape (because men like to grab) you freely accuse others.

14/ To take yet another example, a Fox guest claims that illegal voting has swung elections. The implication is that Democrats support immigration not from humanitarian impulses, but so they can have more (illegal) voters.
https://www.joemygod.com/2019/06/fox-guest-claims-illegal-voting-has-swung-elections/ …

15/ As an aside, President Jackson claimed that those championing the rights of Native Americans weren't acting from humanitarian motives; he accused them of trying to weaken the South and take power from white men (on the frontier). 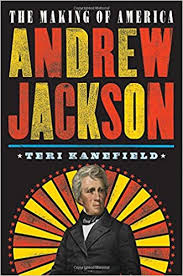 16/ If you think all politicians lie and cheat, you end up with tribal politics. “He’s a liar and a cheater, but he’s OUR liar and cheater. We prefer our liar to the the enemy liar and cheater (HRC, or whoever is next.)”

17/ The “all politicians are liars” idea also helps undermine factuality and rule of law.

Masha Gessen, in her book, said that Putin enacted criminal statutes so deliberately vague that he can arrest and convict anyone he chooses. 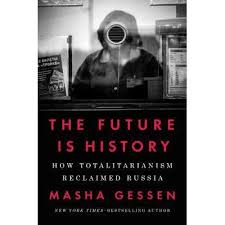 💠It keeps people in fear, and
💠allows the mobsters running the government to persuade the people that everyone is a criminal, so you may as well stick with the devil you know.

This is how cynicism can destroy democracy.

The only antidote is to hold on to our ideals.

All of my threads are also blog posts. You can read this one here:  https://terikanefield-blog.com/gop-cynicism-and-the-trump-sexual-assault-allegations/ …