We know why. But how may it end?

Why: A handful of old people artificially decide and set the price of money—and lowered it.

2/ Retirees go out on the yield curve.
They move from safe fixed income into higher yielding perceived to be safe bond funds (which may prove less so) + equities—and high growth equities at that

And most growth has been top line growth of tech.

Even if that growth is horribly unprofitable.

As long as greater fools want growth and buy in later, equities rose...

4/ And as long as Blackrock, Pimco et al offer higher yielding bond funds (containing lesser quality bonds as well deemed to have low odds of default) those too saw inflows....

5/ If a company generates profits and specifically cash flow it can grow without the kindness of strangers (or raising capital). All of the equity growth stories have required large amounts of capital because the businesses are not profitable (many horribly unprofitable)....

6/ People say “but Amazon” which reveals fools as Amazon (aside from SBC) raised no equity beyond its IPO and Bezos like John Malone generate cash flow and avoided paying taxes, avoiding accounting profits...

7/ But most of the growth stories are not anything like Amazon. Tesla bulls had this narrative (it is a dumpster fire of donated dollars from true believers whose identities and values are inseparable—this was genius tactic btw)...

8/ If bonds default and bond funds are ILLIQUIDITY retirees can see permanent principal impairment (I’ve tweeted on this previously).

On top of the secular shift from active to passive...this sets up the fall and the return of the active stock picker that can distinguish GOOD profitable growth...  https://www.cnbc.com/amp/2019/06/21/is-value-investing-dead-it-might-be-and-heres-what-killed-it.html … 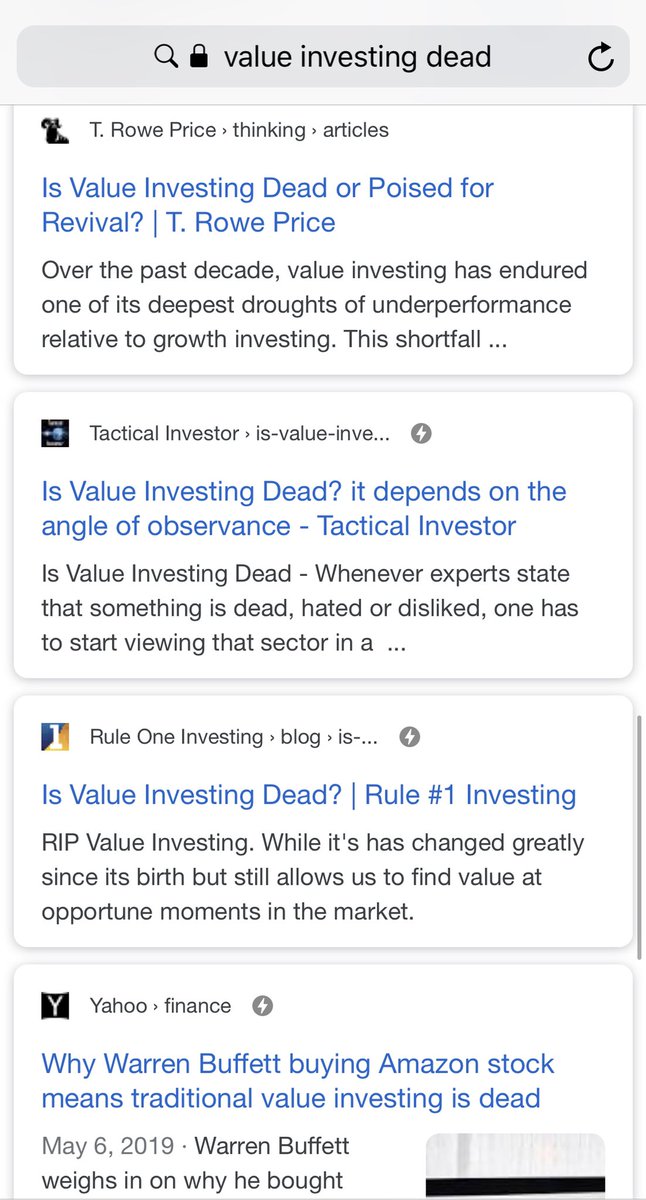 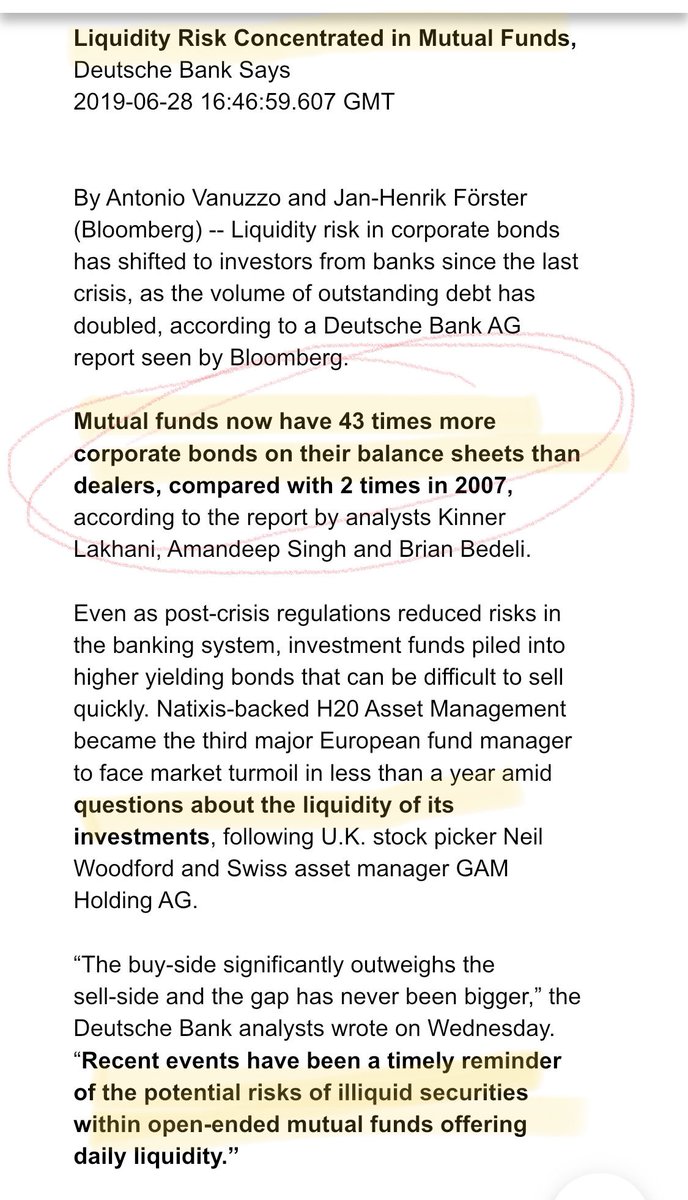