By policy, @NYPDnews does not investigate or reprimand officers accused of using racial slurs, and has not substantiated *any* claims of biased policing since it created that complaint classification.

Complaints of racial slurs are not investigated if no accusation of an additional police action.

The DOI report paints a picture of an NYPD that lets officers use racist slurs with impunity. 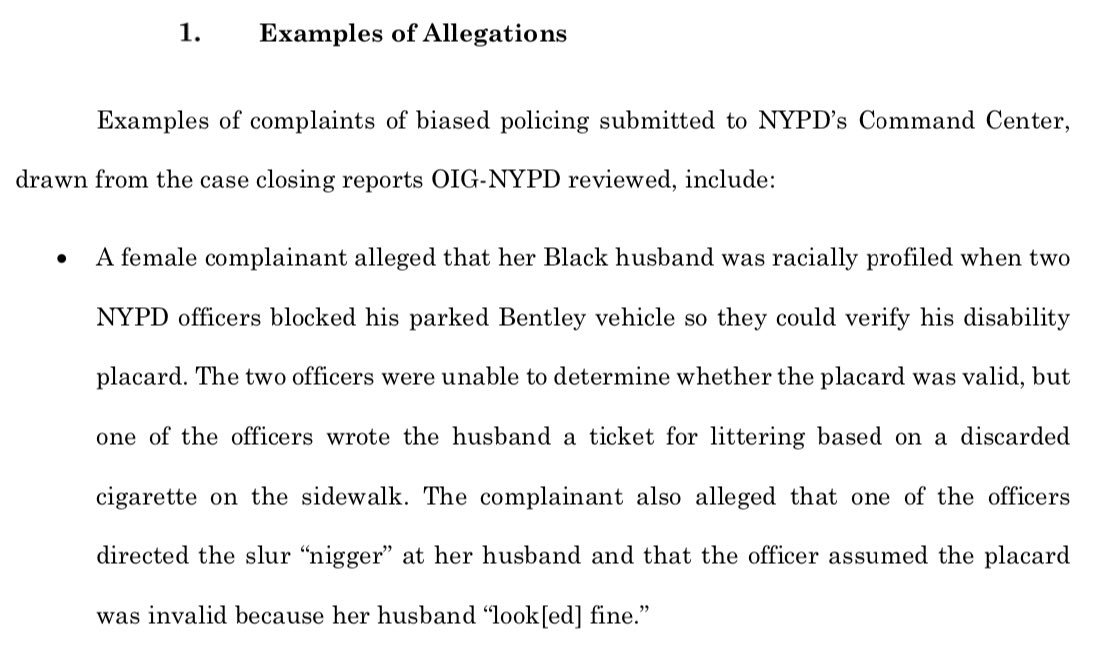 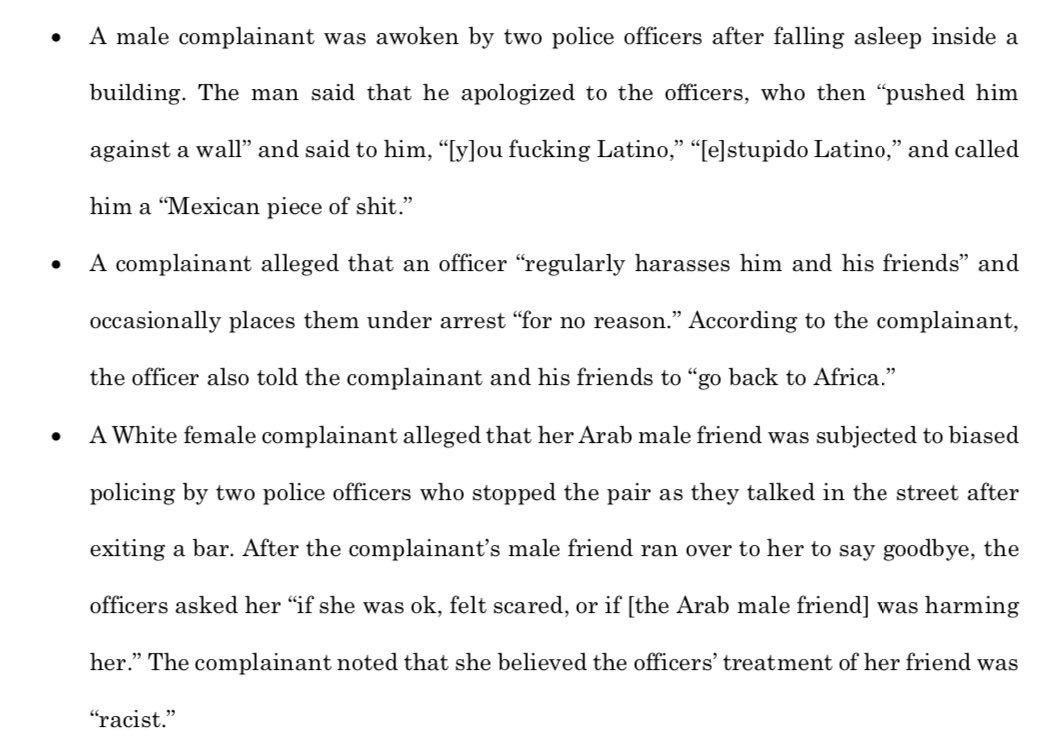 The findings contained in @NYC_DOI's 57-page report on NYPD bias are startling, even for those cynical about the problem. It's difficult to imagine a more complete abdication by the department.

Charts: Most of the bias complaints allege racism, and most of those filing complaints are black. 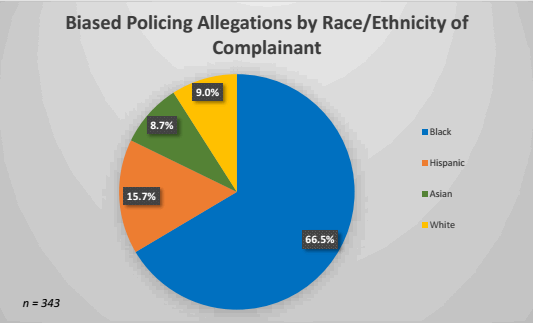 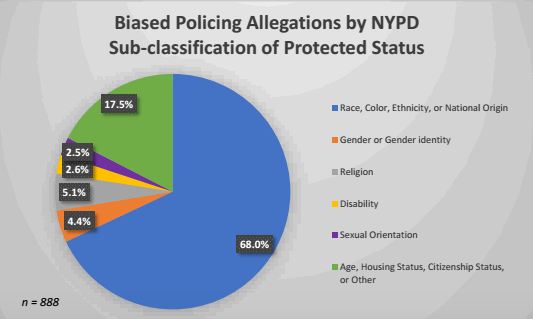 This one will be important to reporters: transparency, with investigators noting that the NYPD refuses to disclose bias information that other police departments regularly make public. 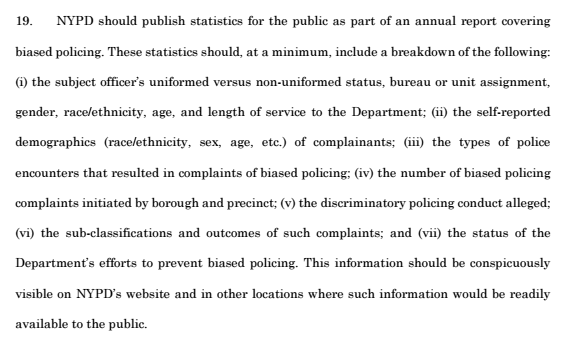