In a rather odd passage of Roberts’ lead opinion, he declares the scientific findings that the citizenship question would dramatically reduce census participation “pessimistic.”

On what grounds, he doesn’t say.

The liberal wing details that evidence in Breyer’s partial dissent. 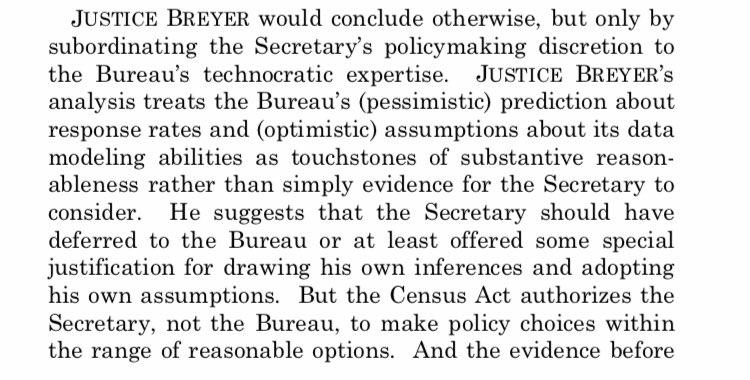 That said, Roberts delivered what could be a fatal blow to the citizenship question—even if his ruling technically gives Trump’s Commerce Dept an opportunity on remand.

The clock is ticking. The injunction is in place, and the census must go to print.

And the Hofeller evidence is waiting in the wings, unmentioned by SCOTUS and being examined by multiple district courts.