Of course @Redistrict took today to spout more nonsense about gerrymandering because he doesn't understand "ability to elect" & how race & partisanship are intertwined in the modern era. The GOP will now defend their racial gerrymanders as partisan & SCOTUS may look the other way

A key reason why plaintiffs had successes this decade challenging GOP racial gerrymanders is because the GOP wrongly thought making it explicitly about race would shield them from partisanship charges. Now, GOP can try to defend racial gerrymanders as partisan thanks to SCOTUS

That strategy may not succeed given the Supreme Court's past jurisprudence on racial gerrymandering, but at the very least, GOP legislators aren't going to be foolish enough to loudly lie that their partisan gerrymanders were just complying with the VRA

Last year you said you wished you could wave a magic wand & just draw districts without regard to partisan & racial fairness & just maximize compactness & fewest county splits regardless of how biased the lines were. Hard pass. Maps should treat both parties & all races fairly

California's nonpartisan redistricting commission did a great job on criteria such as communities of interest & equitable racial representation, which is why the lines don't fixate on compactness or adhering perfectly to county lines. But they didn't account for partisan fairness 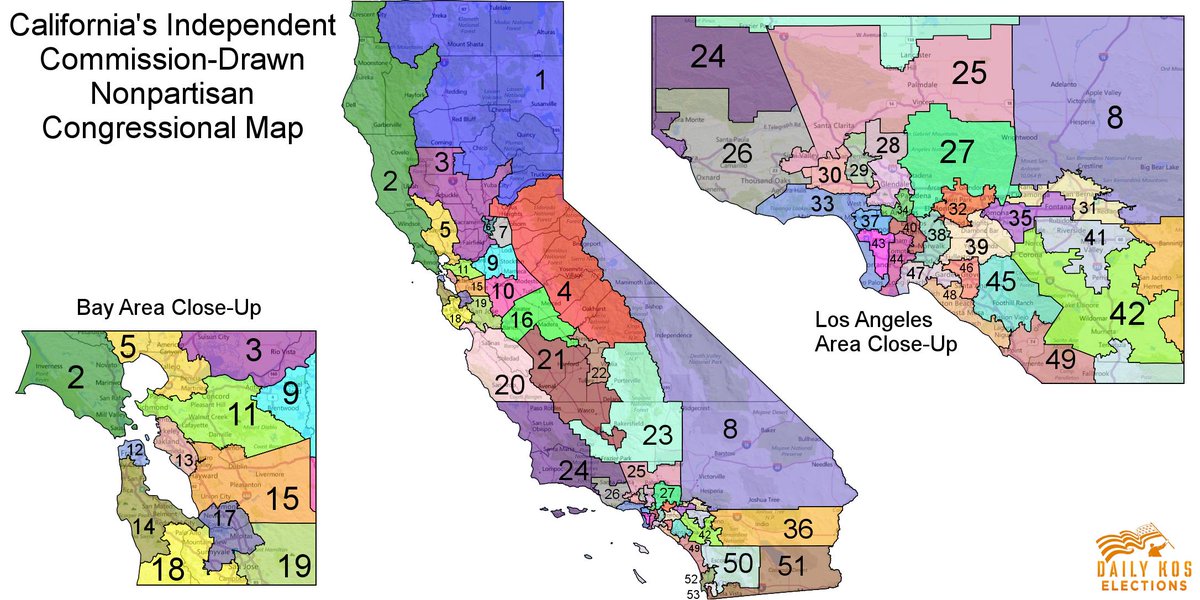