Practically the first place I came when I arrived in Stuttgart was @LMWStuttgart, and every time I'm in town, I return. 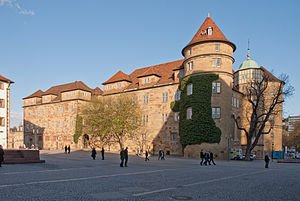 Southern Germany, and the County of Württemberg was a big area for woodcarving - still is, there's a lot of the stuff. These two - Maria and John, are part of a crucifixion scene made for a church in the Bodensee around 1300. So much gold! /2 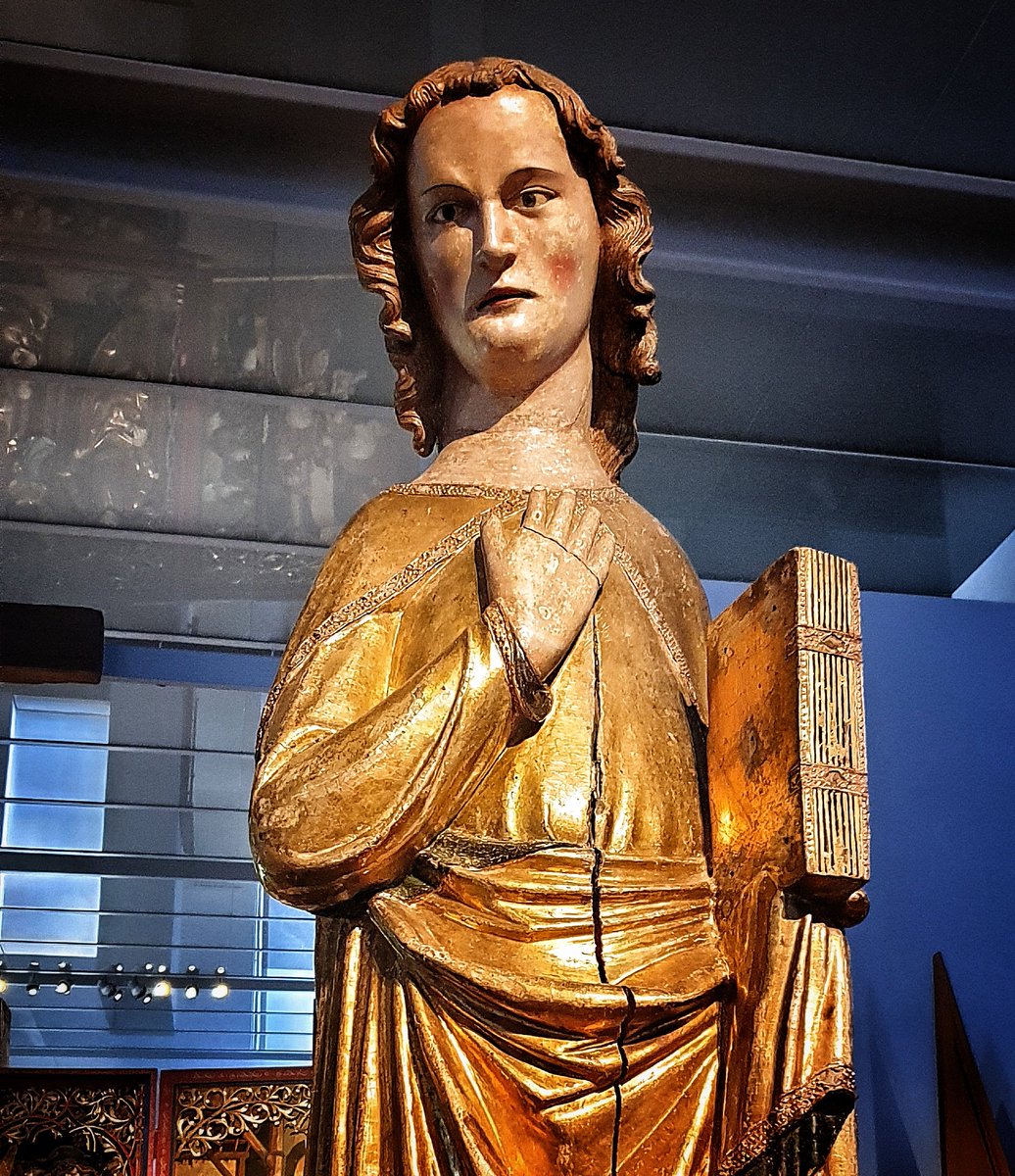 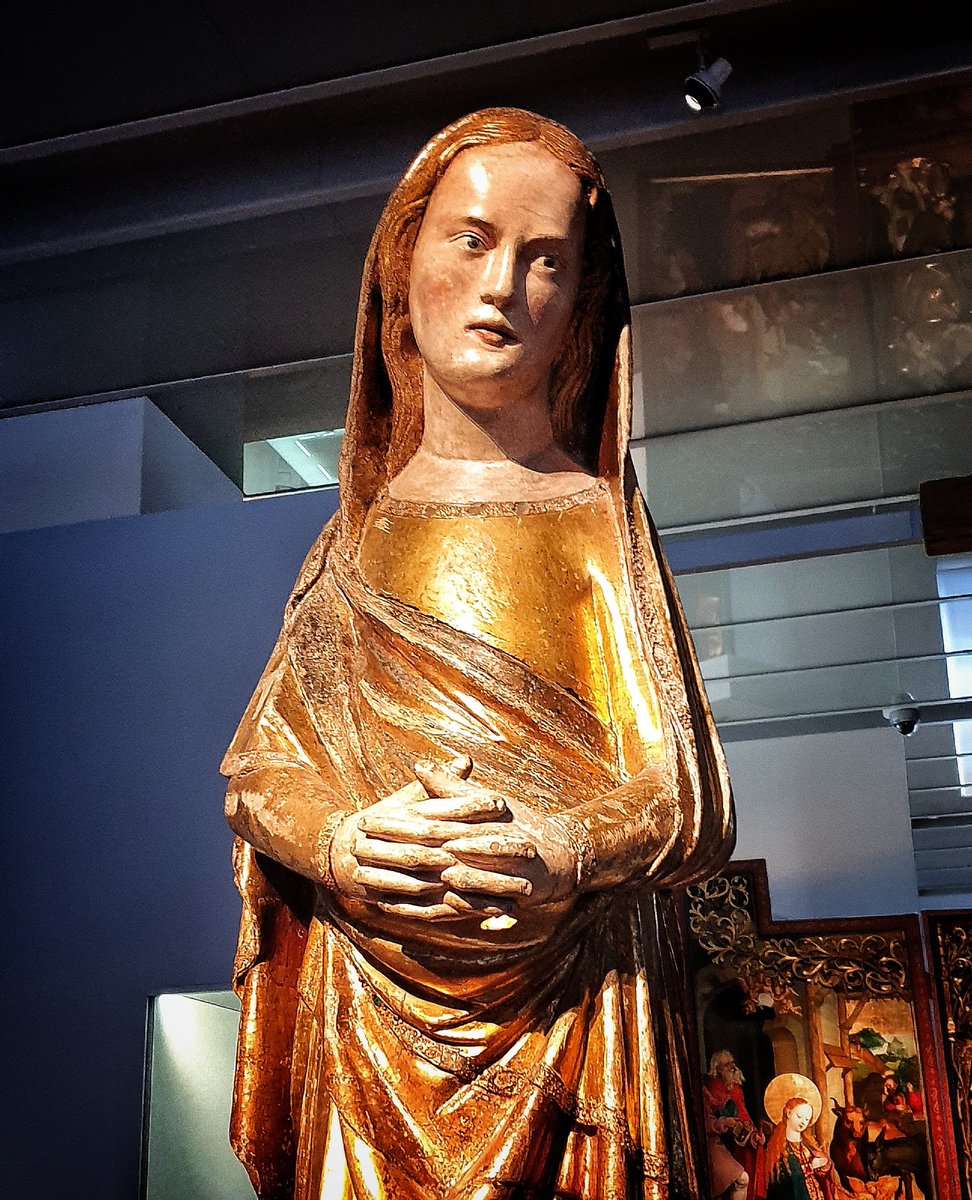 This little fella, dressed like a hunter, was carved around 1520. He's driving a unicorn to the Virgin Mary for, well, reasons. Medieval Christianity gets a bit wacky. He was made for a church in the town of Schwabisch Gmünd. /3 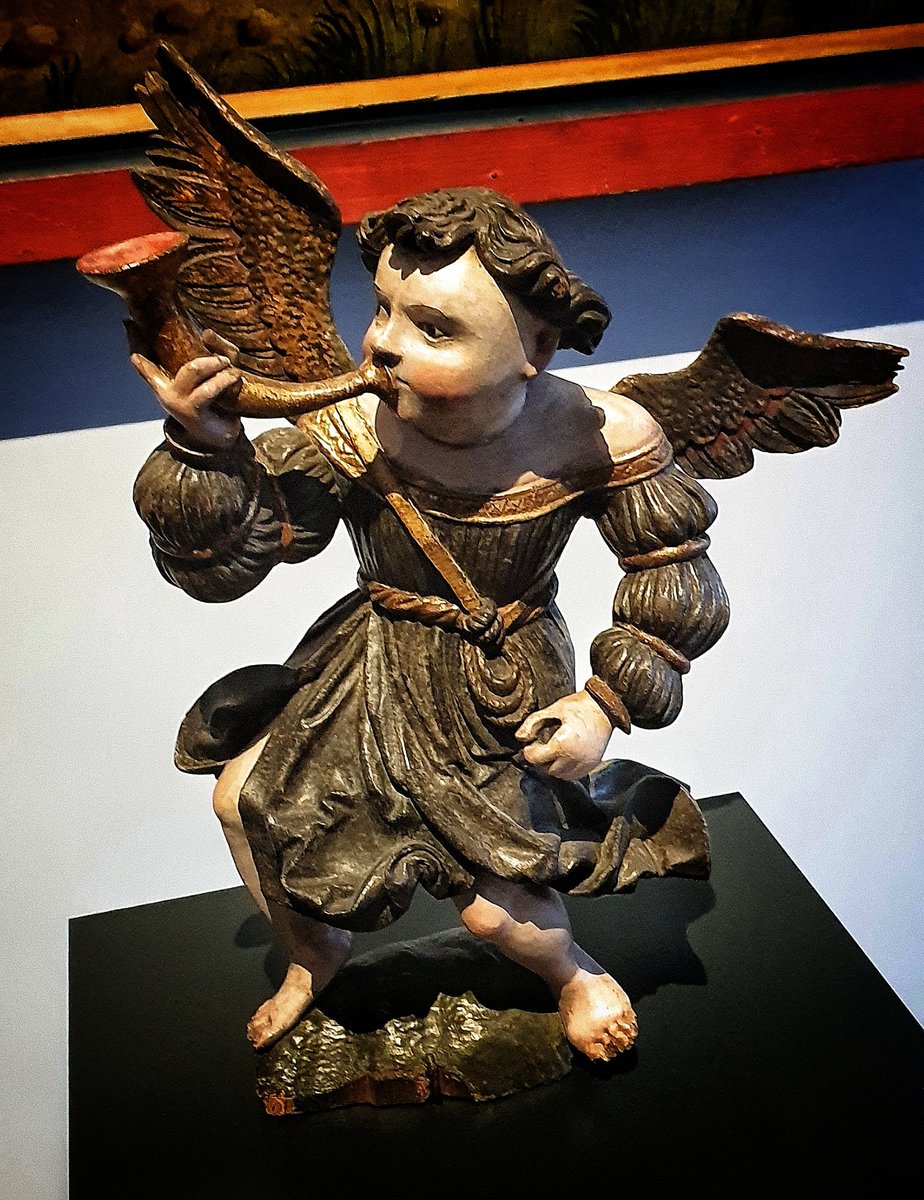 The medieval section of the @LMWStuttgart is full of art depicting stories of saints.

This was part of an altar from a church in Rottweil, c. 1440, showing the legend of Ursula, a British primcess, and 11,000 of her virgin friends, who came to Kōln and were slaughtered. /4 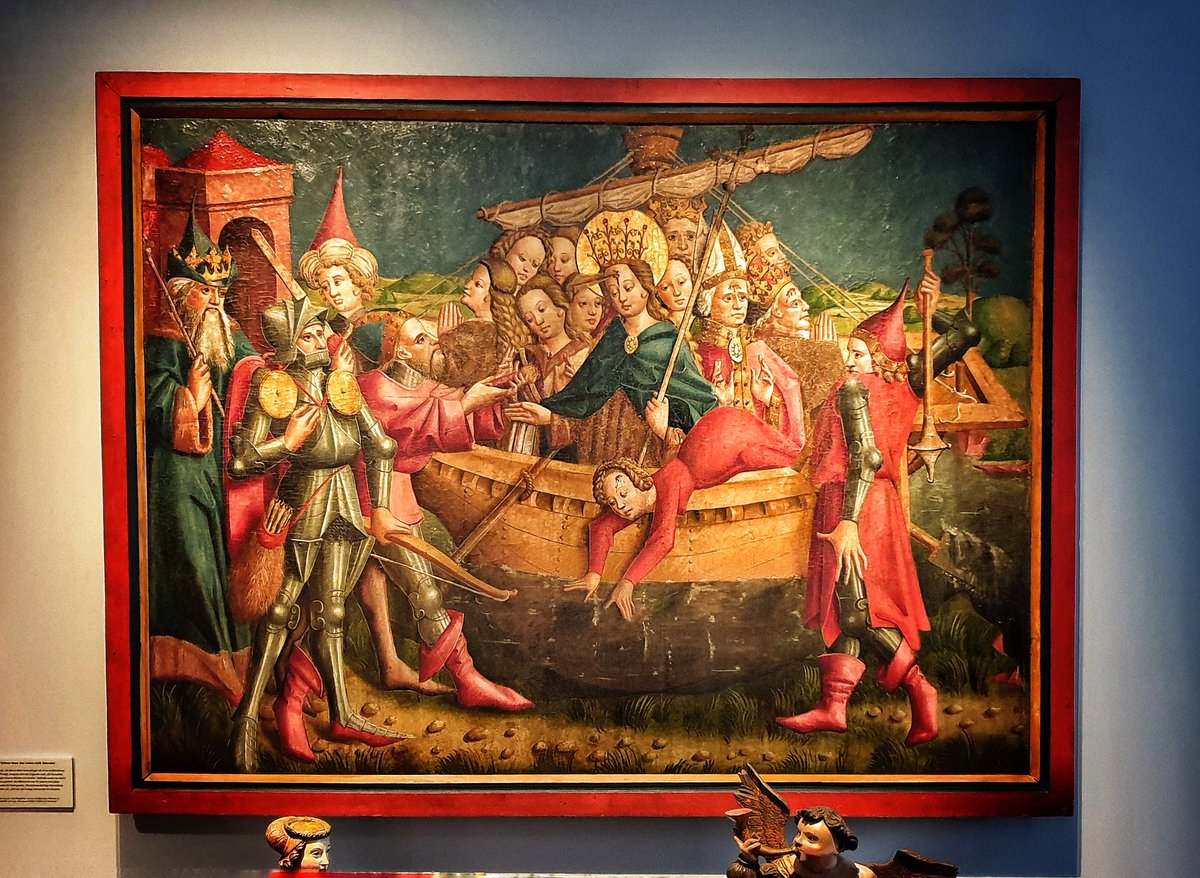 This painting, from the church in the town of Ditzingen, near Stuttgart, shows St Cosmas and St Damian, both doctors, removing a leg from a sick man and adding a prosthesis, with the help of a little angel friend.

It has been dated to the start of the 16th century. /5 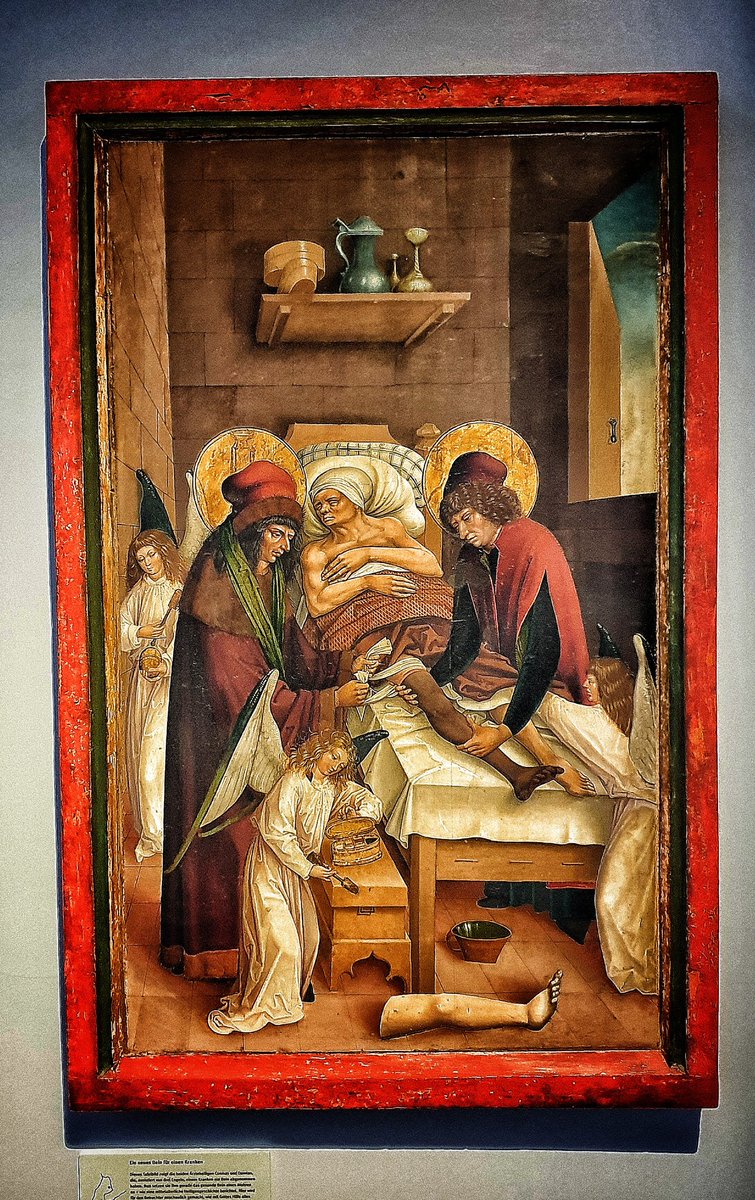 There's plenty of stuff at @LMWStuttgart that shows the transition to a new world of discovery. This 16th century globe by Johannes Stöffler shows the heavens. It used to belonged to the Dukes of Württemberg. /6 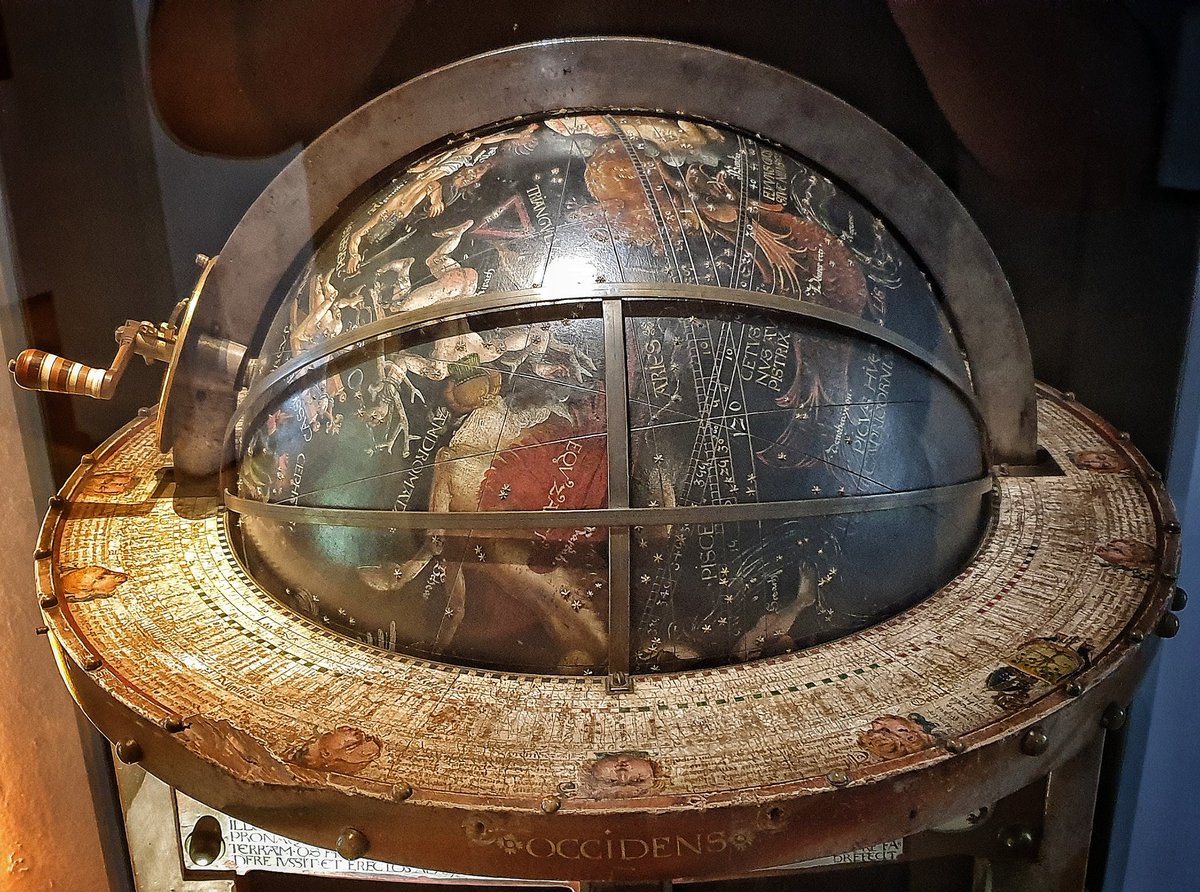 Finally, there are plenty of human stories at @LMWStuttgart. During the Thirty Years War, a citizen of the town of Tamm buried his savings as marauders approached - he never came back for it. It was discovered in 1935. /7 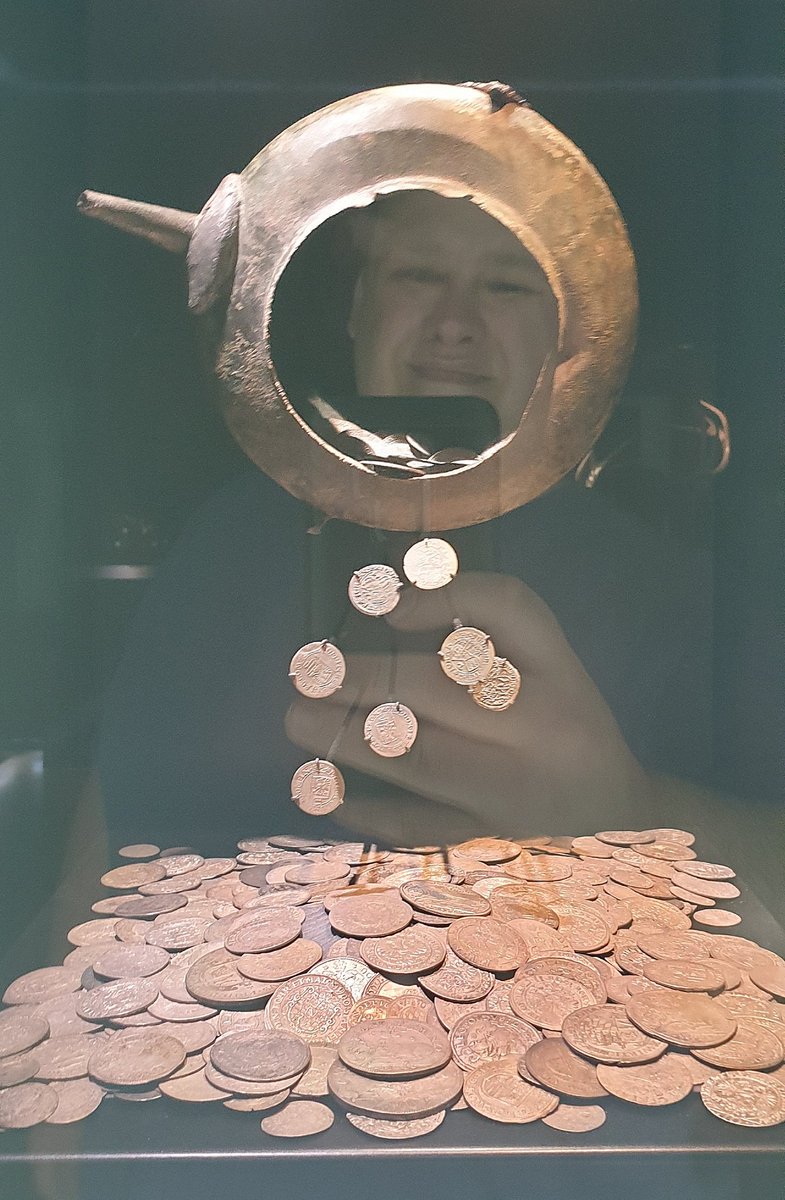 Hope you enjoyed that. @LMWStuttgart, if you ever need an English tour guide or education guide, let me know! ;)