NBC News+ Your Authors @NBCNews The leading source of global news and info for more than 75 years. Jul. 02, 2019 1 min read + Your Authors

44 million Americans had a combined $1.47T in student debt at the end of 2018, and as it becomes a cultural touchstone, brands are looking to profit.

From fast food and beer companies to game shows, student debt is being used to launch ad campaigns.  https://nbcnews.to/2XrRVtR  (1/5)

As student debt totals have skyrocketed in the last decade, companies are seizing on the crisis to market their goods and services in a way they say brings more attention to the topic and offers a lifeline to some weary graduates. (2/5) 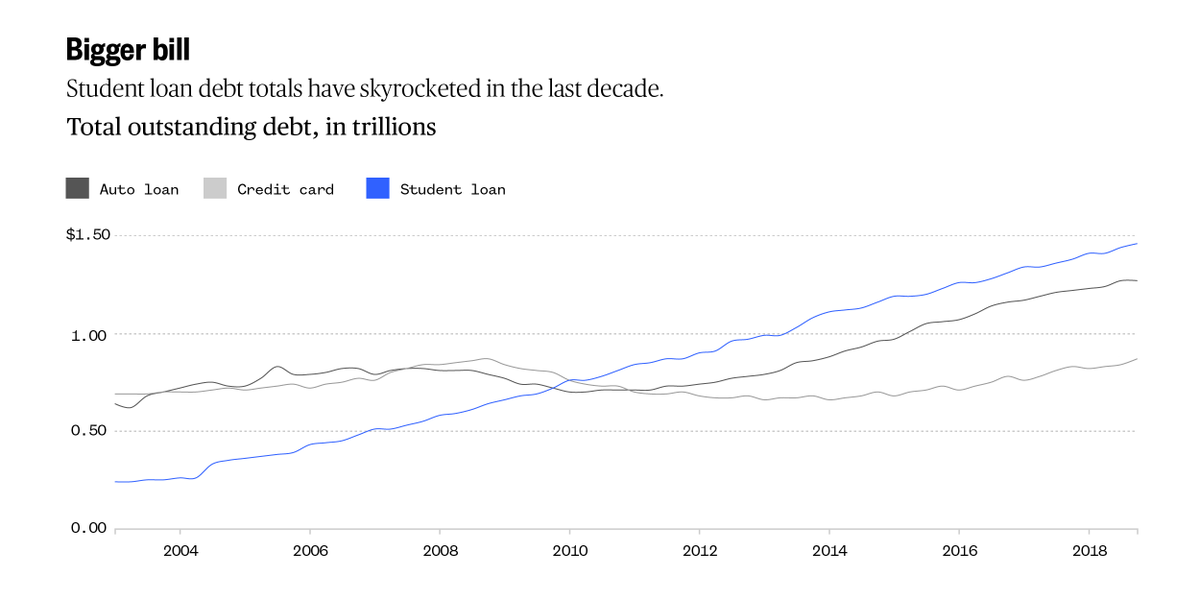 But advertising watchdogs say companies only help a few people while profiting off the rest.

“In the long run, the only people who really win at those games are the companies,” says Bonnie Patten, executive director at a nonprofit working to protect consumers. (3/5)

Burger King launched one of the biggest student debt-focused campaigns in late May. In 2018, Natural Ice announced a plan to give away $1M to pay off student loans.

For a chance to win, players pay by giving up a lot of personal data for the companies’ gain, Patten says. (4/5)

“I think it shows how desperate people are, and I don't mean that in a derogatory way,” says 26-year-old Sarah Oliver of the various ways companies have begun to market toward graduate students like her. (5/5) #NBCNewsThreads