President @realDonaldTrump said that there will be a display of U.S. military tanks during the Independence Day in Washington, D.C. A tank parade? Here's a short thread with some monitoring efforts. 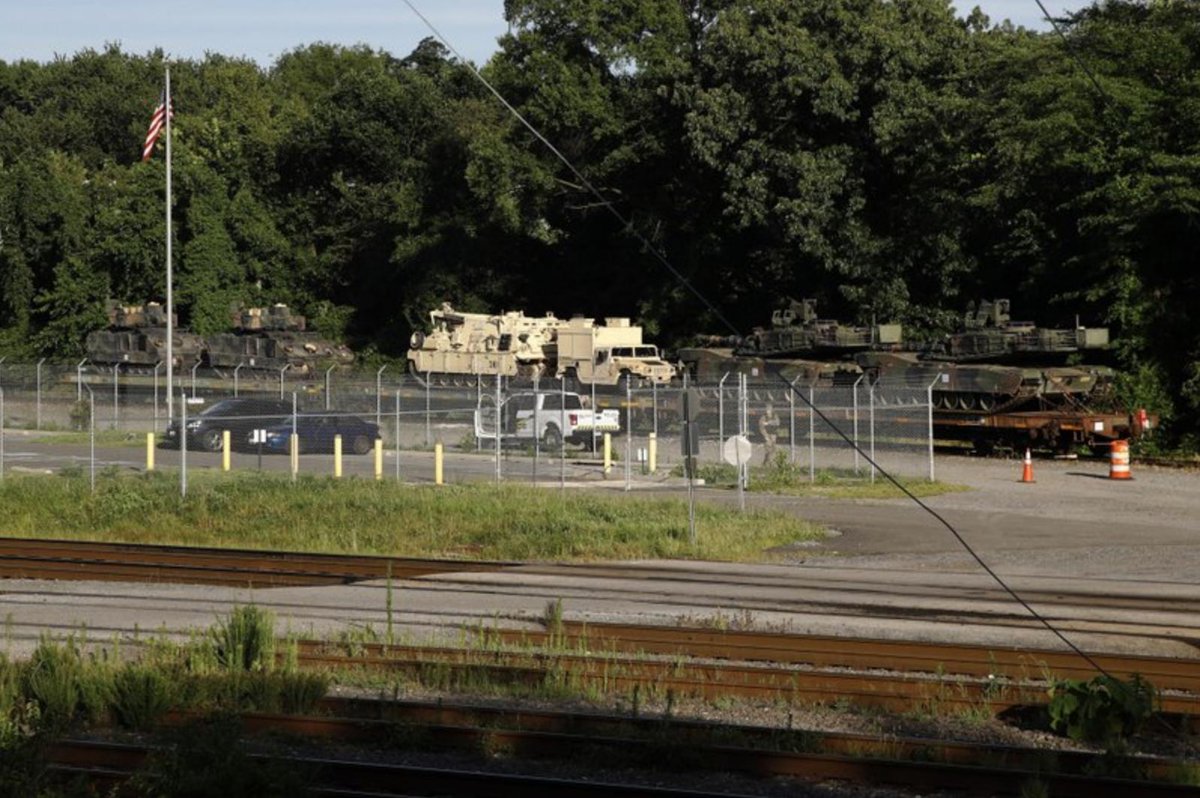 The text “DODX 40142” on @ElizLanders' photo of the flat car indicates that it is owned by the @DeptofDefense; spotters have been photographing it more than once:  http://www.rrpicturearchives.net/rspicture.aspx?id=32198 …. 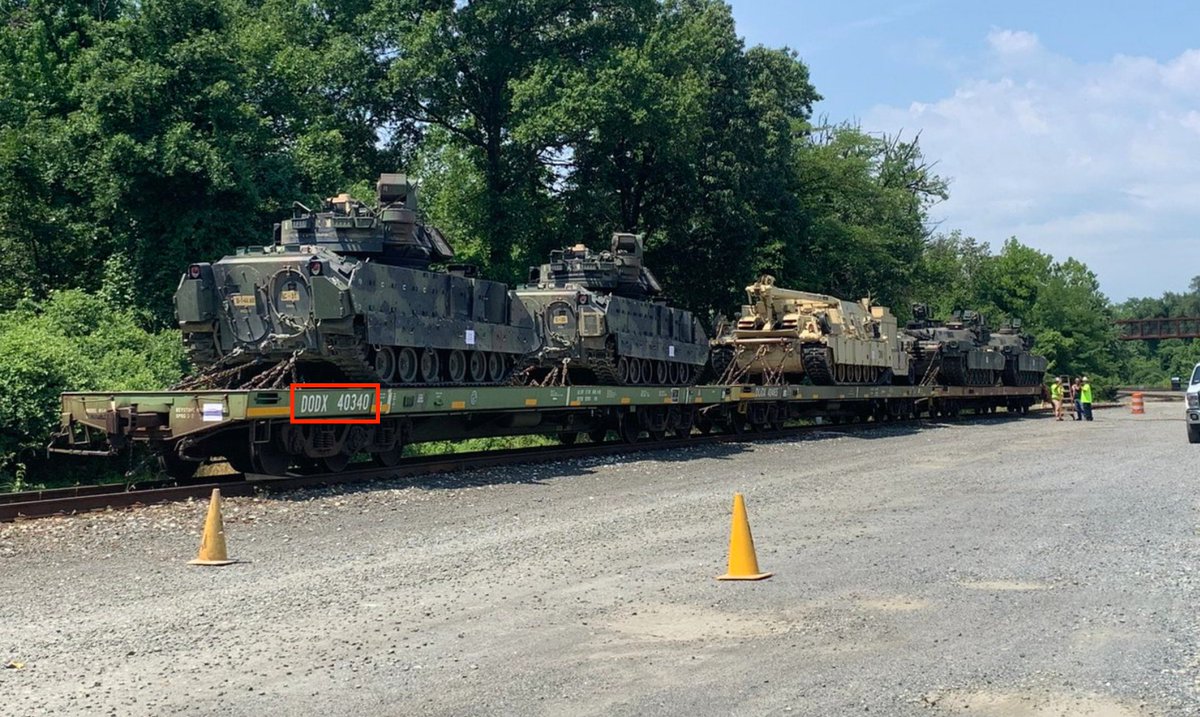 The six military vehicles appear to be: 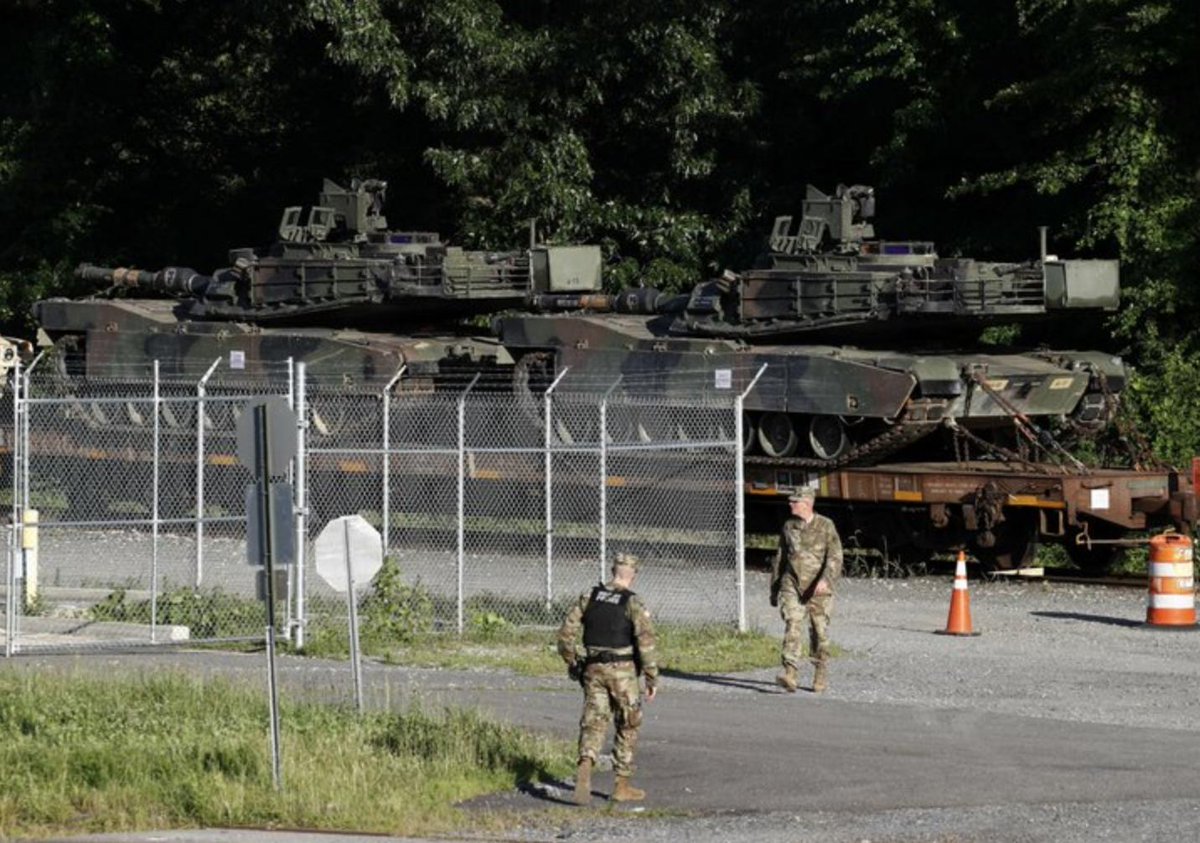 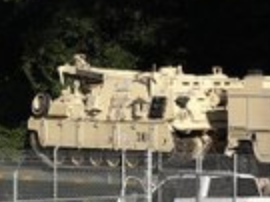 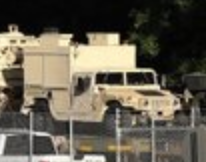 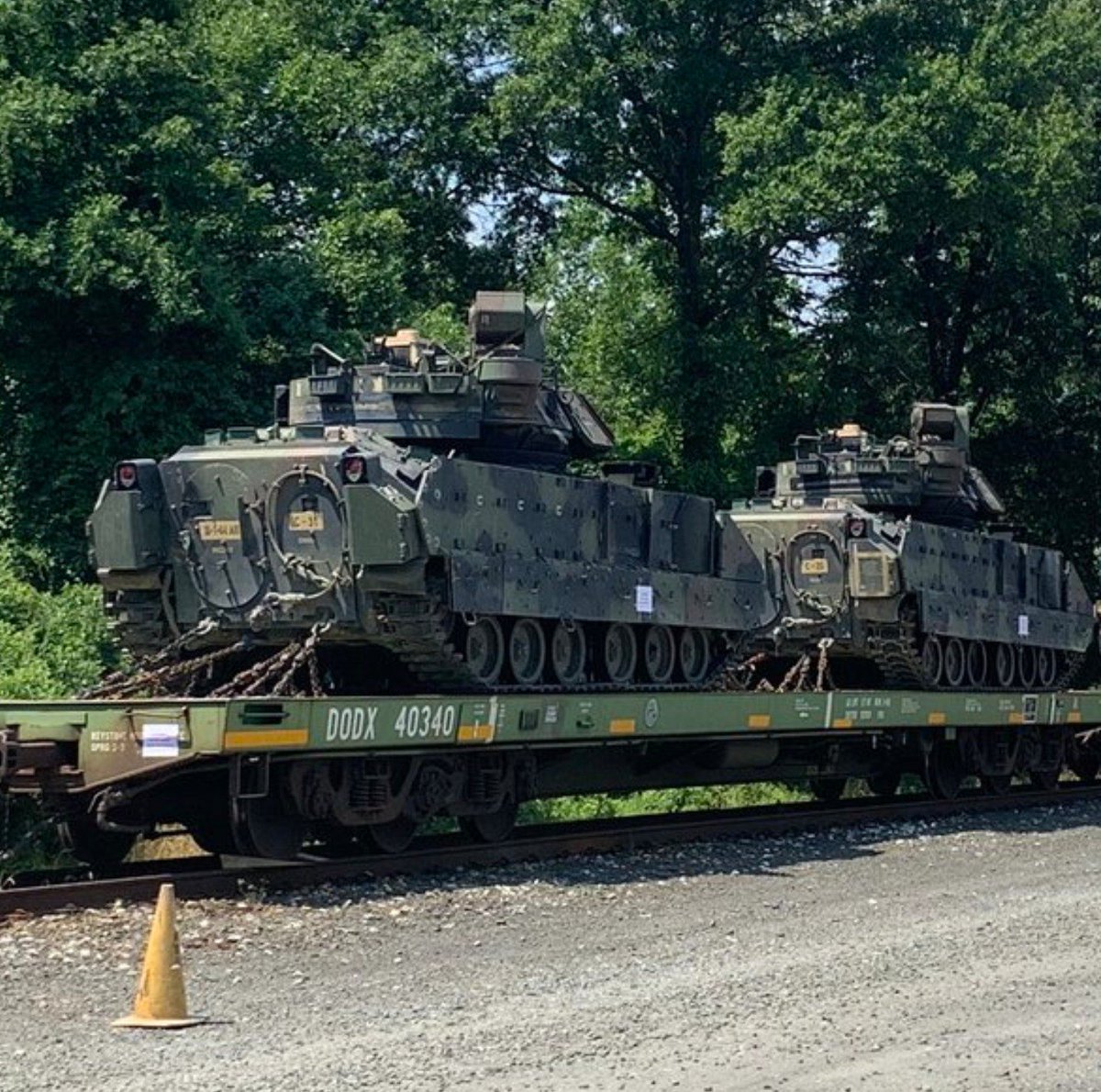 Correction: earlier on, I wrote a *single* flat car. It are actually *three* flat cars, but the same combination of flat cars that was photographed.

The locomotives seen in the video (two of CSX's General Electric ES44AHs) were recently repainted to commemorate the “Spirit of our First Responders” (No. 911) and “Spirit of our Armed Forces” (No. 1776).  https://trn.trains.com/news/news-wire/2019/04/30-csx-releases-veterans-first-responders-commemorative-units … 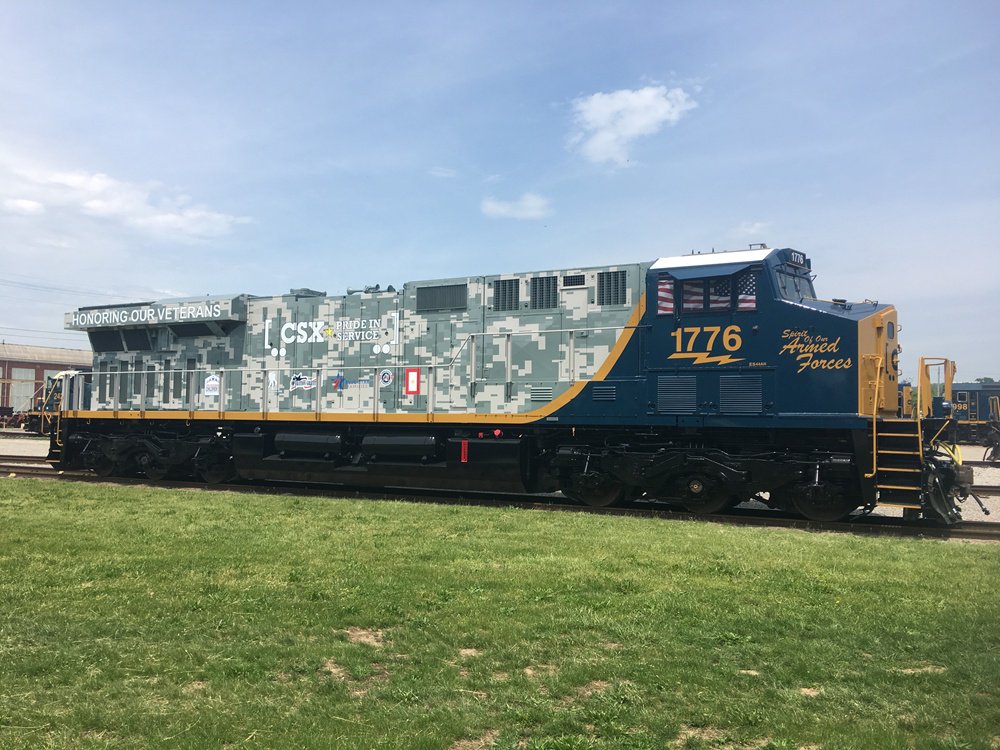 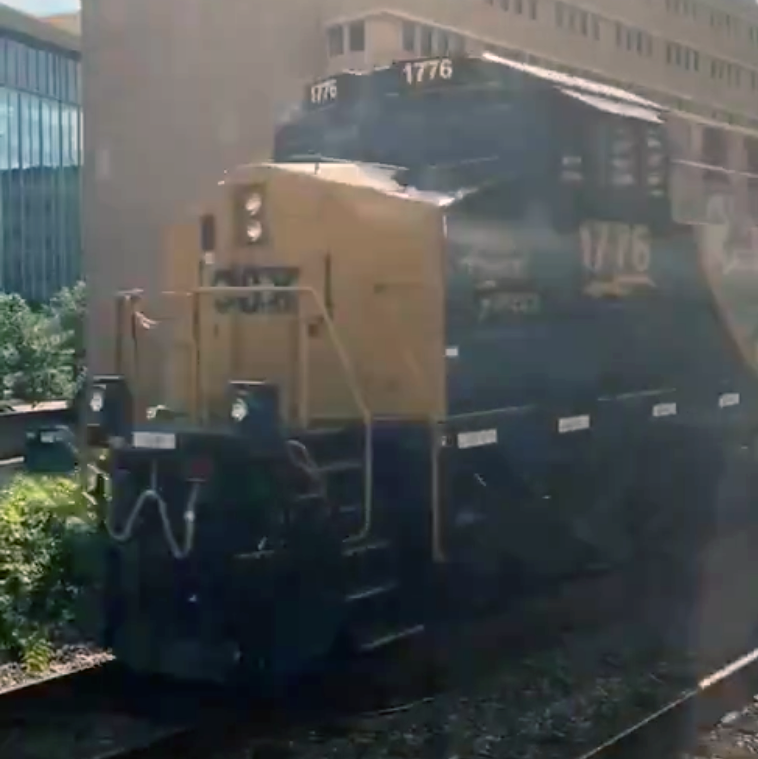 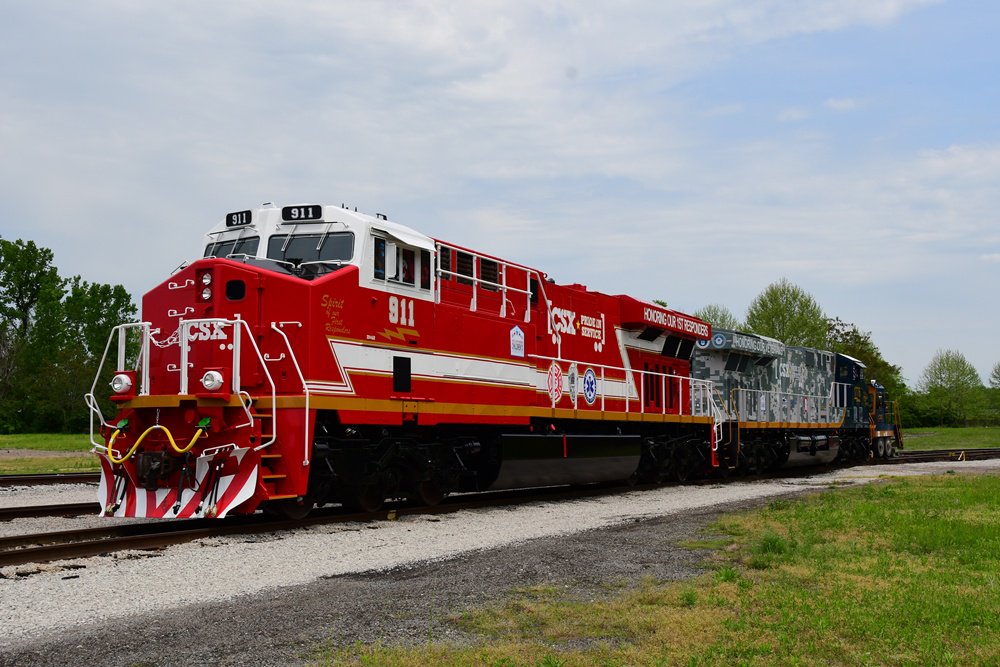 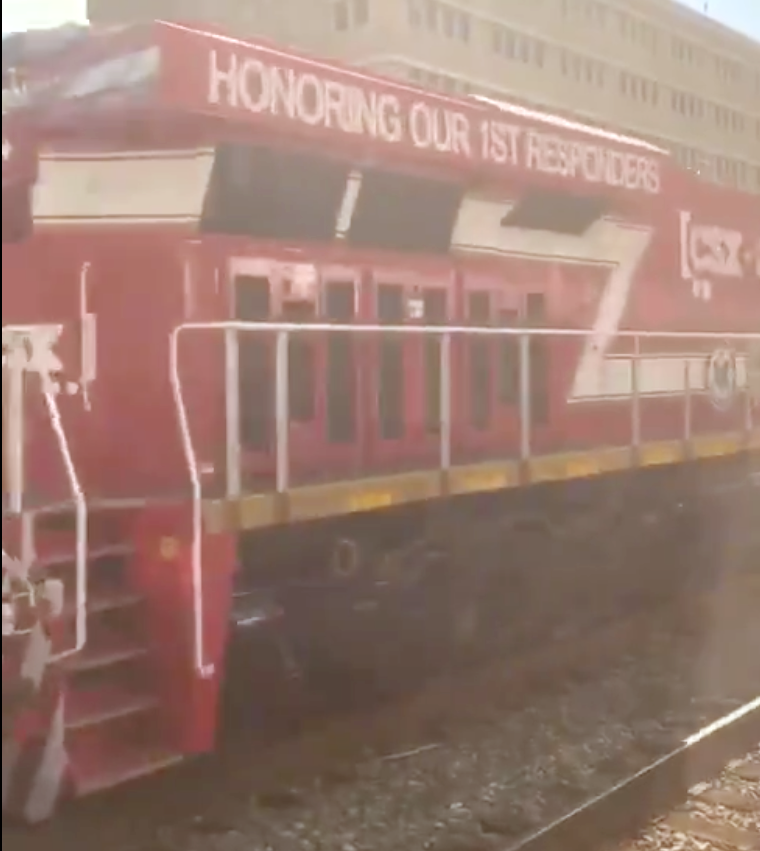 Some background reading by @shearm, @Tmgneff, @johnismay. “Top military officials have expressed deep concern about letting the armed forces be used by the president to advance a political agenda, and earlier resisted his efforts for a military parade”.  https://www.nytimes.com/2019/07/01/us/politics/trump-tanks-july-4th.html …