NEW: As expected, the Second Circuit orders the unsealing of a tranche of files related to wealthy sex offender Jeffrey Epstein and his underage victims.

More specifically, the judges ruled that the only document that will be immediately disclosed will be the summary judgment record, and the district judge will review how the remaining files will be unsealed.

So this ruling is the beginning of a process.

To be clear, however, the Second Circuit instructed U.S. District Judge Robert Sweet on remand that *all* of the files informing his rulings are subject to at least some presumption of public access.

He must justify anything he chooses not to release to the public, individually. 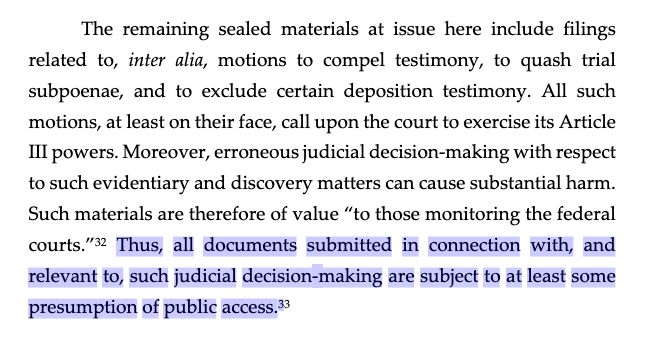 The Second Circuit's panel ends their opinion on this "Cautionary Note" to the press: "At the same time, the media does the public a profound disservice when it reports on parties’ allegations uncritically."

Comment: This little caveat feels both unsavory and unnecessary. 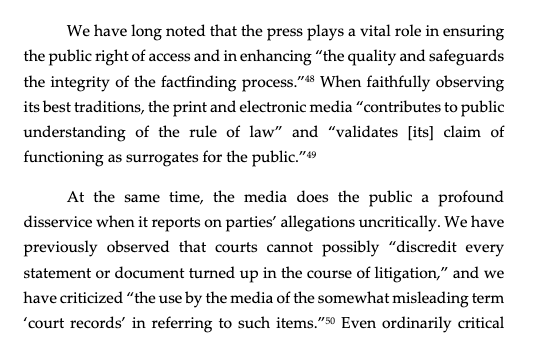 That's because (a) it spreads the false idea that reporters do report on court allegations uncritically, and (b) it puts the judges' thumbs on the scale on the notion that the unsealed allegations are false. Let responsible reporters investigate.

It seems that the role of federal appellate judges in a case like this should be to protect the common law and First Amendment rights of access for the press and public, which the judges did, not to foray into media criticism.

It also reveals a rather stunning statistic: Today's decision will shed light on NEARLY *2,000* PAGES of files. 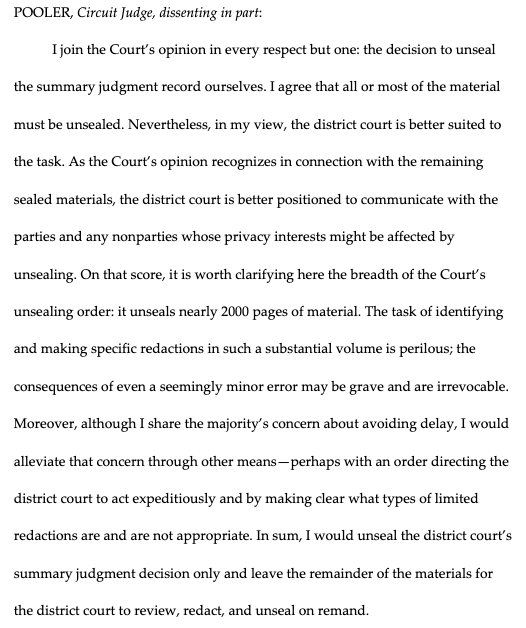 As followers noted, Judge Sweet died in March. The unsealing task will fall upon the judge that replaces him.

Just got off the phone with the SDNY District Executive's office:

The district court judge presiding over the unsealing has not yet been reassigned, and that is unlikely to happen today. So, nobody is yet sure when the process will begin, let alone conclude. cc: @Yashar

From a footnote of the ruling, there's one exception to that, which is the summary judgment record minus "personally identifying information such as personal phone numbers, contact lists, birth dates, and social security numbers," and the names of minor victims.

This is a developing story with much more context and information to come. I am currently reaching out to all of the parties for comment.