1/ Why wasn’t SCIENCE (the method, process) invented in CHINA?

2/ After a super quick run through of several centuries of philosophy on observations, reasoning, induction, deduction, falsifiability, skepticism, empiricism... 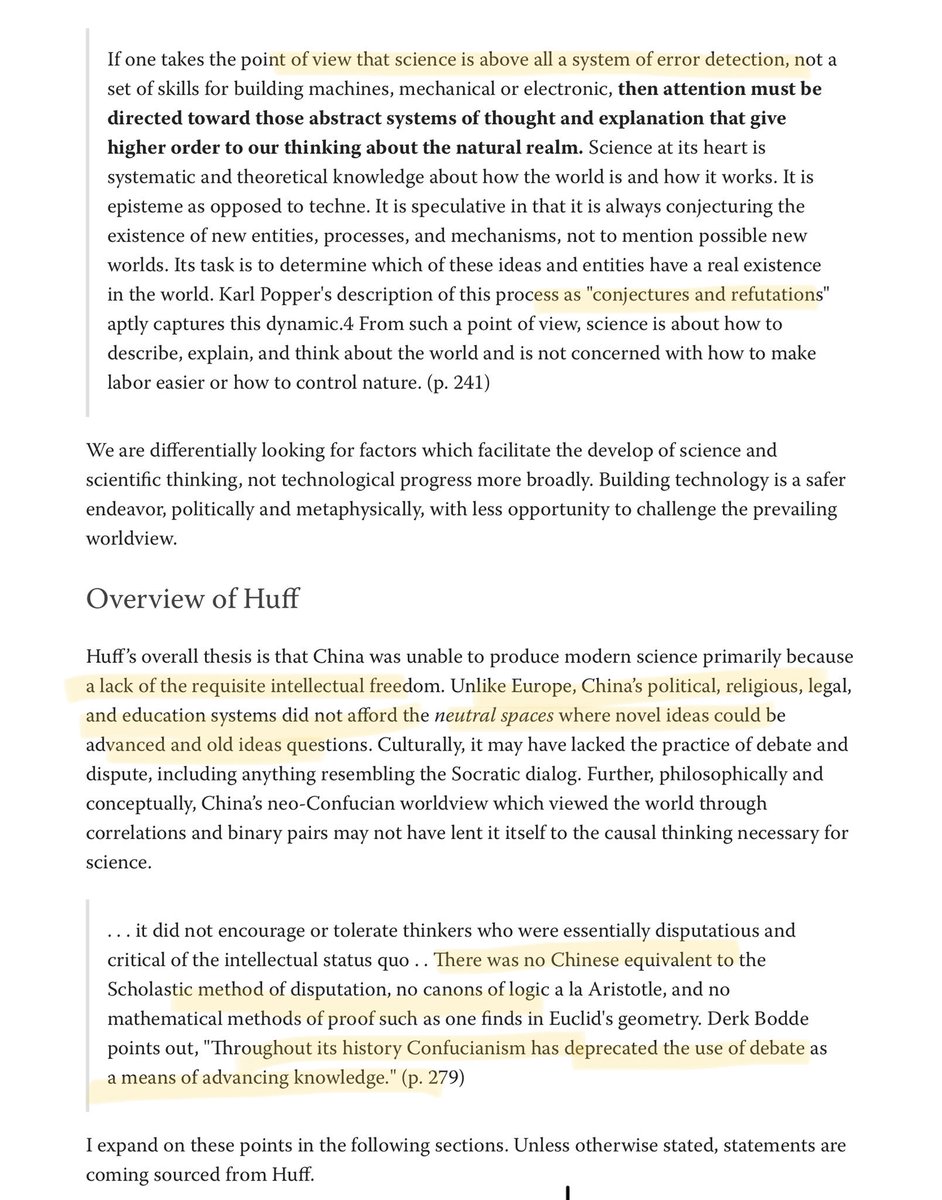 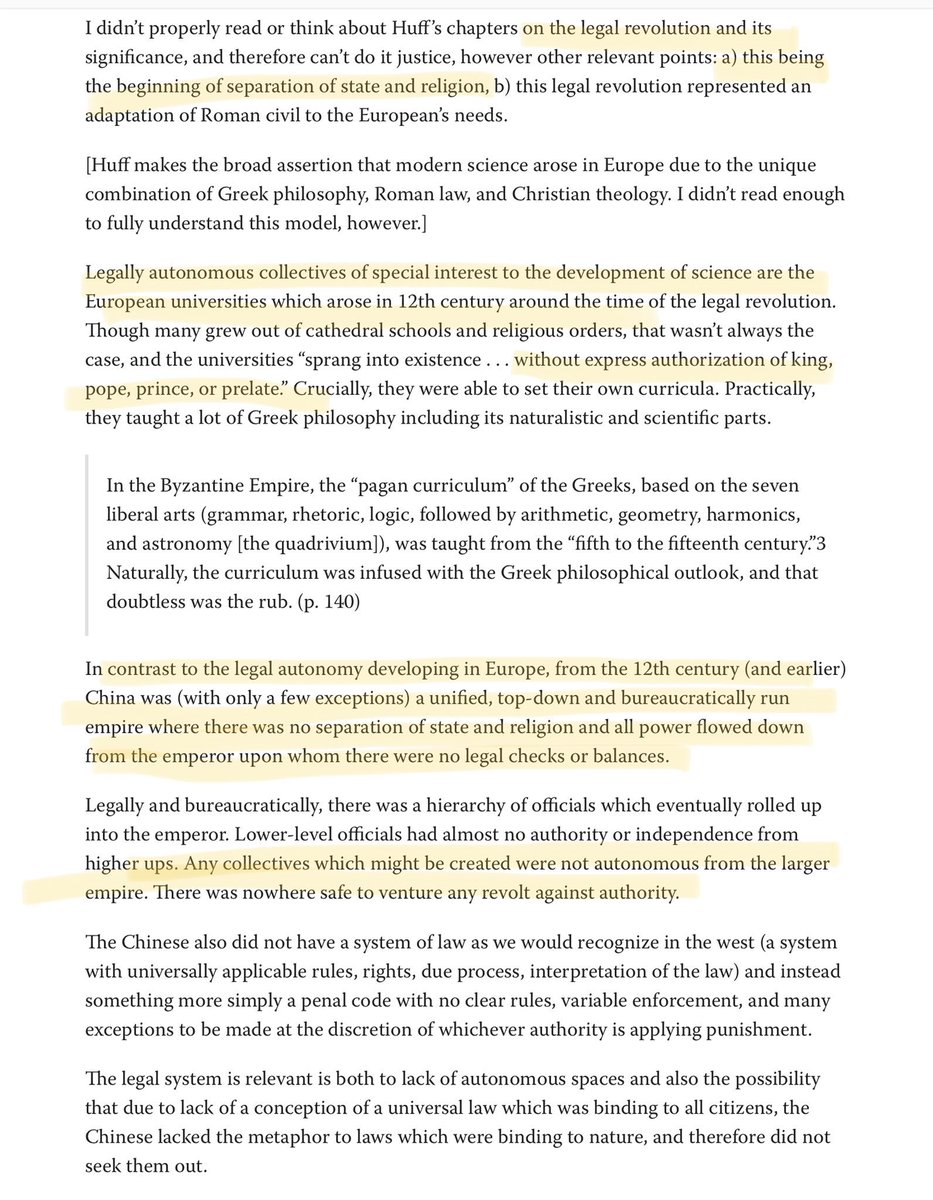 5/ Other possibilities include political + geographic fragmentation (vs a unified China); economic freedom—and a whole host of other provocative questions.

Super fascinating topic that does not lend itself to just simply naive wrong ‘Great Wall of china’ walled China off. 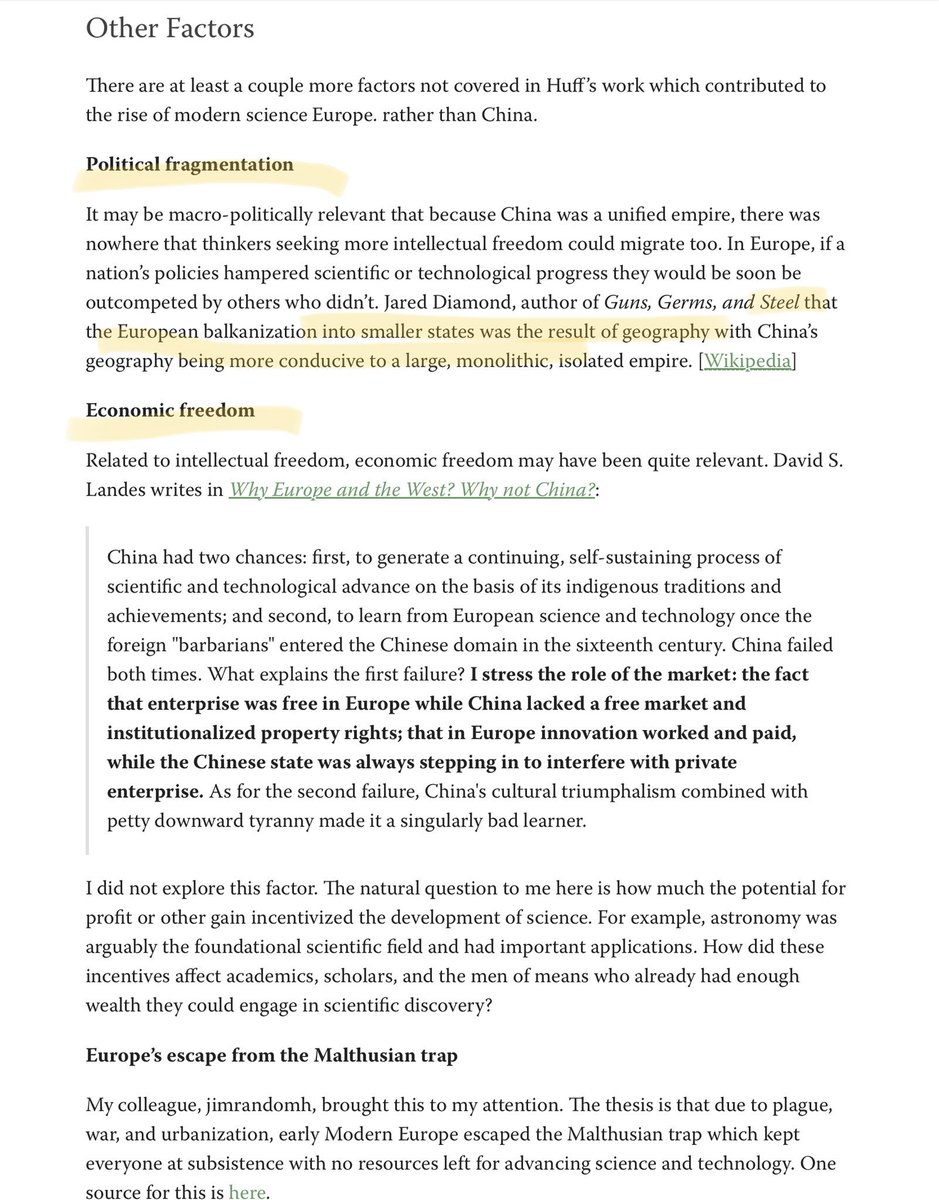