"Overcrowding was so severe that when the agency’s internal inspectors visited some of the facilities, migrants banged on cells and pressed notes to windows begging for help.”  https://www.nytimes.com/2019/07/02/us/politics/border-center-migrant-detention.html …

A pediatrician who visited the Ursula detention facility found evidence of child:

Though 72 hours is the longest a minor can be legally confined in such a facility, some had been there almost a month.

The Clint detention facility was never meant to hold more than 100 adult men.

In May it held 700 migrant children.

(Reuters) - U.N. human rights chief Michelle Bachelet is "appalled" at the conditions in which the United States is keeping detained migrants and refugees, including children, her office said in a statement on Monday.  https://www.reuters.com/article/us-usa-immigration-un/uns-bachelet-appalled-at-us-treatment-of-migrants-and-refugees-idUSKCN1U314E …

The US won't give flu vaccines to migrant families in detention facilities.

At least 3 children held in detention ctrs have died in recent months, in part, from the flu.

The US previously went almost a decade w/o a child dying in US immigration custody.

“The government has a legal and moral obligation to provide basic services to migrants in our care." 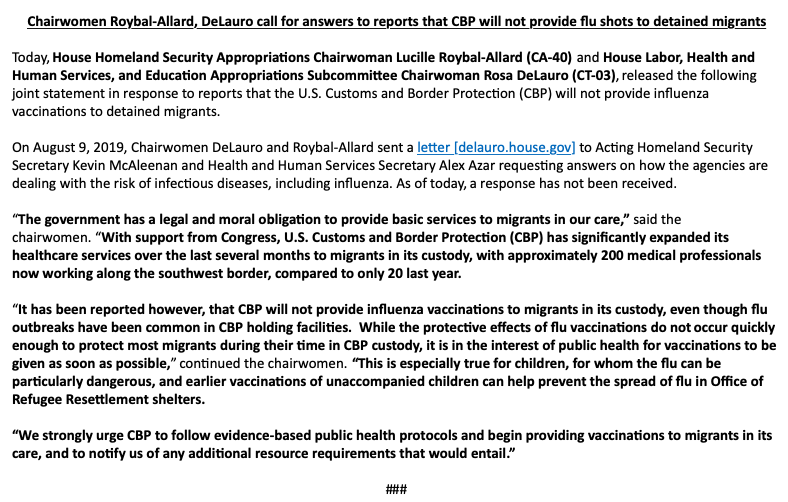 "According to program directors and mental health clinicians, separated children exhibited more fear, feelings of abandonment, and post-traumatic stress than did children who were not separated.”

Reasons migrants were put in solitary confinement include menstruating on a prison uniform and asking for a cigarette. 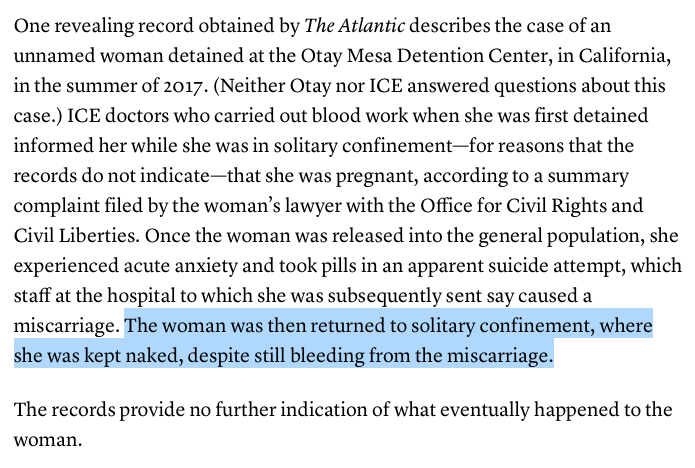 Force-feeding can constitute “ill treatment” that violates the U.N. Convention Against Torture.

"Last month, ICE began non-consensual feeding and hydration of numerous El Paso detainees after a federal judge issued a court order allowing them to be force-fed against their will.”