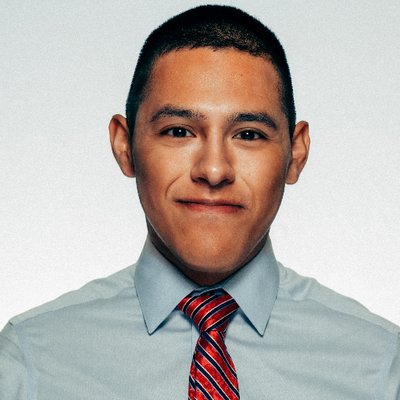 A trans woman flips off a gay Trump supporter at the #DemandFreeSpeech rally. 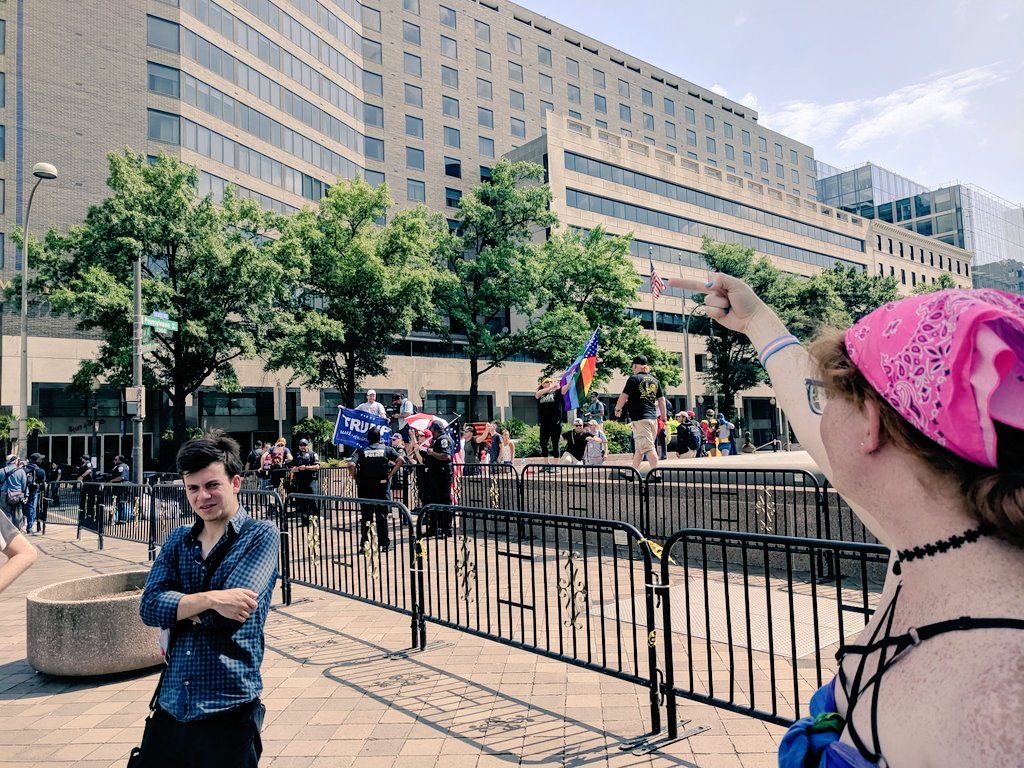 Antifa is here on the opposite side of the #DemandFreeSpeech rally 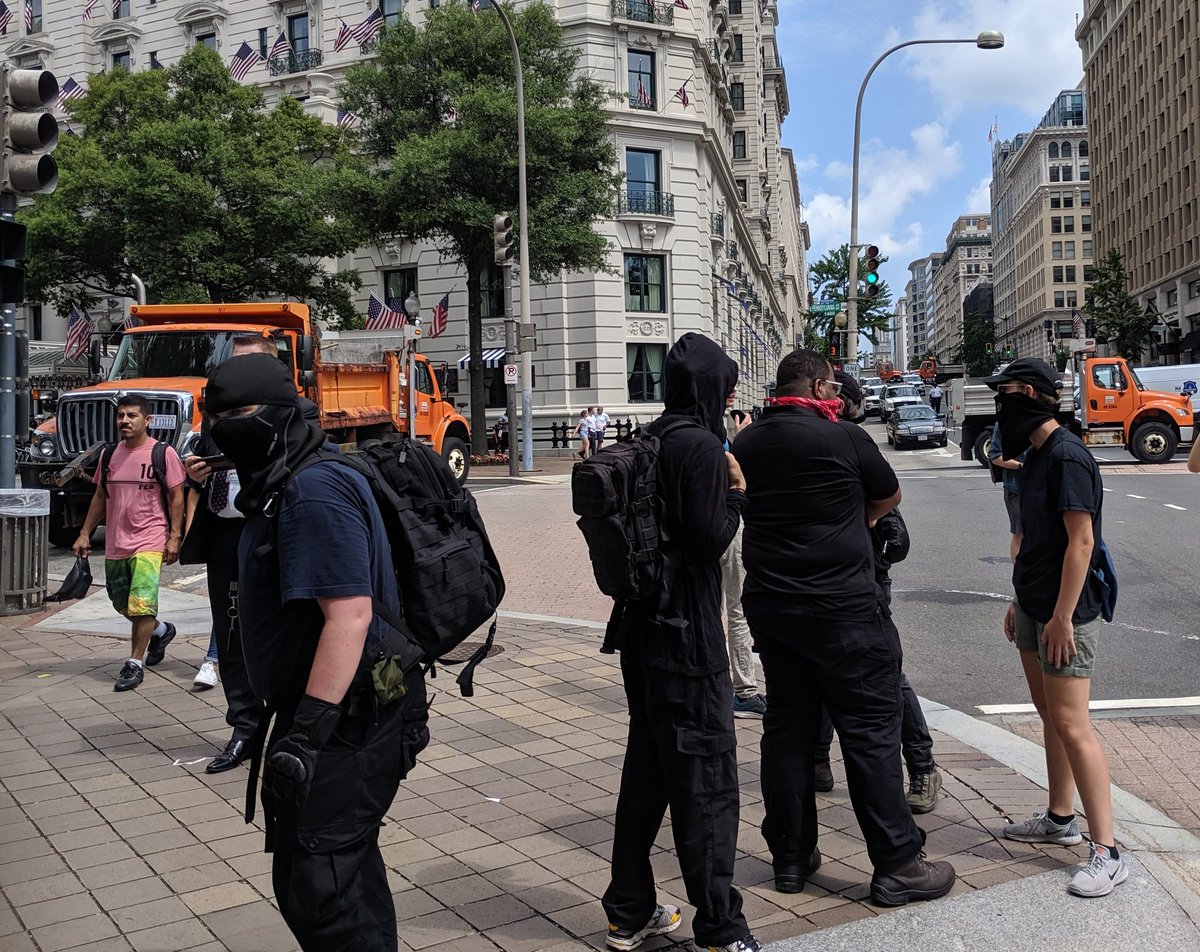 A Latina Trump supporter is being blocked by a white Bernie supporter near the #DemandFreeSpeech rally.

These are the rules for members of the press in order to go inside the #AllOutDC rally, which is the antifa side.

One that suck out: "Please avoid publishing any potentially incriminating photos or video footage..." 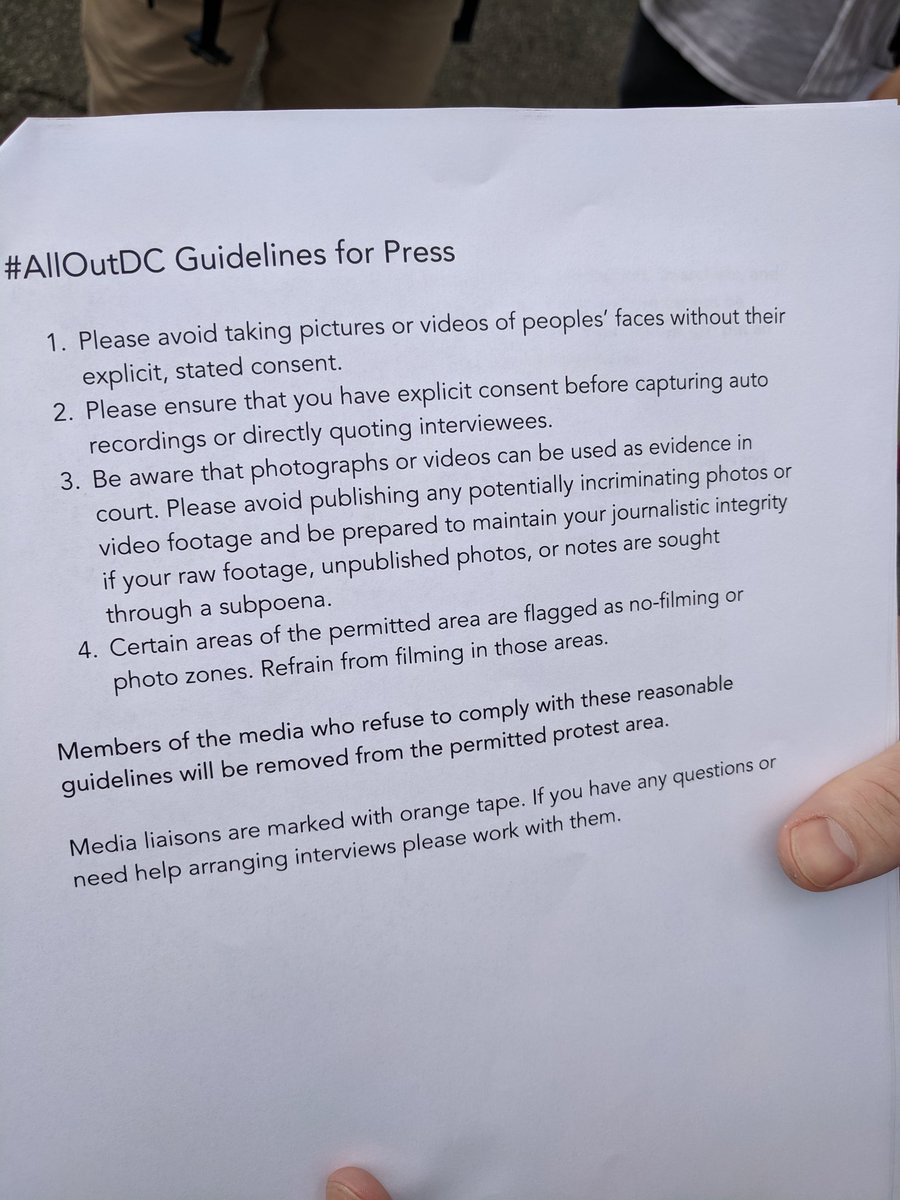 This was given to me after I was blocked from entering the #AllOutDC rally because they want "safe space."

I asked #AllOutDC people if they saw the irony in keeping a Mexican reporter out of an event that was marketed as being inclusive.

Got inside the #AllOutDC rally and they were chanting "Fuck the cops!" because "cops and KKK go hand in hand."

Antifa attacks guy in a MAGA hat by trying to take his camera and throwing a water bottle at him. #AllOutDC

Antifa gets into a scuffle with police. #AllOutDC

Right before I took this video, one of the antifa member slapped my phone out of my hand as they go out into the street.

Antifa is now pulling newstands into the street, including a @dcexaminer stand.

Antifa tried to rush to the #DemandFreeSpeech rally side but were pushed back by police.

Scuffle breaks out after an antifa member steals a MAGA hat from a Asian Trump supporter. #AllOutDC

Follow on what's happening here and the #DemandFreeSpeech rally:  https://www.washingtonexaminer.com/news/follow-live-proud-boys-and-antifa-descend-on-dc …

Antifa is now in the middle of 14th and F st. #AllOutDC

A funny note: across the street from the #AllOutDC rally, where they continue to hate on the United States, a building is covered in American flags.

Any media inquires on what I saw can be sent here: [email protected]

Even though the #DemandFreeSpeech rally ended awhile ago, antifa are now heckling police.

One BLM person asked an African American officer if the white officer was his master.