Open Carry is legal in Virginia. That’s why these armed men are standing near the Virginia statehouse in an attempt to intimidate and silence the hundreds of @MomsDemand volunteers and other advocates supporting gun safety at today’s kickoff of the special session. #valeg

This is legal. These armed gun extremists protesting gun safety legislation at the statehouse are the definition of @NRA “good guys with guns” - until they’re not. Because of Virginia’s lax gun laws, these open carriers may not have had background checks or training. #valeg 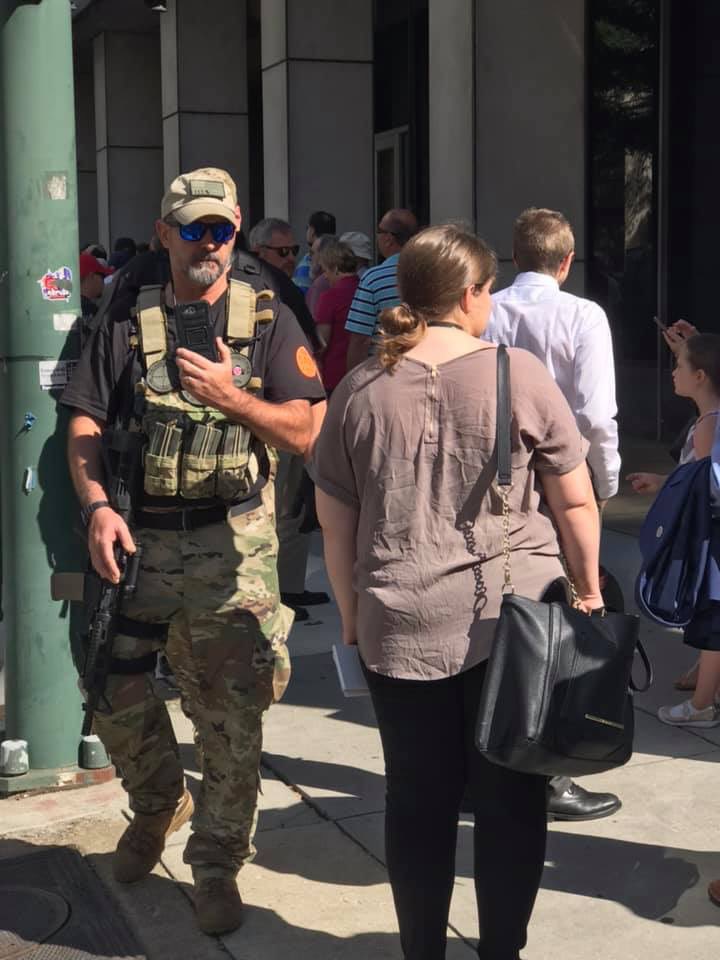 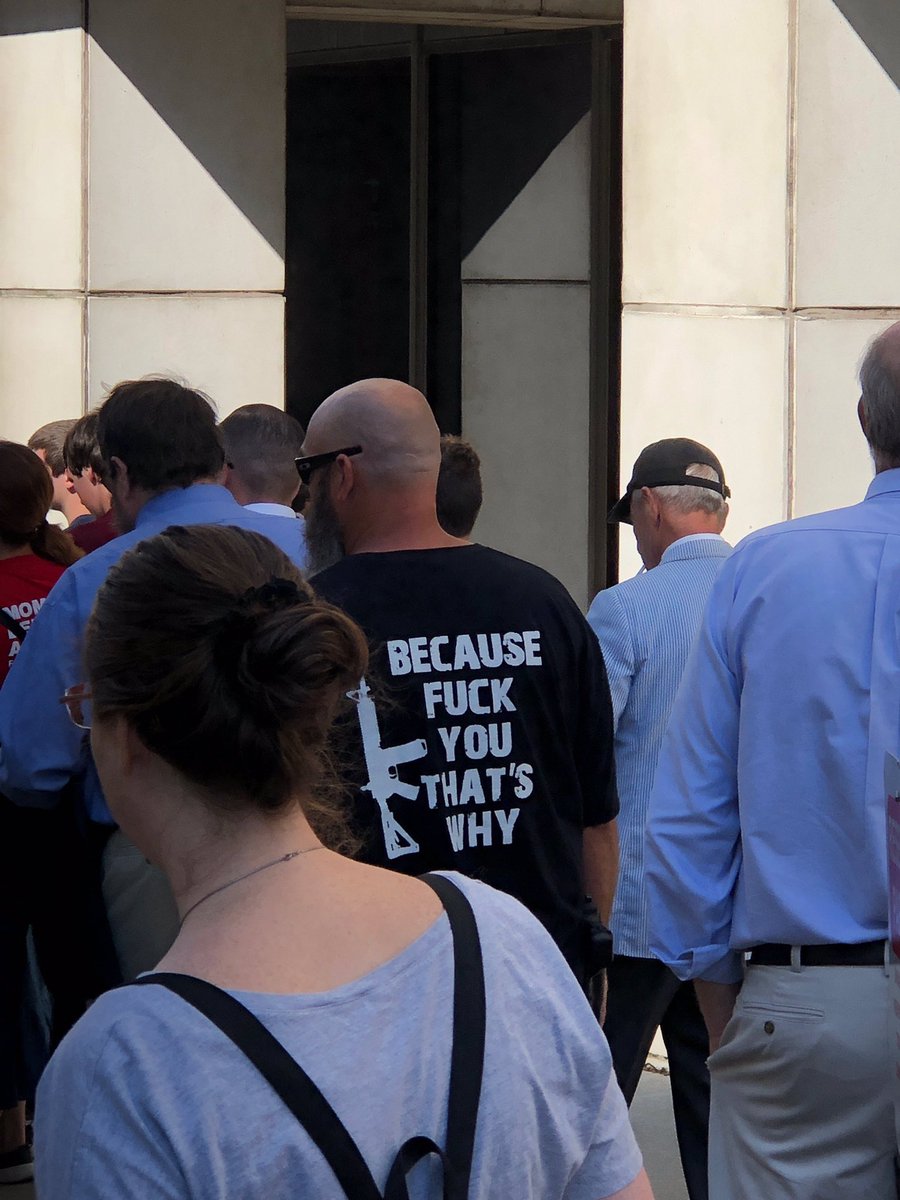 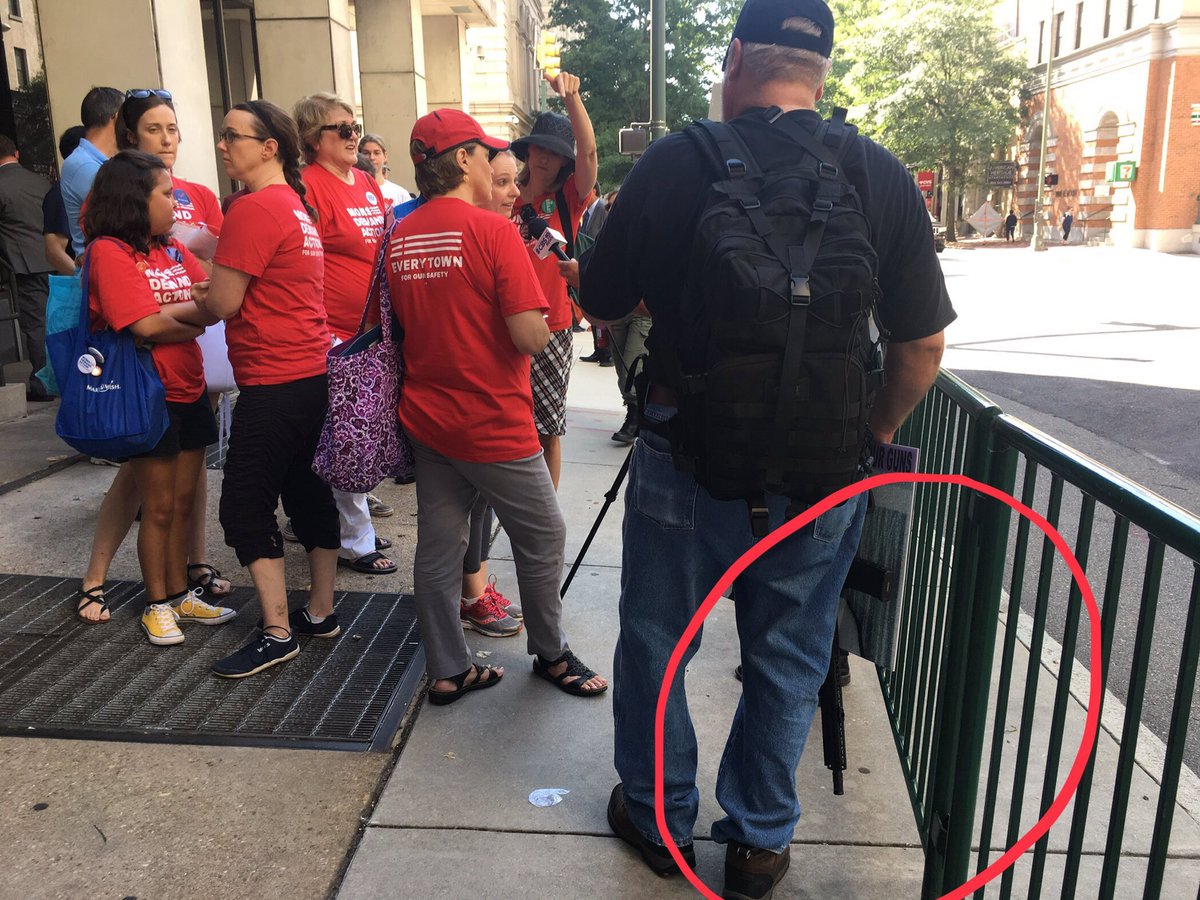 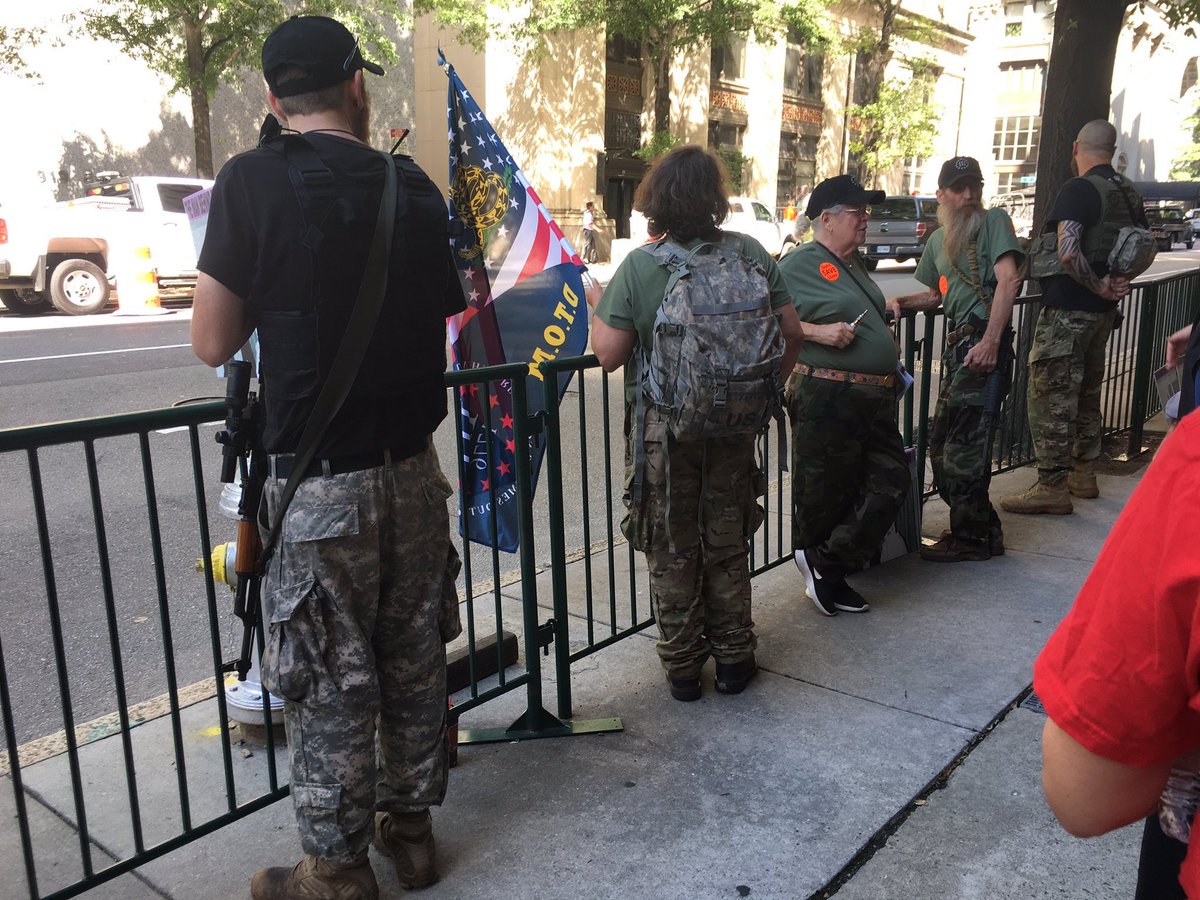