I have no fondness for Kasowitz, Trump's go-to firm for 15 years, but (1) a Latin 🙄 quote about greed is particularly inapt for a False Claim Act case, which would've brought money to the gov't; (2) this case is a reminder of how Republicans tweak bills to weaken them. /1

The Fraud Enforcement and Recovery Act of 2009 (“FERA”) was, by and large, a very good bill, including the parts amending the False Claim Act, which expanded liability and overruled Allison Engine Co., 553 U.S. 662 (2008).

But it could've been better. /2

As the Third Circuit noted, Senator Kyl got FERA changed so False Claims Act cases couldn't be brought where a business evaded a fine, but instead only where the gov't had "formally established" the business had to pay a fine.

Why? Because the Chamber of Commerce told him to. /3 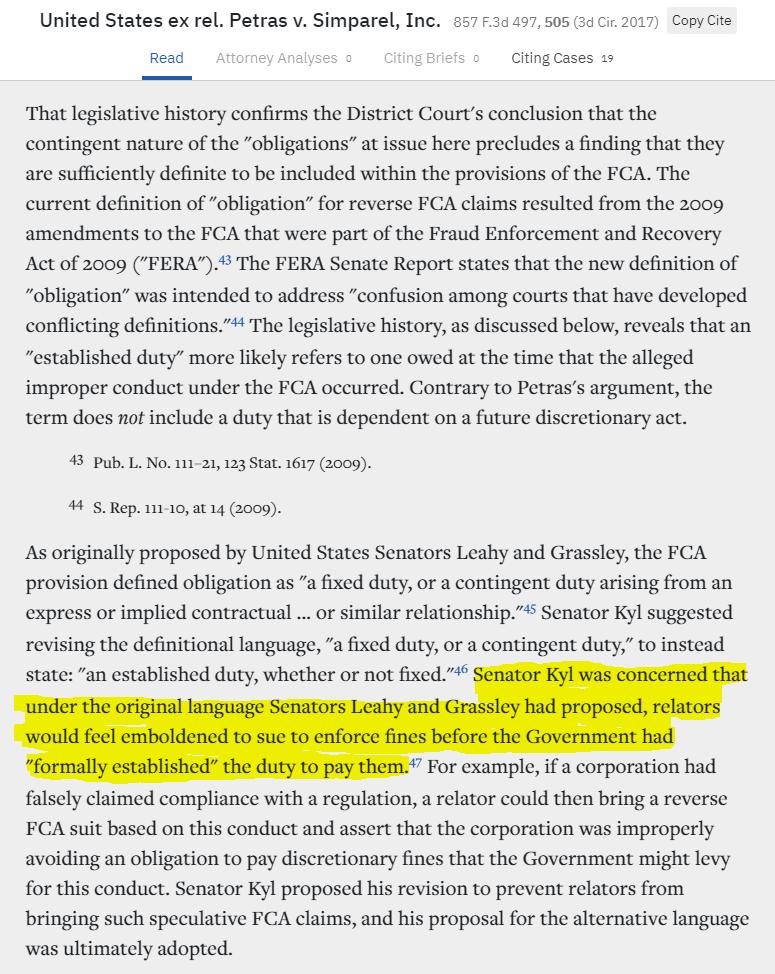 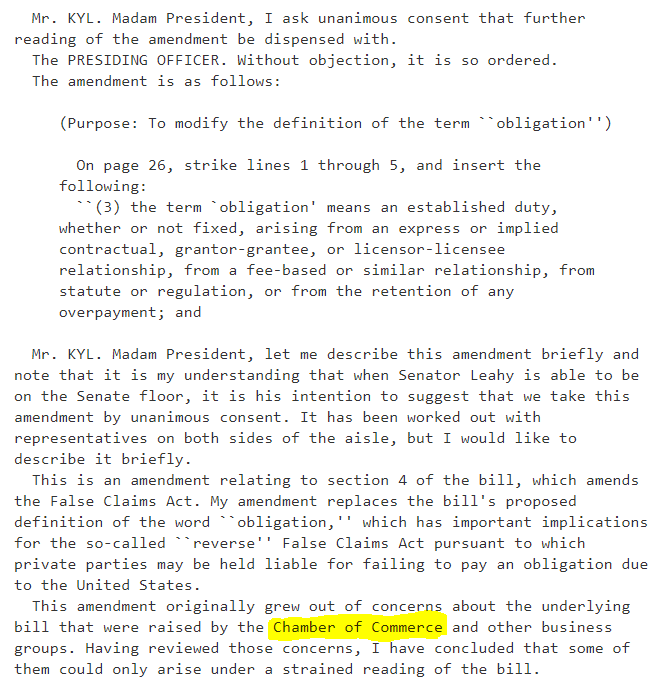 Kasowitz tried to avoid that by arguing the Toxic Substances Control Act provides for automatic fines. But the DC Circuit said no because the EPA has the discretion not to levy the fines. 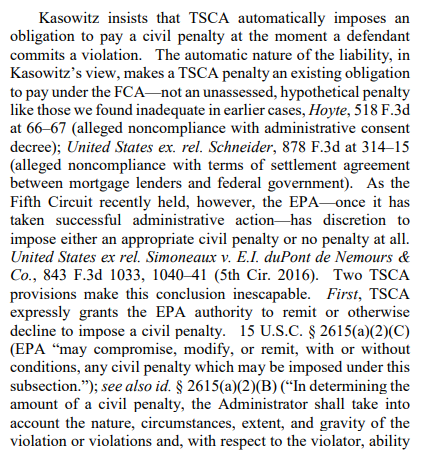 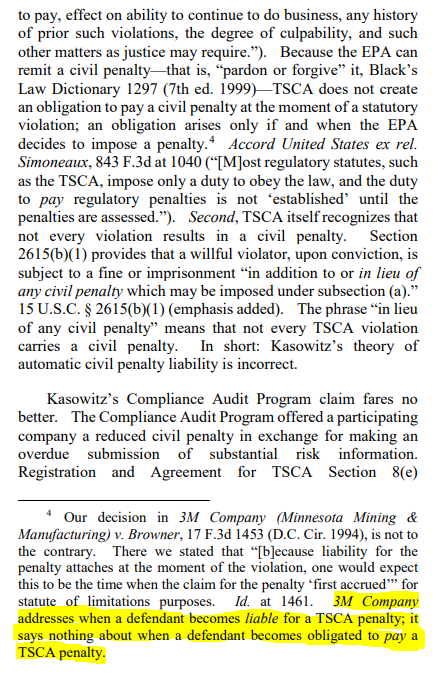 The court's conclusion that the EPA *could have* waived the fee contradicts the reason the Supreme Court gave for why we can't sue generic drug manufacturers: because we can't speculate about "hypothetical federal action." 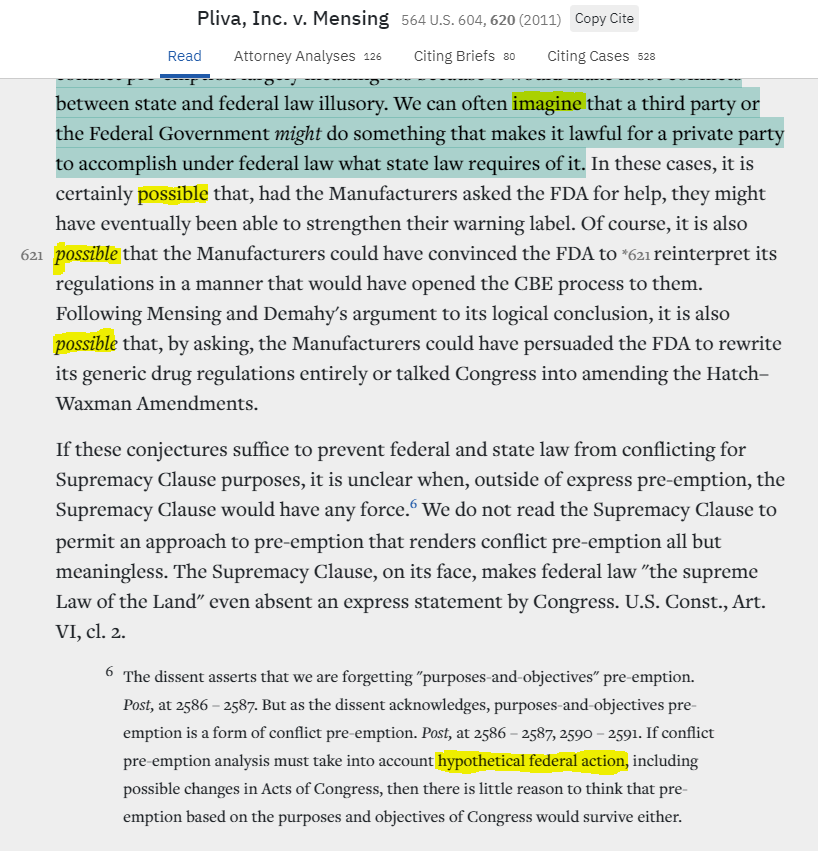 So we end up here: chemical companies broke the law concealing risks of a ubiquitous chemical, but a plaintiff's lawsuit is stopped right out of the gate, before discovery.

And the plaintiff, not the corporations and lobbyists who weakened the False Claims Act, is called greedy. 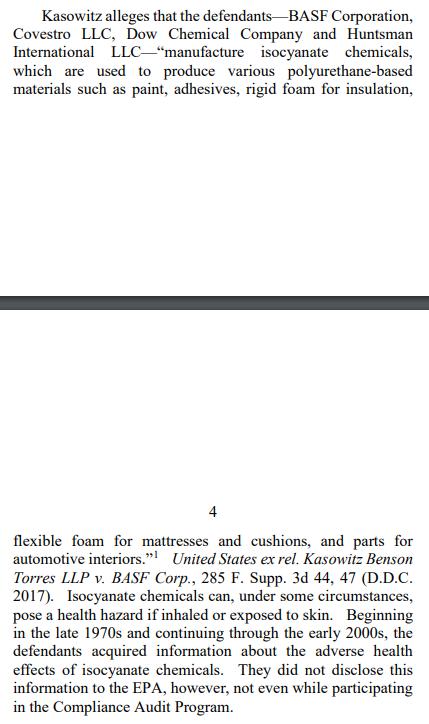 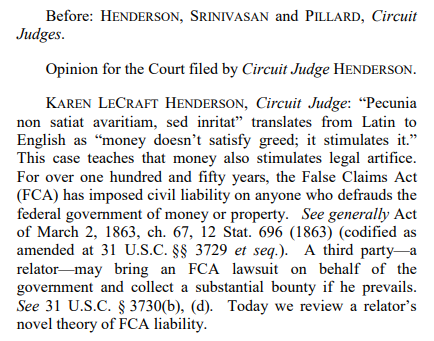