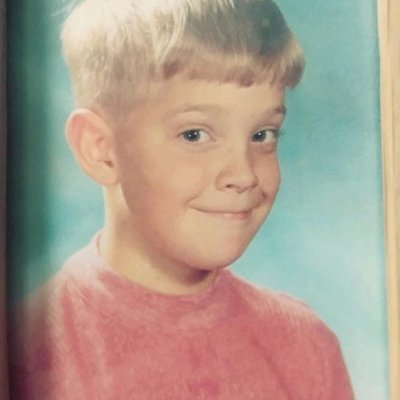 Good morning! It's that time. Who’s interested in a thread on what may be the first queer romance in modern fiction? (I use the weasel words “may be” because there might be predecessors I don’t know about. I say “queer” because…well, you’ll see why I chose “queer” presently). 1/

Twitter isn’t the place for an in-depth examination of QUILTBAG folks in Victorian fiction. The subject is too complex, there’s too much to say in too short a space. Basically, as you might guess, the Victorians wrote about folks on the spectrum using a variety of approaches. 2/

Some were coded ambiguously: Marian Halcombe in Wilkie Collins’ THE WOMAN IN WHITE. Some were as explicit as the publishers allow: practically the whole cast in Oscar Wilde’s THE PORTRAIT OF DORIAN GRAY. Many were in the range between them. 3/

THE UNSPEAKABLE ends—by our eyes, unfortunately, by Victorian standards, happily—with the protagonist overcoming his dysfluency through a “cure” and his attraction to same-sex relationships through falling in love with a woman. 5/

(Not many Happily Ever Afters for QUILTBAG folks in Victorian literature. The book I’m about to talk about doesn’t have one, fwiw). (THE UNSPEAKABLE is at least partially an autobiographical bildungsroman, and was written by James Malcolm Rymer, author of VARNEY THE VAMPYRE). 6/

(VARNEY gets a bad rap, but it’s an important text in the history of vampire fiction, has the most emotionally complex monster of the 19th century—yeah, I said it—would reward a queer theory reading & is a significant work in the history of horror literature & cosmic horror). 7/ 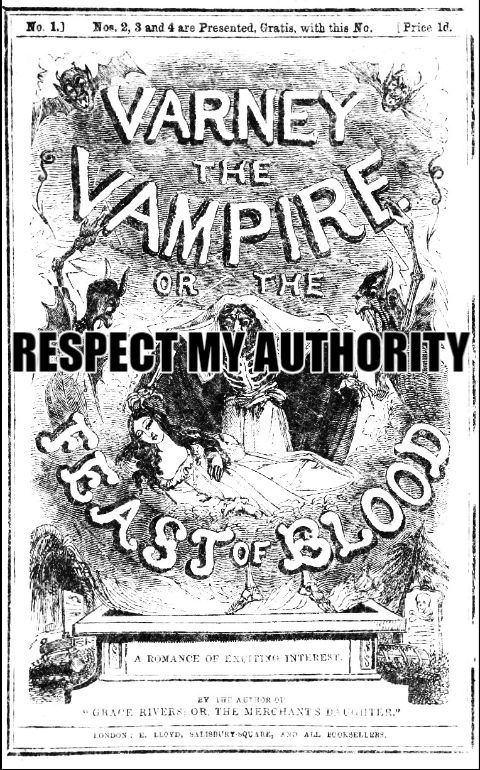 Anyhow. (Sorry—I like VARNEY). If you look in the relevant reference books on gay and lesbian literature in the 19th century, they generally tell you that the first prominent lesbian character was Olive Chancellor, in Henry James’ THE BOSTONIANS (1885-1886). 8/

The reference books then say that the next prominent work with lesbians in it was Gertrude Stein’s Q.E.D. (1903, though not published until 1950), which “signals the beginning of the production of lesbian novels by lesbians” (Abraham, ARE GIRLS NECESSARY?) 10/

These reference books never mention THE PRINCESS DAPHNE (1888) by Edward Heron-Allen & Selina Dolaro, who wrote DAPHNE as “Selina Delaro.” The novel had both UK & US editions but it didn’t get good reviews: “searchers after amusement will find disappointment alone remaining”. 11/

"To readers and admirers of fiction it will be distasteful...it is one of those books which must leave a bad taste in the mouth of any one whose perceptions have not been blunted by feeding upon the highly spiced viands offered by Edgar Saltus and his French prototypes." 12/

PRINCESS DAPHNE is an obscurity, admittedly, though Tartarus did do a limited edition in 2001. But DAPHNE is worth noting. It’s got what might be the first queer romance in Victorian fiction, and is much closer to being explicit about its queer aspects than Henry James was. 13/

Before I begin--you can read the book here:  https://catalog.hathitrust.org/Record/007670559 … But I wouldn’t recommend it. It is one of the first “gays die tragically so the hetero characters can learn something” stories, and it is HORRIBLY racist. Even by Victorian standards. 14/

DAPHNE is about a pair of love triangles. Paul, a mesmerist, becomes attracted to the mysterious Mahmouré and marries her. Paul uses his powers to project her personality into the body of Daphne, his cousin, to prove that mesmerism works. Doing so drains him, however. 15/

Paul also uses his powers to bolster Mahmouré’s failing health, but pours too much of himself into the use of his powers and dies. Daphne, meanwhile, is living a romanticized Bohemian life with Eric. Eric loves Daphne. She eventually comes to love him. BUT. 16/

She begins cheating on Eric. Mahmouré comes to town and there is an immediate attraction between Mahmouré and Daphne. What follows is a very thinly-veiled romance between the two. Daphne rejects Eric, who buggers off to marry a minor character. Daphne & Mahmouré are together. 18/

But not for long. Daphne dies again, this time for good, and Mahmouré goes back to Greece. Then we get the explanation of what happened—and of course there has to be an explanation, because this is 1888 and we can’t let lesbians just be lesbians in novels. 19/

Paul’s experiments on Daphne? Projected his personality into her body. The doctor in the novel describes the result as insanity on Daphne’s part, which *obviously* is why she rejected Eric to be with Mahmouré. Post-experiments, Daphne is left w/Paul’s attraction to Mahmouré. 20/

The 2019 explanation is a lot different. The novel is fairly open about Daphne having become essentially half-woman and half-man because of Paul’s experiments. 21/

Daphne, post-experiments, feels as much a man in a woman’s body as a woman—more so, even.

Does this make Daphne trans? Not for me to say, but at least now you see why I used the phrase “queer romance” rather than “lesbian romance” up above. 22/

Whether it’s a trans romance or a lesbian romance, the relationship between Daphne & Mahmouré is definitely a romance. They stroke each other’s hair tenderly, there’s a scene with rumpled nightgowns, they share the same bed, and are pretty much obsessed with each other. 23/

My interpretation of PRINCESS DAPHNE is that Daphne & Mahmouré’s relationship is on the romantic and sexual end of the passionate friendship scale. Others may interpret it differently. 25/

(btw, PRINCESS DAPHNE is usually described as a novel of “psychic vampirism.” It’s not—there’s no draining of souls going on. Paul drains himself to help Mahmouré, and then his soul psychically infects Daphne’s. DAPHNE is about mesmerism & psychic possession, not vampirism). 25/

As for the authors' intentions…Edward Heron-Allen didn’t otherwise write about gays or lesbians, although one of his stories, “The Cheetah-Girl,” was racy enough (it mentioned pubic hair, shock, horror) to have been suppressed. No evidence pro- or con- regarding him. 26/

Selina Dolaro, however, is another matter. We can’t know if she was on the sexuality spectrum—her marriage & kids mean nothing. But we do know that she was a part of the theater crowd of both London & New York for years—D’Oyly Carte himself managed a theater for her in 1875. 27/

As I argued last week about Albert W. Aiken, if you were a part of the world of the theater in the 1870s & 1880s, you knew lesbians existed and in all likelihood knew lesbians personally. This is certainly the case for someone on Dolaro’s level. 28/

Does this mean that Dolaro intended for the Daphne/Mahmouré relationship to be romantic & sexual? I’d argue that, combined with the textual evidence, it does—and given Dolaro’s other novels, in which HEA romances figured prominently, I’d argue she wanted a happy ending. 29/

Blame Heron-Allen (a cut-rate writer with a sardonic sense of humor—kind of a very very very poor person’s Max Beerbohm) for the tragic ending, I think. Heron-Allen wasn't the type to do happy endings in fiction. His heart wasn't in them. He preferred ironic or bleak endings. 30/

Again leaning on Sharon Marcus & BETWEEN WOMEN--it’s not like the Victorians didn’t know about female couples. They knew of them and accepted them into the social hierarchy, whether the women were platonically together or a passionate pair very much in romantic love. 31/

Marcus: "the mere fact of both members of a conjugal unit being women was not sufficient to discount their relationship as a socially recognized form of kinship." But what the Victorians were happy to embrace in reality, they weren’t so eager to accept in fiction. 32/

So: no HEA in DAPHNE. As I said, the novel is one of the first “tragic queers” narratives. But the novel at least offers the *possibility* of a happy romance between queer characters, which is more than THE BOSTONIANS managed. 33/

As an epilogue—I beat up on science fiction a lot, and usually for good reason. But I’ve recently been made aware that gay representation in science fiction before the 1960s was actually on par w/gay rep in mainstream fiction. So good on you, sf writers of the 1940s & 1950s. 34/