NBC News+ Your Authors @NBCNews The leading source of global news and info for more than 75 years. Jul. 10, 2019 1 min read + Your Authors

DEVELOPING: Storm system in Gulf of Mexico forecast to become a tropical storm Thursday, and a hurricane on Friday, NWS says. 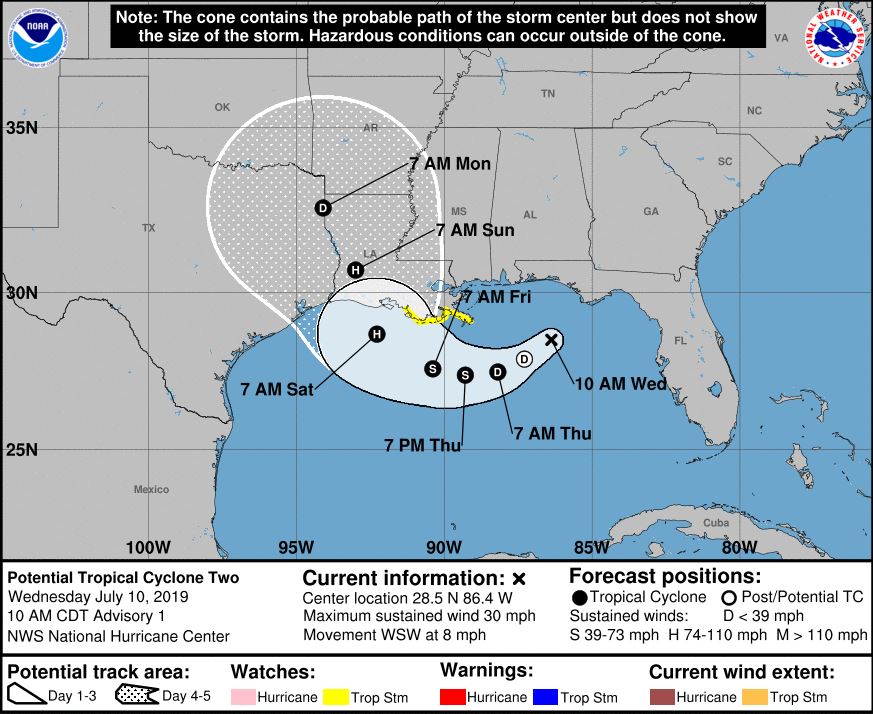 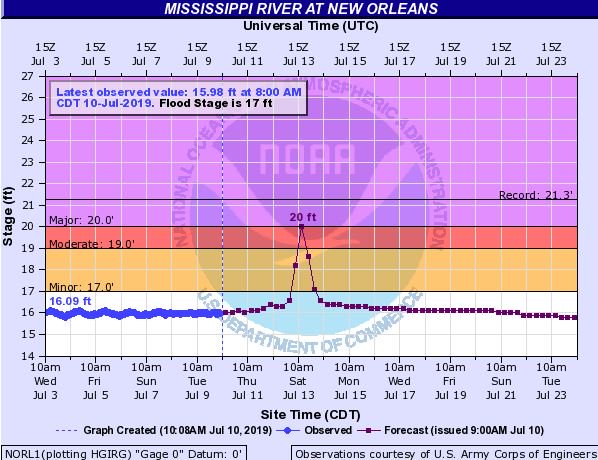 JUST IN: Louisiana Gov. Edwards issues state of emergency ahead of potential hurricane that could make landfall in the state this weekend. The storm is forecast to bring heavy rains and storm surge.  http://nbcnews.to/32fwOue

JUST IN: Hurricane Watch issued for much of Louisiana coast as storm develops in Gulf of Mexico, NWS says.

Storm is forecast to strengthen to hurricane Friday.

Mississippi River at New Orleans forecast to crest at highest level since 1927 this weekend. 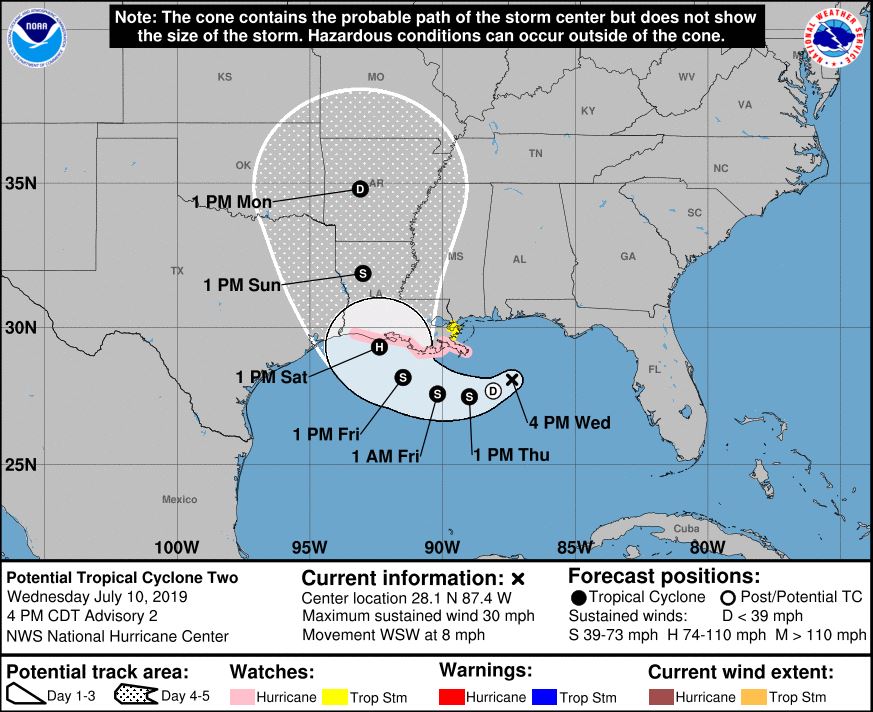