People are aghast, wondering how the GOP can approve of perverts and molesters?"

Trump & pals (among other things) are political reactionaries. They want to take us backwards. 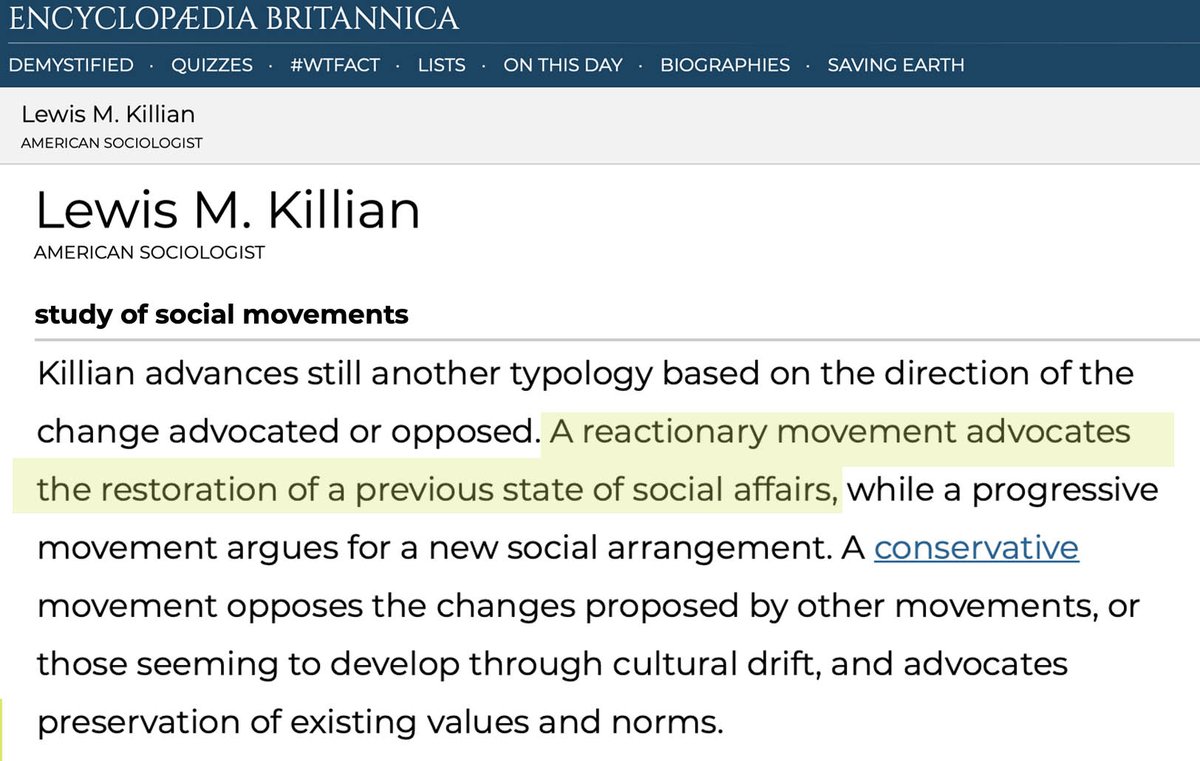 The political spectrum is often pictured like this ⤵️

MAGA means take America back to the time when there were very few restrictions on white men. 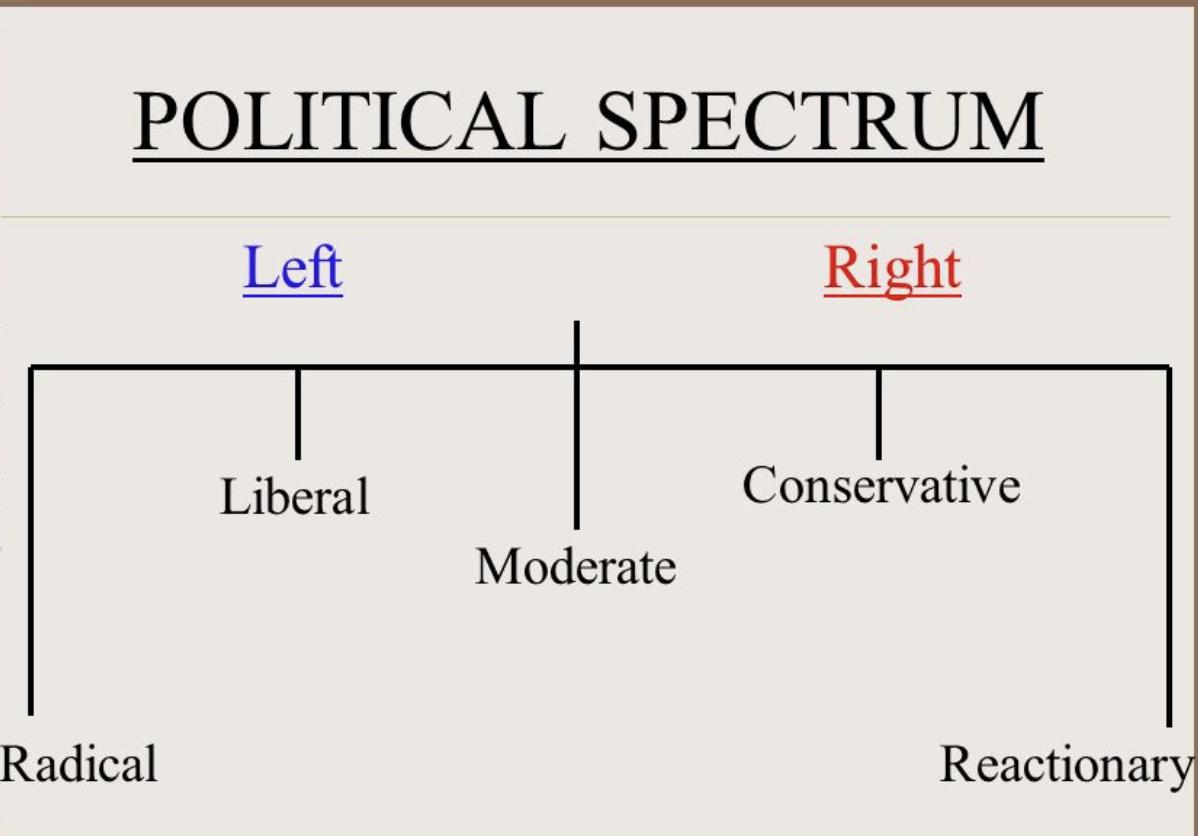 4/ MAGA means back to the olden days when white men could grab whatever they wanted. See:

Grabbing women was particularly easy. In fact, rape (mostly) wasn't even about the victim.

You see, for much of world history, rape was a property crime.

5/ An unmarried girl was her father’s property. A married woman was her husband’s property.

If she wasn’t a virgin and wasn’t married, there was no crime . . .

6/ . . . because the property was already damaged.

A man couldn’t rape his wife (his own property) and rape of enslaved women wasn’t a crime. Even after the Civil War, rape of a black woman wasn't recognized.

7/ The social hierarchy mattered: Black men were lynched if accused by a white woman.

Attempted rape wasn’t a crime because there was no damage—what Graham meant when he said Kavanaugh "respected" her enough not to go through with it, so "not relevant."
https://m.dailykos.com/stories/2018/9/19/1797143/-Graham-Attempted-rape-not-a-crime-Kavanaugh-respected-his-victim-by-not-finishing?detail=facebook …

8/ Rape was seen as natural result of "human" nature. Men were aggressors. Grabbing women was just something they did.

What Rep. King was getting when he said if sexual assault is the new standard, “No man will ever qualify for the Supreme Court”:

9/ That's also what Trump meant when he said ⤵️

The law before the 1970s was intended to protect (white) men from false accusation; not to protect women from attack.

A woman was responsible for guarding her chastity. If she failed, it was her fault. Because men will be men.

10/ As late as the 1970s, a defendant in a rape trial could present evidence that the woman had, in the past, engaged in sexual behavior.

The "sexual history" defense was based on 2 assumptions:
First, if she was unchaste or immoral, she couldn’t be trusted.

11/ Second, if she wasn’t a virgin, there was no crime because the goods were already damaged.

By the 1970s and 1980s—under pressure from women’s activists—states enacted what called "Rape Shield Laws.”
https://www.nolo.com/legal-encyclopedia/rape-shield-laws-protecting-sex-crime-victims.html …

12/ These laws protected victims and prevented their sexual history from being used as a defense.  https://www.nolo.com/legal-encyclopedia/rape-shield-laws-protecting-sex-crime-victims.html …

13/ Brownmiller sent shockwaves in 1975 when, in Against Our Will, she argued that rape was not a natural result of human nature.
It was a means of exerting patriarchal power.

The Fox-Trump-GOP still has trouble with the fact that a woman’s word can bring down a man. 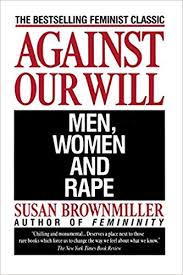 14/ Ann Coulter said this about rape:


(In fact, witness testimony IS evidence, and is evaluated for reliability, like any evidence. The idea is that a woman’s word is less reliable.)

Roy Moore and Jeffrey Epstein would have been within the law.

16/ Young victims were generally vulnerable girls—poor, orphans, struggling to find food. A rich man who liked young girls had it made.

17/ Epstein followed the pattern: He targeted girls as young as 13 who needed money. Many came from disadvantaged homes or foster care.
https://www.usatoday.com/story/news/nation/2019/07/09/how-jeffrey-epstein-allegedly-chose-his-sex-trafficking-victims/1683420001/ …

After becoming president, Trump said that “'Our laws are so corrupt and stupid.”  https://expo.mlive.com/erry-2018/04/bab779dc196618/ten_highlights_from_donald_tru.html …

It’s clear what he meant by stupid.

Trump and pals disregard the laws and regulations that they think are "stupid" and shouldn't should exist.
They want to take us back to the days when men had freedom to grab.

19/ “But they're doing it! They're rolling us backwards!”

Yes, they are. That means we'll have to do the work of rolling things forward again.

Susan B. Anthony, Thurgood Marshall, Franklin D. Roosevelt, and others taught us how.
https://terikanefield-blog.com/susan-b-anthony-taught-us-how/ …

Women can also be reactionaries supporters of patriarchy. Phyllis Schlafly (who incidentally backed Trump for president) is probably responsible for sinking the Equal Rights Amendment. And just look at Fox News.

Thanks, @erikhalvorsen18
There were also a few GOP campaign chairs.

https://thehill.com/homenews/state-watch/364323-kentucky-gop-calls-on-state-lawmaker-to-step-down-over-molestation …
The GOP does not have a monopoly on sexual molesters. But it's clear to anyone paying attention that the GOP has a different view of sex crimes.

All my threads are also blog posts. You can read this one here:  https://terikanefield-blog.com/rapists-sexual-abusers-and-making-america-great-again/ …