Why do we put so much effort into writing job openings at Basecamp? Partly as a revulsion to trash like this.  https://angel.co/company/apex-10/jobs/584437-founding-mobile-engineer … 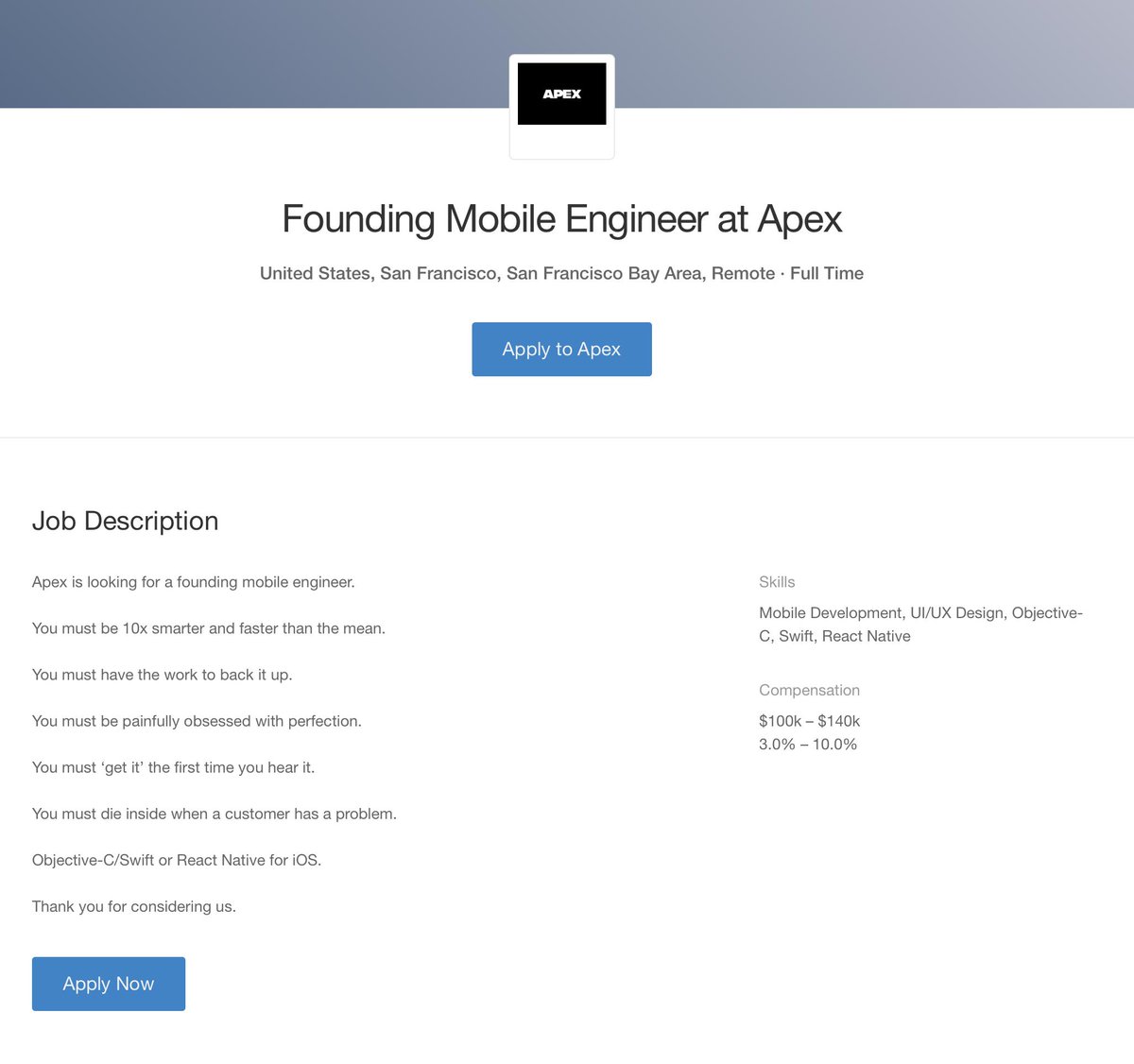 It reads like a fucking parody, but apparently no. This is @naval's new company. Aren't you excited to apply? Are you ready to "die inside" when a customer has a problem? To be scolded when you don't "get it the first time"? Be full of pain when "perfection" slips by?

Also, I shit you not. This is how they define their mission: "Apex helps you build better habits in fitness, nutrition and health". How about developing some of those healthy habits internally at the company first? Instead of this morbid fascination with pain and inner death?

I suppose an ad like that is likely to attract people who are just as delusional as the authors of this job posting: "Of course I'm a 10x engineer willing to work for half the pay of a senior Valley engineer, because I'm going to make it up on these startup options!!".

But it's also a fair warning to the future customers of whatever health device Apex is producing: With a culture like this, rest assured you're going to get a corresponding attitude towards privacy and ethics.