Our latest visual investigation shows that the +50 migrants killed by a July 2 airstrike in #Libya were being detained next to a weapons depot — a prime target. Before the attack, the E.U. ignored calls to move the migrants. Watch the investigation here:  https://www.youtube.com/watch?v=dpPTlm_OJjI …

My colleague @evanchill has summarized the main points of our investigation here: .

Details like the weapons and militia involved didn't make it into the video, but are interesting nonetheless. I'll discuss those here.

Located on the eastern outskirts of Tripoli, the Tajoura migrant detention center sheltered nearly 600 (mostly African) migrants and refugees. It is ran by the Directorate for Combating Illegal Migration (DCIM), an agency of the U.N.-backed Government of National Accord (GNA). 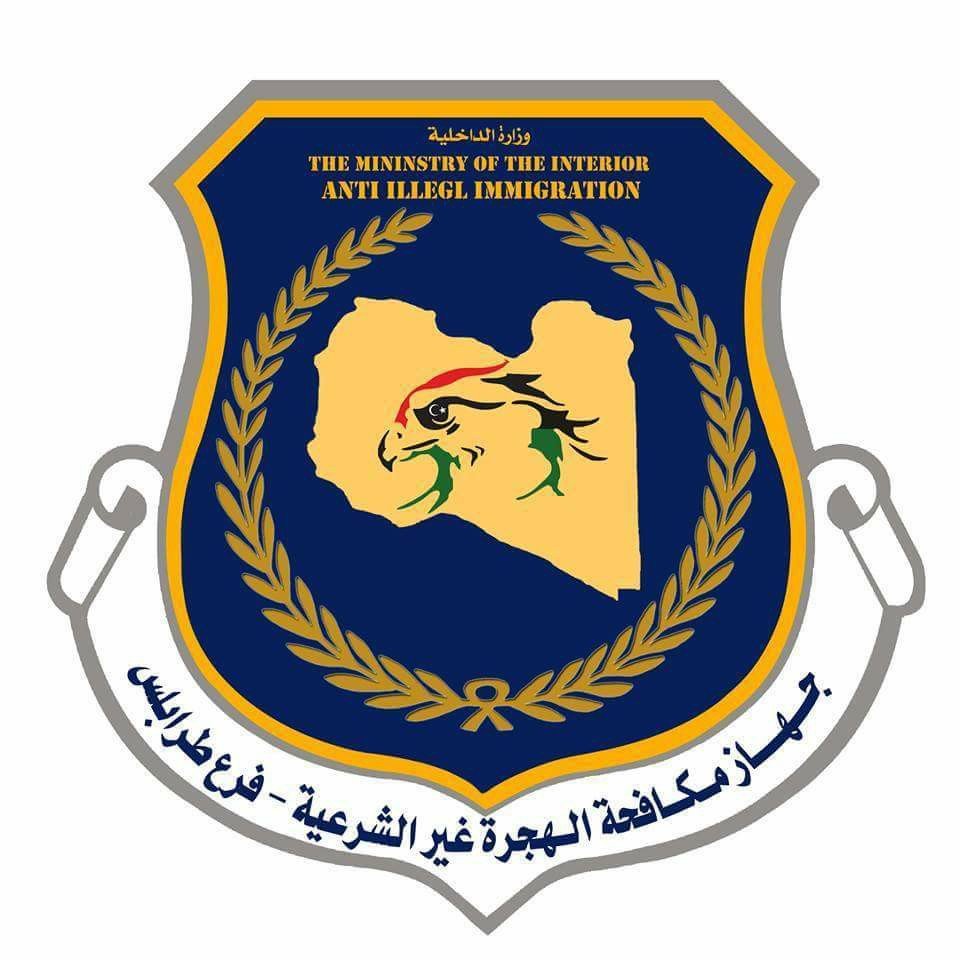 Not only is the Tajoura migrant detention center (for non-Libyan migrants and refufgees) located in between Libyan civil war frontlines.. it's actually located *inside* a military compound of the Dhaman Brigade, a pro-GNA militia. 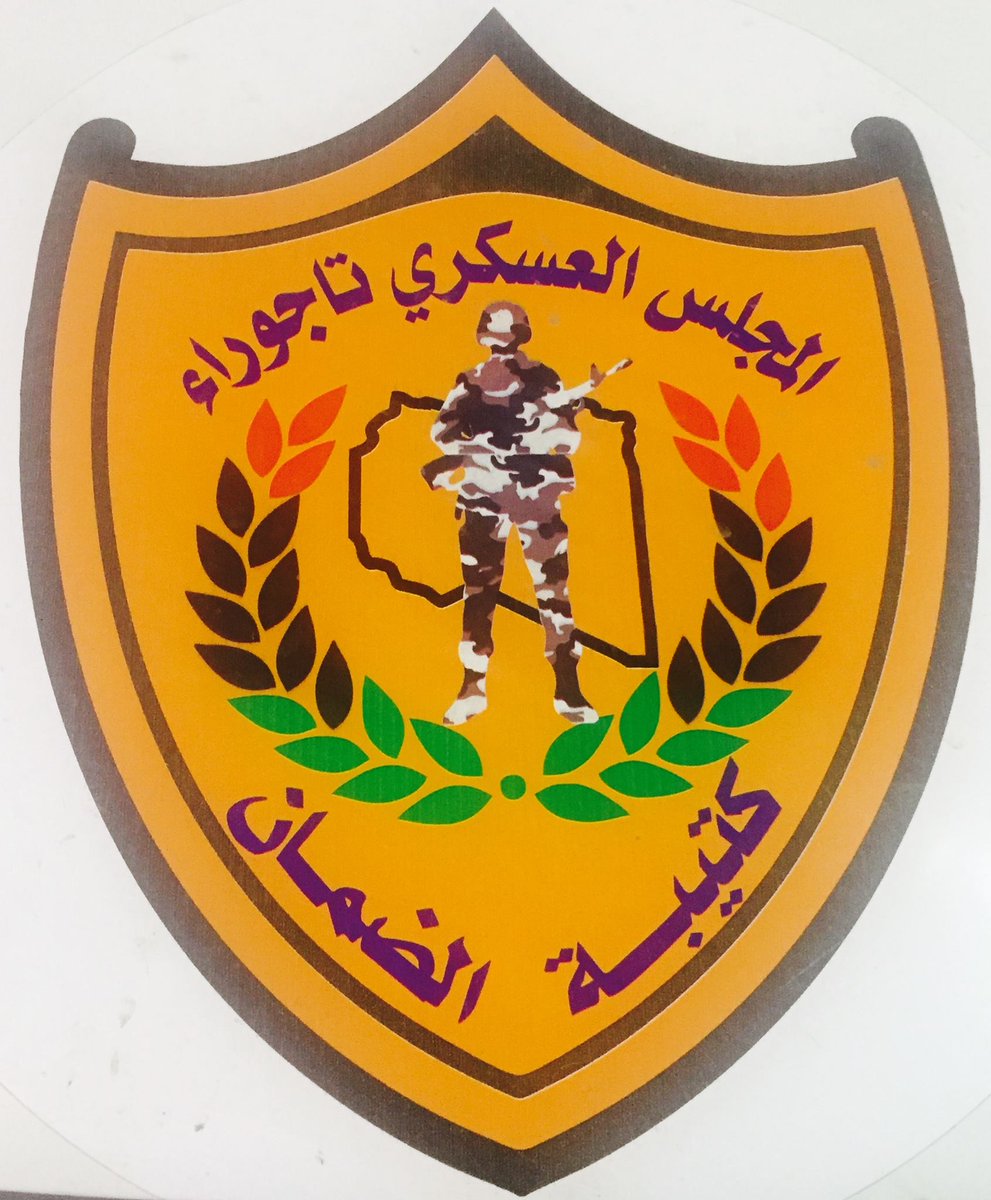 Thanks to reporting of @sallyhayd and @saracreta, we obtained several 📷s taken by migrants showing military equipment. We geolocated them ~100m from the migrant detention center, in a building dubbed the “weapons depot”. Here's one of those photos, showing a technical. 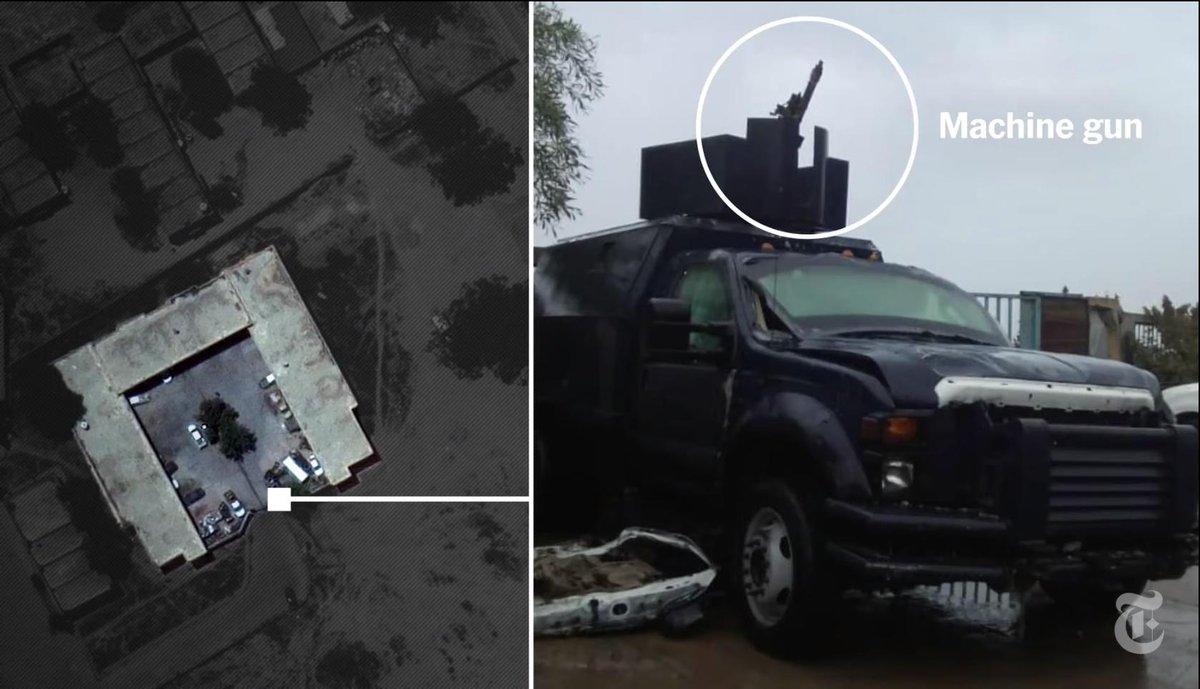 Migrants have told us they were forced to work in this weapons depot — cleaning and maintaining weapons for the pro-GNA Dhaman Brigade. We can corroborate their claims with, for example, this photo, which can be geolocated to the same depot. 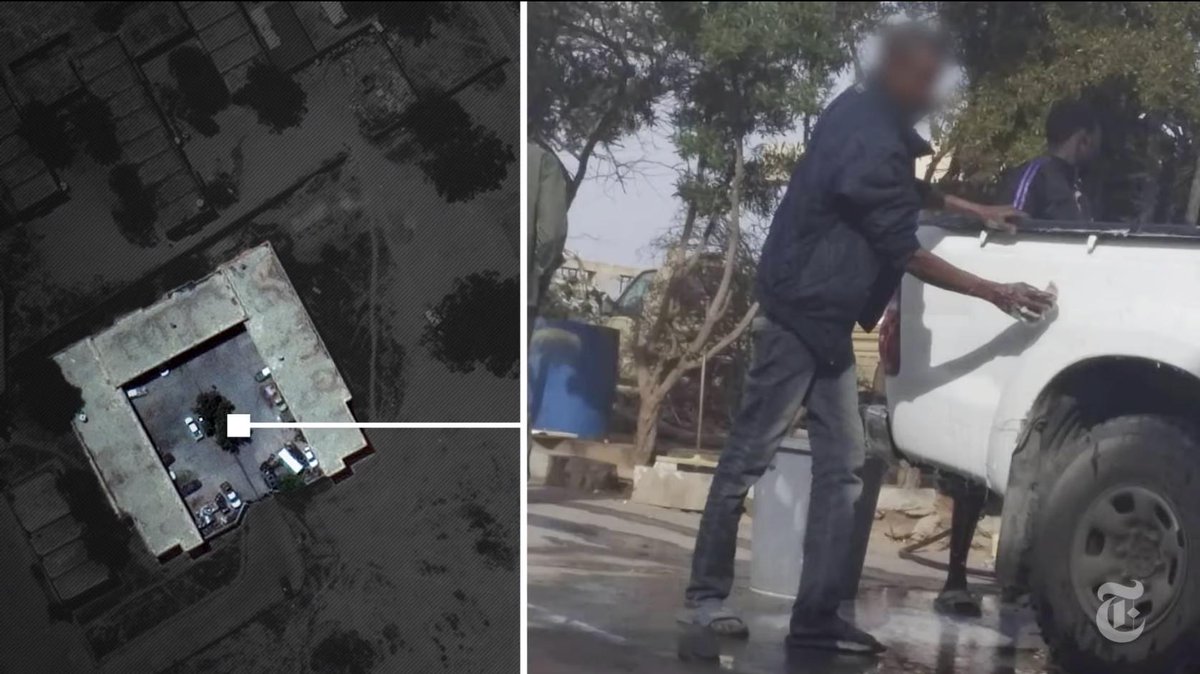 And it are not just technicals. This migrant — who is detained at Tajoura — took a selfie with a T-55A and shared it with @saracreta. (Thanks @oryxspioenkop for IDing this Soviet-made main battle tank.) 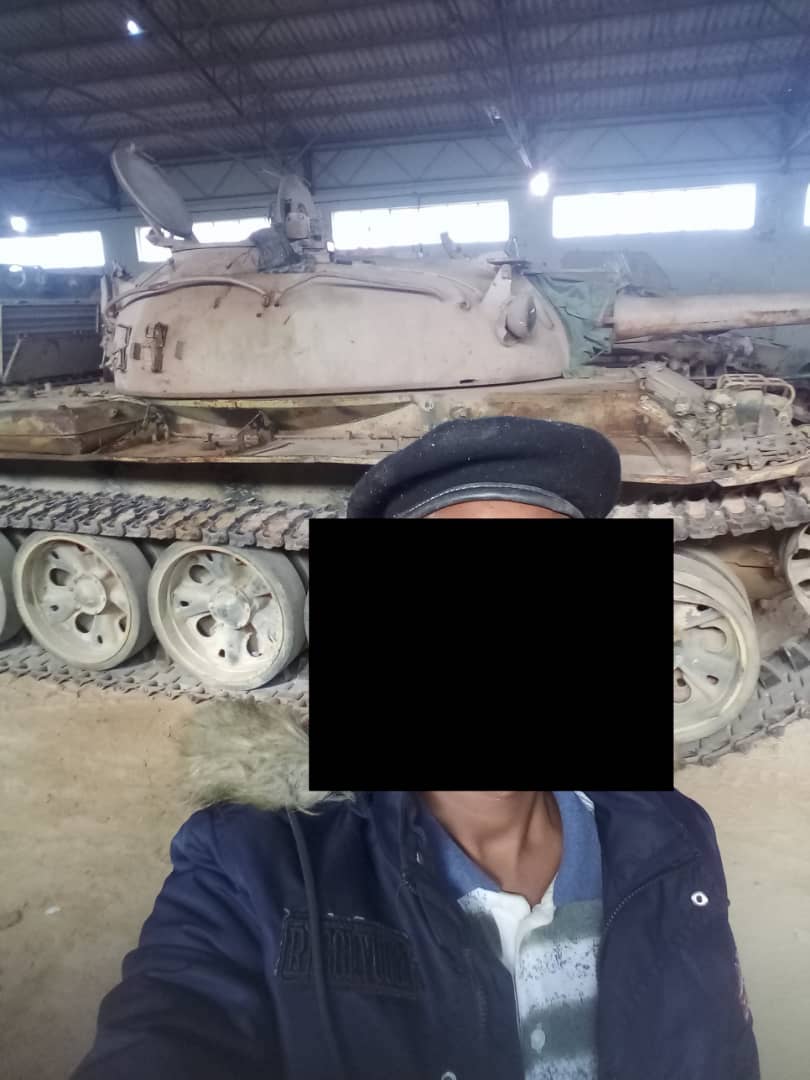 And that's not all. Some say that the pro-GNA Dhaman Brigade forced them to take up arms.. essentially conscripting migrants and refugees into a pro-GNA militia. Here are some photos of Tajoura detainees in military fatigue. 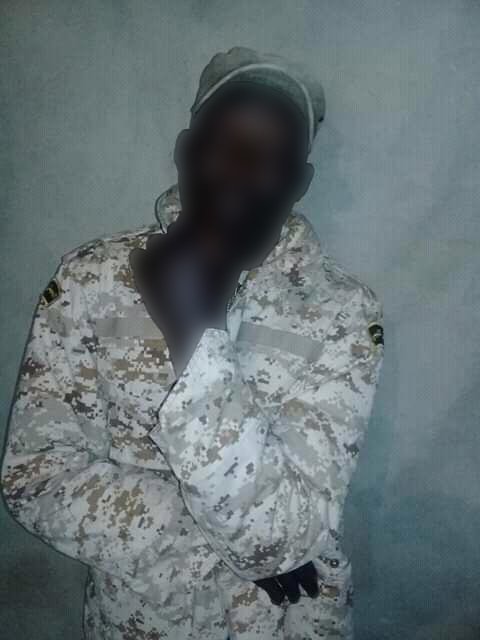 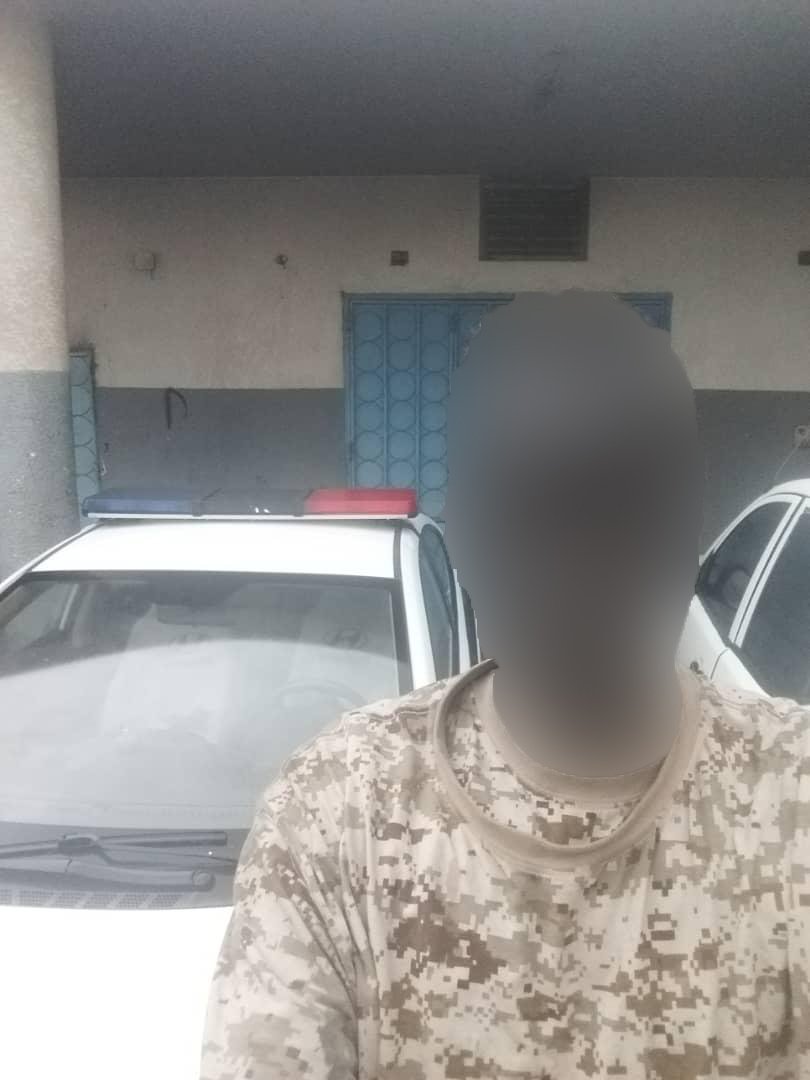 Why is this weapons depot key? 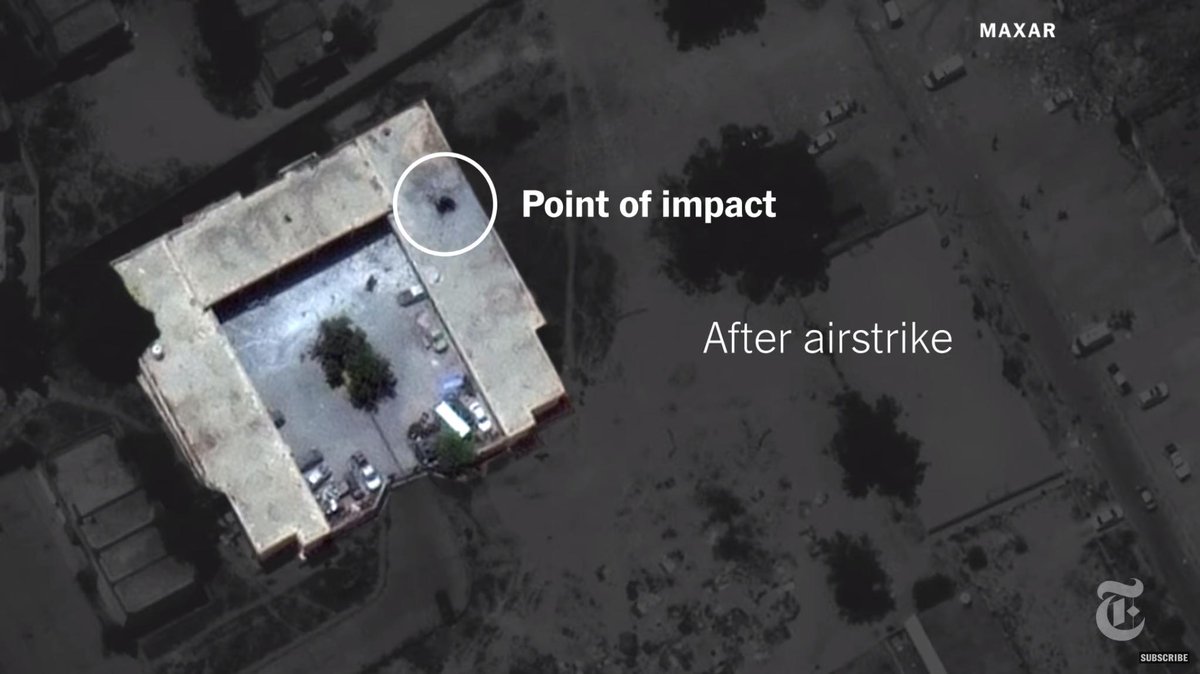 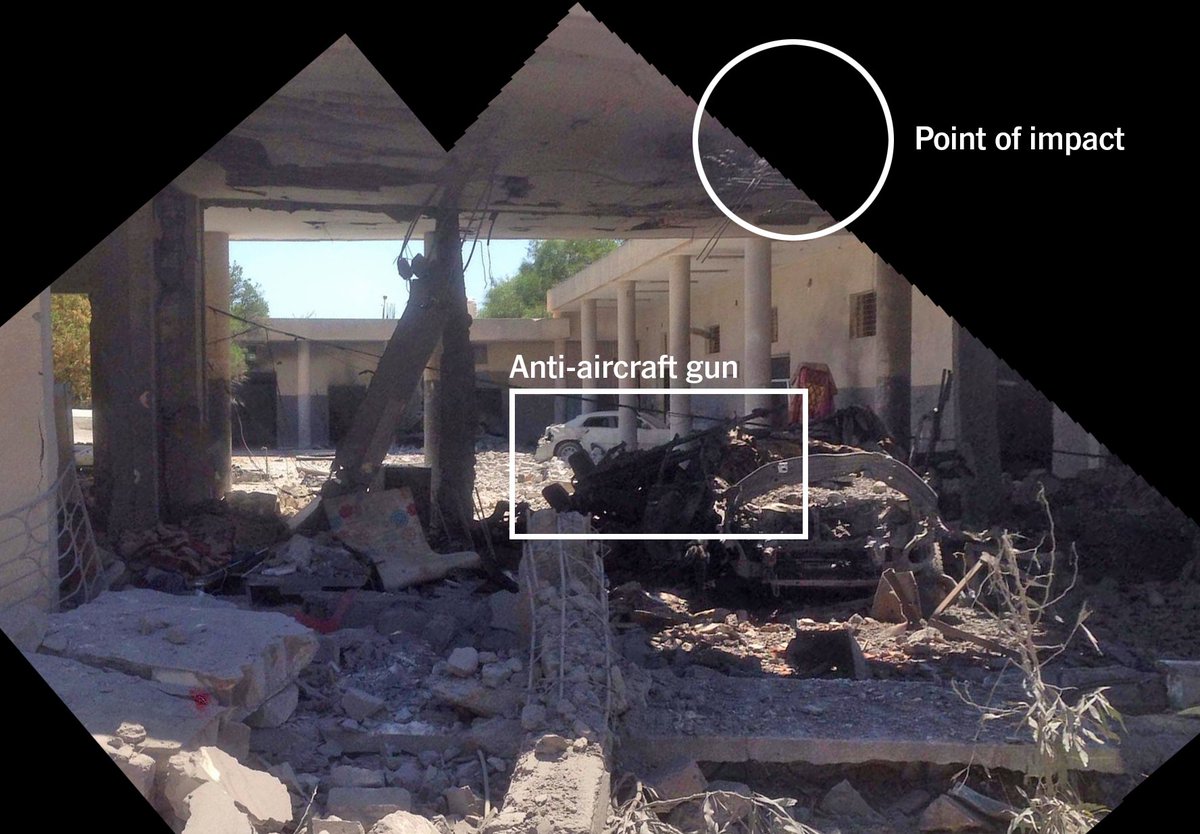 A surveillance camera on the detention center captured the moment of the strike on the weapons depot. Shrapnel flies across the parking lot towards the detention center. As smoke and debris spills out, people try to flee but are stopped by guards, witnesses tell us.

Then, at 23:39 (11min later), a strike directly hits the detention center, as @MalachyBrowne explains. It was also captured by the surveillance camera, showing how some try to break through a locked door to the victims on the other side. Continue 📹 here:  https://youtu.be/dpPTlm_OJjI?t=216 ….

“These migrants were sitting ducks for rebel airstrikes — and European officials should have known this,” @MalachyBrowne explains.

First, both 🇳🇱 Dutch and 🇮🇹 Italian officials visited the Tajoura detention center. They were aware of the dire situation in the camp, with Dutch Minister @SigridKaag going as far as to say that the camp “must be closed immediately”. That was March 2018.  https://www.volkskrant.nl/nieuws-achtergrond/kaag-libische-detentiecentra-voor-migranten-moeten-meteen-dicht~bdc2e147 …

Secondly, this wasn't the first time the same area was targeted. On May 7, 2019, an alleged airstrike hit a technical in the very same weapons depot and sent shrapnel through the roof of the migrant center. It's visible on the @Maxar 🛰📷. 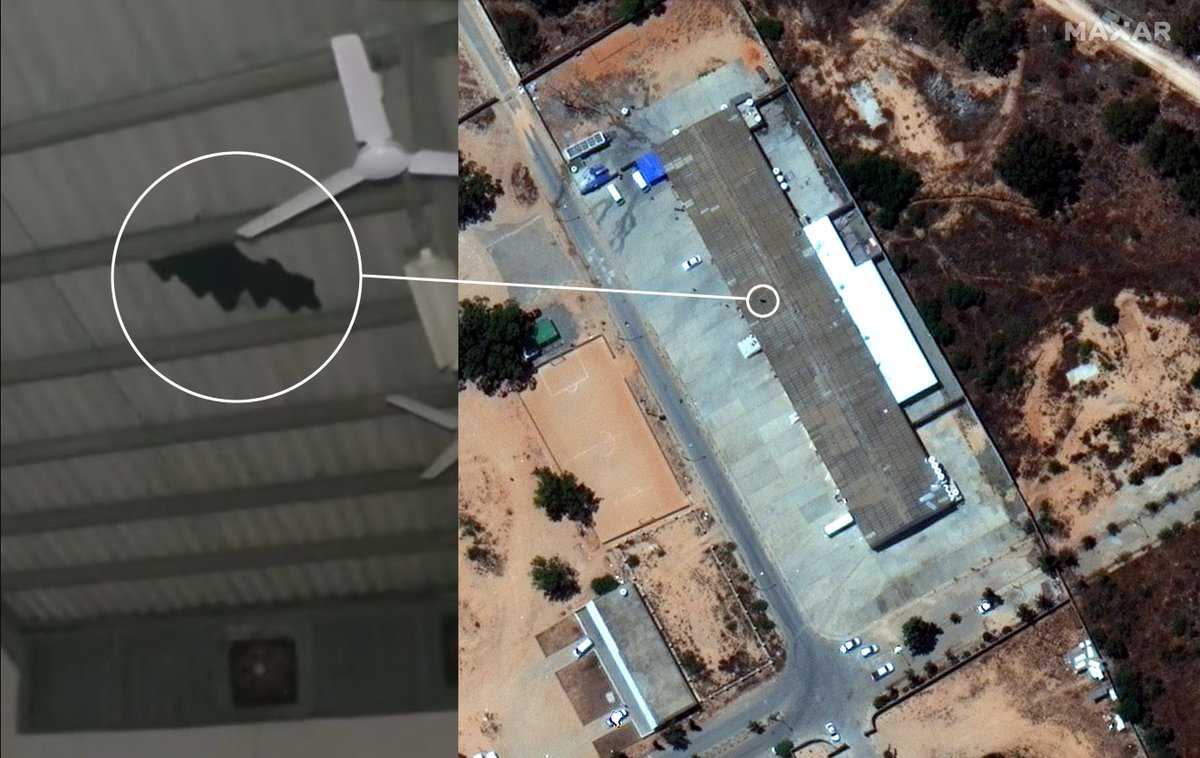 (Interesting detail: remember the black, slightly up-armored technical in this photo? We can't be entirely sure, but seems the May 7th strike on the weapons depot heavily damaged it, based reference 📹, 📷s and 📷🛰.) 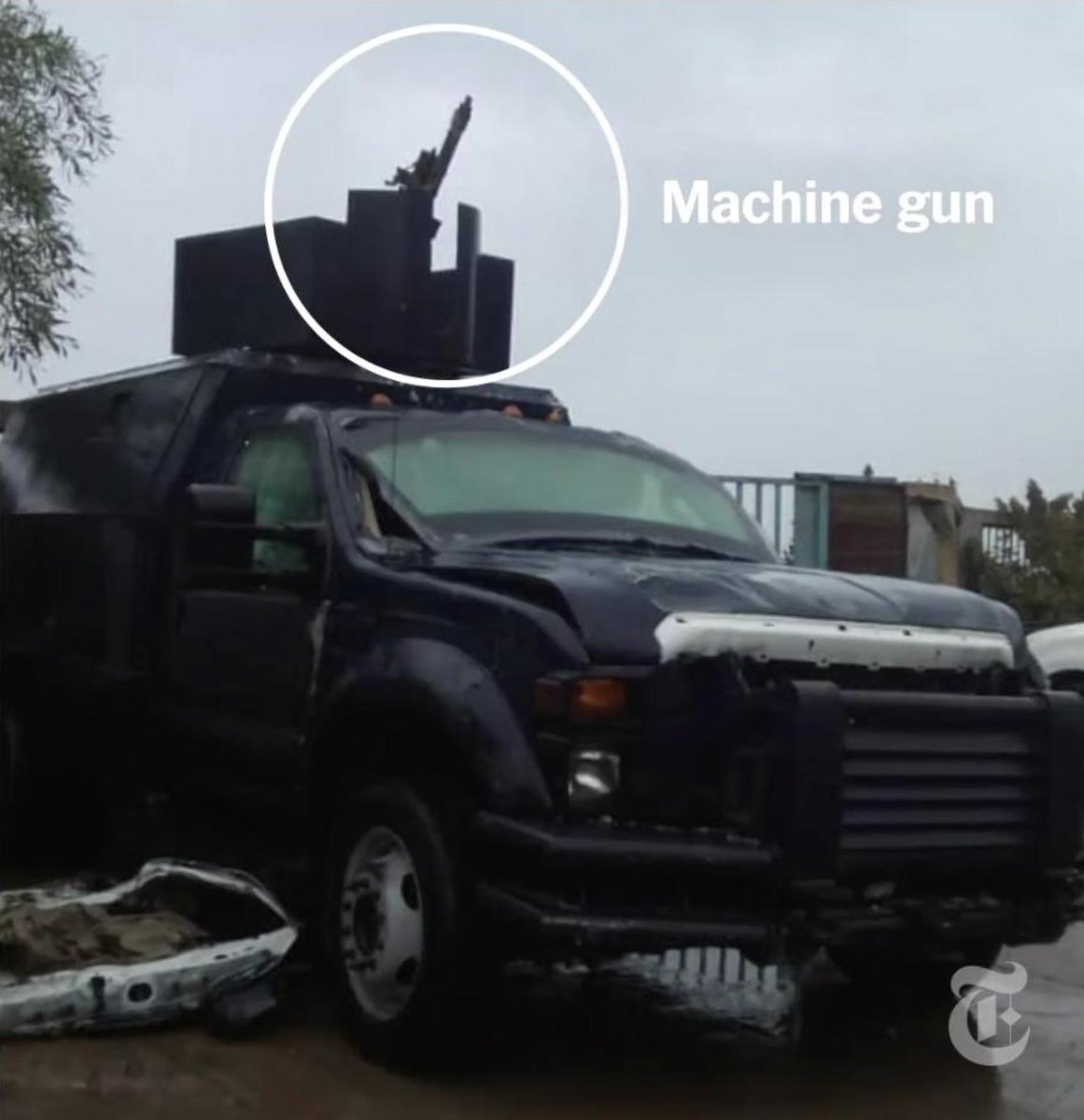 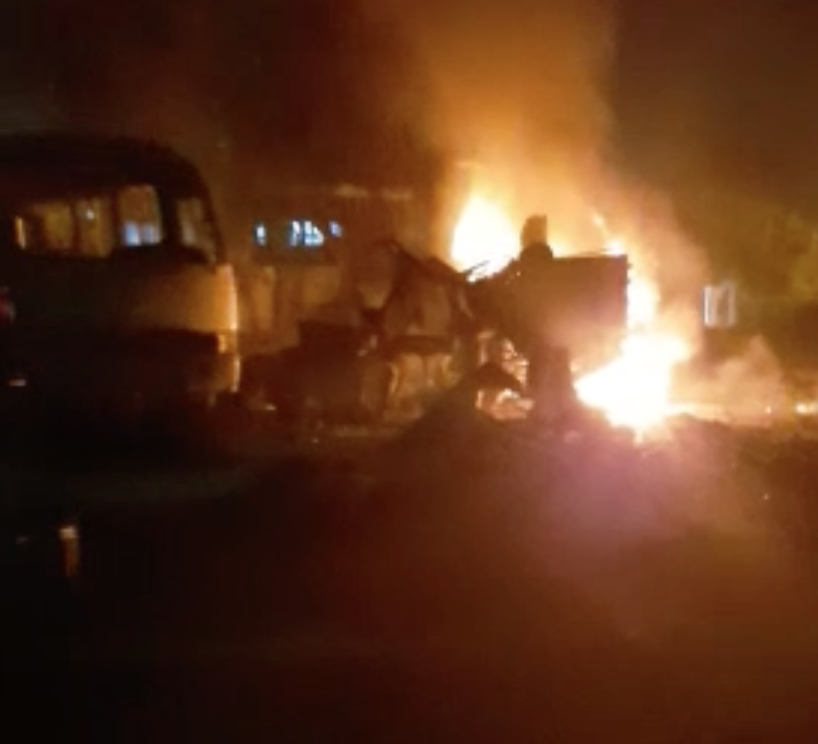 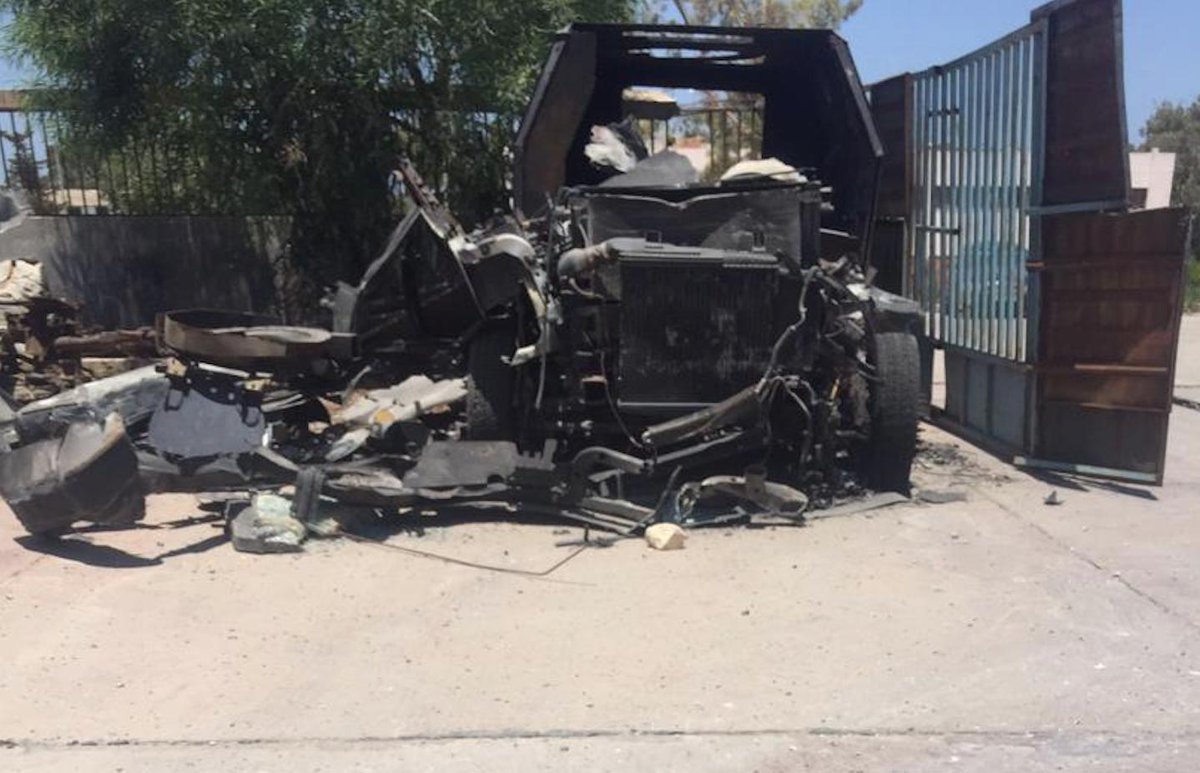 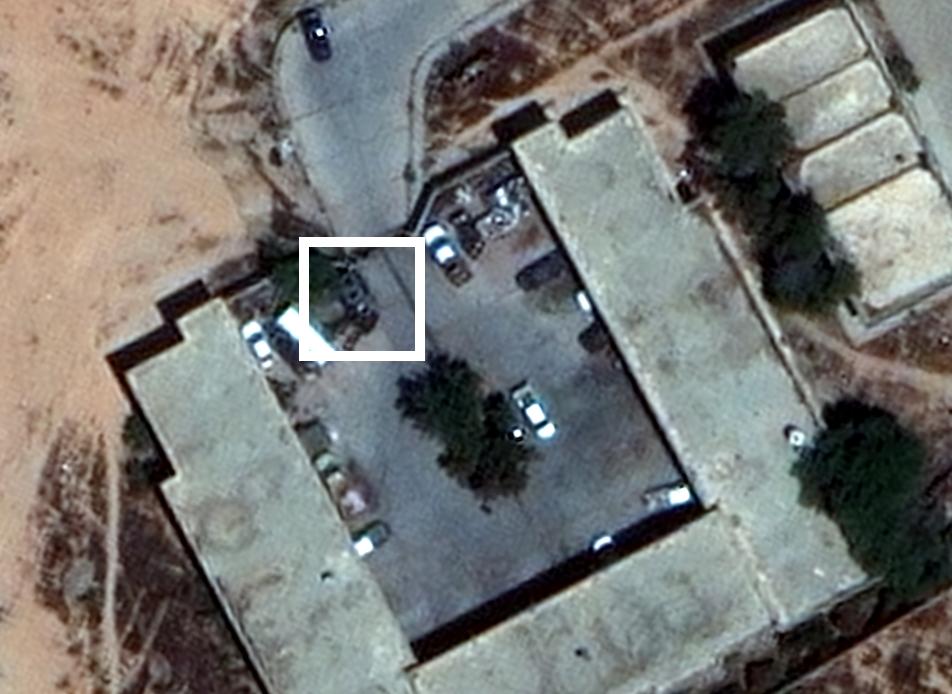