1. Exclusive: In 2014, John Boehner tried to bait Roger Ailes into pulling certain conservative lawmakers off the air by revealing non-public information about a forthcoming House investigation into Benghazi. All in @TimAlberta's new book  http://bit.ly/2JDQeR9

2. Roger Ailes, in a conversation with John Boehner, accused President Obama, without any evidence, of spying on him. 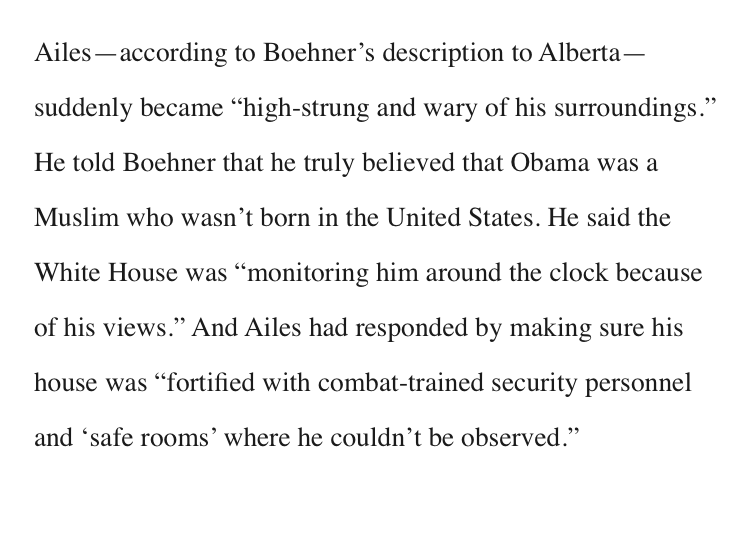 3. Boehner didn't want Fox News to book lawmakers like @replouiegohmert, @MicheleBachmann, & @SteveKingIA. He thought that these members were hurting the cause and making it difficult for him to do his job.

He hoped to convince Ailes to stop booking them  http://bit.ly/2JDQeR9

4. So Boehner brought up the forthcoming investigation into Benghazi. At the time, no one knew that the House planned on setting up a select committee. He hoped that Ailes, who hated Sec Clinton, would be pleased and consider not booking those lawmakers