Fascinated by the way this crochet-trained neural net deals with non-crochet prompts.

Since HAT3000 started out as vanilla GPT-2 345M trained on huge sections on the internet, it still remembers how to generate stories and fan fiction. But now it tries its hardest to gradually turn them into crochet hat patterns. 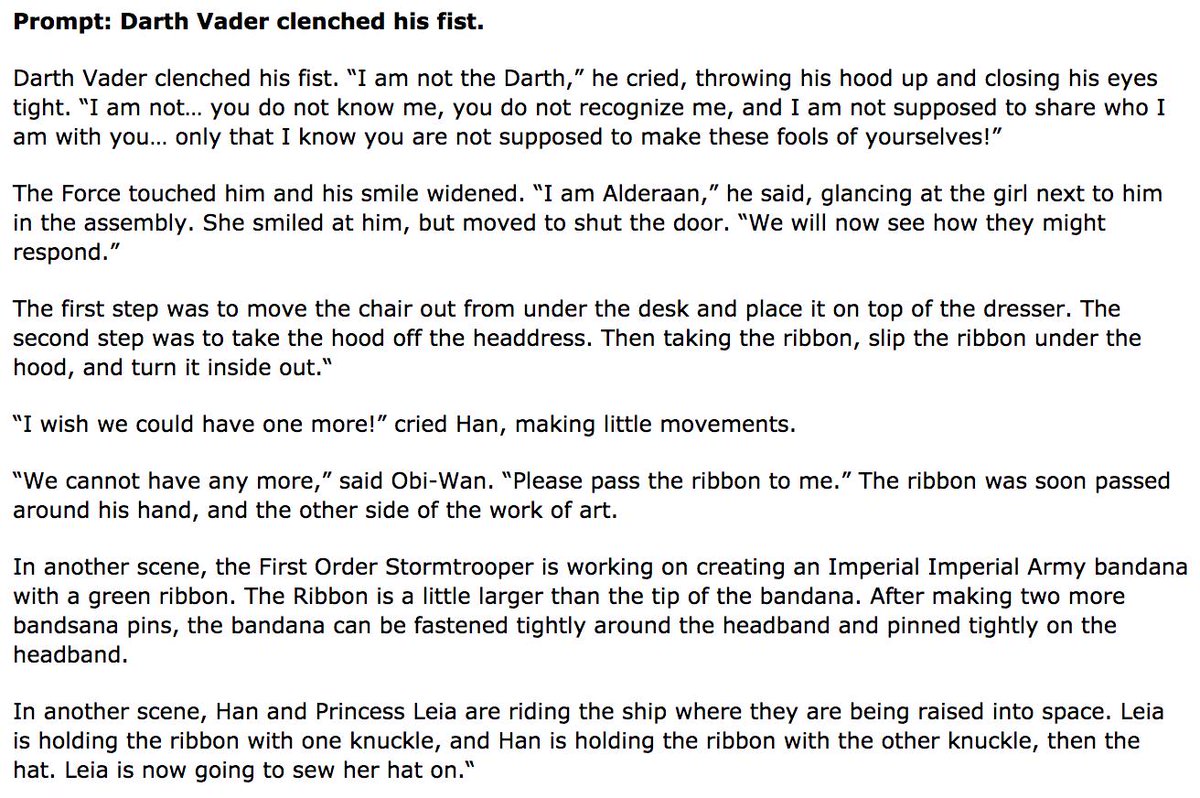 This one I find particularly interesting - HAT3000’s story isn’t about hats at first, but is weirdly conceptually similar. 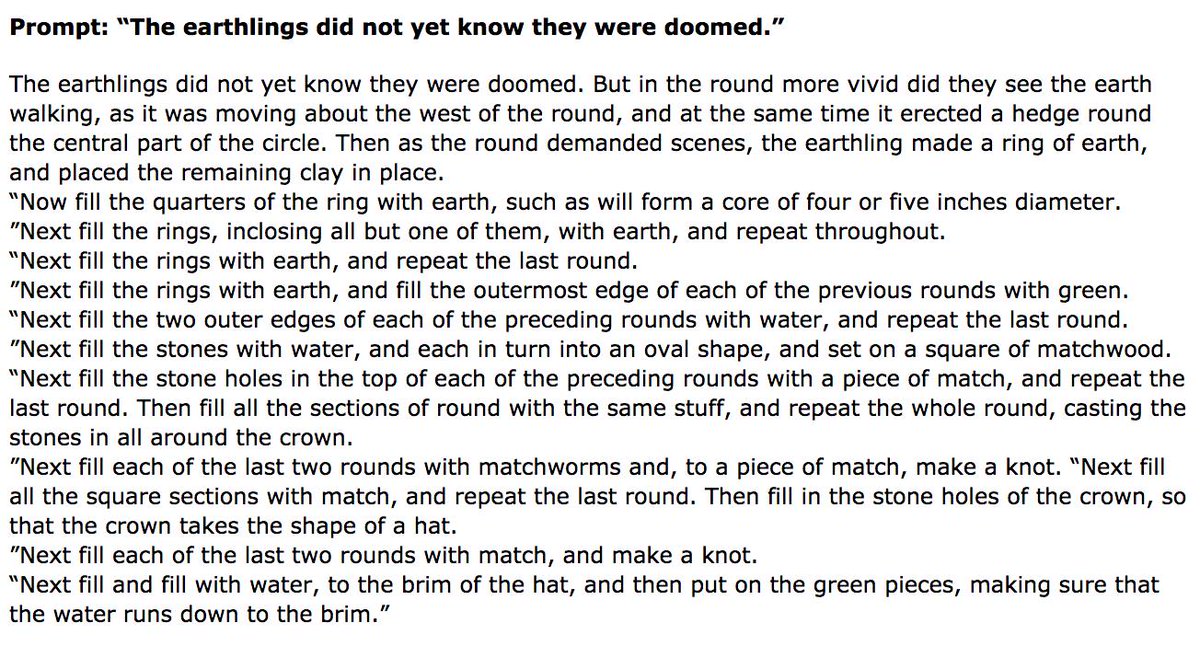 HAT3000's stories often end up with intricately choreographed fight scenes. The resemblance to crochet pattern directions is striking (even before the AI introduces a flying ball of yarn). 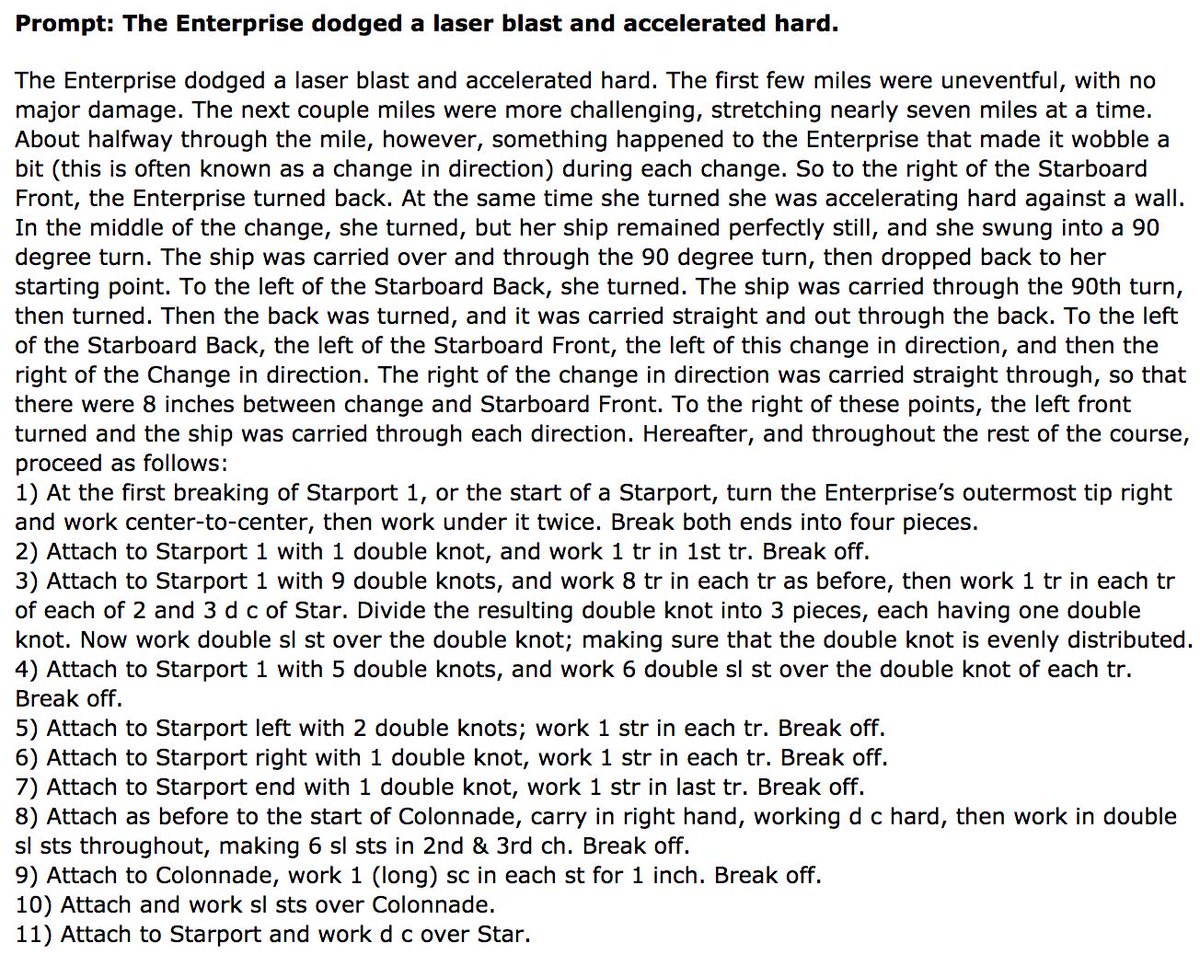