Dear @OversightDems: We will never have meaningful election-security reform unless you publicly expose the many lies and half-truths told by America's largest voting machine vendors & their surrogates. Pls #SubpoenaTheVendors now. You have the power. TY. #ProtectOurVotes 1/ 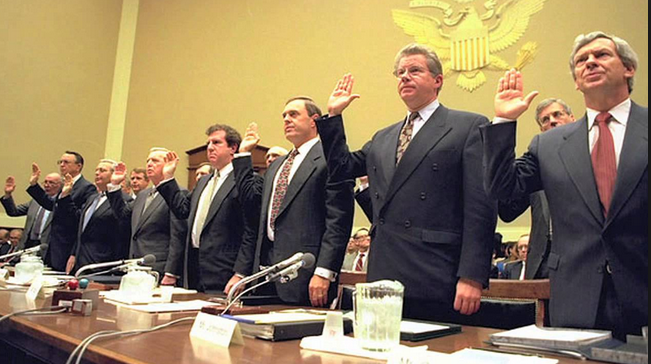 8/ Vendor surrogates even bury warnings, just like the tobacco companies did. Thread.

11/ ES&S also installed wireless modems in key swing states starting in 2015. Where else did they put them?!

13/ The public deserves to know that voting machine vendor ES&S's founder, who also served as director of Scytl starting in 2006, hired a convicted embezzler to program voting machines for Diebold, which ES&S acquired in 2009.

24/ We cannot continue this way. There is too much at stake. Sunlight is the only antidote for this affliction. Please #SubpoenaTheVendors now while you still can. Thank you.