1. Exclusive: I've obtained internal BBC emails that reveal that the broadcaster agreed to demands by the Iranian government to not distribute its coverage gathered while its correspondent was in Iran to its Persian language network BBC Persian.

2. BBC Persian staffers received this email from a digital editor ordering them not share coverage from correspondent @martinpatience now or ever. Note that even retweeting would be a violation of the agreement with Iran. 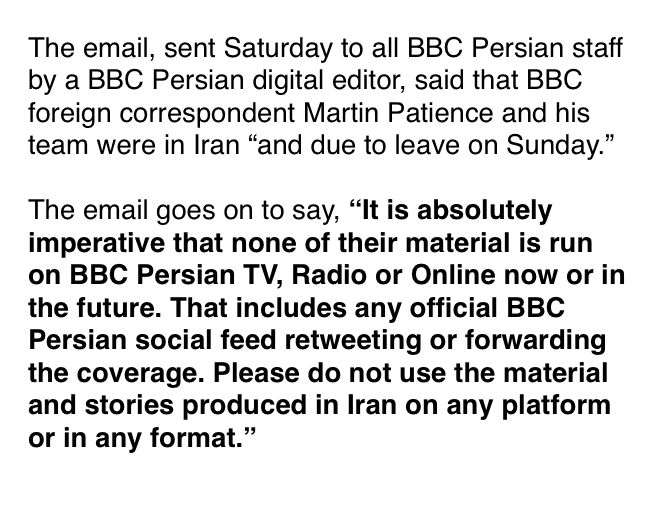 3. This is particularly egregious because BBC Persian staffers have been the #1 target of the Iranian gov. They're subjected to death threats, they're not allowed to visit elderly parents, their relatives are interrogated, & their assets have been frozen 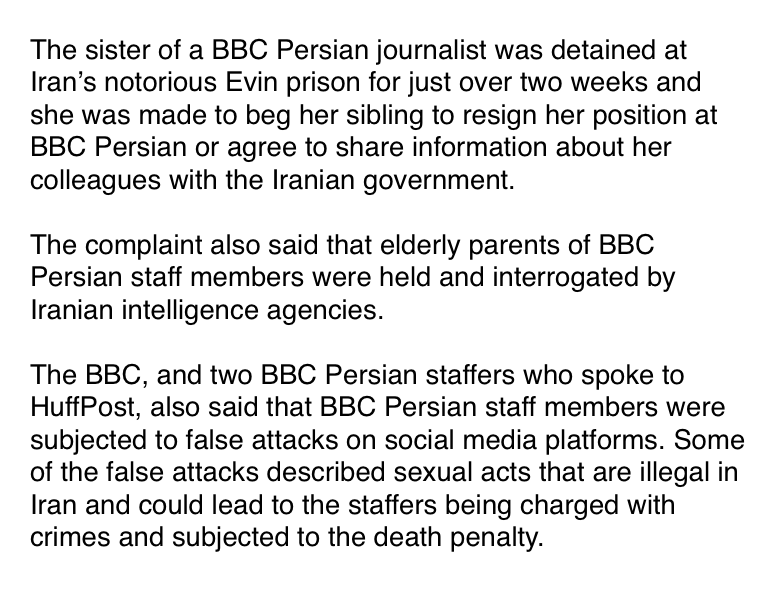 4. This wasn't the only time the BBC agreed to such restrictions. I obtained another email that revealed that when a BBC Arabic correspondent covered the Iranian revolution, BBC Persian staffers were also told to not share the reporting.

5. BBC Persian staffers who spoke to me are frustrated and angry. I obtained an email a staffer sent back in Feb that said: 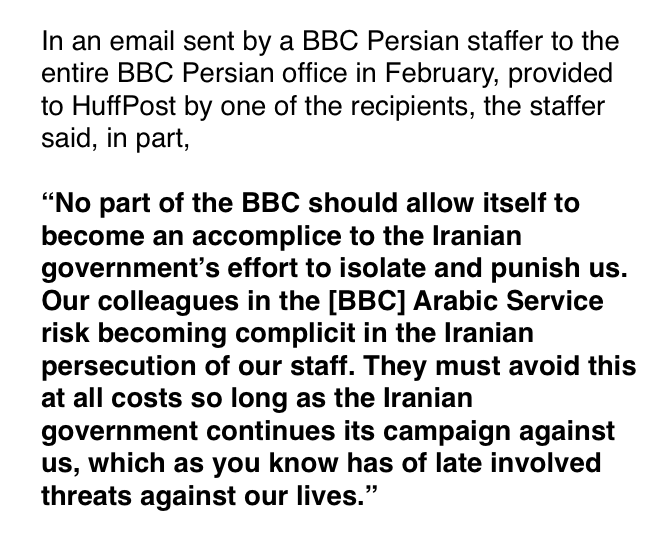 6. There have always been tensions between the Iranian gov and BBC Persian (during the Shah and now under the current regime). But things ramped up in 2009 when the Iranian gov blamed the BBC for increasing tensions after the 2009 presidential election.  http://bit.ly/2YTi0PL

7. The BBC's statement acknowledges they agreed to the restrictions. It's true Iran does limit access, you have to have a minder, & can't go everywhere you want

But there's a difference between that & agreeing to limit the distribution of your reporting! 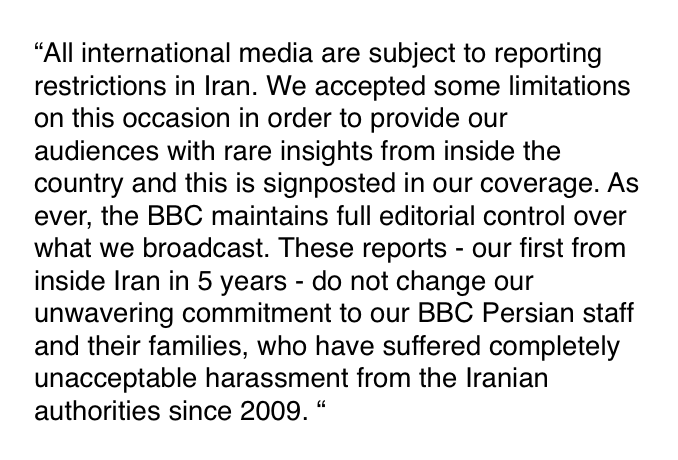 8. I've never written a story about Iran (I'll explain why later), so it would mean so much to me if you would read what we just published!

9. The official BBC Persian Twitter has tweeted out a story in Persian about my story

Meaning they have covered the fact that their parent network, BBC, agreed to terms set by the Iranian gov that BBC Persian is not to share reporting from within Iran