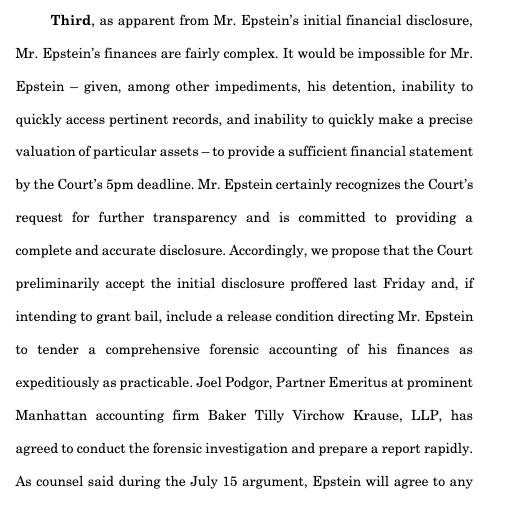 As for the passport, Epstein's attorneys say it was Austrian, expired 32 years ago, and, they claim, was used to protect himself from anti-Semitic attacks.

The government's post-argument briefing also contains a revelation that one of the people Epstein paid after @jkbjournalist's "Perversion of Justice" series was "named and featured prominently in the Herald." 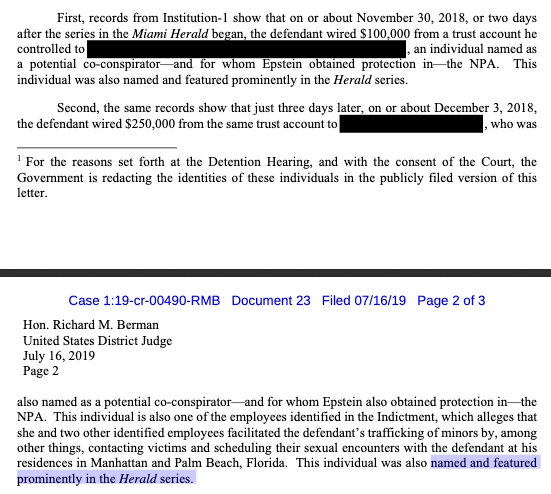 Prosecutors filed the fake passport under seal and said the safe had $70,000 in cash plus "48 loose diamond stones, ranging in size from approximately 1 carat to 2.38 carats, as well as a large diamond ring."

Epstein's brief can be read here:

The prosecutors' brief can be read here:

Also, unless I'm missing something, the attorney who signed Epstein's brief appears to have misspelled the name of his prominent co-counsel, Martin Weinberg. 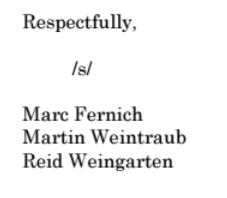