His base doesn’t mind if he's cruel to brown-skinned people, or a racist or a sexual predator.
https://www.huffpost.com/entry/bannon-far-right-french-racists_n_5aa45bade4b07047bec70239?guccounter=1&guce_referrer=aHR0cHM6Ly90LmNvL2VLUTI5blBYZjQ&guce_referrer_sig=AQAAADKUFKPb8bhTWguMa3jhnvzRol149RgLzOkR2pwuny5awMAEOMT8d5zTPVGBqr95k4oLkrazAy7-oCnCDCr1vBCqfaADgakLNIH9ZO4bJgX3h3USgSutaFcwV1G3shNFAUD7oTgSfCRlhwUz9hGCVoYBrL4L-GcLIGILnd2xNurg … h/t @AliaGvR

2/ Trump’s strategy is to excite his base & enrage everyone else.

Is anyone sputtering: “but what about family/Christian values”?

Evangelical values are about the hierarchy: Keeping women in their place.
Sexual exploitation helps with that. See👇

3/ Remember how shocked everyone was in 2015 when Trump doubled down on his “Mexicans are rapists” comment instead of doing what the GOP had been doing for years: Wink at the far right to get their votes, then "move to the center" for those votes.

4/ Trump did something new and different: He didn’t move [or pretend to move] to the center. He basically came right out and said: The GOP is a white nationalist party.

For more on his strategy of doubling down on his hardcore base, see Tweet 8 here:

5/ Trump’s tweets express a view of American citizenship that reaches back to our beginnings: The idea that America was founded for whites.

In 1864, Senator Lazarus Powell from KY, said, “I believe the country was made by white men for white men.” Quotation from⤵️ 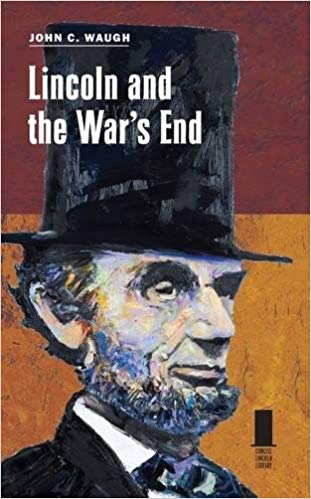 Because Trump’s strategy is to keep his base excited, I suggest that more likely, his tweets were a response to his devastating loss on the census citizenship question:
https://www.cnn.com/2019/07/16/politics/judge-permanently-blocks-citizenship-question-2020-census/index.html …
He was sending a message to his base. . .

7/ The message was: “We lost on the census citizenship question, but don’t worry! I remain committed to a white majority electorate.”

Don't let this get buried: Trump lost on the citizenship question.
Also:  https://www.npr.org/2019/07/16/742259233/trump-officials-face-cover-up-allegations-after-failed-citizenship-question-push …

8/ For the doomsday folks ("It’s too late! We’re already an autocracy!") I'll repeat:
Trump lost in court and accepted defeat on an issue that would done much to create white-minority rule.

The losing part may be what he doesn’t want you to see.

The point of Russian active measures wasn’t just to get Trump elected, it was to “undermine democracy, to make Americans lose confidence in our democratic institutions . . . “
https://www.pbs.org/newshour/show/russia-hacked-u-s-minds-and-undermined-democracy-author-says …

10/ When enough people lose confidence in democratic institutions, it’s all over.

Trump also wants you to lose confidence in democracy.

Maybe that's why he doesn’t want you to notice that democratic institutions are holding out—and he is losing.

All my threads are also blog posts. You can read this one here:  https://terikanefield-blog.com/trump-is-losing/ …