If the global average temperature rises 3°C (5.4°F) above pre-industrial levels, a major heat wave could kill almost 6,000 people in New York City, the research indicates. Similar events could kill more than 2,500 in Los Angeles and more than 2,300 in Miami. (2/5)

Scientists simulated three scenarios: One where nations do the bare minimum to curb carbon emissions by 2100 and two where they go beyond in their efforts. Using this and other data, they estimated how many heat-related deaths would occur at different temperatures. (3/5)

If warming reaches 3°C, scientists estimate a once-in-a-generation heat wave could kill over 20,000 people in these cities. Keeping warming to 2°C could save hundreds or thousands of lives and at 1.5°C, over half of the projected deaths could be prevented. (4/5) 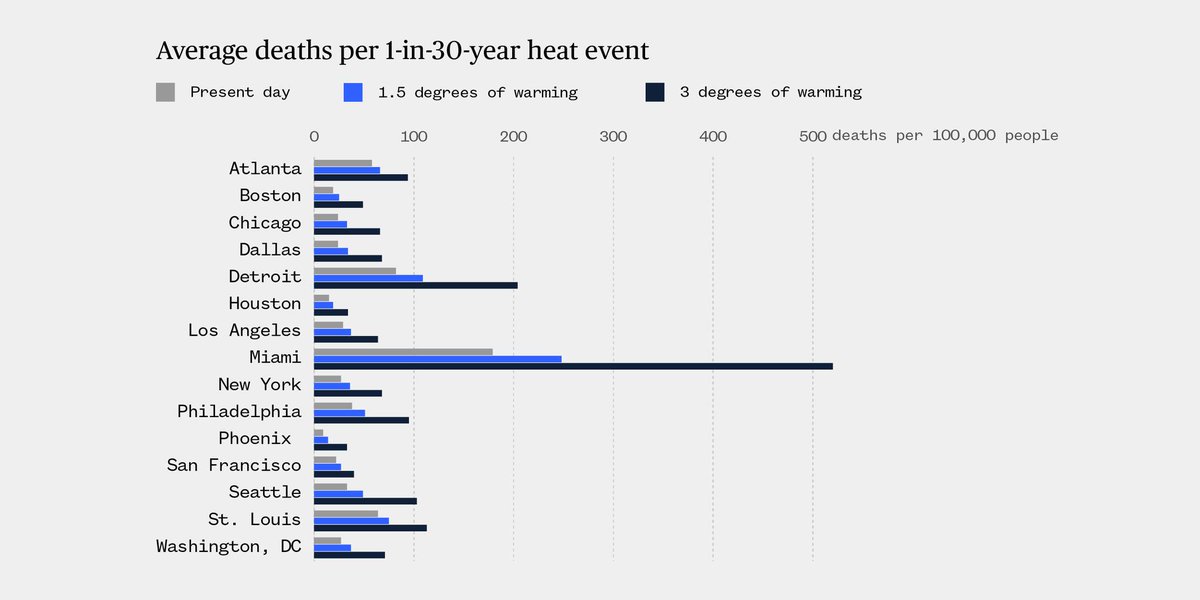 “There is, actually, still hope, and a very small window of opportunity” to keep global warming below international targets and prevent some heat-related deaths, says Eunice Lo, a climate scientist and a co-author of a paper describing the research. (5/5) #NBCNewsThreads