Good overview from @kkondik on the current partisan control over 2020s congressional redistricting, citing my assessment mapped here. Some states could change depending on 2019-2020 elections, but the GOP has a sizable advantage nearly as big as after 2010  http://crystalball.centerforpolitics.org/crystalball/articles/2020-redistricting-an-early-look/ … 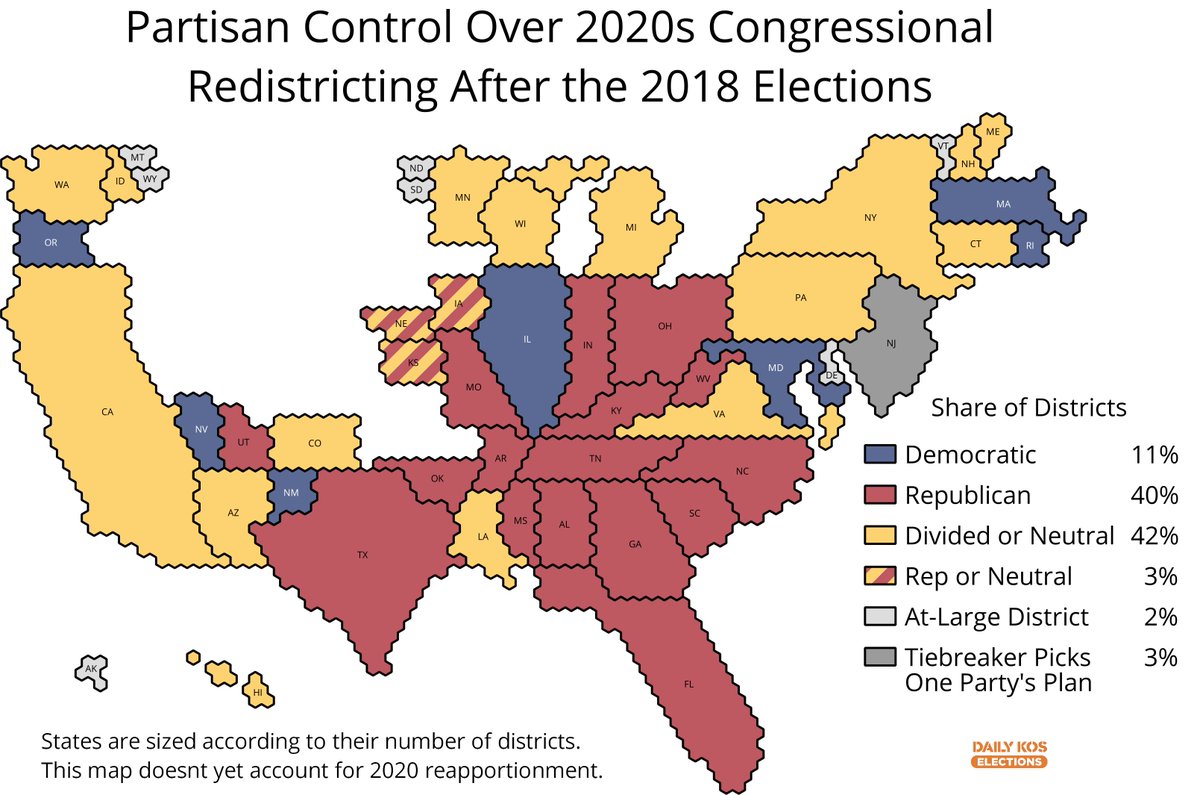 While there's a lot of red on this map, partisan control could become much more balanced after the 2020 elections, with NC & possibly even TX having divided government instead of the current GOP control. Supreme Court races are key in OH, as is a possible ballot initiative in FL

Montana could (& I'm guessing will) regain a second congressional district after the 2020 census. Here's what it would probably look like, & it would still favor the GOP. Rhode Island could also (& I'm also guessing will) lose its second district, eliminating a Democratic seat