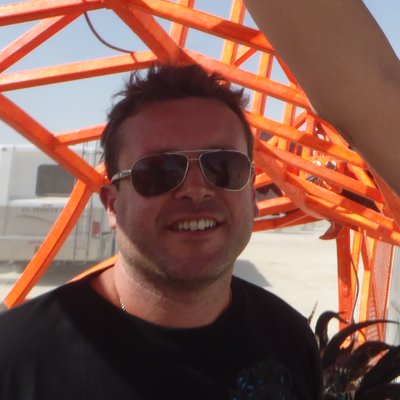 Steve Outtrim @steveouttrim Opinions are my own and do not reflect the University of Auckland in any way. Retweet≠Endorsement Wikipedia: bit.ly/2Jtf4Vw YouTube: bit.ly/30FzJuu Jul. 22, 2019 1 min read

1. Starting a thread to look at this. Someone connected to Cicada 3301 who publicly praised TS and Lestat is now dead after a police shoot-out in Arkansas. I've never heard of this guy, but what @vaporbatrecords is saying checks out.

2. The first thing I noticed was his Twitter profile pic, where he is wearing strange symbols and makeup like a demonic 🤡

3. Lestat did a video blaming TS for the death within hours - just as he did when Isaac Kappy died. I didn't see him present any evidence for this murder allegation, other than that the guy was a fan of TS (which fails to explain a police shootout).

4. The Lone Cicada also did a video blaming TS, and followed it up by reporting him to the Arkansas Police for "mindwar games"

5. This seems interesting because Bobby the Lone Cicada is the one who introduced Zelador to TS in the first place. He introduces a potential financial back story, "The Sony Deal" - a rumored Cicada3301 TV show or movie is in the works, triggering much of the #LARPwars

6. How was The LoneCicada able to schedule a live stream about the death for July 10, 2019? Does he have access to the #TimePhoneHack technology? Remote viewing - Project STARGATE?

7. Samuel Fullerton (39) had a history of violence and had a protection order taken out against him. He killed a Sheriff's Deputy responding to a domestic check. His 32-year old girlfriend was injured in the incident.

8. Zelador Petroff - and for now I guess we have to take the word of these people who know him that it's the same guy as Sam Fullerton - started the year with a morbid prediction


9. I've had bad Holiday Seasons before, but never actually thought of killing on Christmas Day

10. His last Tweet was about Great Men. Isaac Kappy also referenced a "Great Man" in his last social media message.